I’m aware that not everyone reads Cycling Weekly so just thought i’d share this. Hits the nail on the head in so many ways:

The weekend ride is a sacred ritual, but what motivates us to haul ourselves out of bed on a Sunday morning? Lunacy, says Dr Hutch 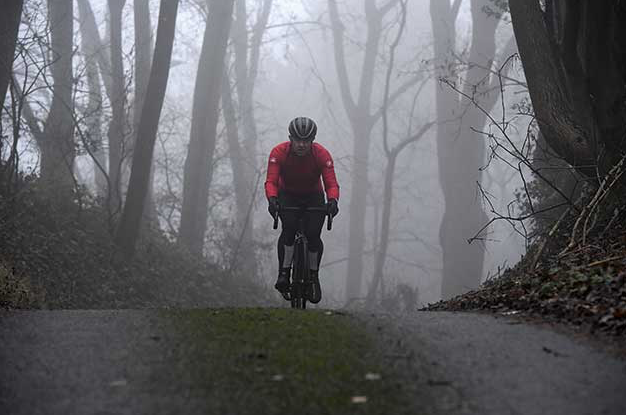 In common with church bell-ringers, fans of The Archers, and angry men with thick necks who spill out of nightclubs in the early hours in a state of intoxicated rage and try to start fights with pillar-boxes, a cyclist’s week reaches its zenith early on a Sunday morning.

It’s traditionally the time for long rides, and has been since the late 19th century. That means that for well over 100 years it has been the source of more tension and argument than anything else in the world of the bike rider.

The primary misunderstanding comes from members of your own family. They are under the impression that you’re doing it for fun. They think that riding 100 miles in the drizzle is as much fun for you as eating a litre of ice cream and watching a Seinfeld box-set is for them.

Your family don’t appreciate that the long Sunday ride is a noble cause. A chance to commune with your own physicality. To bond with your friends. To look your own mortality in the eye. And to wonder every 400 yards why the hell you’re doing this to yourself.

Actually, the question of why you’re doing your long ride is one you probably don’t want to examine too closely. Most riders will argue that they’re “training”. The problem with this is that suffering through one long miserable ride so that at some point in the future you can suffer through another ride that’s even longer and more miserable is the kind of thinking that in less-enlightened eras got a chap institutionalised. Care-in-the-community is the only reason most of us still have our liberty.

Another doubtful reason for a long ride is that it’s a good way to lose weight. I’d be the first to admit that I have, once or twice, worked out how many calories I’ve eaten and then calculated how long I have to ride for to get rid of them. And I’ve learned that the technical term for this variety of mathematics is “a disorder”.

“Fresh air” is another red herring. By my calculations a rider doing 100 miles is inhaling and exhaling around 30,000 litres of air. No one is that lacking in freshness. (Although you could point out to your family that if you rode the turbo trainer at home instead, they’d all asphyxiate.)

I have had friends down the years whose reasons for riding have been more suspect. One of them attributed a successful year’s racing to his wife. “I came to hate the sight of her, so I started riding longer to avoid getting home until she’d gone to bed. What can I say? Best. Season. Ever.”

This thought, delivered in an awards’ speech, received a standing ovation because the rest of the club couldn’t stand her either.

And finally, let’s not kid ourselves — we aren’t “enjoying each other’s company”. The most that I think anyone I ride with would say for me is that I occasionally provide a bit of inadvertent entertainment when I lose my temper with my own gear levers. If we really liked each other then surely we’d just go and eat cake in a local cafe, rather than insisting on one 50 miles away.

Still, we do it because without the long ride there would be an aching hole in our Sunday that we’d have to fill with something else, like DIY, or making jam, or taking the children to yet another unmissable pre-teen shindig.

By the way, don’t try to explain that the long ride isn’t “fun” in the ice cream sense. Your family already think you’re eccentric. An attempt at clarification will make them think there’s something seriously wrong with you.

Road Runs
To the Jovial Lookout with the BFG
The challenge to find the Rickshaw, err, challenge.