Loggerheads. What doesn’t kill you…

The weather forecast is a good starting point for any outdoor activities and these days they are far more accurate and reliable than they used to be however I still think it’s a great idea to just open the door, smell the air, look at the sky, feel the wind. Then make a decision about the day’s activities.

I had been looking at the various Facebook posts on Saturday night and Sunday morning but what I was seeing through the window over my porridge didn’t stack up with the tales of coming horror. So I got appropriately dressed and popped down to the club.

Ewart was there, up at lord knows what time to visit the rugby club but not get out of his van. I was heartened by what he said though, ‘It’s sunny at Chester’. New guy Mike was there. He said he was not up for a long one in the cruel weather but if we could drop him off in the direction of a cake shop he’d be happy. Andy Wooley arrived, first time out since 1826 it would seem and very game just to do 20 miles.

Standing around for an age in the chill is not an ideal way to start the day but as we were about to set off Matt B arrived, all high FTP, low fatigue and rested legs. Matt wanted to go no more then about 40 miles. I said, ‘let’s head off in to the wind and see how we feel’. So we did.

Weaverham and out towards the forest and Mike said he wanted to go back to Cuddington and the promise of a Chatwins cake so at the top of the Norley drag he and Andy turned left and me and Matt set off through the forest.

‘So where are we going?’, asked Matt. I was thinking of getting to Chester and seeing how we feel.

At the end of the forest Matt suggested Old Ma’s or somesuch. ‘Nah’, I said.

So we ground our way straight down the main road in to Chester, Matt taking the majority of the strain. Something he was to do all day. Thankfully though Matt has taken the sensible decision of installing proper flaps on his mudguards so I was clean and tidy behind. In fact along the main road, although the wind was a nuisance, just had Ewart had promised the sky had cleared with some definite patches of blue in between blackened   Harry Potter skies.

At the Vicars Cross lights Matt asked again. I suggested, ‘Shall we head to Loggerheads?’. ‘Oh **** it, go on then’, he said.

So, straight through Chester and down Lache Lane towards Kinnerton, the wind always in our faces, the weather alternating between snow, bright skies and hail on a 15 minute rotation. Near the Royal Oak we agreed that we would go straight to Loggerheads. Unfortunately we did not agree exactly what that meant and this lead to a mix-up that can best be explained by looking at our Strava flybys. As it was, up Kinnerton Lane Matt rode away from me, I saw him in the distance turn left at the main road and then disappear from view. When I got to the main road I headed ‘straight’ to Loggerheads, i.e. in the direction of Mold. Matt had taken the road towards Treuddyn, gone a mile or 2 down there and waited for me. When I didn’t turn up he thought I must have had a mechanical or something and rode back to the junction at the top of Kinnerton Lane. Meanwhile I was grinding on in to the wind, doing my best to catch him up. At the top of Kinnerton Lane Matt called me, riding through a blizzard at this point, I stopped at the side of the road and called him back. We had a discussion about where I was heading, Matt said he would catch up and I rode on the few miles to the outskirts of Mold where I waited for him. I think he just wanted the chase and to be able to stretch his legs actually. In any case the skies cleared a bit and we went in to Mold, turned left up through the town centre and thence on to the Rainbow, Matt sensibly sitting on my wheel in case I went awol again.

The Caffi Florence was a welcome haven, it’s warm interior and smells of coffee and cake a nice relief from the headwind. Ridiculously the guy that served Matt asked him if he would be sitting in or out – It was about minus 2 outside! I mean, we might be stupid but we aren’t stupid. 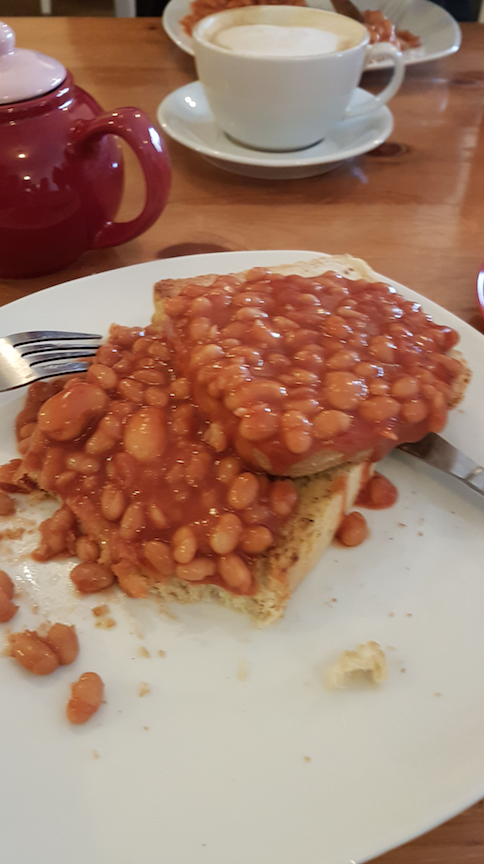 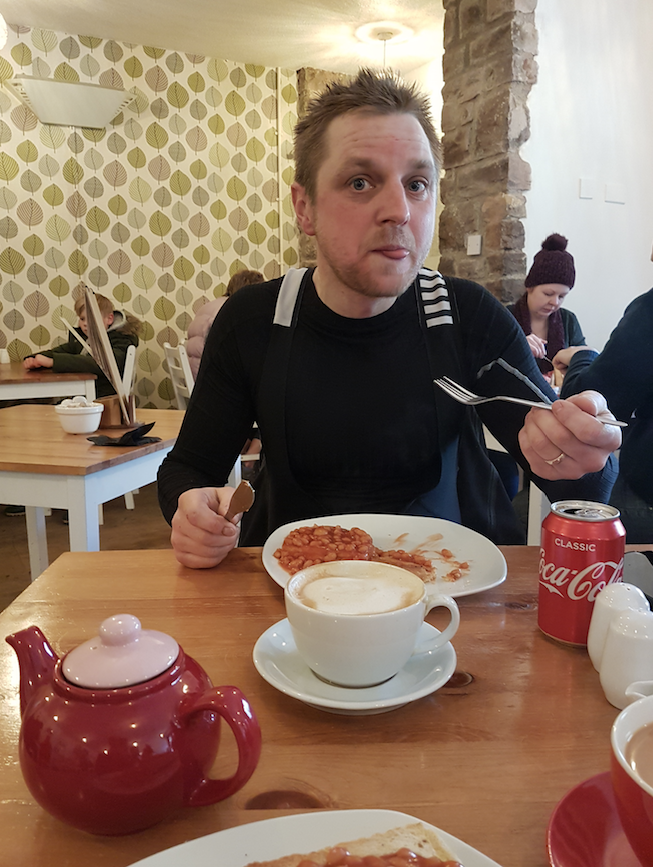 Beans on toast, tea, coffee, and coke consumed, we set off again and immediately the tailwind was flattering. Up the Rainbow and 45mph down the other side was a good start. It was still chilly of course but we had a good pace on and didn’t really feel any wind until we were above about 26mph and we averaged about 22mph for mile after mile. At the rise towards Padeswood Matt proved too strong for me and pulled away until the top of the hill where we regrouped and stayed together to get shoved by the friendly tailwind through Saltney and in to Chester.

Out of Chester, directly down the main road, the tailwind again brilliant, being comfortably pushed along at over 25mph until the climb up to Tarvin where Matt again showed his class and the elastic broke, I blew and the gap was instantly huge. Matt waited for me at Ashton Lane and we rode towards the forest together. The weather had been dry and fairly bright since the café but all of a sudden at Ashton we had a 5 minute deluge of cricket ball sized hail, it was like being constantly shot.

Up the Delamere Ventoux and Matt easily distanced me, I made no attempt to keep with him. I knew I had hollow legs at this point and I plodded along to Hatchmere where Matt was waiting for millionth time.

From here we stayed more of less together all the way to Northwich. Matt mostly on the front, dragging me along.

So it was, 6 or so hours after leaving the house, I returned. In a similar way to Mr Froome’s  epic a couple of weeks ago, this was my ‘empty the tank’ ride, with Matt being my motorpacer. A fabulous, challenging day on the bike although it must be said I have been out in far worse weather. Average temperature for the day about zero degrees, 76 miles covered, over 3000 feet of climbing. Roll on next time…