Horseshoe Pass. The day after the night before.

Many, many years ago, on several occasions whilst out training on hot summer days, me and a few other people would stop off at the pub in Cilcain and have a pint or 2 and then see whether we could ride home without ending up in a hedge. What a laugh. Perhaps this behaviour explains why I was never very successful racing or perhaps that bit is explained by me just not being very good. Anyhow, ever since I have been a ‘grown up’, I could not contemplate getting on the bike with alcohol inside me, I know too well the way it incapacitates me and turns me in to a gibbering wreck.

Saturday afternoon at 2.30, Me, Paula and Kate were at a party at the house of some very good friends.

That glass emptied and Andy asked, ‘Another?’.

And so it started. The wine flowed, my mouth opened, the glass drained, I became less and less in control of my speech and limbs. It got to about 10.30, 8 hours of drinking, time for children to go to bed and so the party wound up. I don’t know how much I had got through by this point but I know it was too much.

Sunday at 7.00am, lying in bed before the alarm went off with my heart banging like a deranged drummer in my chest and sweat coming off me in rivers and I was torn. Stay in bed and have the mother of all hangovers or get out of bed, get on the bike and do a bit. I decided on the latter. 2 paracetamol, a bowl of porridge and 2 mugs of tea and I was out in the crisp morning air. One thing is for certain, I would not have driven a car feeling as rough as that.

On the ride out to Northwich I decided to join up with the long run and see how I got on. There were a dozen of us out; Jim, Jules, Emily, Craig, Steve M, Alex, Stu W, Matt B, Ken B, Paul and Me. Of course the group was heading for Llangollen and the Horseshoe Pass but I expected to keep up for an hour or so then peel off and crawl home. The day’s first wake up call was Cinder Hill in Whitegate and this set the tone for my day because although we were going at a very reasonable speed my heart was up to over 180bpm and I’m sure I was sweating pure alcohol.

The day went on, not a lot of wind, cool but nothing like last Sunday and a fairly tight group on the road. That was how it was for everyone else. For me, deep in to a hangover, still sweating but cold, heart racing, shaking, I wondered what on earth I was doing. Why hadn’t I turned around? Why hadn’t I been sick yet? Surely that would make me feel better and I really felt on the verge of it for mile after mile.

Near Peckforton a guy latched on to us who had been dropped from his reliability trial group, he stayed with us till Malpas before going off on his own. Our formation broke up just a little for the first time going in to Malpas but we re-grouped in the town. From there it’s mostly downhill to Bangor on Dee and our club rode along easily and without note except for the fact that Craig was still with us which must be something of a recent record.

The road out of Bangor rolls up and then down for about 10 miles and the long run got a little broken up and strung out at this point. We did all re-group in Llangollen.

The Horseshoe Pass is about 4 miles long, averaging 5% but with a section two thirds up that hits 12-13% and it’s one of those long, grinding efforts where you just have to settle in to your own personal hell. There were some people behind me and some more in front of me but I didn’t really care, I was all alone and just concentrating on getting up the hill. In spite of it being just a couple of degrees above freezing my jersey was all of the way open, sweat running in to my eyes, heart constantly in the high 170s. No longer feeling sick but with that hollow feeling now, desperate for food and a kip. The steepest part of the hill is just near the eponymous horseshoe and then the road eases to a much more comfortable 3% or so until the top. 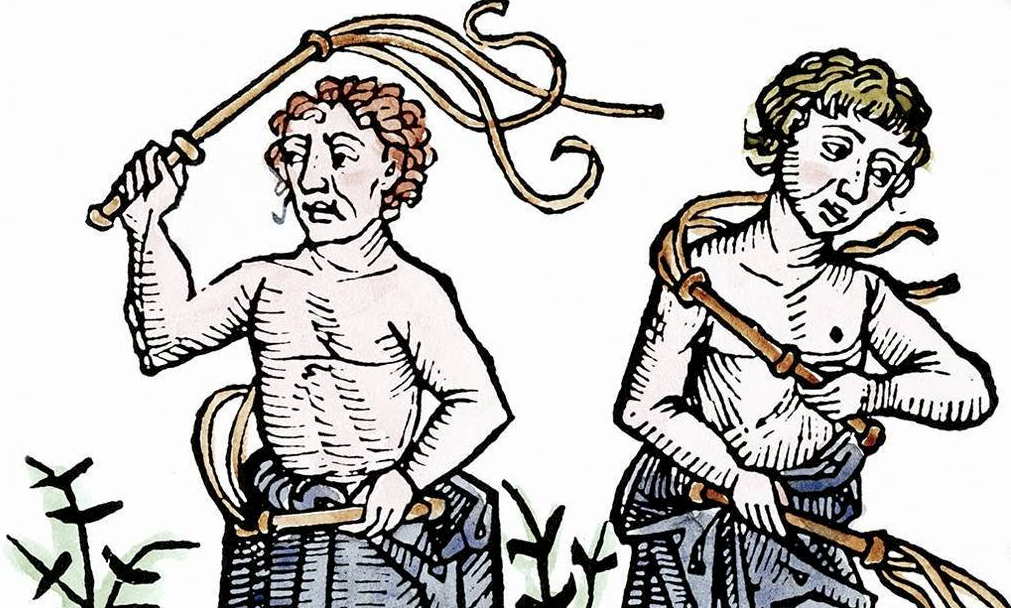 The large café near the top of Bwlch yr Oernant (Horseshoe Pass), got its name from the ranch of an American TV series called Bonanza. The show revolved around life on the Ranch and was popular in the 1960s.

The café’s history goes back decades earlier. In the 1930s, as leisure motoring grew rapidly, a shack here sold refreshments and cigarettes. It was run by a Frederick Hill until the café closed in the Second World War. In the 1950s a new café was opened by David Williams. He became known as Dai the Mule, because he used a donkey to carry water to the café up the steep slope from St Collen’s Well. The café has been in the same family ownership for over 30 years now and is wildly popular; when I eventually went through the doors there were 15-20 people in front of me in the queue and virtually every one of the tables were taken. Still, the café food was OK, fairly fast and served well. (I am available for restaurant reviews). Jim, Matt and Jules had arrived a good 5 minutes before me and our lot continued to arrive in bits and pieces for a while to come. I was just pleased to sit and eat. And eat. 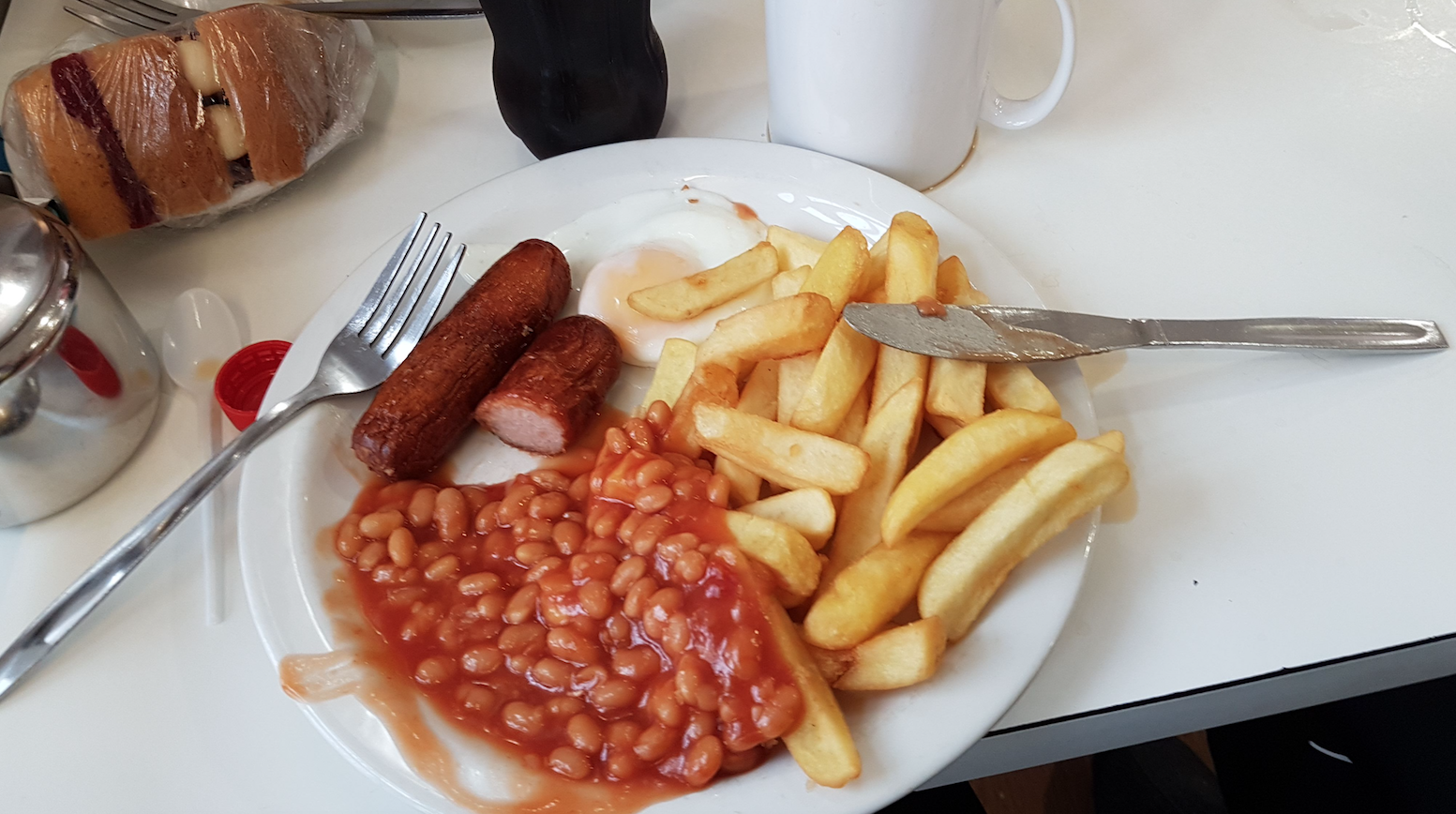 After lunch Jules did suggest that we had a group photo outside but it was far too cold to hang around so we binned the idea and just fell down the hill towards Llandegla at 40mph instead. There are then a few miles of ascent before the deceptively hard descent down past Treuddyn. I really needed a sleep now, could have climbed off and curled up in a hedge and would continue to feel that way for the rest of the day.

Down past the Kinnertons we charged, the less grown up of us freewheel racing. Then Dodleston and just before Chester I stopped for a natural break at the side of the road, a result of all the liquid I’d taken on board during the day to dilute the previous night’s joy. It’s amazing the amount of distance a group will travel in a relatively short time and chasing with hollow legs, banging head and in need of a bed was not fun.

The main road from Chester often gets a little frantic and so it proved this time with a general stringing out and breaking up as we went along, Jim, Jules and Matt up front as usual, the rest trying to grab on to a coat tail.

We re-grouped at Tarvin and again near Ashton however by this time I had fallen apart completely so I have no idea what happened during the forest gallop or indeed if there was one.

As usually happens around this time, people head off in their own direction and the core group gets smaller and smaller until eventually in Northwich I was on my own. Relief. Ride at my own pace. Ah, 12 miles an hour, that’s a good one.

So I crept home, head banging, still sweating, still cold, still sleepy tired. 96 miles covered, over 5,000 feet climbed and deeply pleased the self flagellation was all over. And yet… wasn’t it a brilliant, brilliant day out.