Cafe? I see no Cafe!

A cool and bright sunny morning had us battling through the crowds at the rugby club to get to the club for this morning’s runs. The crowds were for a host of rugby matches held today.

The long run was due to go to Loggerheads, but no-one seemed enthusiastic about taking it, so we split the short run and sent those off who might normally do the long run first, and a few minutes later we were away.

The temp was perfect, and Andy thought so, as he bared his legs for spring as we pedalled through the usual Cheshire lanes through Delamere and Ashton Hayes – where we glimpsed Quest and it’s pilot for a few seconds with a wave and a cheer. Onwards down towards Saighton we then double backed into Chester and then through Handbridge and Lache before arriving at Dodleston. Not sure what we would see after the last visit or two, we were greeted with quite a sight. Not a cafe, but a half built structure that would certainly not be our stop for re-fuelling. The peloton were beside themselves with grief. Alan just cried, Emily wailed, Woody slumped over his bike in despair, consoled by Terry, whilst Carol’s bottom lip quivered and Andy, well he just looked utterly disgusted. All true. The evidence is below. 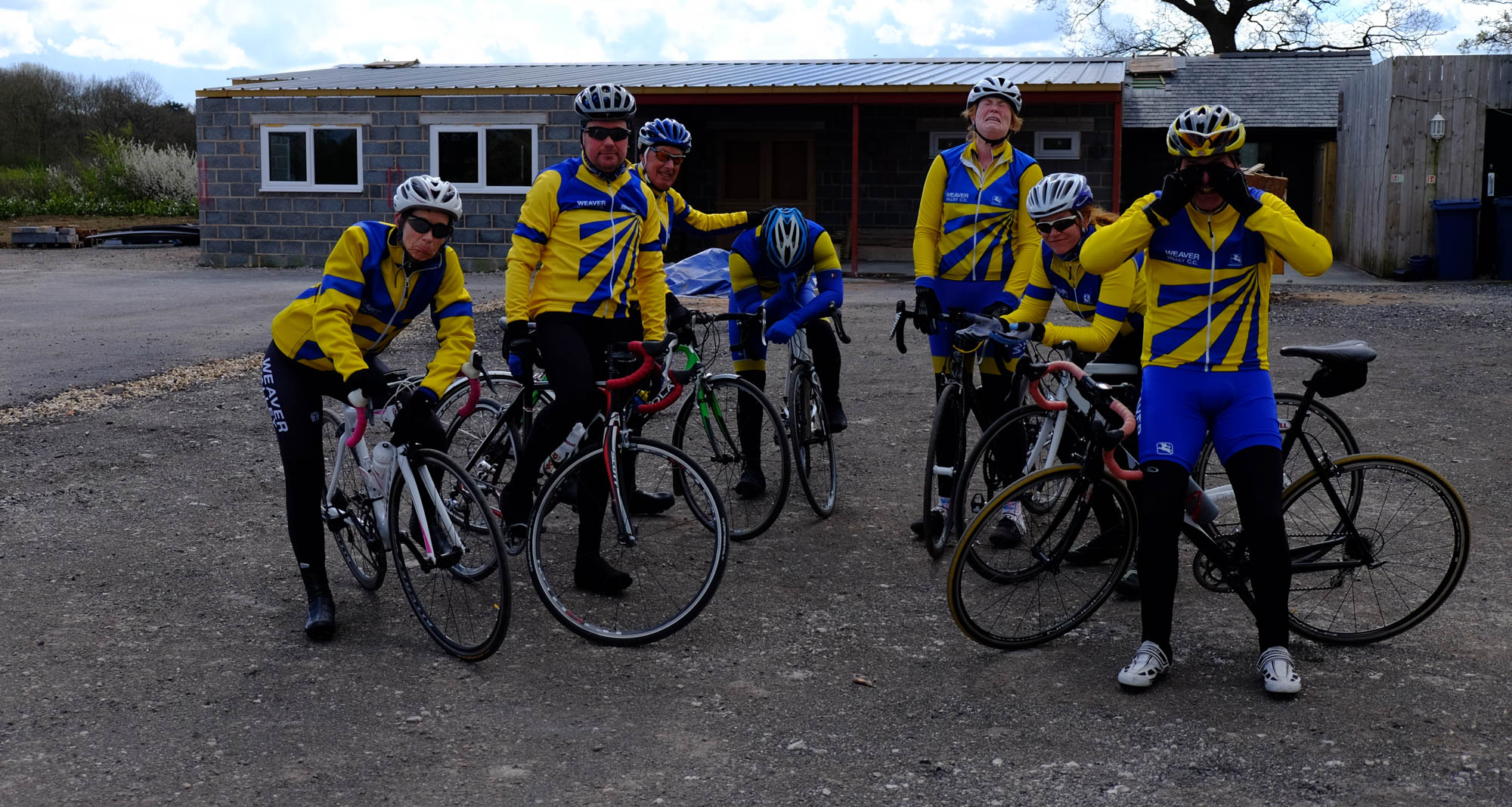 We had no choice but to head somewhere else. Morrisons at Saltney was suggested, by Al had a plan, and it included apple pie.

We pedalled out of Dodleston to be met by the other group just cycling in. We toyed with the idea of not telling them, but in the end gave in and we formed one larger group to chase to Chester.

The Riverside was our target, and after quickly establishing the existence of apple pie and custard, we ordered and seated. Both I and Al made the same apple pie choice mistake, as it was as fantastic as last time, and to be equally heavy to carry home.

And so it was time for the off, so we all stood up and prepared for stage 2. 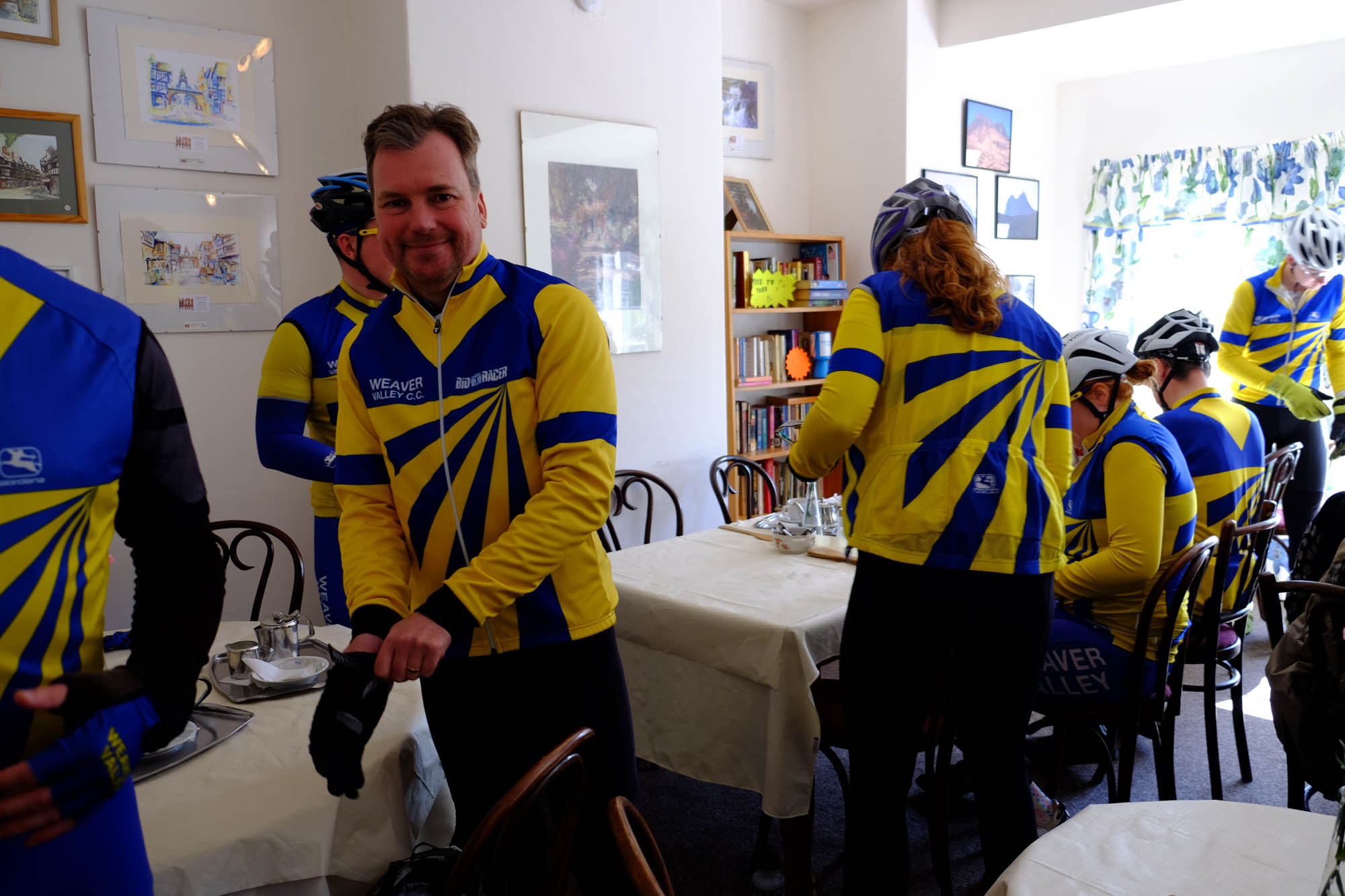 Gloves on, and a much happier Andy, who has indeed turned that frown, upside down. 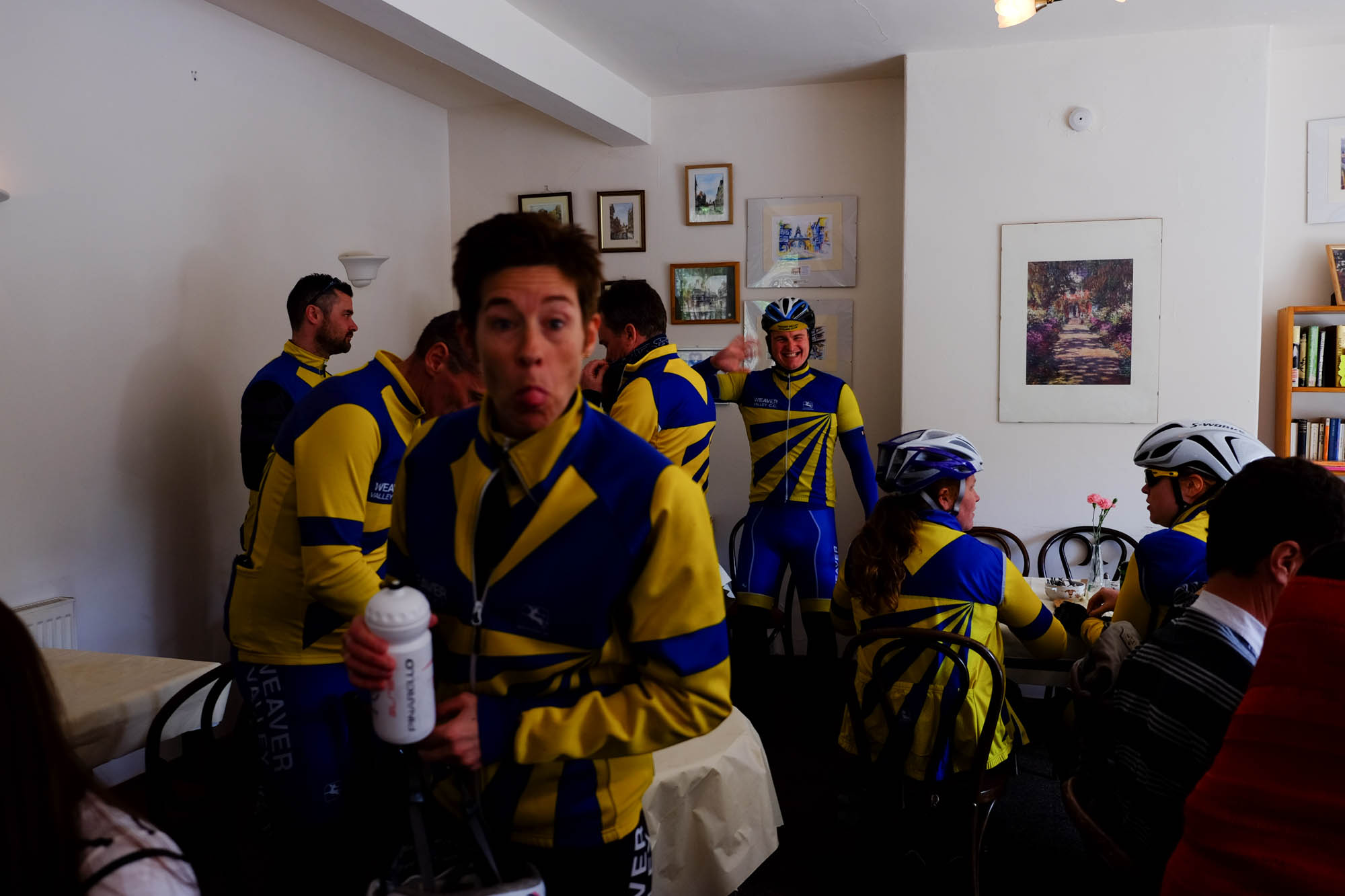 ..but that’s just rude. Note the court jester waving manically in the background.

It was such a nice day that we couldn’t resist a group photograph. 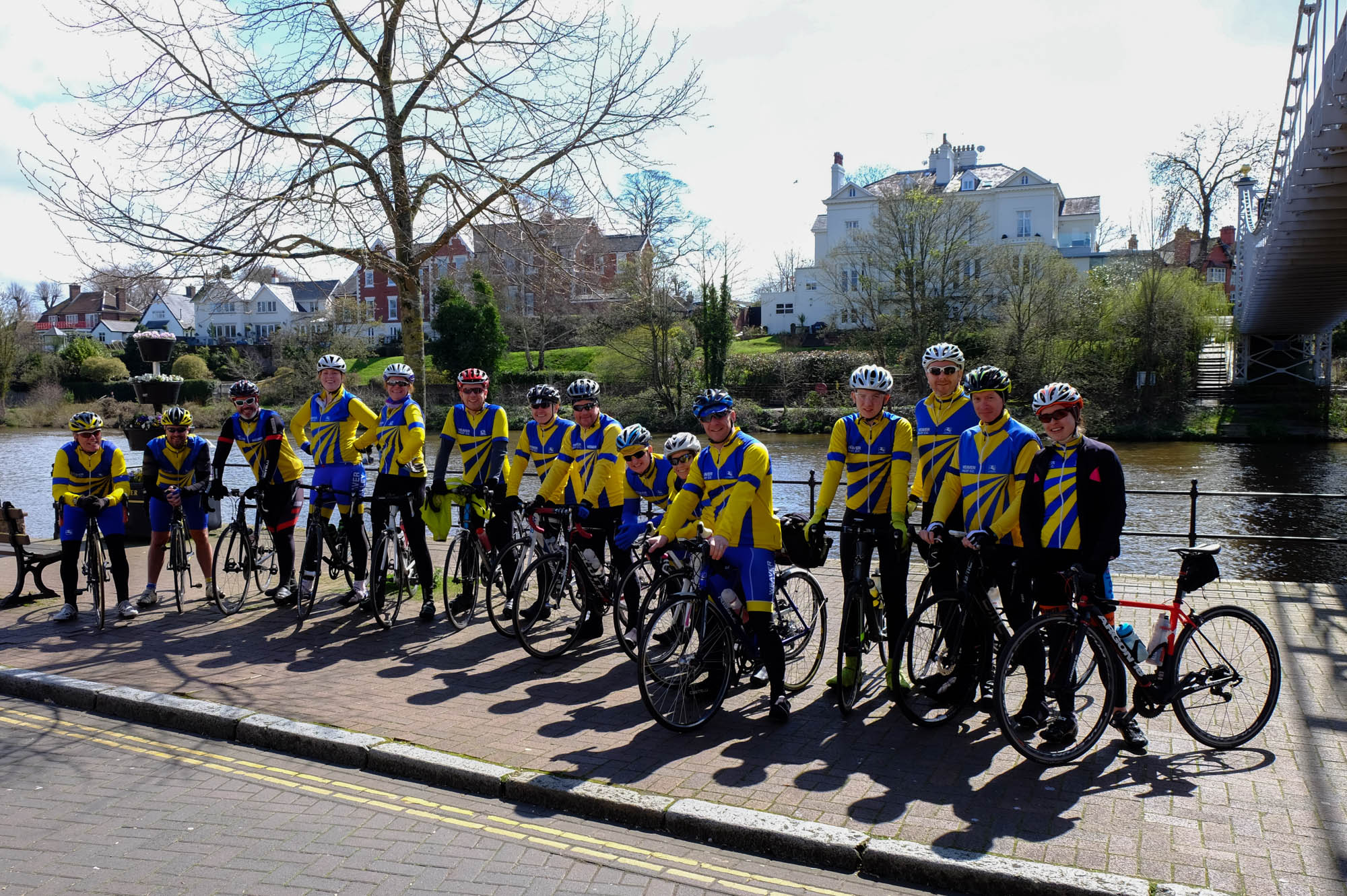 Such are my skills as a photographer, that I managed, without a tripod, to take the picture and be in it. Carol was so rude that I made her stand behind me and peek out. That’ll learn ya.

Actually, I cannot tell a lie, a kindly fellow cyclist offered, so as he looked like he wouldn’t leg it with my camera, I let him. Cheer mate.

Al gave us some more of that cycling stuff to do, and we headed up the river, then across to Blacon at Saltney foot bridge, then onto the Greenway. Back through the outskirts of Chester, we then hot the main road, and then back towards Ashton Hayes. As the pace was starting to get up a bit, I then decided that it might be a jolly idea to suggest sit on the front and ban anyone from coming past for the inevitable Hatchmere sprint, until I waved them through. All good sports, the peloton complied, and it then made an interesting tear-up, with many more involved than usual. The win went to big Steve, with Jo and Stuart leading in with 2nd and 3rd, and Emily as a 4th.

That pretty much ended the day, and we all then headed back Hartford way, before I peeled off for home. Most got some good pacey miles in the legs today, and a good combined run, Al stating for the record today that he had led both long and short runs. There you go Al, it’s official. 🙂