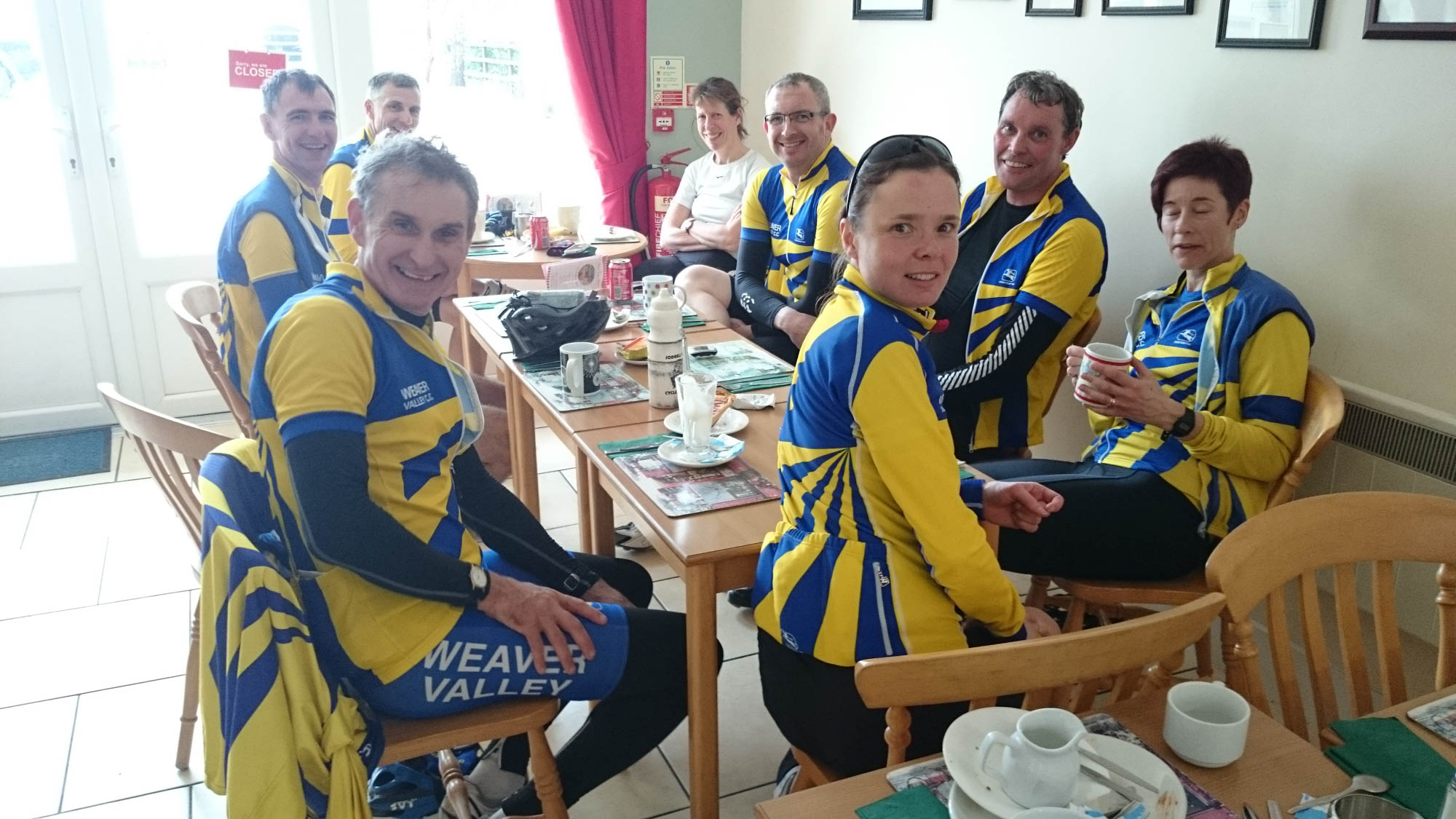 What? Audax? Well, for those who don’t know, you can check out Audax UK as this tells you what you need to know about the very idea of long distance cycling. Of course, this event is on the shorter end of the idea, but nonetheless, a lot of fun.

It’s a bit continental, as the mileages are measured in km, not miles, so in old money, the Ron Sant is only a 66 mile ride.

The idea is to complete the route, which is planned in advance, with detailed instructions being given at the start. It is not marshalled, but there are control points where you may have to have a card stamped (called a Brevet Populaire, this proves that you’ve completed that bit) or by answering a simple question about a local landmark etc. Follow the route, record this information, enjoy the ride! Then return to base for a final stamp and a time to prove that you’ve done it. Simple.

Also, there is no pressure, you have almost all day to do it, so if you aren’t used to distances, ride with someone and take your time.

For more information about this event, see the calendar, and see the link to the Audax itself at this link: Ron Sant Audax.

Of course, if you don’t want to ride the Audax, you can ride it as a club run. It will be the only run of the day, so I’d say, give Audaxing a go. £5.75 to enter and this gets you a brew before you start, the instructions, a ‘Brevet’ card to record your control points, and well earned cake at the end!

Lower cost than a sportive, much more fun…!