Today saw members of Winnington Park RC and Weaver Valley Cycling Club take part in a sponsored cycle ride in aid of Amelia Hill, the little girl with a heart defect. The run was called Amelia’s Journey and over 45 riders took part in the 50m round trip to The Eureka Cafe on the Wirral and back to the Rugby Club at Winnington. Organisers John Pickering (Winnington Park RC) and Julian Perrett (Weaver Valley CC) said despite the damp start the day was a great success there was so many riders we had to split into three groups for safety but considering most Rugby Club members had never rode in groups before with a cycling club they grasped the challenge and completed the route. A few Rugby Club members said they enjoyed the ride with WVCC so much they will be joining the club as members and riding with us again. The  ride for Amelia raised £440 which is hoped will go towards helping Andrew and Zoe (Amelia’s parents) with special trips etc. 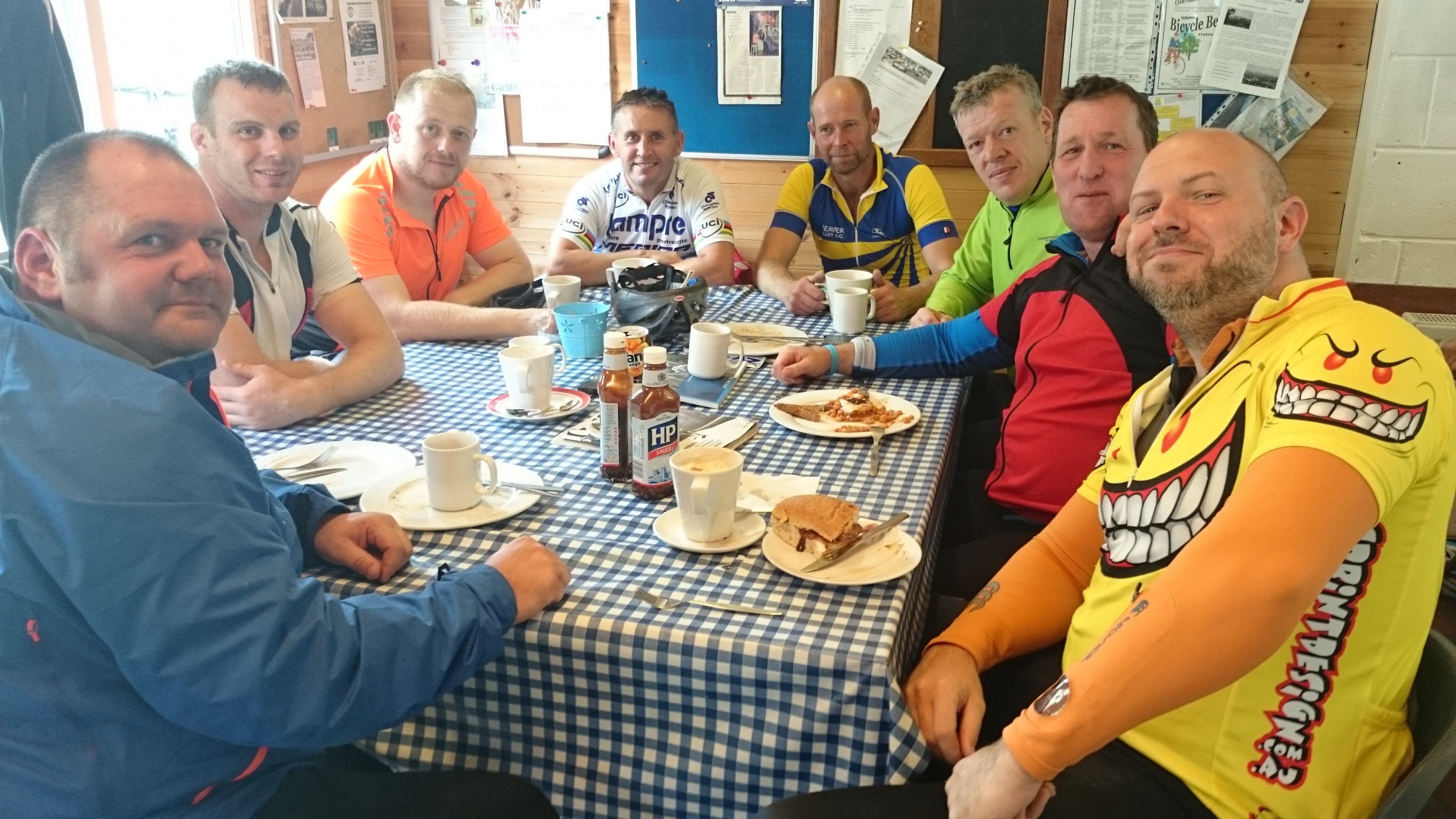 The guys from Winnington Park RC (and Greg), enjoying the finest fayre from Eureka cafe at the mills.

“Amelia Rose Hill was born on the 23/10/2012 with a rare heart condition tetralogy of fallots with absent pulmonary valve, MAPCA, hole in the heart, enlarged right lung artery and missing left lung artery. In January 2014 Amelia had an 8 hour open heart surgery where her heart was stopped for 4 hours to correct the problem. In July 2014, Amelia’s parents were given the heartbreaking news that their daughters problem had in fact got worse and that there was now no surgical cure for her. Amelia’s condition had become terminal. Whilst she still continues to look a healthy normal toddler, Amelia is a very ill young girl with a big heart for anyone who enters her life. Please support her through these next month’s #ameliasjourney”