Having read Kev’s post (I despair of the man) I feel I should counter with a straight version – but there again, maybe I should leave that to readers’ imaginations! At the very least – we had a fantastic time. 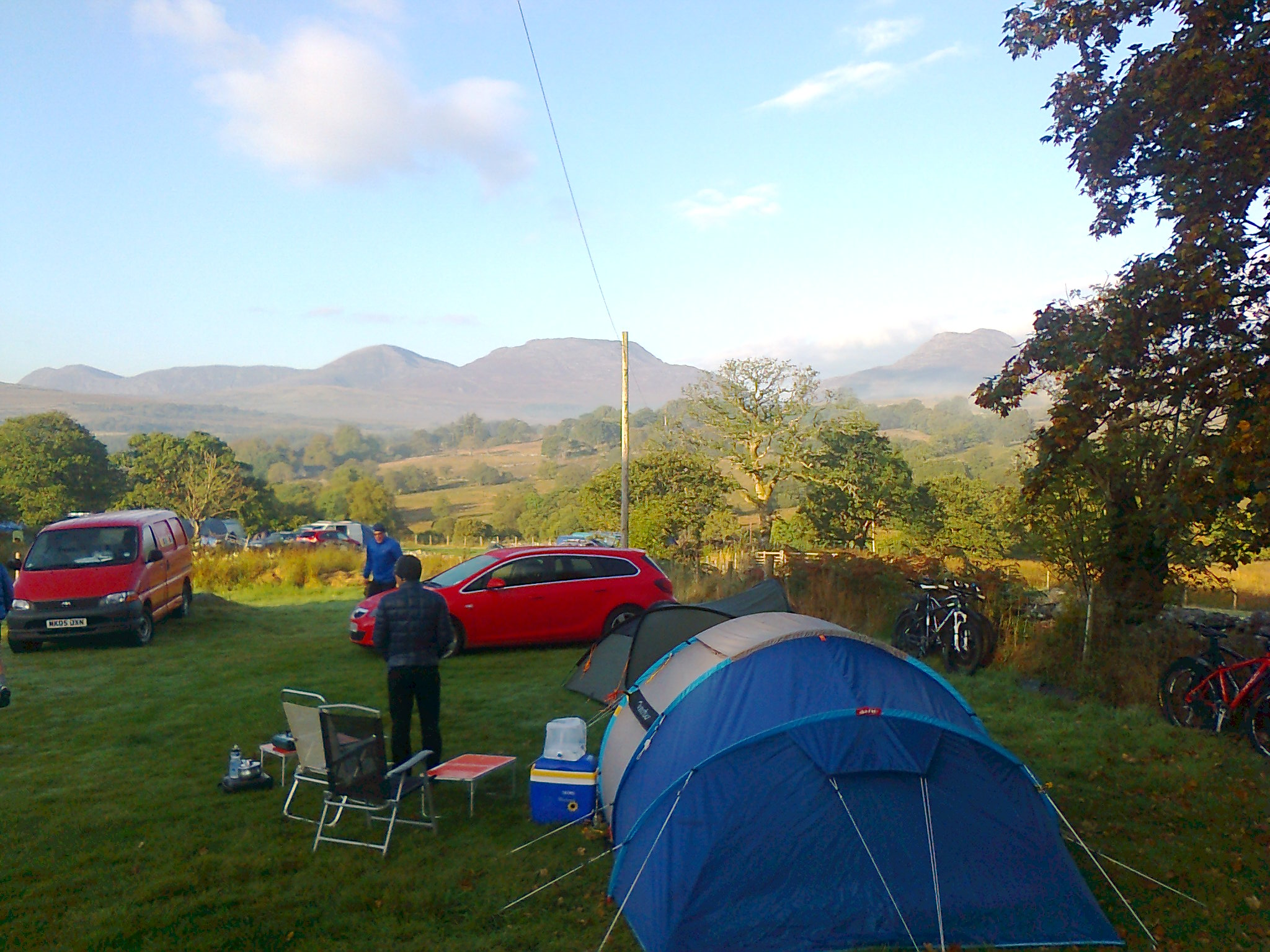 So at least – I will provide the details Kev’s forgotten to mention. We spent Saturday on the Coed-y-Brenin trails, doing the Beast in the morning and pootling on other trails in the afternoon. Racing snakes Matt and Tim were at their fluid fast best. On Saturday night we cycled to the pub, and at the end of the evening we returned to our campsite under a sky full of stars and a full moon, which shone so brightly that it almost turned night to day. On Sunday Nick devised a fantastic loop, up and over the Rhinogs via The Roman Steps (Nick tells us this used to be an old Rough Stuff route) then onto some beautiful quiet lanes to Barmouth, crossing the estuary on the railway bridge and a fabulous bike track and more lanes back to Coed y Brenin. Warm sunny weather, stunning views, quiet roads and tracks, and great company – who could ask for more.

The highlight of the weekend for me was Jeff, a good man to have on tour! He refused to be beaten by the descent off the Roman Steps, which was unrideable, but he was undeterred, continually hopping onto his bike to give it a go, then coming off again after a rocky step too many. I don’t know how he didn’t hurt himself, maybe it was the heather which he tied to his handlebar for good luck. Then as we approached the cycle route along the prom into Barmouth we suddenly realised we’d lost Jeff – we looked around for him and there he was sprinting, across the seemingly endless sand, straight out towards the sea, because, according to Jeff, you can’t go to the seaside without getting wet. Which he did. Then everyone tried to burst his bubble by telling him the salt would ruin his bike, which I thought was a bit curmudgeonly of them. Fortunately, Jeff’s bubble doesn’t burst that easily.

Thanks to Nick for organising a fantastic weekend. And thanks to Nick, birthday boy Tim, Matt, Jeff, Steve and Kev for your fabulous company! Hopefully somebody will post some photos…