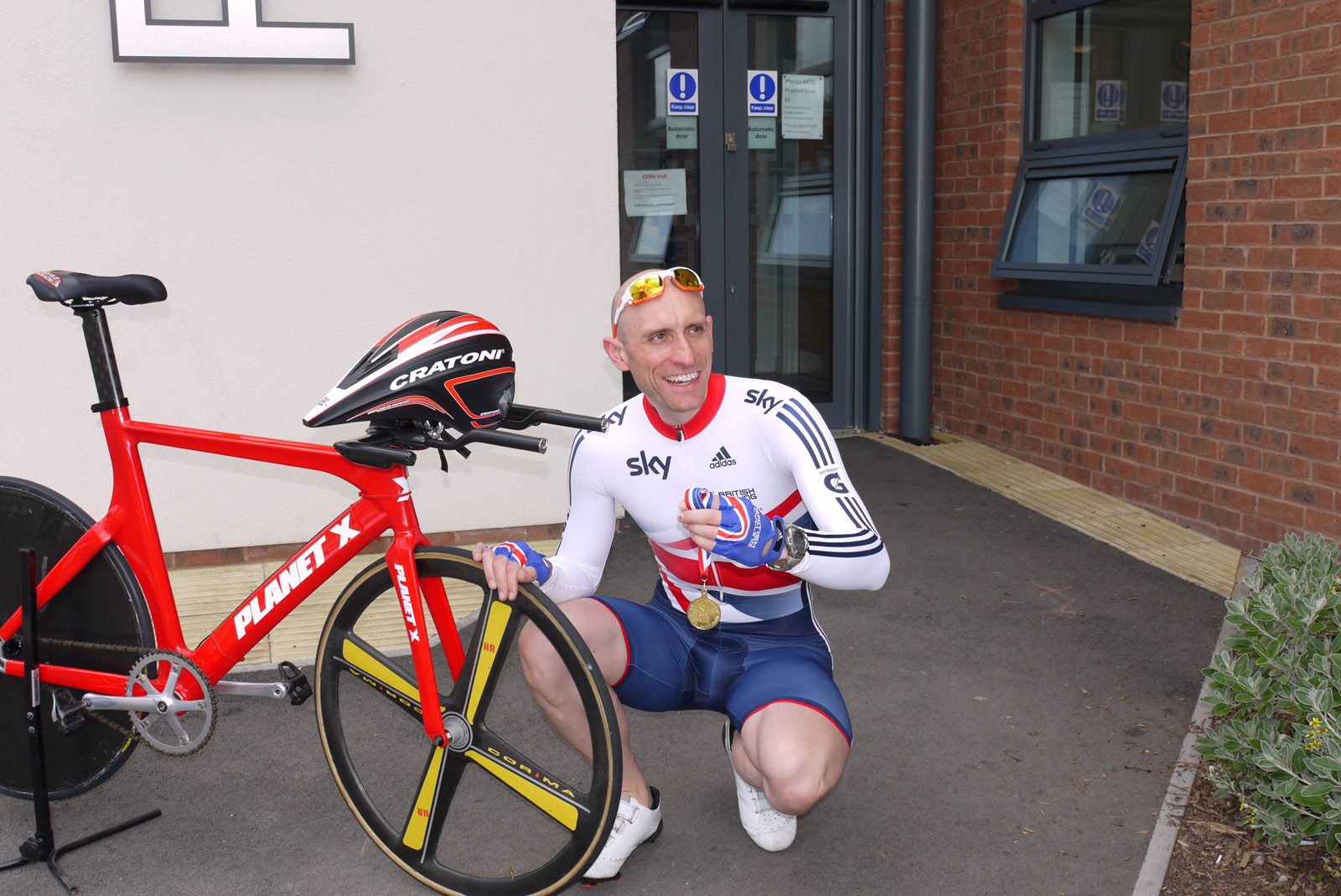 Lee gives an account of the race and the lead up to it:

” I am thrilled to have won the National 3km Master pursuit title for 40 – 44 age group. The Newport track is pretty similar to the Manchester Velodrome where I do some training, when I get the chance. I have ridden the track three times this year and done the majority of my training on the rode using a front brake fitting to my pursuit bike. It was a brilliant experience to have beaten the likes of Matt Postle (a former National Welsh Champion) and also a number of other excellent track riders including a silver medallist on the pursuit from last year’s World Master’s Track Championships. Truth be told I was almost not going to ride as I had such a bad chest infection and cold the two weeks before. On the day before the event I felt at my worst, but having weighed it all up with the entry fee and experience of riding against the best in the UK I was going to give it a go. I felt slightly better on the day of the event and drove down with my support team of my family and father. A five am start definitely wakes you up and I was racing at 11am. As I was feeling still like I couldn’t breathe I decided that I couldn’t do the ramp warm up which I would normally do (ride up to 95% of my max in a steady effort from a spinning legs warm up) bit like a mini ramp test really for anyone unfortunate enough to do it. 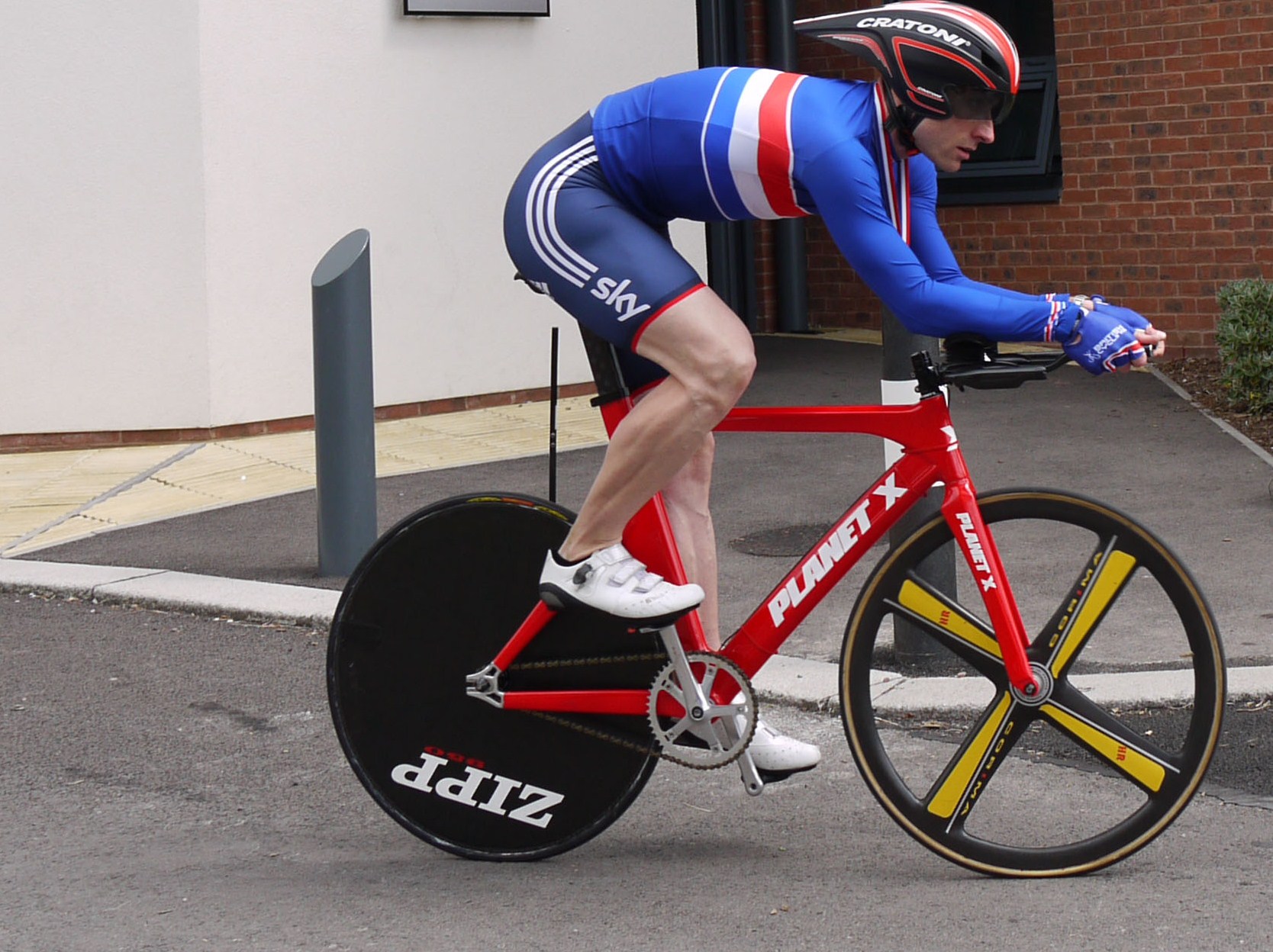 I decided to ride a 110 inch gear as if I couldn’t breath I couldn’t spin at normal 120 rpm. At the gear my first lap was way to slow and was easily 23 seconds, which is 3 seconds of my normal start. I had a schedule of 3:30 minutes but I knew being ill there was no way I could match this. I was riding against a Manchester Wheelers rider who I caught in 8 laps but I had to continue to get the best time and try and win. I managed 3:36.06 which was 6 seconds off my schedule and for the last three laps I was coughing and couldn’t breath (you could say this is taking anaerobic to a whole new level). I had no clue whether I had won until Matt Postle and a few others rode and I realised I had beaten their times and won the title. I am so happy even though it was the hardest race I have ever done being ill. Being National Champion feels fantastic and having a Gold medal and national Champion’s Jersey is something I could only dream of. All the hard work, dedication and training early morning at late at night because of family and work commitments is all worth it.

I hope now I can continue my winning streak and win the World Master’s Pursuit title. I know that it won’t be easy but if I am healthy I know I will be able to give the world’s best pursuiters a run for their money. The event is on the Sunday 5th October 2014 if anyone from the club wants to come and cheer me on.” 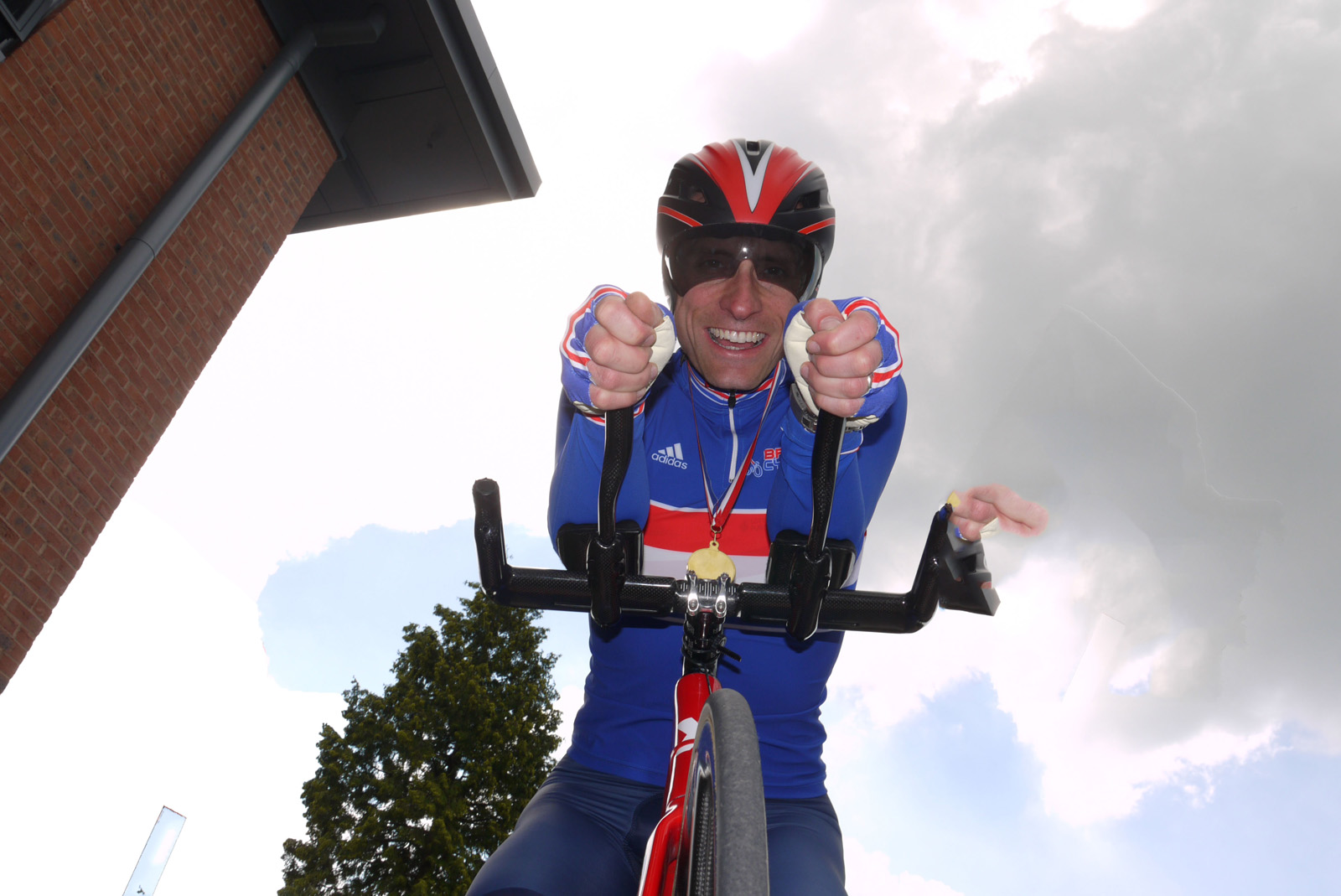