Beautiful spring sunshine and very little breeze; ideal ingredients for a deluge of long-run takers. Flooded with people, masses were expected. Well in fact Paul, Paul, Tigger, Stu, Craig and Me were the sole volunteers. A cheap version of the firemen in Trumpton but with worse hats.

All raring to go we were though, up the little rise to Weaverham and as is customary everyone got in early with the traditional lack-of-performance excuses. Me; knees don’t work. Stu; TT yesterday. Paul; sinus problems. Keith; very heavy dust-caps. Paul; don’t want to fall off again. Craig; oh, he’s turned around.

Up through the forest and then direct to Chester down the main road in order to get to the action a little quicker. We stayed in single file along here although at that time of day the traffic is not so bad. Straight down the main road meant we were out of Chester on to the Lache road by just after 10.00.

Turns were taken at the front, Tigger’s turns normally 50 yards off the front before being pulled back in. The Kinnerton drag was dragged up and in no time the Treuddyn climb was upon us. A small group established a gap up the front with a couple of us a little further back. Re-grouping at the top of the hill, my suggestion of a detour via Ruthin and around the back of Moel Famau was first welcomed and then rejected. So it was we took the rolling gritty road and then on to the smooth downhill road towards Loggerheads. We were at the cafe nice and early and a good job as it started to get really busy soon after we arrived. 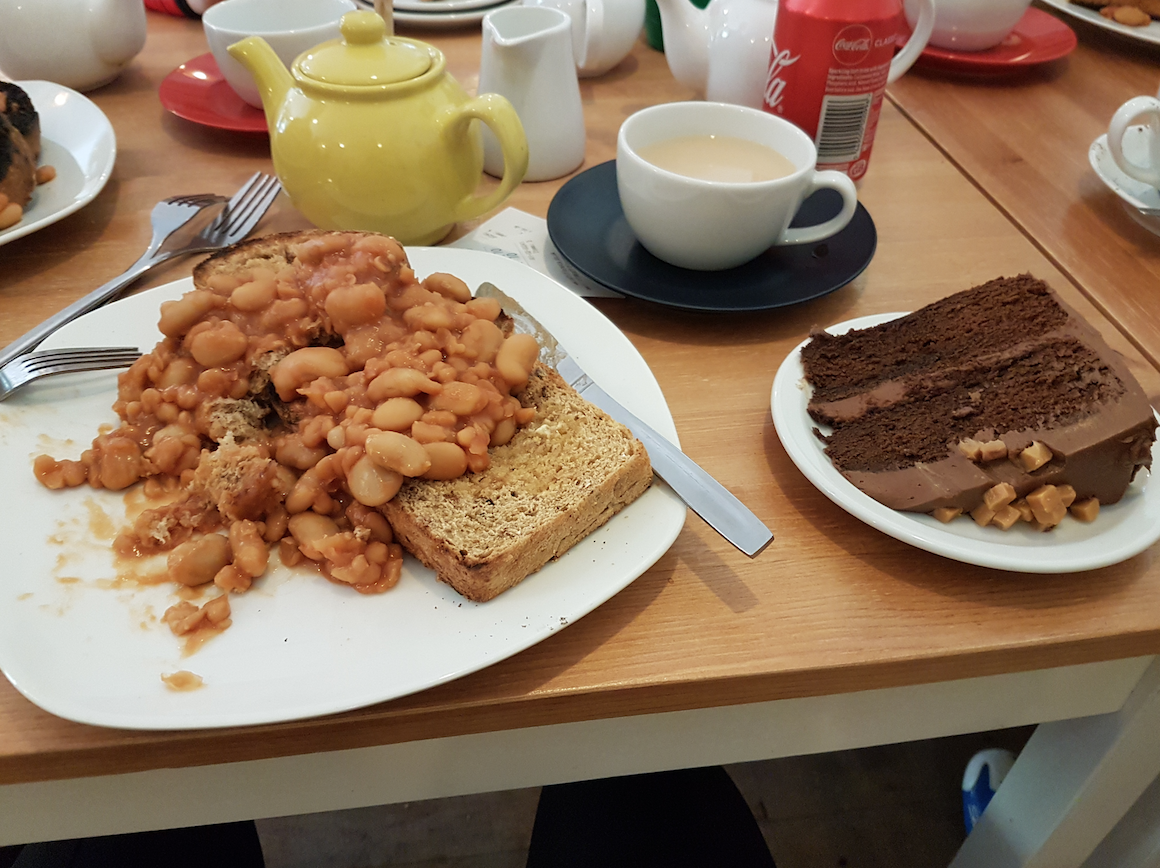 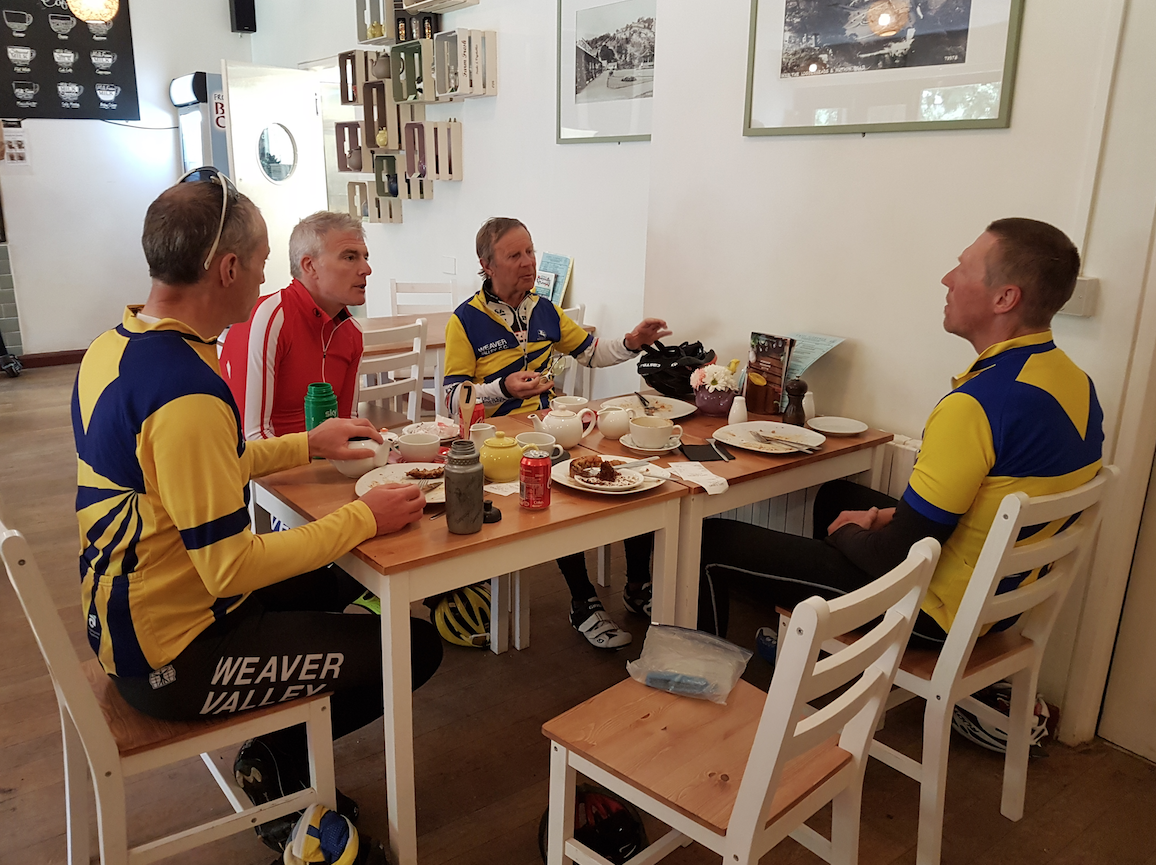 Excellent beans on toast, cake and tea all around and conversation turned to injuries sustained on the road with Paul trumping all of us with a photo that would have easily graced a Hammer Horror.

Out of the cafe and instead of straight up the Rainbow I took our group on a little detour along a lane, past a farm, down a concrete track, through a ford and up a steep, gritty, potholed and long single track road, emerging halfway up the Rainbow. Paul was delighted.

The sun was nice and warm now and near Padeswood I needed to take my legwarmers off. Foolishly, I thought the group would pedal softly till I caught up, in fact Stu decided to put the hammer down, leaving me with a long hard chase till eventually catching up to the group 5 miles later sitting on a bench eating ice cream.

We got to Chester and I offered either the Crocky trail or the main road. At first Crocky was voted for but the Keith decided on straight home so we took that route. With the wind behind us and in amongst traffic it was a swift ride with various people taking turns.

When we got to the forest Tigger announced that was him done for the day and so a kind of truce was drawn and this section was covered without drama. A quick re-grouping at Hatchmere with Keith peeling off shortly after before the final leg back to Northwich.

A great day as always, thanks to everyone.