..to report on another great Audax. Derek does a great job with this Audax year on year, and we were presented with a good route, (starting with toast and a brew at the club), taking in familiar lanes around Cheshire, the Wirral, over the border into North Wales and back again.

The first third of the route was most pleasant, with a nice tailwind. The second and third parts of the route were less so, with a horrid headwind(!)

We took stops at the best cycling cafe in the world at Eureka (the Mills), and a further stop at Cleopatras at Holt for a quick brew and as a break from the headwind.

Thence back through the lanes (did I mentuon the headwind?) and back to HQ for cake and a brew. 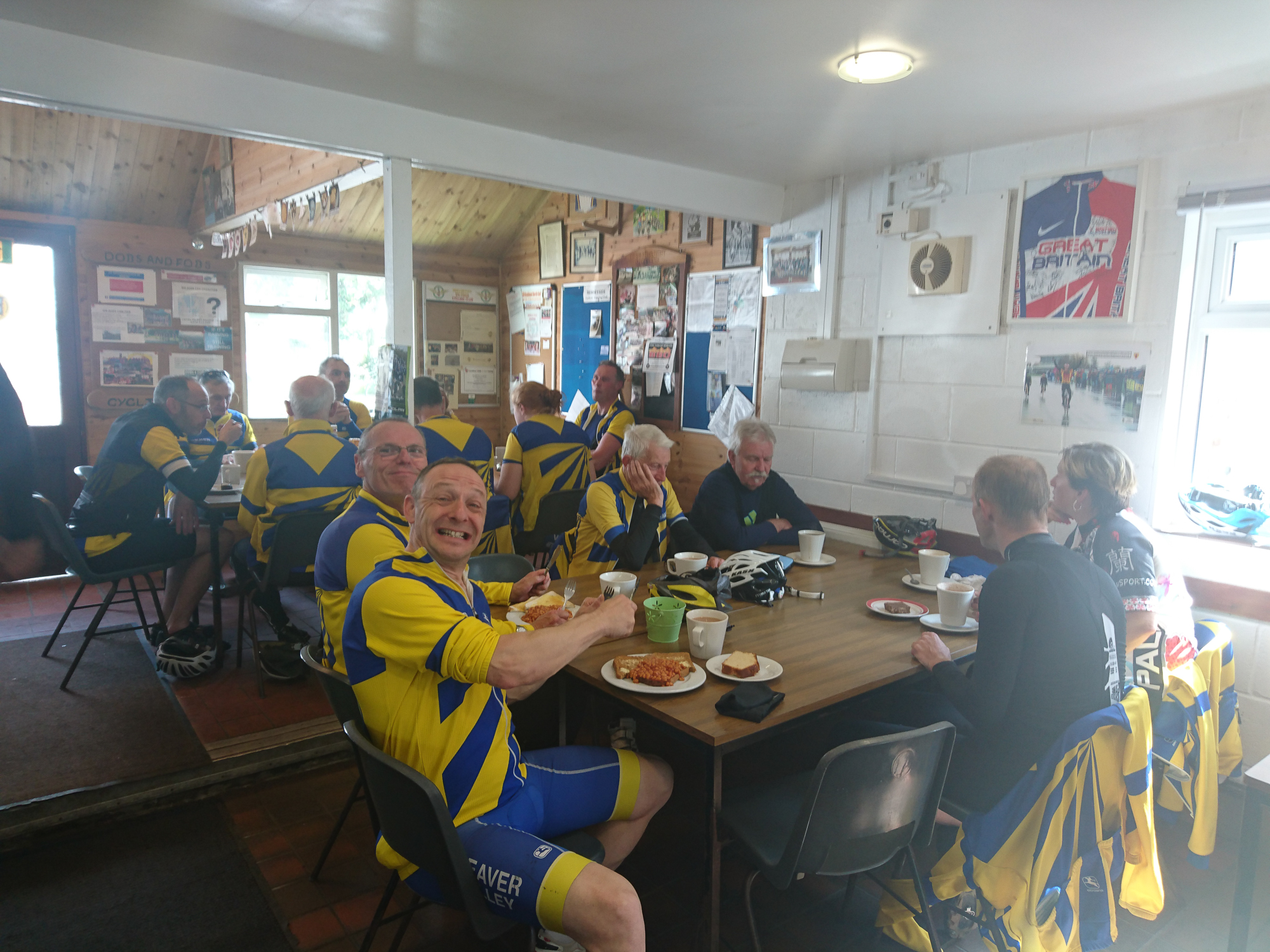 Me and Al love an Audax – although Martin and Jim don’t look as enthusiastic!