Due to popular demand (from Jim Duffy as he hates writing reports), I am posting my first TT report of the Year.  Jim posted the others because this year I started racing much later than usual due to various holidays and annoying things like work getting in the way of my cycling.

The afternoon started with the Manchester Ladies event but both events shared the same HQ and the same officials.  Caroline Fearon was our sole rider in the ladies event which contained 26 riders who pleasingly all started and all finished.  I rode out the 5.5 miles to the start from the HQ at Lower Withington to give Caroline a shout as I was off 2 hours later in the large mens race promoted by the East Lancs.  It seemed quite still at the HQ but once on the bike the Easterly Wind proved to be quite hard on the return leg back from Booths Hall Island.

This was Caroline’s first race since July after she damaged her foot on 9th August (our 30 Wedding Anniversary).  She was a little worried about how her foot which may never get back to 100%, would perform as she has lost a lot of fitness and still gets pain in her foot, plus months of walking awkwardly has knocked her back out.  Despite this she managed a respectable 30:14 giving her 21st place and nearly breaking 20 MPH average.  This was a good come back ride and despite some pain from her foot she coped very well into the tough headwind return leg.  Winner was Lucy Davies of the Arctic Tacx RT who stopped the clock in 24:56.

116 riders entered the mens event continuing this seasons trend for massive entries in TT’s on Cheshire.  Stephen Lucas found the going tough on the return leg but still powered his new TT bike to a good early season time of 26:14, giving him 72nd place overall.  As this is his first season riding regular open TT’s he will improve rapidly if he keeps riding regularly so keep putting in those entries Stephen as it takes time and practice to find your legs, ask Jim Duffy!

Your truly was next on finishing time with a 23:17 giving me 33rd place overall.  This was also my first race of the season and I was quite pleased with the result having done no speed work yet.  2 weeks in Majorca put me in good stead so the speed should come later on if I can got my head into gear.  I rode 108″ fixed (60 x 15) which is bigger than I usually use early on but my legs are strong so this compensated for the lack of speed work.  It was rolling nicely to the turn and I felt on top of it most of the way back into the headwind, but there is plenty of room for improvement.

Alistair Stanway has made a solid start to the Year, getting under the hour a couple of weeks ago on Cheshire.  I’m sure he will build on this as he informs me that he stayed illness free all Winter so his training has been going well.  His 23:10 was good enough for 30th place overall and he was within a handful of seconds of some handy riders.

Last but not least was our man of the moment Jim Duffy who is going from strength to strength after 2 scorching 25’s and this week a road race win wit a solo break.  Jim has morphed from sedate office worker 5 years ago to a rising star and is proof that hard work and enthusiasm can produce amazing things.  He continued setting new milestone today with a Cheshire Course PB of 22:03 giving him 7th overall in a high quality field.  He was only 14 seconds behind my old coach and regular winner John Morgan so he really has moved into a different league this season.  Nice one Jim, I can’t wait to see what you do in the 12 hour in August!

Event winner was Mark Nulty of Glossop Kinder Velo CC with a 21:17.  It was a nail-biting finish with 4 seconds separating the top 4 riders and 1 second between each so the top 3.

Next week is the first 50 of the season.  Should be interesting for me as I haven’t ridden a 25 yet! 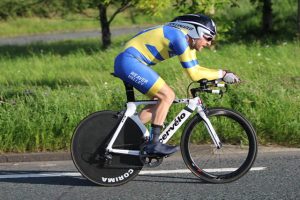 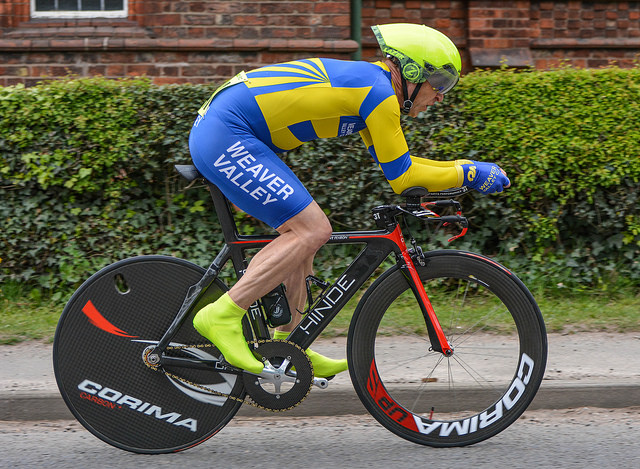 Dave on his ever faithful fixed CREDIT: Ellen Isherwood 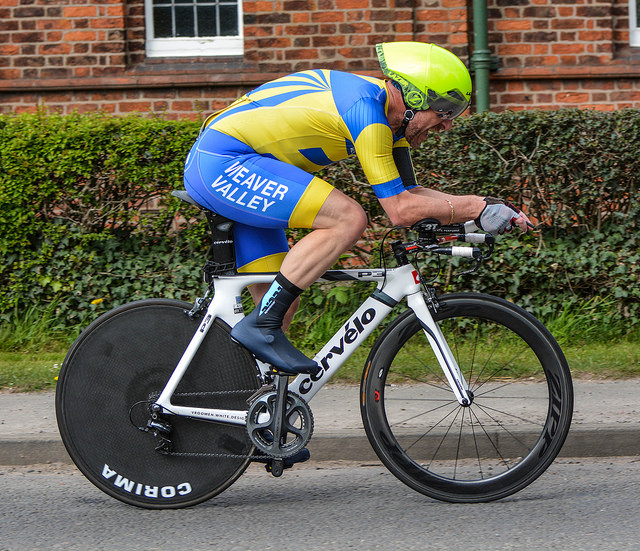 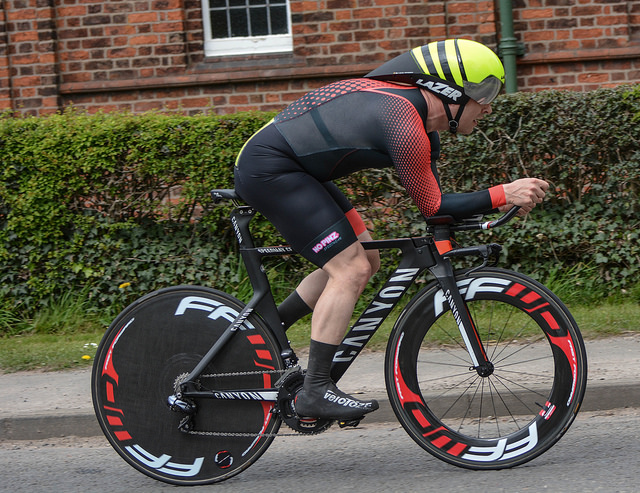 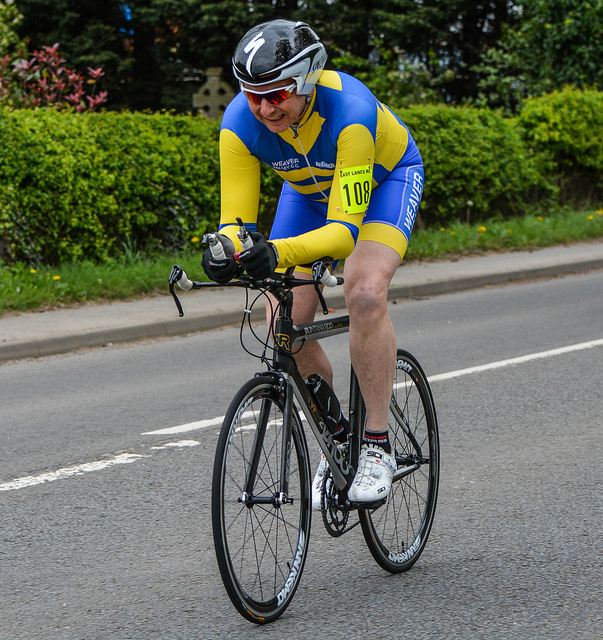 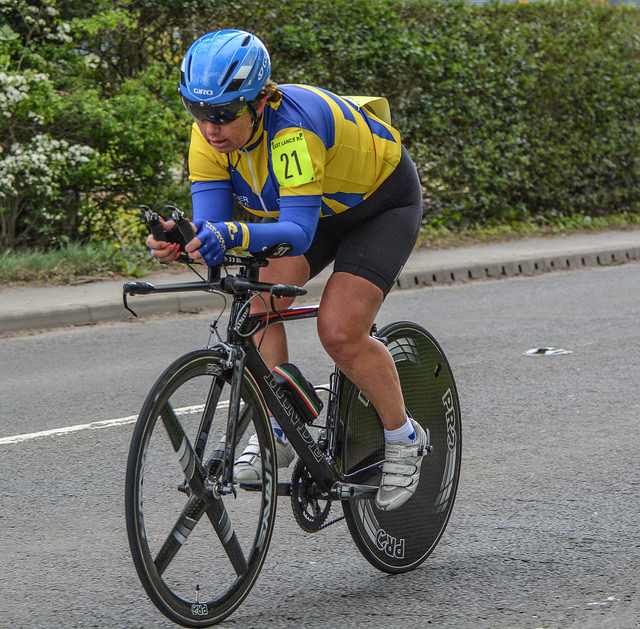