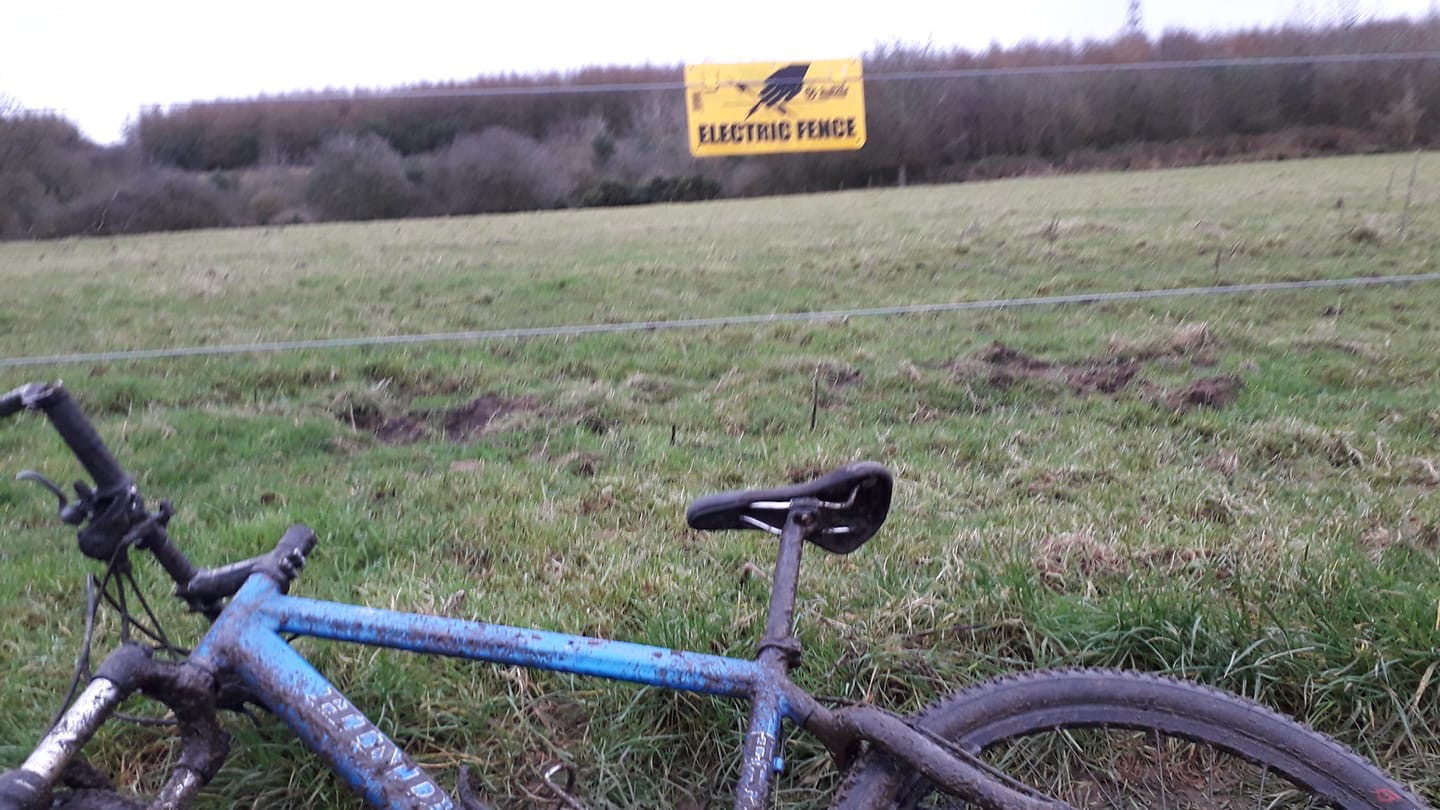 I’ve always had an issue and some previous form with the race number 13 or 13th of the month , does not have to be a Friday !

So to do an off road ride today the 13th, in the foul weather after a tough weekend was potentially always going to end in tears .😂

Perhaps stupid to be out but then one of my teachers at school had regularly said to me,

” Kemp, why are you always the stupid one” ? . I never argued , basically agreed and always said ” don’t know sir ” 😂

Doing the usual off road ride to Delamere , huffing, puffing, slipping and sliding , cursing , whingeing , whistling and singing and trudging my way through above ankle deep mud in places , i came to find most entrances to the forest closed off due to high winds .

Being stupid, i did find a sneaky winding track up Old Pale hill that was not barricaded .

The descent off Old Pale hill was fast and going well as i turned for home with just a near gale force cross wind and driving rain to look forward to.

Then at a speed too fast for my bike handling capabilities, my front wheel went from under me as i mis managed a slippery Land Rover rut , coming down heavily on my right shoulder, nothing unusual about that if you ride mountain bikes or cross bikes, BUT with my right ear and neck straddling an electrified fence !!!! 🤔😪

Wow, that hurt , not the highest of voltages but enough to stop you doing it twice unless you are stupid as well !!!😂

Luckily only sustained a ( cooked) cauliflower ear , a couple of cuts and a bruised neck 😎 and with the rush of adrenaline i probably pushed even harder going home to beat the diminishing day light.

Dont let anything stop you getting out on the bike 😂😂