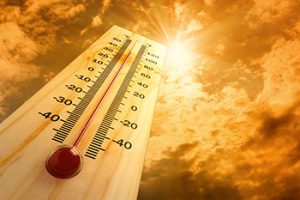 Don’t we cyclists complain a lot about the cold & wet weather?  Saturday the Sun God took control and boy did we complain…..phew what a scorcher!

WVCC had 5 entrants in the M&DTTA 50 champs but the main prize from our side was the Weaver Valley CC club 50 champs.  Would Jim Duffy finally take his first ever club championship after many 2nd places?

All 5 riders started which was a good start but unfortunately the oppressive heat forced Caroline Fearon, Alistair Stanway and Andy Newby to pack along with practically half of the field!  Only the mad dogs Jim Duffy and yours truly grovelled past the finish timekeeper.

I started slowly as I am not a lover of heat.  despite the slow start I couldn’t breathe on lap 1 and my legs were just hurting and didn’t seem to ease into the ride.  I had no computer so no idea how my ride unfolded from a numbers perspective, but I could feel the heat building and the speed dropping as the next 2 laps came and went.  I collapsed in a heap at the HQ at Cranage feeling both sick and dizzy and my legs were like jelly.  If I’d done a PB then I wouldn’t have minded but I actually did my third slowest 50 ever with a time of 2:13:43 (22.44 mph) placing 36th overall.  My slowest ever was a 2:18:17 back in 1980 and it was my first ever 50.  Today was my 100th finish at 50 miles so not a good way to mark the occasion.  the only consolation prize was a club silver medal for second place in a 2 horse race.

Following on from his spectacular 19 minute 10 on Wednesday Jim Duffy was the clear favourite and he didn’t disappoint.  He cruised through 25 miles with a steady 58 minute ride, but clearly the heat hit him hard too as his second 25 miles was done in 1:07 giving him a final time of 2:05:08 (23.98 mph).  Despite a fast 10 on Wednesday, a week of long walks in Yorkshire and a softening front tyre he still managed to stuff me by over 8 minutes to become club champion for the first of probably many times.  Jim came 21st overall so clearly took a battering by the conditions based on recent form but put out a good ride for the conditions.

Looking forward to some good old fashioned sleet and gale force winds for the next event!