Long Ride to Loggerheads. Or not.

As years have gone by it has become more and more apparent that as I get older, if I leave the bike alone for any period of time my fitness evaporates like it was never there in the first place. So it was on Sunday. I did quite well in the National RR Championships 9 weeks ago but since then I have hardly done any training and on Sunday you could tell; it was like it was the first time i’d ever been on a bike.

Sunday also marked the second year in a row where I have turned up to the club run 1/2 an hour early the morning after the clocks went back. At least i’m consistent in this area. 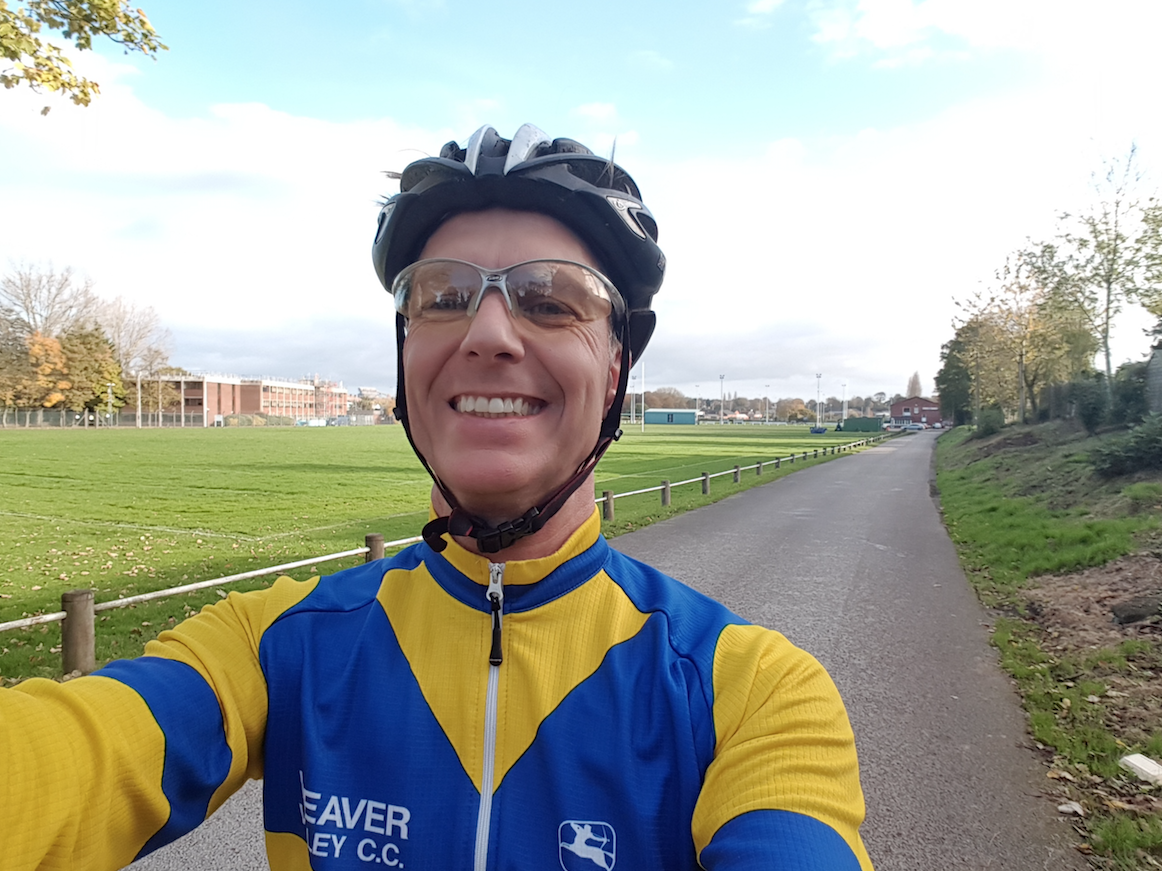 The morning was bright, chilly and clear, a lovely autumnal day and the turn out at the club large to the extent that 2 short runs went out. There were 9 of us on the long run; Paul G, Anthony T, Mark G, Brummie Rob, Jim D, Kev U, Matt B, Matt E and me. At the start I pointed out to Matt E that he had quit, he said, ‘aha yes…’. Enough said.

Jim took us on a good route; not the usual, direct to Treuddyn ride but Whitegate, Beeston, Tarporley, Holt. It made a welcome change Beryl.

We set off at a decent pace, a tight, well formed group which would have been perfect if all had been wearing WVCC colours. You can’t have everything I suppose. Whitegate’s Cinder Hill, crested swiftly, was my first indication that Mrs Fitness had gone on holiday; my heart rate rapidly climbing to 180bpm. Still, I survived. After Cinder Hill there are no more real challenges for many miles and as a result the group stayed tightly together, clothing colours clashing in places, chatter from all and sundry. Around Eaton we were joined by the Lesser Spotted Greater Married Woody, a rare bird that promises to make a come back in 2018.

It was the Audlem CC reliability trial on Sunday and groups of their riders were on some of the roads we were on and we passed them one after another. Around Huxley our group merged with one of these groups and I was chatting with a very nice young lady (shorts and short sleeve top!) when we passed another lady at the side of the road with a mechanical. Jim and Kev stopped and got her sorted while the rest of us waited half a mile down the road. As we were waiting one of the short runs passed us and the rare Woody bird left us and set off on his own, Captain Oates style.

The Bicycle Repair Men eventually returned and we set off again, Matt E soon peeling off to either go home or put in some more secret miles. For one who never touches his bike, his form and style are remarkably good. We were now heading for Holt and beyond. Near Holt, from out of nowhere came a speeding Graham Gregory, attacking hard in order to get to Cleopatra’s first. He did. As he was climbing off at the cafe we waved as we went past on our merry way. 5 miles later came the sharp little lump up to the Croes Howell restaurant, our group splintering up the rise and re-grouping at the car park, me coming in last, my heart rate up above 180 again.

The day’s next challenge was the Minera Road, near the Hope Mountain, this is one of those grinding roads, not particularly steep but at just an uncomfortable angle and again the group split up, Jim’s day-glo gloves disappearing in to the distance followed by I don’t know whom as I didn’t have my binoculars with me. In the couple of hours it took me to re-join the group they had decided against Loggerheads in favour of Llandegla (they had probably gone for lunch and the pub too in the time it took me to catch up) so that’s where we went, the swift downhill past the fishing hole taking us to the sharp left and up the narrow road to the mountain bike centre. In order to get to the cafe with 50 miles covered I did a lap of the car park before stopping and joining the queue in disco/cafe. It’s a great cafe in a slightly disconcerting way; menus on the wall in several different places, order here, collect drink there and cutlery over yonder. Still when the beans on toast of order 167 did arrive it certainly made an entrance, a half a loaf of bread swimming in a lake of beans. Jumbo portions these mountain bikers like. For the first time in my life I didn’t finish my loaf and lake but after a half an hour of peering at each other through the gloom and flashing lights and shouting over the disco music we set off again. 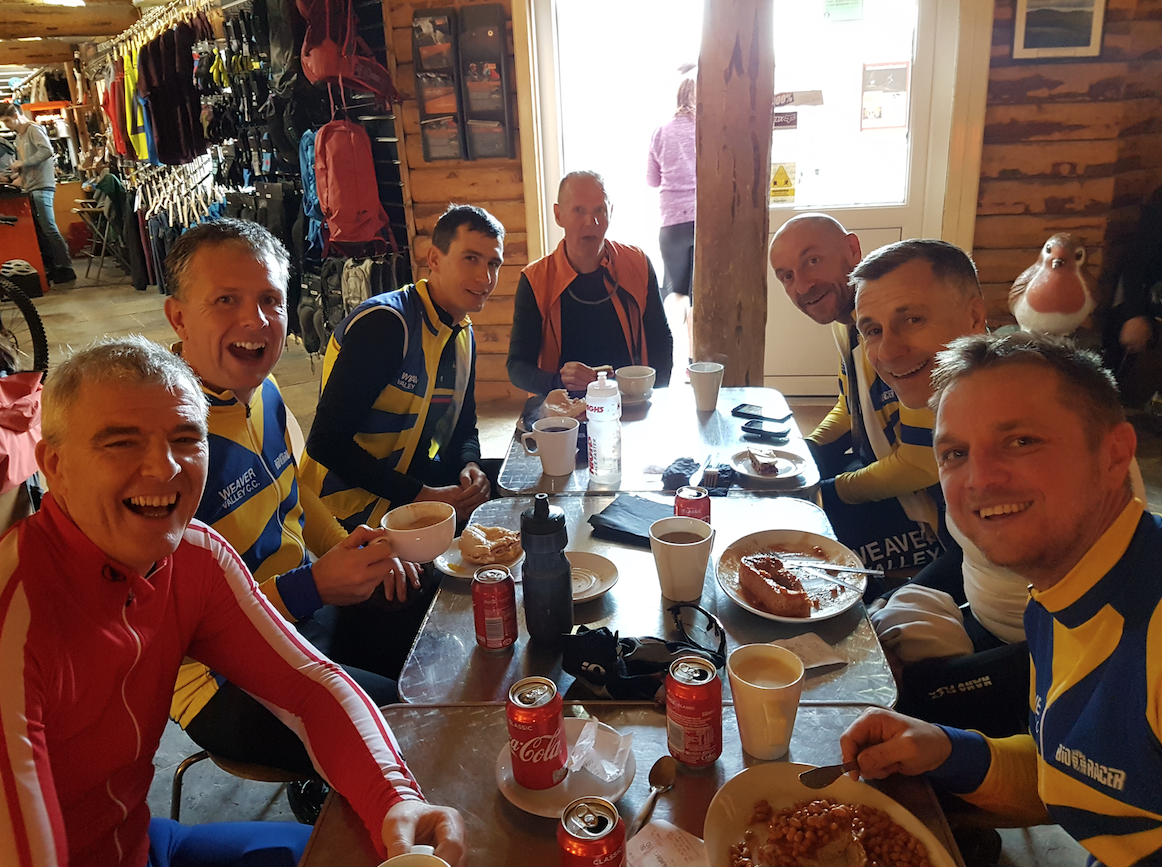 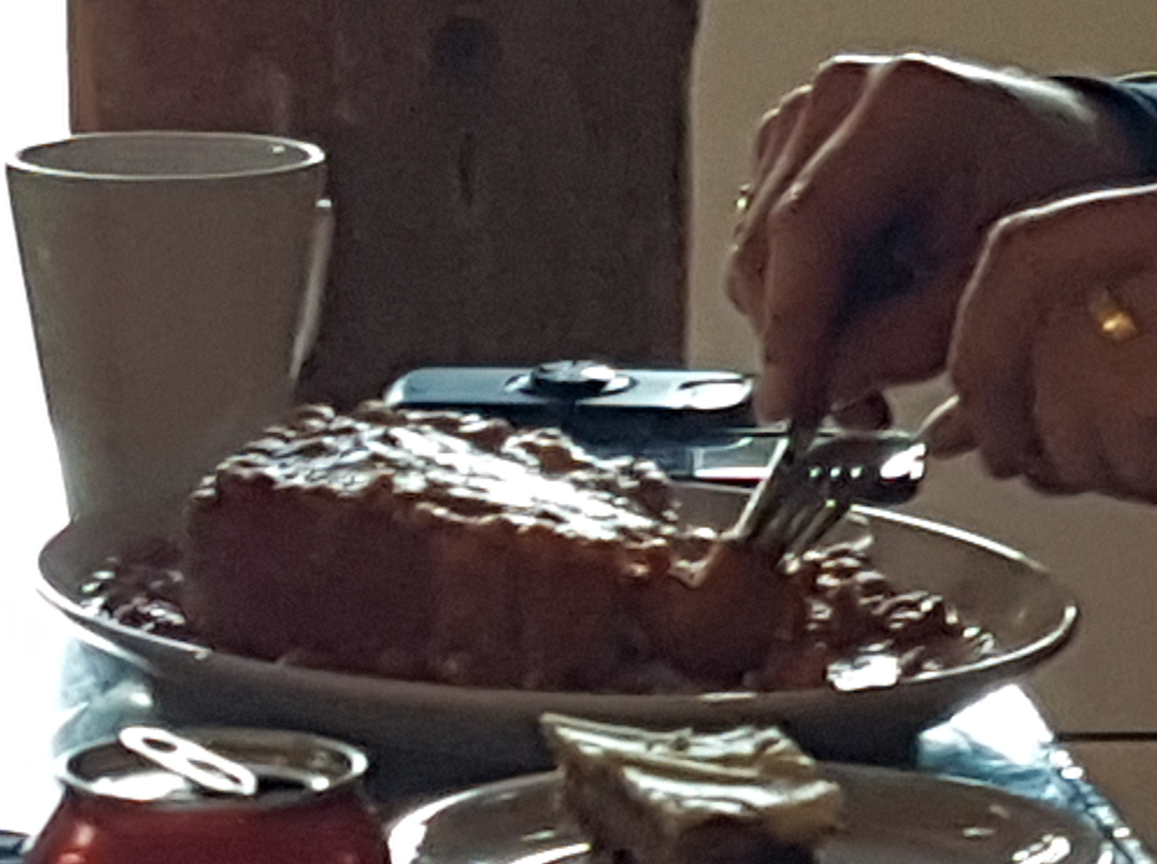 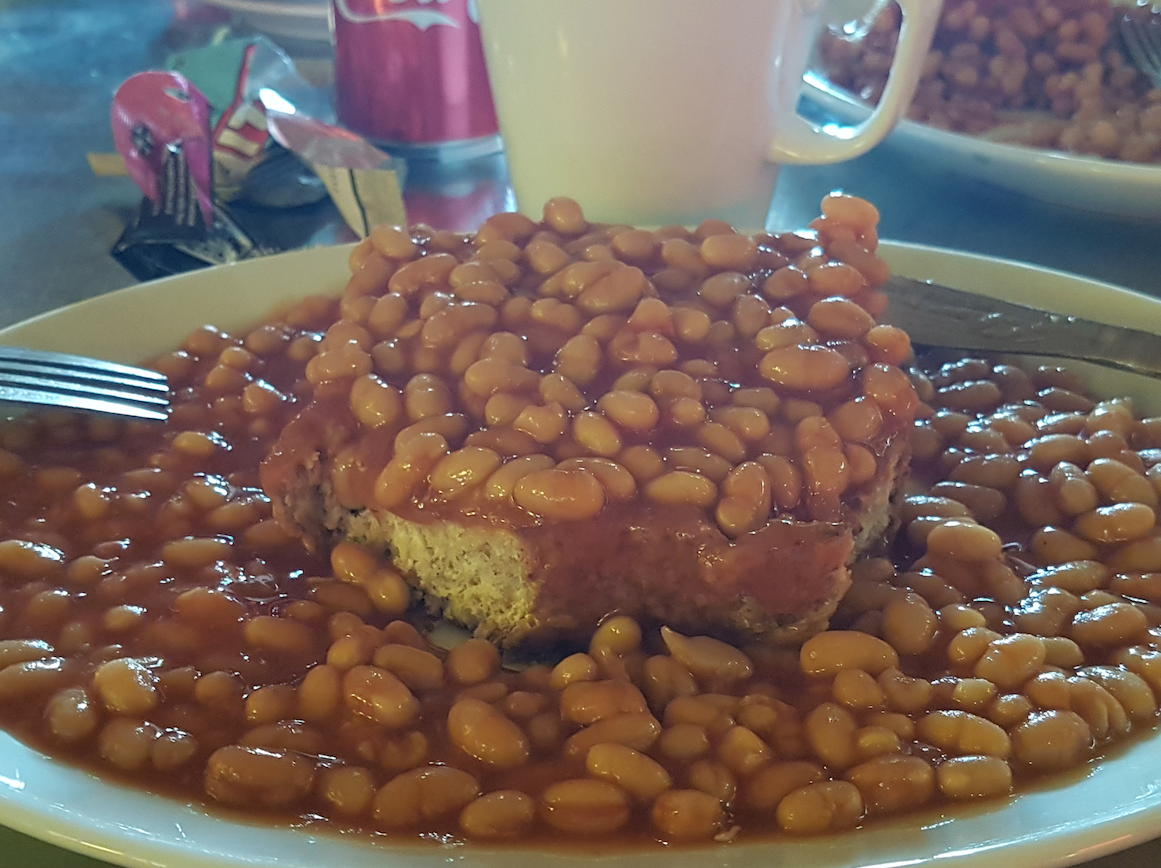 No complaints about quantity at all…

Back past the fish farm and left at the first turn to take in the moderate descent past Treuddyn and Pont-y-bodkin we were obviously going too fast as a very considerate man dragging a caravan decided to pull out directly in front of us and slow us down. Delighted we were.

We returned home via the Kinnertons and on to Chester, the group ably lead by anyone but me. Going through Chester I got my first twinges of cramp, it coming and going, getting worse with each attack. It’s usually a swift ride along the A51 and so it proved to be and in spite of myself I went on the front for a brief stint. Matt B (getting stronger and stronger, he will do fine racing next year) took over from me and I was dropped on the little rise to Tarvin. Over the top I chased as hard as my cramping thighs allowed and made contact with the group as it turned left off the main road towards Ashton Hayes. Of course this is the time when nerves are steeled and loins are girded in preparation for the assault of the Delamere Ventoux and forest rollercoaster. People go quiet because they know what’s coming as the pace goes up imperceptibly. I was distanced before it got at all fast and made my lonely way through the forest. Up ahead I believe the Jim lead out and Kev took the sprint. Going through the forest there was an idiotic woman slapping her dog at the side of the road so I slowed down and told her what I thought of her. I will never understand people that are so stupid.

Jim having peeled off, the remnants of the group waited for me at Hatchmere and we returned to Northwich together, each rider turning off as needed.

The day being nice and my brain not working properly I decided an extra loop would be in order so instead of going straight home took myself off on a diversion to add extra miles, returning home with just over 100 covered and feeling absolutely and totally exhausted. An Epic ride according to Strava.

Thanks Jim and all for a great day as usual. Next time I have any period of time off the bike would someone tell me how ridiculous i’m being.