Is Steve still with us? A short ride to Henbury

Was it late March or April? It certainly felt like spring this morning as I headed into the wind towards club. There was even the sound of a Skylark over the fields near Little Leigh. Not a sound you would usually hear until March. It was bright, warmer than usual, with a brisk, but not overly cold wind.

After celebrating Kempy’s 70th last night, I expected perhaps fewer out, but at the club there were plenty. Perhaps Llanberis panic was starting to creep into the minds of many…

So, the long ride was off to the Mills via a hilly route, whilst we, the short ride, were to head, again into the wind, to Henbury.

Alison thought she was in the med in her shorts, and as we set off, big Steve mentioned that he wasn’t feeling very fit, so we all knew that it was a good idea for the group to check on him, just to make sure that he was keeping up.

There are many ways to check on a group member. This normally is a collective thing, where at each junction, we’d look over out shoulders, and say ‘Is Steve still with us?’ There is also the method, usually for chronic sufferers of various medical conditions, where you might wear a wristband that emits a high pitched and loud alarm, to alert others of your emergency, or just your presence. 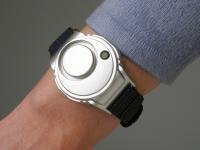 Steve had a better method than this, in the form of his high pitched, 130db squealing disk brakes. The likes of which could dislodge fillings at 100 paces, bring on a heart attack to those of a sensitive condition, or even wake the dead.

As we meandered through the quiet, peaceful spring-like Cheshire countryside, the tranquility was broken at each junction, as the brakes went on and the SQUEEEEEEEEEL emitted, shattering eardrums, and drowning out the swearing.

Luckily, we were bobbing on at a relatively smooth pace, so undue braking between junctions wasn’t necessary.

We tripped along through Goostrey, turned left up Blackden Lane, then past Jodrell Bank, before jumping onto the main road at the Terra Nova dip, and right through lower Withington.

A screech at the main road again, and we were soon onto Pexhill Road, all the way to Broken Cross, where the left turn to the cafe saw the speed increase by an absolute ton, as we dashed for the cafe.

Steve braked as we turned in, several old ladies had a funny turn, cats howled, foxes screeched, glass shattered, and we entered ready for our din-dins.

Fortunately, we were then very civilised, and as the teapot arrived, Andrew (to give him his Sunday name), obviously of excellent upbringing and good standing in society as a respected school teacher, served tea.

Alison couldn’t finish her cake, so Alan obviously had to step in to do the honourable thing. I won’t mention at this point that Alan also now has another addiction. That’s for another time.

So, we were done, and duly raced to Chelford, (had a quick photo stop) before taking the roads back around to Lower Peover, back through Lach Dennis, and back toDaenham. Here we started to disperse.

It was a really nice ride today, the group stayed together well for the entire ride, and I only wish that I could recall a conversation, but I can’t, because I couldn’t hear anything on the road, and as I’m now completely deaf, will be off for an inner ear operation tomorrow. Only the tinnitus like screech remains in my ears. 🙂