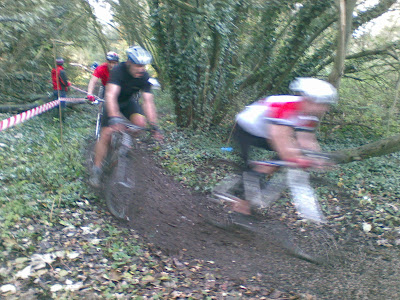 A record field of 144 riders made it a cyclo cross to remember on a perfct autumn day, firm on the Greenbank playing field but much heavier and slippery in the woods.

Tom Armstrong – Herbalife/Wheelbase was close to the head of affairs from the gun with stiff competition early in the race from Giles Drake who ended up 3rd. Last year’s winner Paul Bethell finished very strongly, to overhaul team mate Drake, but was still 12 seconds behind junior Armstrong at the line. 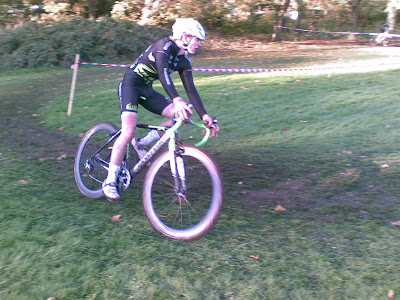 Matthew was first WVCC rider with a strong ride on his singlespeed, despite the rotating handlebars. 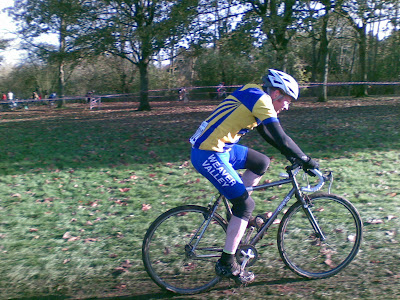 Kev Underhill was stronger towards the end, but didn’t have the legs to catch Matthew. Something to do with 11 hours running in the Scottish Highlands last weekend I expect. Eleanor Underhill was 2nd Lady, only beaten by a junior. 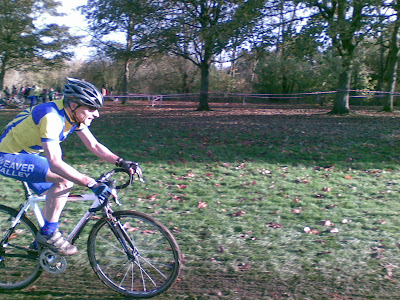 James risk was first U16, even though he was on a borrowed bike and isn’t a regular at cross! Well done James! There were strong rides from the U14s and a record 39 entries for the U12 event. 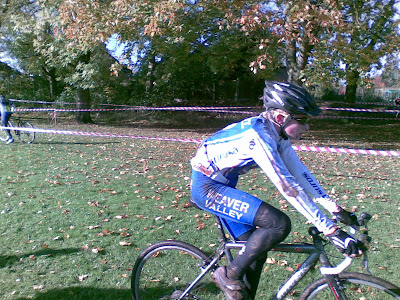 Thanks to all who turned out to help with the mammoth task of setting out the course, marshalling, judging, signing on and clearing away. Generous sponsorship from Fenwick’s bike cleaner, The Bike Factory Chester, Dave Hinde Racing, Jack Gee Cycles and Halfords Northwich helped with the prizes.Thanks to John and Len the commissaires for making it all run smoothly.
Further reports, pictures and results at http://nwcca.org.uk/
Cyclo Cross, Off Road
Delamere Saturday 5 November
Weekend away 12&13 Nov Altura Trail and some other tracks