‘Why is it called the Castleton Carousel?’ Nick asked me as we pushed up the fifth tasty climb of the day. My thought was it went round and round in circles, (one large, one much smaller included for a stupendous final decent back into Castleton) but as we were approching 4000ft of climbing his suggestion that it went up and down so much seemed more likely. 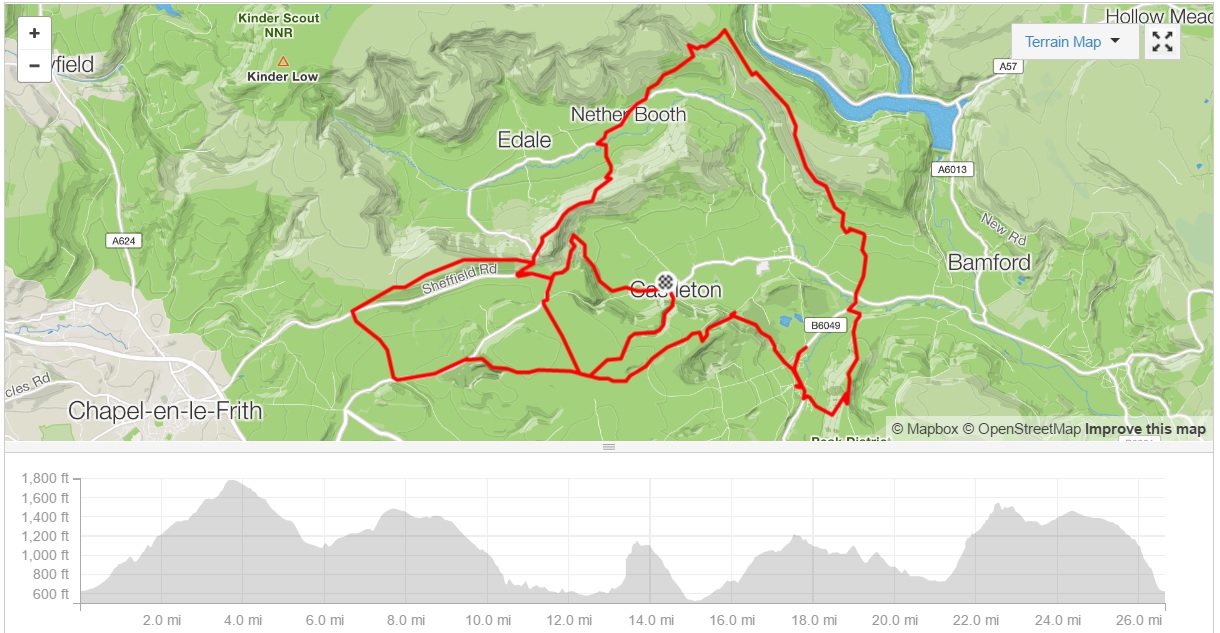 Round and round, up and down.

We’d started out 10am from the middle of Castleton, having narrowly avoided missing Rob and Steve who I wasn’t expecting to come, and straight into the longest, if not the steepest of the day past the various Castleton cavern visitor centres, (Speedwell Cavern a waste of money according to Nick) up onto Rushup edge. At least we’d not saved that until the end of the day by parking at the Rushup car park!

The next section was a bit more gravity friendly, and we rolled along at a nice pace. As we rode I teased Steve about what was likely to go wrong with his bike, it usually ends up going home in a better condition than it arrived due to some trail side spannering, then karma put me back in my place when first of all Nick caught a pinch puncture on a rock then my gear cable snapped at the derailleur clamp. Luckily Rob, having had previous experience of such a breakage in the middle of nowhere, produced a spare out of his bag, meaning we arrived at Bradwell just in time for a lovely pub lunch.

Would have been the plan, but two pubs and a cafe were shut – at lunchtime – in the peak district – on a lovely summers day! Bonkers, so we ended up sat in the Co-Op car park, being serenaded by the refrigeration unit of a supermarket delivery truck.

Good job we stopped though, as the next climb was a proper grueller, up to the jumping off point for the local Paraglider club. 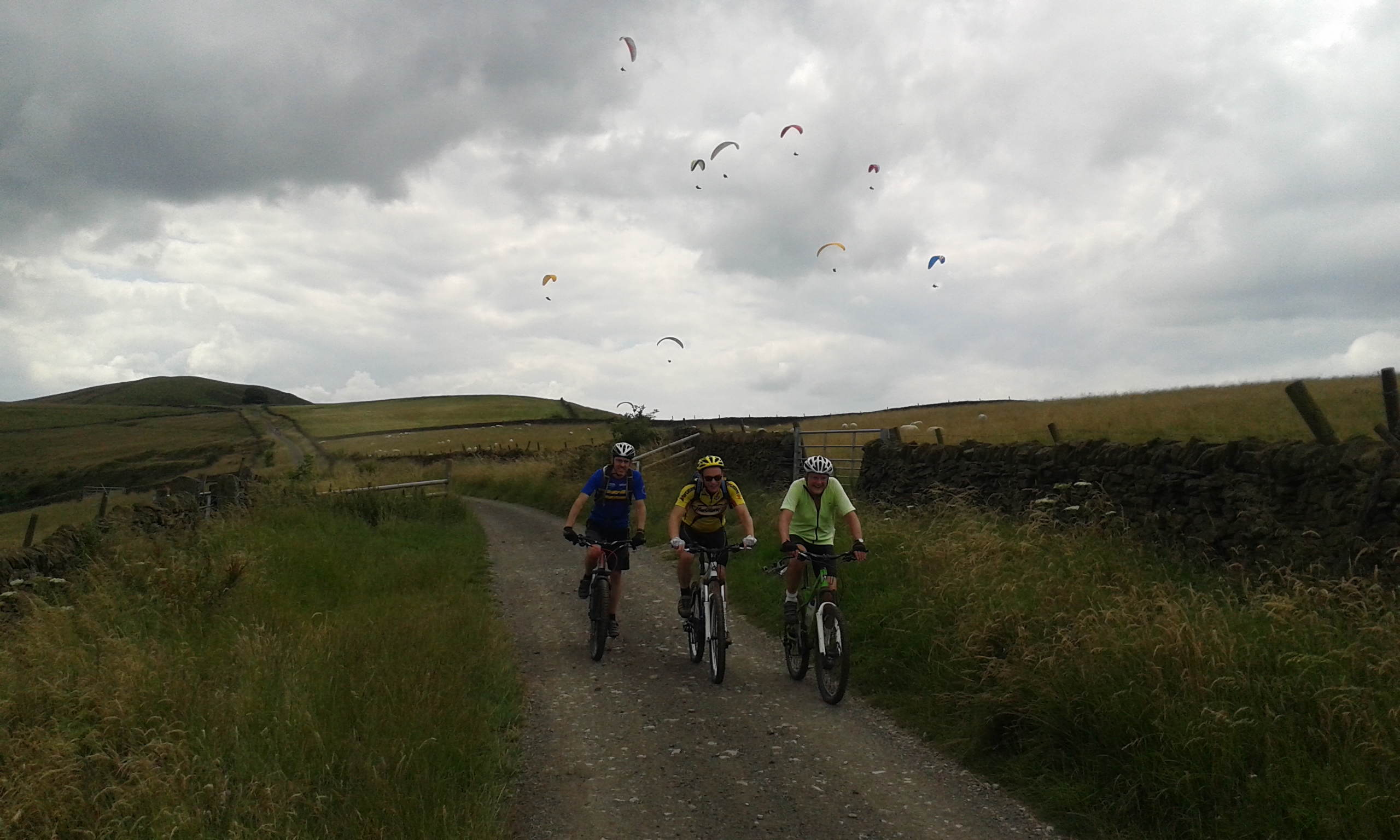 Small or far away.

The route description did suggest this could be missed out, but I reckon my compadres  enjoyed the push up and the view from the top. Look, they’re all smiling in the picture. 🙂

Rob and Steve left us shortly after to road-bash back to Castleton leaving Nick and myself to continue up to Hope cross, near the north west corner of Ladybower Reservoir, climb four of the day. Onwards and downward/upwards brought us back to the end of the first loop at Mam Tor. I was getting jiggered by now, and was tempted by just rolling back down to the van the way we’d come up initially, but my arm was twisted to finish off properly with the little loop back past Peveril Castle down a little valley called Cave Dale. Well worth the effort! This was my favorite descent of the day, starting off wide and fast, getting steeper and rockier, but still fast, (while being sensible around the many walkers) and ending up with a saddle dropped, brakes on smash down what is probably a stream bed for much of the year. The kind of trail you stand at the top of and decide will it, or won’t it go, because once you’re committed there’s little chance to stop.