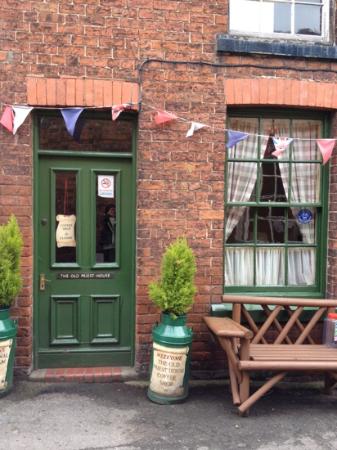 The weather man suggested that today would have some sun with occasional showers. The Lord above had other ideas, and as I left for the Legion, it rained immediately. After a good soaking, I arrived, and met with the other apostles for today’s righteous ride.

In a change to the sermon, earlier in the week, it was noted by Brother Julian that this was also the day of the Cheshire Cat, and that we should all avoid the hordes of the great unwashed by finding alternative destinations. Brother Alan looked to the heavens and suggested that we should ride outwards towards Nantwich.

We knew not where we were going, but with faith, followed our leader out towards Whitegate. At the Clay Lane crossroads, we turned left and headed towards Winsford. We were however thankful for the tailwind. Cape-ing up against the biblical showers, we continued on towards Reaseheath, Wettenhall, and onto Nantwich. We then rode the length of Coole Lane to Whitchurch Road and then to our spiritual destination of the Old Priest House Coffee Shop, opposite St James Church.

Inside, looked after by our hosts, we ate well.

As our lunch time conversation briefly paused on the subject of household chores, it was also good of Brother Wood to offer Sister Emily his ironing services. It was especially good though to see that Brother Alan had finally exorcised his demons of cake, and had ordered beans on toast despite the fact that various Brothers and Sisters had ordered such confections in full view of our leader. However, as we went to pay for our nutritious Sunday bounty, we observed that Alan was tempted by other confections. 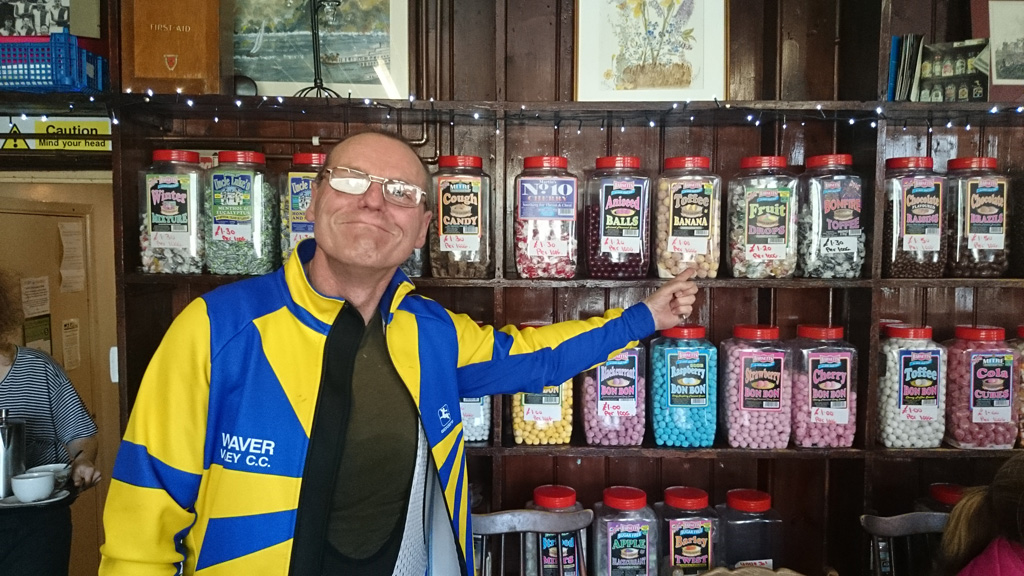 No Brother Alan, sweets are not the answer...

Later, Brother Alan, upon being offered, did accept some jelly beans. Let us all hope that this does not lead to a further problem.

The ride home was a headwind battering in the main, retracing our steps along the same roads. At Whitegate, Brother Steve chose to give in to temptation, and took an early break from the bottom of the hill. Brother Ady chased to point out the errors of his ways, and fortunately overtook Brother Steve to take the victory, and chastise him on his early dart.

Another good run led out by Al, and all returned tired but spiritually refreshed.

Road Runs
To Holt and back
Don’t forget to set your clocks forward this weekend!!!!!