We nearly called it off due to the flooding in Lancashire / Yorkshire with Hebden Bridge, our intended lunch stop on the breakfast tv news due to the main street being submerged. But six intrepid off roaders set off from Waterfoot near Rawtenstall to tackle the 50 mile loop.

This was early on, before we had hit too much mud, although Tim had managed to skin his knees falling on the rocky slabs, El always smiling,Gareth the wippet, Derek on a borrowed bike and Kev who was on a mission riding up the “unridable” sections with apparent ease. 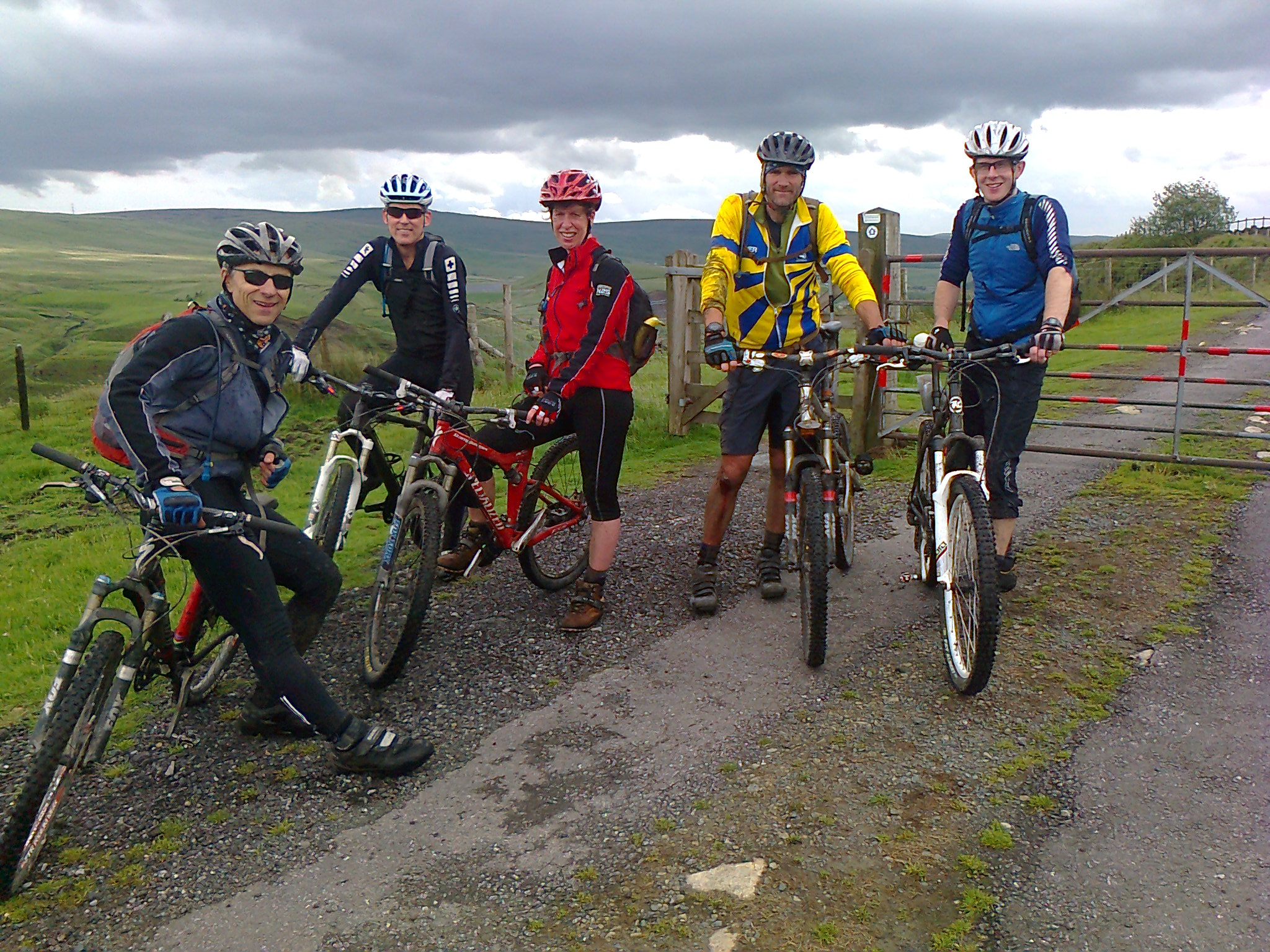 This was almost half way round, below Stoodley Pike near Todmorden. Although some of the tracks had been washed away in Friday’s rain and there was a massive landslip, many of the old cobbled sections were fine and the rivers had all subsided. 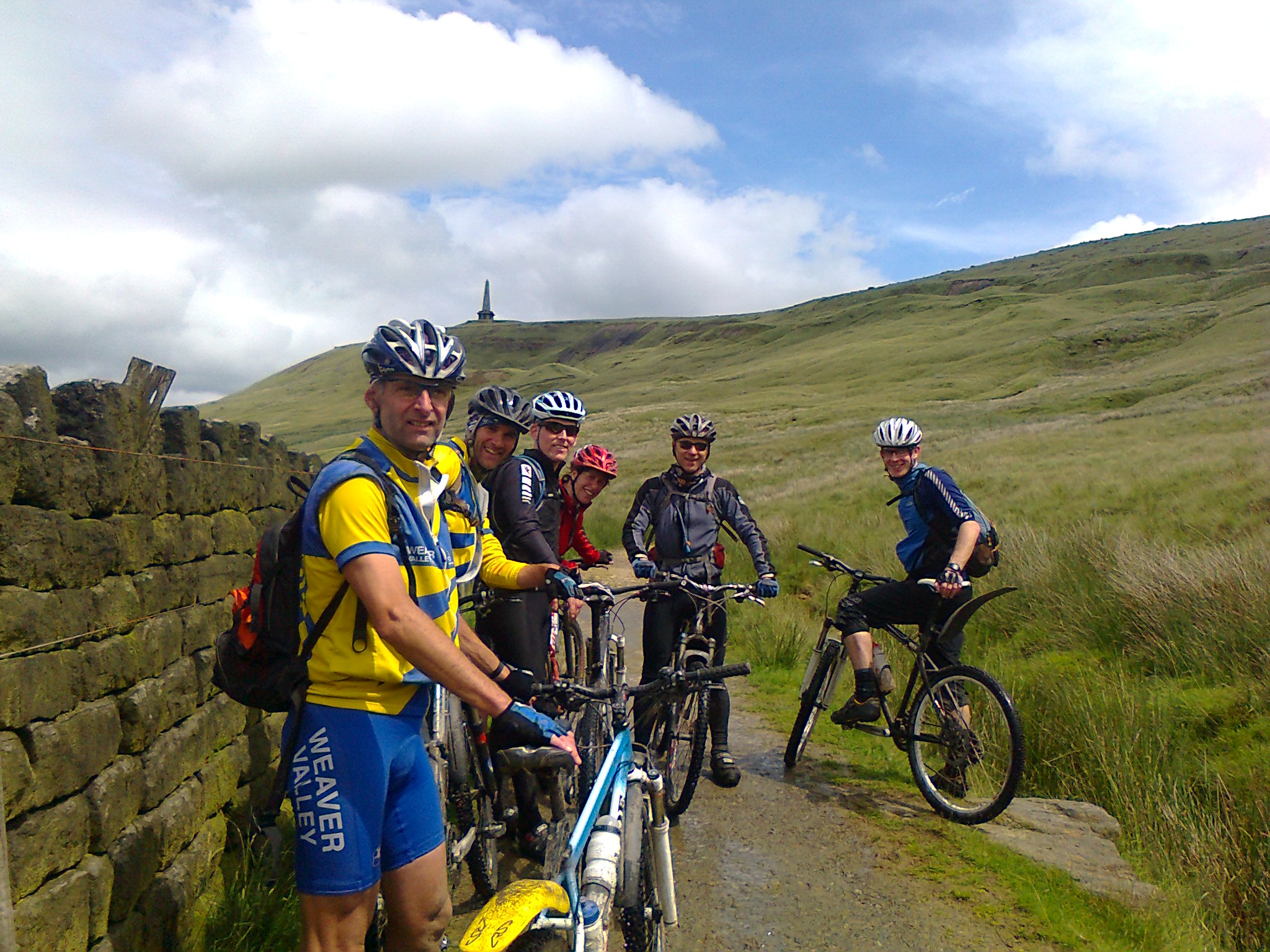 It stayed fine for most of the day but was very tough in the strong wind and the heavy going. This is the monument to Mary Towneley who campaigned for the reinstatement of many old pack horse tracks as bridleways for the enjoyment of all riders. That’s the dirtiest Gareth’s bike has ever been and there were a few creaks and groans from all of the bikes as we arrived back at Waterfoot, tired but happy 9 hours after setting off. 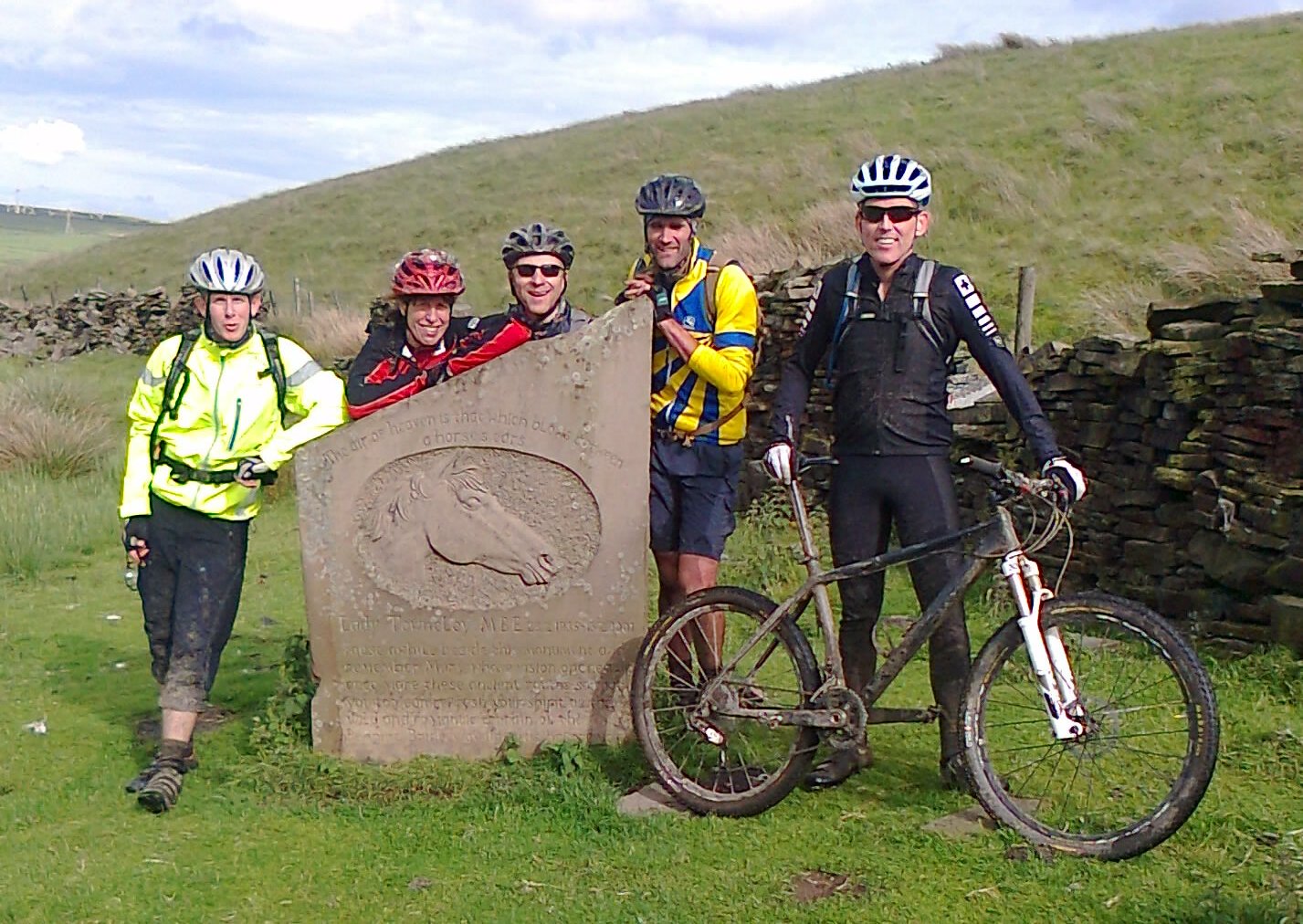