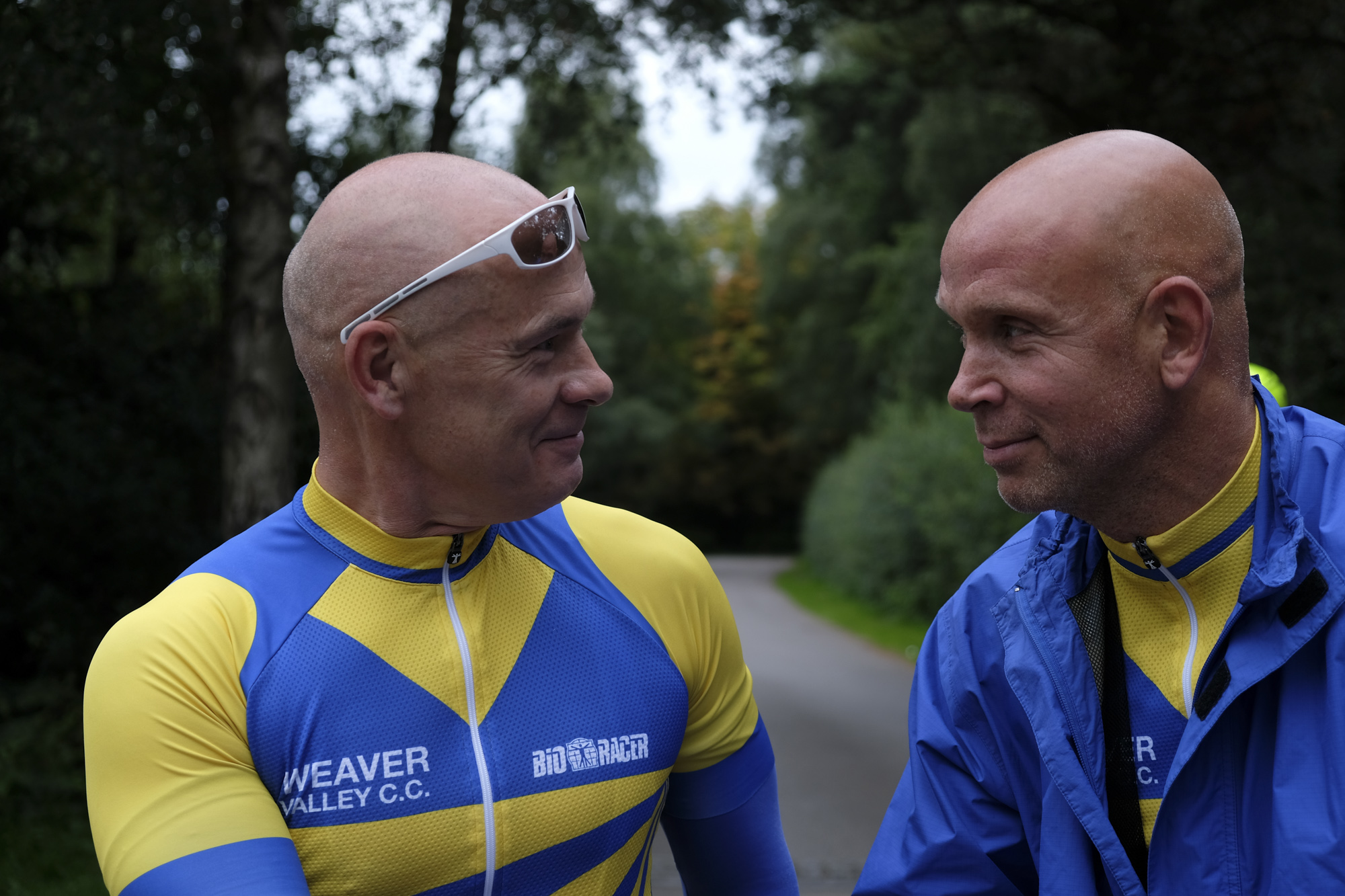 Face-off. The two contenders for the Guardian Cup.

Well, a tougher night than we’ve had in a few weeks greeted the riders who were contesting the Final Fling, the overall Scratch, and most importantly, the Guardian Cup.

Before this last round, Paul Connor found himself leading by a single point ahead of Tony Booth. tonight, it was an all out battle to improve on PB, and hopefully gain more points to edge ahead of the competition.

It was breezy,  without too much of a favourable wind direction, although it stayed dry with only a spot or two of rain in the air.

Times came in, and Jim Duffy romped home in first place, continuing with his excellent form this year.  Thus, as Dan Robson had previously been leading, Jim leapfrogged Dan by 4 points in the last round, scoring maximum points and winning the Scratch series for 2017, With Tony Booth in 3rd place.

In the Guardian Cup, excitement was in the air, as the battle royale between Tony & Paul played out. 1 point separated them.

As times came in, and points were totalled, Tony beat his own PB by 2 seconds, pulling in 24 points, which gave him a valuable 3 point lead to take the Guardian Cup for 2017, ahead of Paul Connor, who has had an excellent first season with the club, showing improvements as the season has progressed and much promise for future time-trialling.

Points for the season are below. Well done to Tony Booth and all the competitors this year.