With the benefit of hindsight….

…on Saturday 15th October we had what was nearly a perfect club MTB ride. I’d found a route on the Internet around Rivington Pike and the attendant reservoirs, which are just outside Horwich in Lancashire that looked like it was spot on for a sensible day out. Nice distance, a reasonable amount of climbing, not too far to drive and a definite cafe stop for lunch. Even better, a free car park and easy escape routes for anyone who didn’t have the time or inclination to go the whole distance. Like I said, perfect and when we arrived, with everyone, (as near as we get) on time in sparkling weather there really was nothing to spoil the mood. 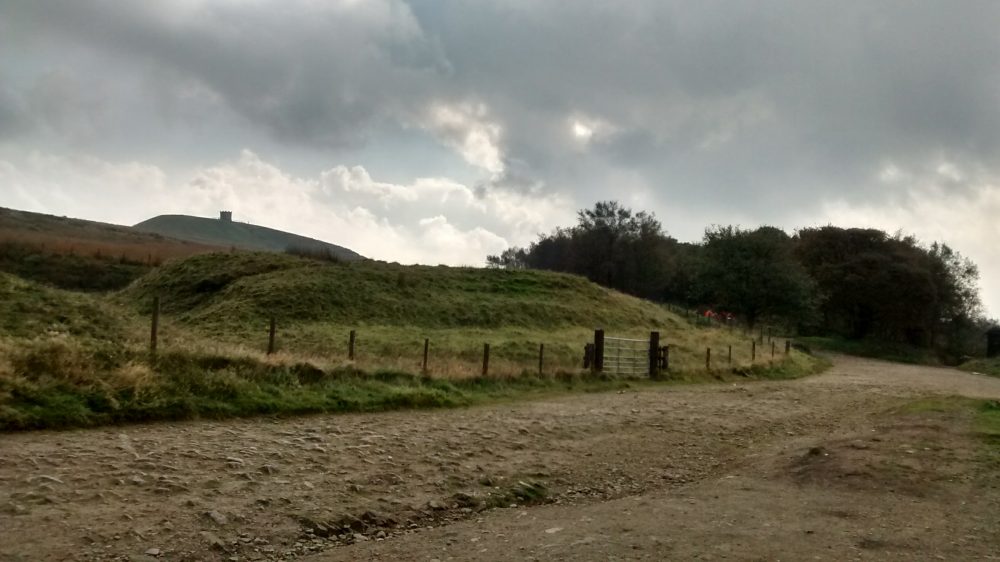 So we rolled out for our first low level loop of the day, following around the edge of Rivington and Anglezarke reservoirs. The generally untesting gradients gave us a chance to wonder about the wealth of the water corporations in the middle of the 19th century who could afford such elegant stone masonry to construct walls and equipment houses.

After only a few miles the route took us up a path towards a woodland called Healey Nab. This was an unexpected little treat, as there’s a mini little trail centre secreted away there, with all the usual drops, jumps and berms and a couple of little black runs in a compact little 10 minute circuit. where we stayed a while and took a little video of Iain jumping a step section. Perhaps not in his usual massive style, as there was a tricky kink at the landing point which would have been easy to overdo.

On completion of a couple of laps of ‘playing out in the woods’ we looped back around towards Rivington and tipped up at the Rivington Bowling Club cafe. Now, whoever constructed this place clearly didn’t get the architectural memo from the Victorians, this was more brutalist prefab, and while I have heard it suggested it’s never a good idea to drink in a flat roofed pub, inside was a more homely atmosphere with a wood burner, lots of local club cyclists, (good sign) and a superb cake size/cost ratio. Bar opened at midday too, (!) though surprisingly nobody was tempted by the hoppy energy drink served.

After lunch we were onto our second circuit of the day and more victorian architecture, this time mostly built by Lord Leverhulme the soap factory magnate. It was a bit of a climb up to the Pigeon Tower overlooking the lovely landscape, past a mightily impressive arch bridge and the ruins of the Lever’s summer house and gardens. 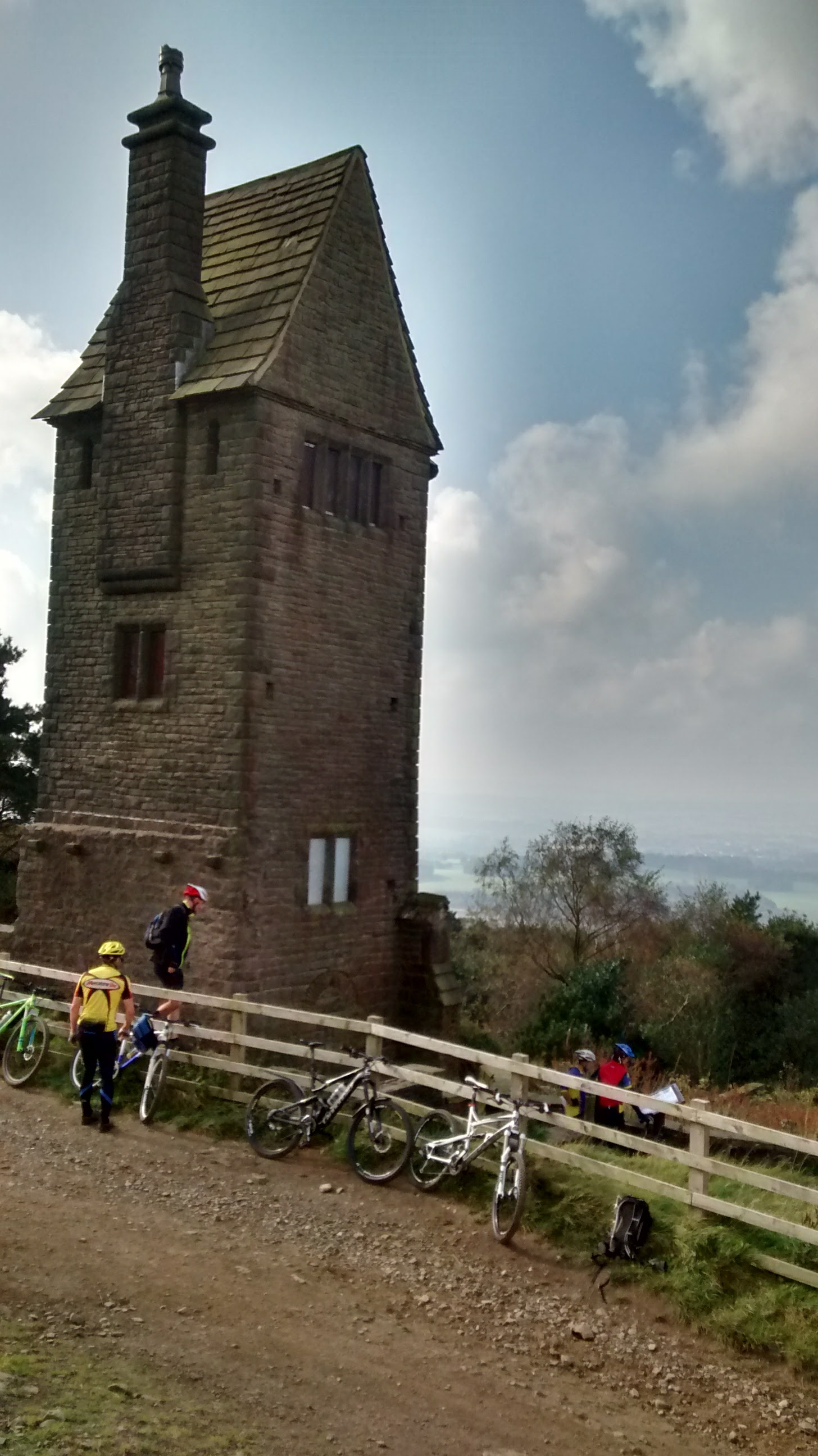 What naturally  followed was a really technical, rocky descent, reminiscent of some Lake Districts more testing trails, if not quite as long. After a couple more miles down some faster, smoother trails, route finding indecision and a quick look at the unfinished Liverpool Castle, (it is actually called that, I wasn’t so lost) we arrived back at the meeting point. Job done and not a puncture or mechanical all day, in hindsight absolutely perfect. Oh yeah, apart from the snot flying, bloodletting, helmet smashing skin loss high speed crash that I had when we were precisely as far away from the cars as we were going to get on the day. 🙁 Ouch.

Off Road
Winter Track Nights Update – another date for your calendar!
Three punctures, feisty Kris Z and a guardian angel