27 December 2010 Written by admin
The milder conditions gave six of us (Kev & El, Matthew, Andy B, Steve M and me) the opportunity to enjoy some of the excellent tracks and byways from Hayfield and over the Dark Peak on Wednesday. The predicted fog lingered in the valleys, so we soon climbed out of it, resulting in some spectacular views. 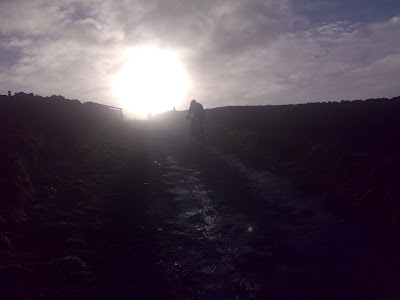 There was still some snow on the flanks of the higher hills, but most of it had melted at lower levels. However, where there had been compacted snow and slush, this remained as ice, demanding concentration and some grassy detours to avoid it. 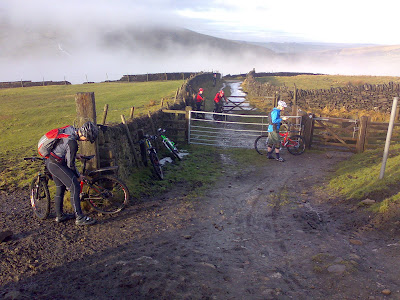 Even some motorcycle trail riders couldn’t make it over the ice past the Roych, and some even struggled with the rocky steps up Rushup Edge. We headed over the edge of Mam Tor after Andy had done a spectacular cartwheel dismount – 6.0 for artistic impression. A fast descent to Edale where the pub did us proud. 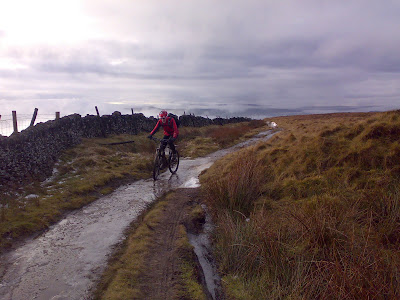 From Edale it was a long push up Jacob’s Ladder (the clue is in the name) before the long fast descent back into Hayfield. Anyone who thought conditions would be difficult was right! But we all enjoyed it, although I think we all wore out at least one set of brake pads due to the mud. These were Kev’s !!!!! Ouch. 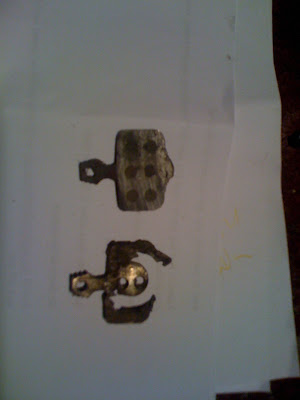