Chris Gilbertson, Jim Williams, Jo Blakeley and Jim Duffy all took part in the WRC 4 up last night, the target was to secure win the fastest team with a Lady.

Conditions were perfect. Five teams were eligible, we were off 2nd at 6:48 behind Knutsford Tri, it was the first time we had actually road as a four together so we were unsure on how it would go, we did know that Jo lacked a little with confidence on descents and fast sweeping bends / corners so we had to keep an eye on her as she was critical to the plan 😜.

We had a game plan, Chris off first,  so he can set the pace as he struggles to start quickly, the Jo, Jim W and myself, I had set my Garmin to bleep at 1 min intervals and 2 for me. That plan went out the window on the first dip down badger bank as  Jo was on the brakes and was gapped slightly so I dropped back to tow her up the hill. This had changed our order so the intervals were all wrong, I moved up to the front and did a 4 minute turn to bring it back on track for the interval timings, up over Chelford Island (with Jules Marshaling, thanks mate) and the railway bridge.

We the had the long stretch down to Seven sisters, again Jo took it steady, we regrouped and down onto the A50 and past the Whipping Stocks. Chris was doing his usual rock steady ride, he is great to ride behind as he rides so smooth. 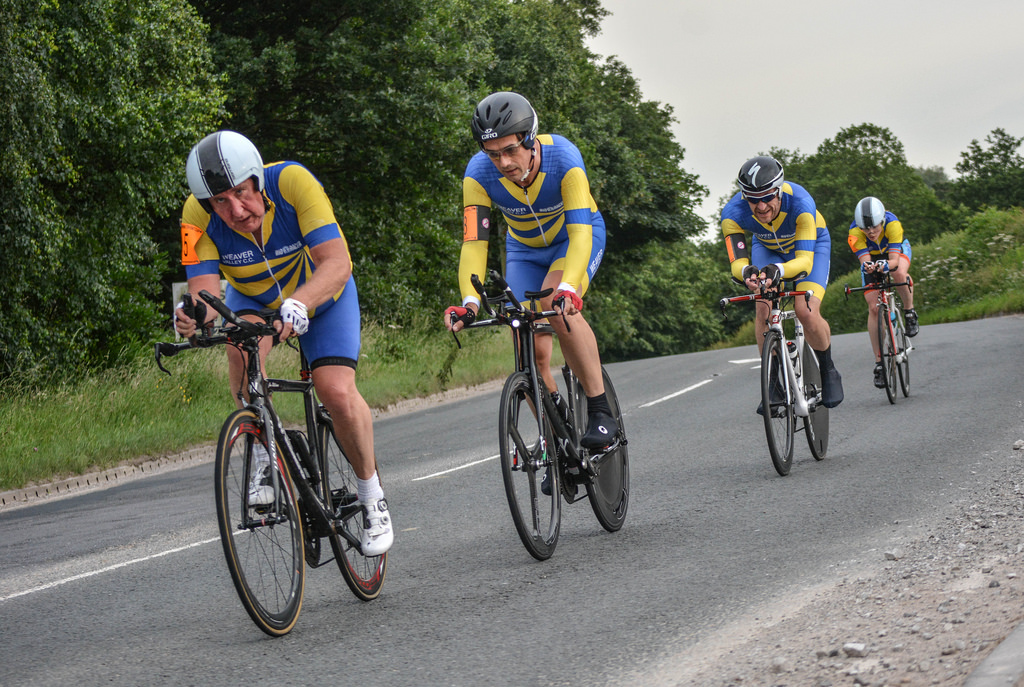 By now, we had we caught the Knutsford Tri, we turned into the lovable Tremlow Lane, regrouped and did the usual trudge back onto A535 at the Yellow Broom, past Jodrell Bank, approaching teranova dip, Jim was struggling holding Chris’s wheel, I rode to the front to ease the pace a bit. By the time we had climbed out of the dip both Jim and Jo were adrift, we regrouped and Chris and I took turns taking the front.

As we approached Chelford Island, I heard a shout from Jo, when i turned I couldn’t see Jim, it was too late, he was too far off the back to wait, we had to press on, and that we did all the way to the finish, making sure Jo stayed with us.

We finished with 58:20 and managed to secure the fastest team with a lady prize by just 13 seconds to Liverpool centtury, so a job well done. Jo not has 12 months to get her confidence back so we can defend the crown with a 57!

Many thanks to Trevor Horton & Warrington Road Club for another great event and all the club members around the course, especially on the A50, its great see the support and hear the shout of encouragement.