Far too late to be posting a blog on a Wednesday about last Sunday’s run, so here are a couple of pictures instead. 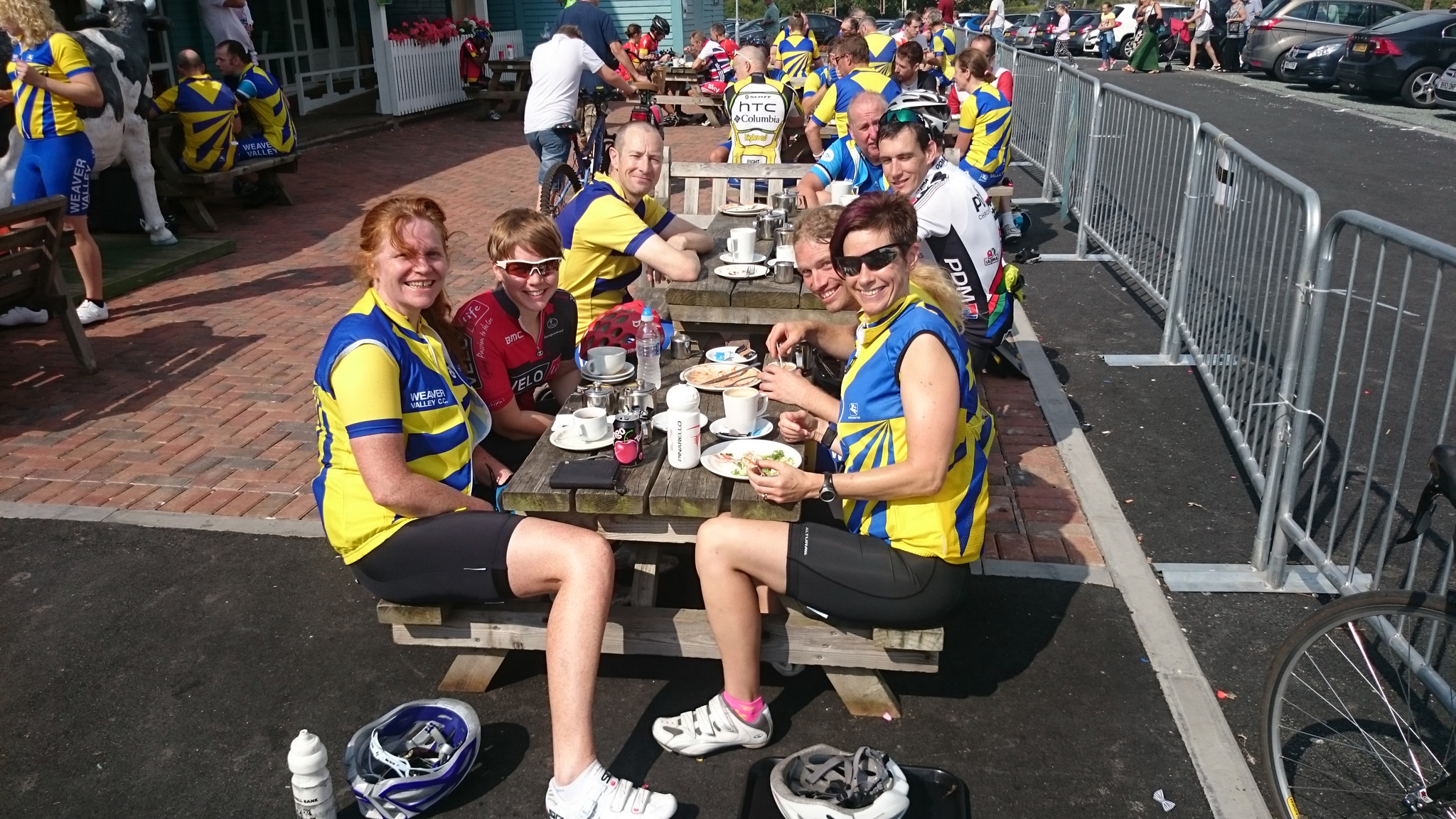 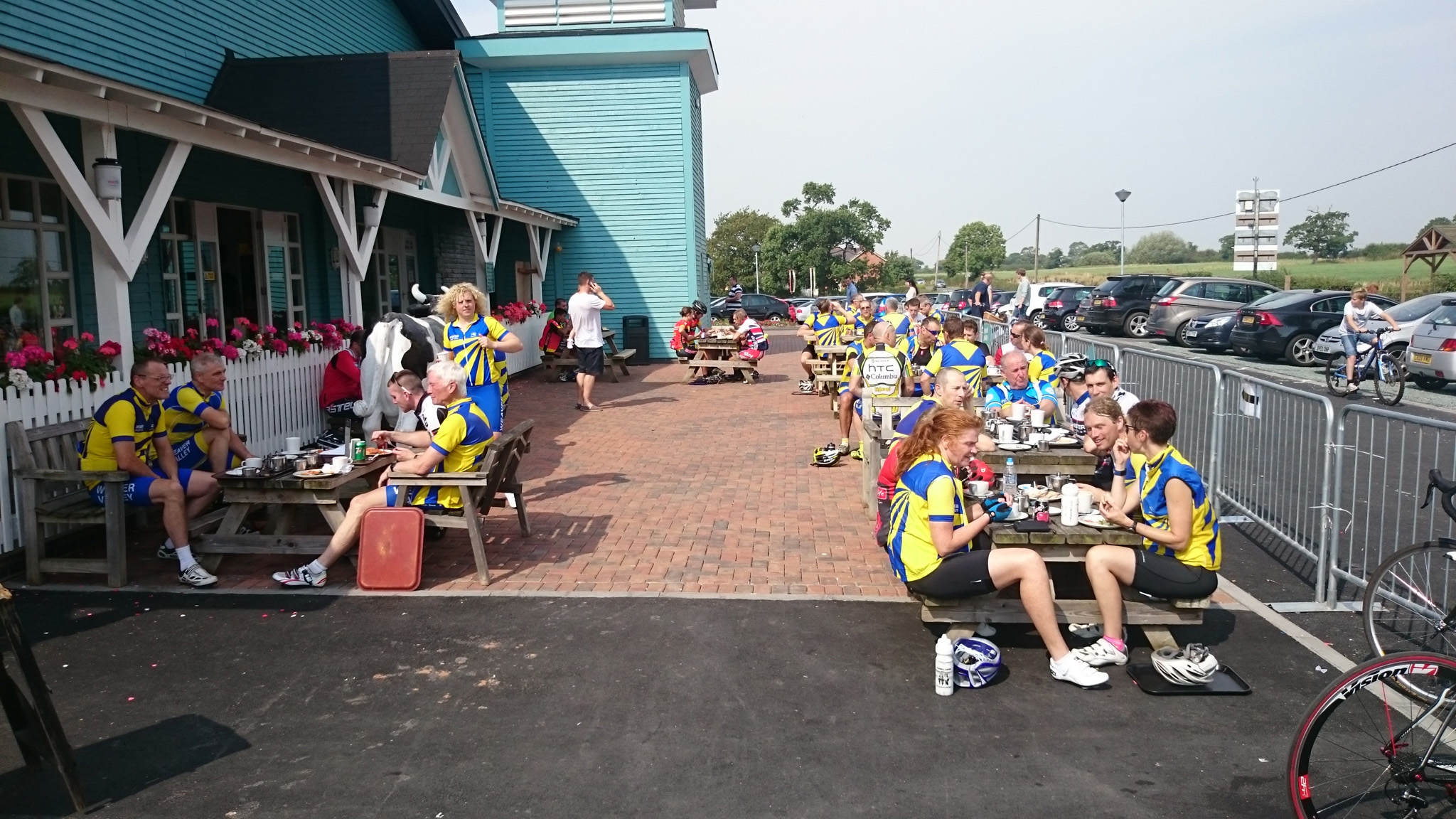 Of note though, was that it was a really nice day, and that we got there and back before the rain later on.

Also of note is that Carol accuses me of always catching photos of her either a) splattered with mud, or b) stuffing food into her face, and never, ever smiling. Not true, as can be seen in the first smiley picture above.

…and while I’m writing, this was also not a race, but a club run, of the ‘fun’ variety. Many turned up (as can be seen fro the blue and yellow above, and Al was to do something a bit different. It was suggested that we split into teams of 5 or so people, with a nominated team leader (I was elected one such team leader for the day), and see which team could get to the Ice Cream Farm first. The catch was that we should have teams of varied abilities, and that each team should ensure that the whole team arrived at the cafe together. There was to be £15 reward for the first complete team there.

Nice idea Al. It lasted about 5 miles, before splits happened, and by the time we got to Summertrees, there were a number of groups! 🙂

Al commented about what people would do for £15. I’ll not publish some of the responses…

Plenty of smiles though, so we carried on. As we wended our way through Oscroft, I can speak for my time being very well drilled and staying together, and as we approached Tattenhall, the pace was upping. I issued team orders not to put too much effort in and to save ourselves for a cafe sprint. At around 2 miles to go, we were mtoring along niceley, and the pace started to pick up. Why was this? Because Jimmy was on the front, and doing his 1mph+ every 500 yards trick. By the time the last turn and mile marker hit, we were at TT speed and it was getting ragged. At half a mile to go, one of my team went for it and hit the front – this was Nadia, on her first run out with us, attacking like a seasoned professional. Mark went next to take on the lead, and I took over the long sprint as the cafe came into sight. Not for long though, as I should have counted on Jamie, who carried out his usual cheeky last second attack to get across the line.

After 5-10 minutes, the remaining group arrived, and shamed faces kept quiet at not supporting their fellow team members to the finish line… 😉

At the cafe, much banter was had about the winning team, but it was decided that it was Jimmy’s team who came across the line first(ish). The prize went to them, and they are to donate this to the Guide Dogs for the Blind.

Getting home was much more relaxed, and I don’t think anyone caught the rain.

A great, different and fun day out, another blinder of a day Al Silver!

Oh, and I seem to have written a blog…