Well Kev and I opted for the “shorter long run”, but as ours was run by a real WVCC rider in proper kit, whilst the other long run was run by some imposter in Dulwich Paragon kit (he needs to speak to the WVCC kit secretary), we considered ours was the real long run.
Jules led us at a good swift speed and we kept together nicely, riding anti-clockwise whilst the “not so real long run” went clockwise. We rode through Bunbury, Bickerton, Malpas and Whitchurch, stopping only once when Craig punctured. It felt like we did a lot of uphill and I suppose that would be the case because, as everyone knows, Northwich is at sea level and Prees sits at 5,000 metres, where oxygen masks are needed because of the altitude.
The café at Prees was heaving with motorbikers. Emily had worn her skull and crossbones socks specially, because she had thought that would mean she would fit in, and so she did. We chose from the sophisticated menu, with some riders complaining that cordon bleu cooking wasn’t really what they wanted on a clubrun, but hey ho. Having feasted on champagne, oysters and caviar, with ketchup available if needed, we were just about to set off (with the revving of twenty big motorbikes in our ears) when the “not so real long run” riders turned up, looking we thought rather pale, clearly having ridden to near exhaustion on the wheel of their renegade-not-in-club-kit-leader.
And then home, with some of our riders complaining about heavy legs because they’d also ridden the Saturday training ride yesterday. We returned home through Wynbury, Audlem and Middlewich, with Alan and Kevan backmarking and providing a useful “I’ll bring you back to the bunch” complimentary service to those of us struggling a bit at the back.
A fab run, hats off to Jules for a great route, keeping us together and safe, and for setting a pace which was stretching but still allowed riders of different fitness levels to enjoy their ride. With Kev and me were Jules, Alan, Emily, Elaine, Mike, Paul, Alex, Tony, Steve x3, Paddy and Mark. We did something like 70ish miles at just under 17mph average. 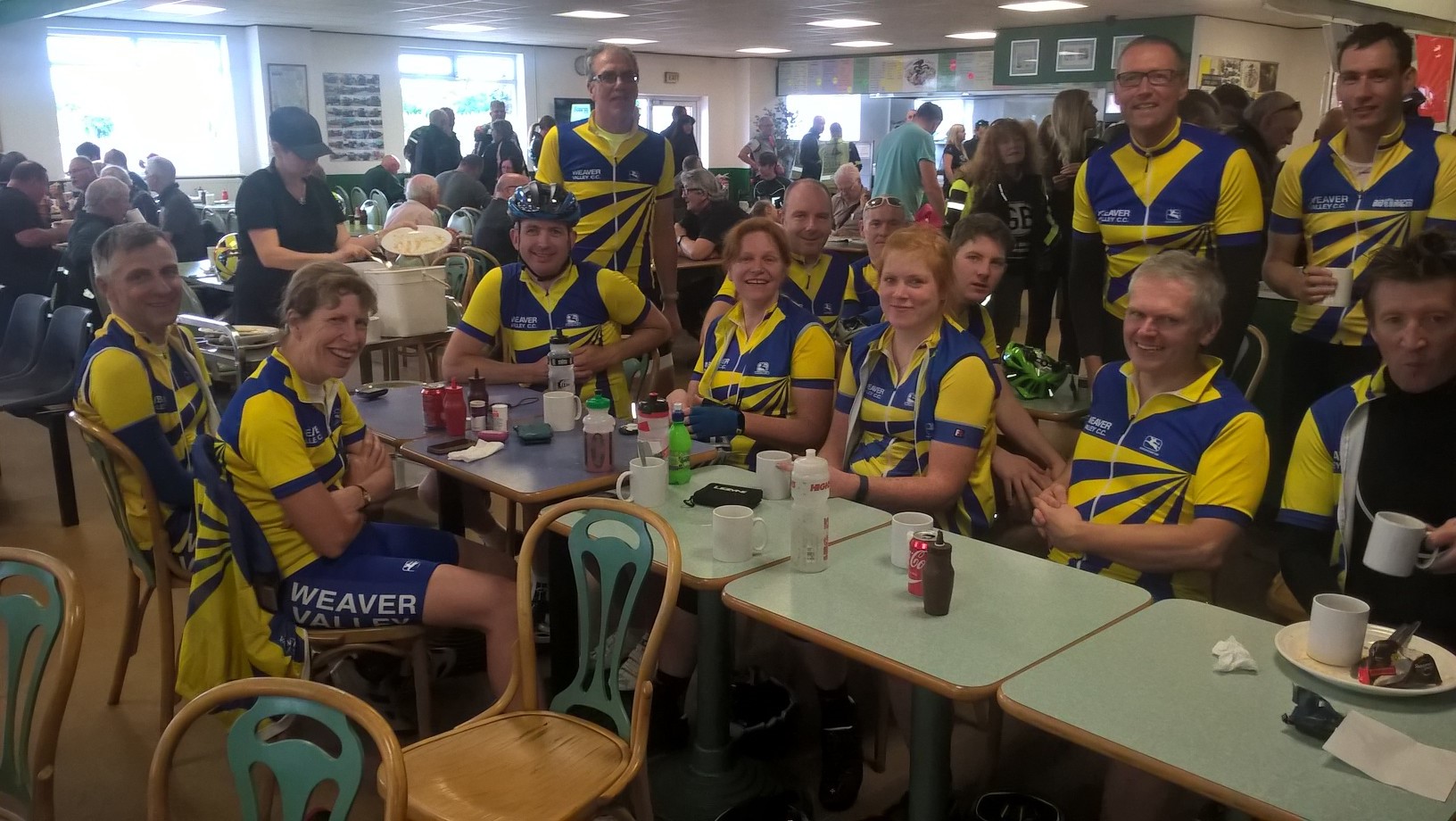 The oysters were lovely. Can you spot Emily’s socks?