The Sunday run to the Ice Cream Farm turned out to be a mass start of eager riders all desperate to get last minute miles in for Llanberis.

Despite Jim’s shout’s of ‘it’s too late’, Alan suggested a hilly route out to the Ice Cream Farm. A mutiny almost ensued.

After a brief excursion down towards Frodsham, and then back up Overton Hill, the ride into the stiff breeze was only a little easier.

The Ice Cream Farm was far from ready for hungry cyclists, as it was the Sunday in-between two half term holiday stints, it was packed with kids and parents. Some stayed, but a breakaway group, wanting their dinner (and cake) decided to head for the Lock Gate Cafe at Beeston.

We queued and ordered, and sat down to wait. Some of us were that hungry that we threw our hands up in the air and begged as ‘beans on toast’ was announced. I was one of those, and grabbed at the first beans on toast. This despite Woody being before me in the queue (sorry Woody, that simply wasn’t cricket).

Fortunately, there was much cake to be had, unfortunately, most of the cake was had, by our Club Runs Leader, and cake afficianado, Al. Evidence, as always, below… 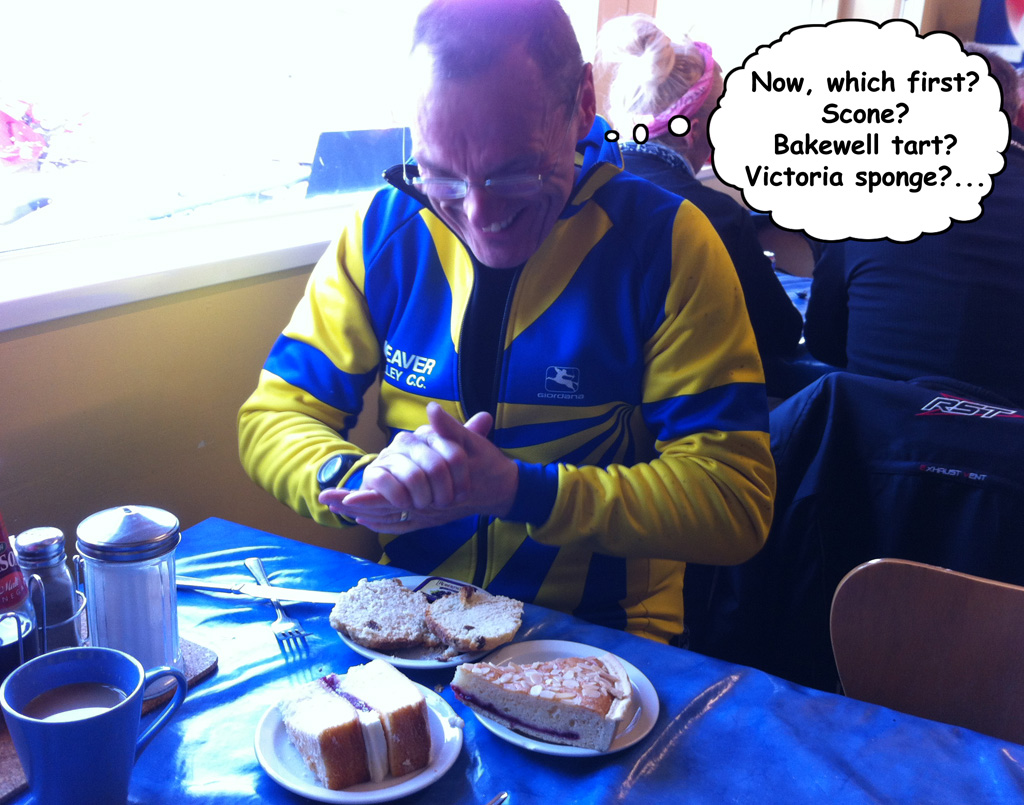 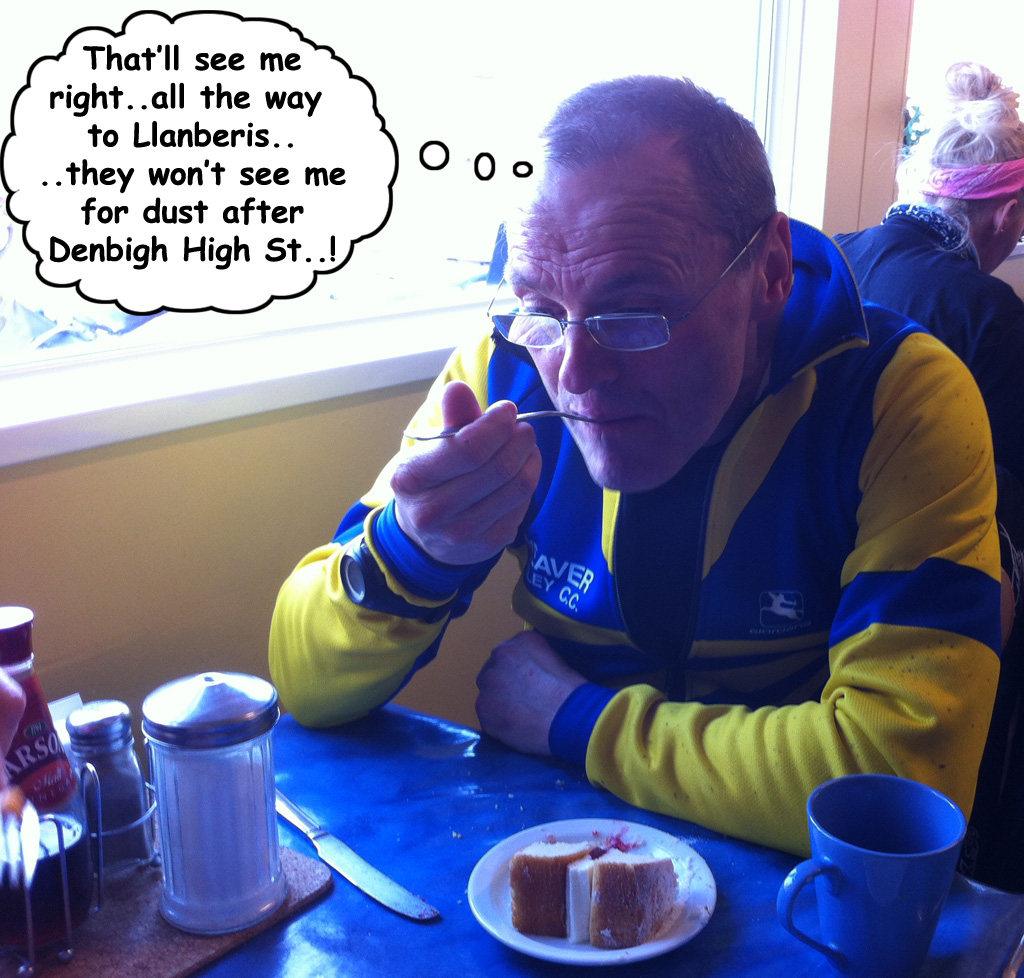