The ‘Cheshire is actually flat’ ride to the Mills

On Saturday, amidst the chaos of the cancellation of cancelling the time trial, a few moments of respite gave way to conversations about club runs. Henrietta asked –

‘Where is the club run going to tomorrow?’

‘Somewhere flat and short’ came the reply. ‘Like the Mills?’ I said

‘That’ll do’ was the answer

And so it was that on Sunday, as per the calendar, 9 of us set out on ‘Henrietta’s short flat ride to the Mills’.

We duly set off on familiar roads, and meandered out along the pan-flat Wallerscote Road, along through Acton Bridge, and to the  left turn for the plane like Norley Lane, some protests were heard from behind, but nevertheless, we popped along the flatness of the lane, and onto Hatchmere crossroads.

On through the unbroken levelness of Delamere, we turned right at Ashton, where one of our number left for home (probably bored by the complanate nature of today’s ride).

Along the Greenway and we were soon at the Mills. Some were tired, so we rested, although not quite made prostrate by our progress at a fairly leisurely pace to the cafe.

Food was ordered as per, and Holly made Caroline’s day with here coffee creation. 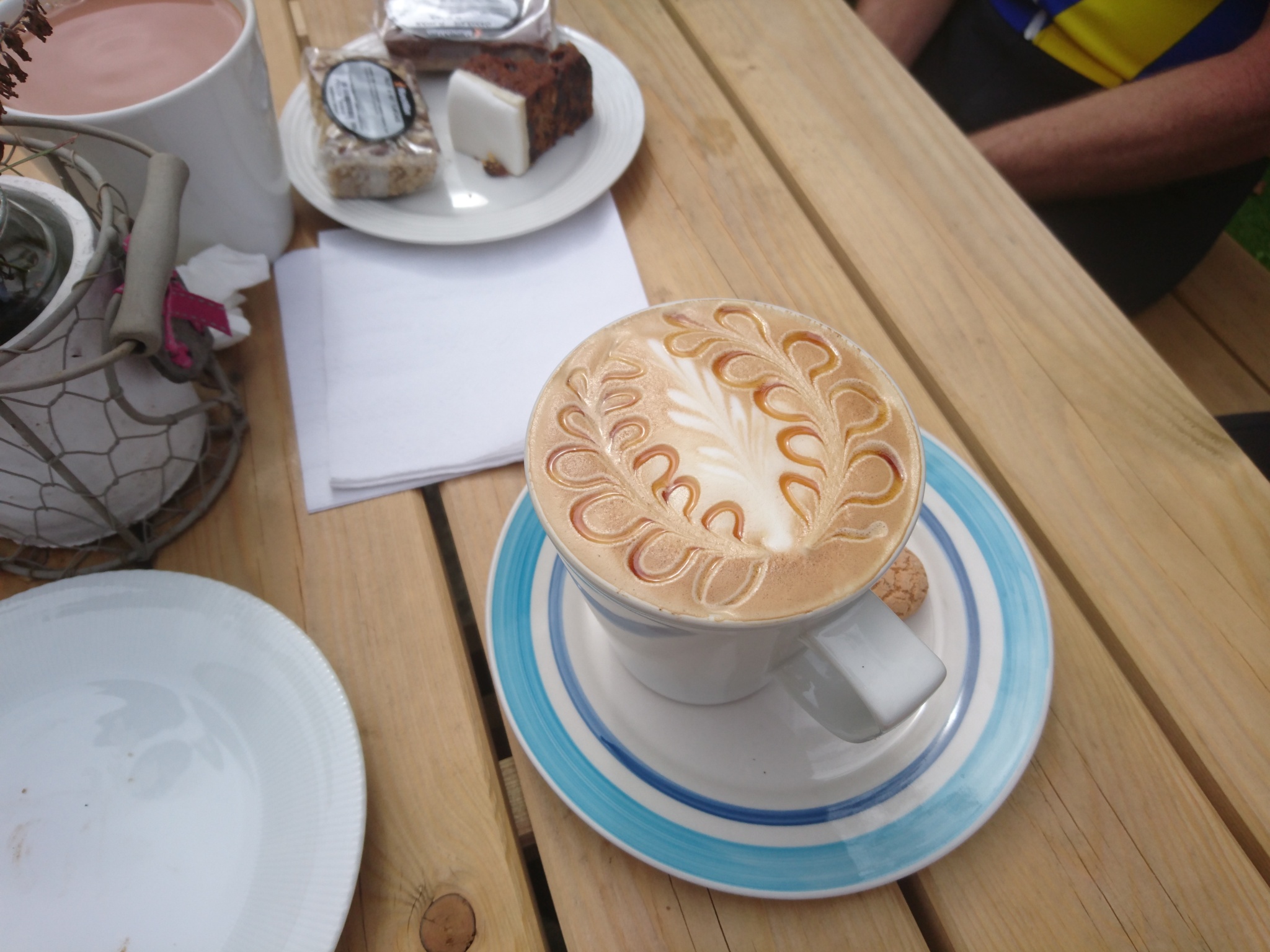 The group were smiling and happy during the feast. 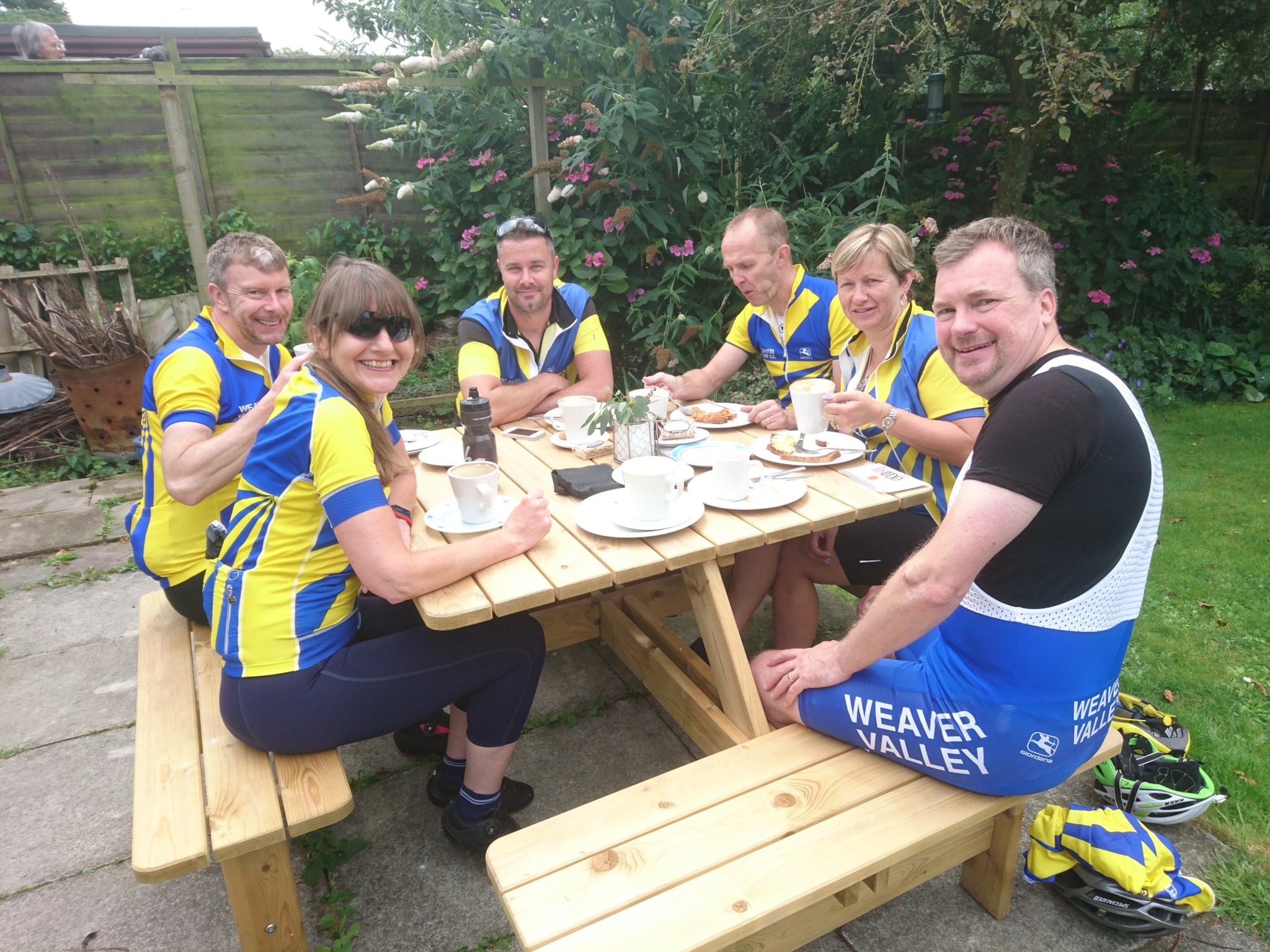 The group, looking forward to the horizontal surface pedalling to come.

As wesat, Ewart turned up, put off slightly by John’s magical mystery tour (undulating and mountainous in equal measure),  to Old Ma’s. We had a space for him to sit, but he insisted that he had bubonic plague, and chose to be annexed from society for the duration of his din-dins. 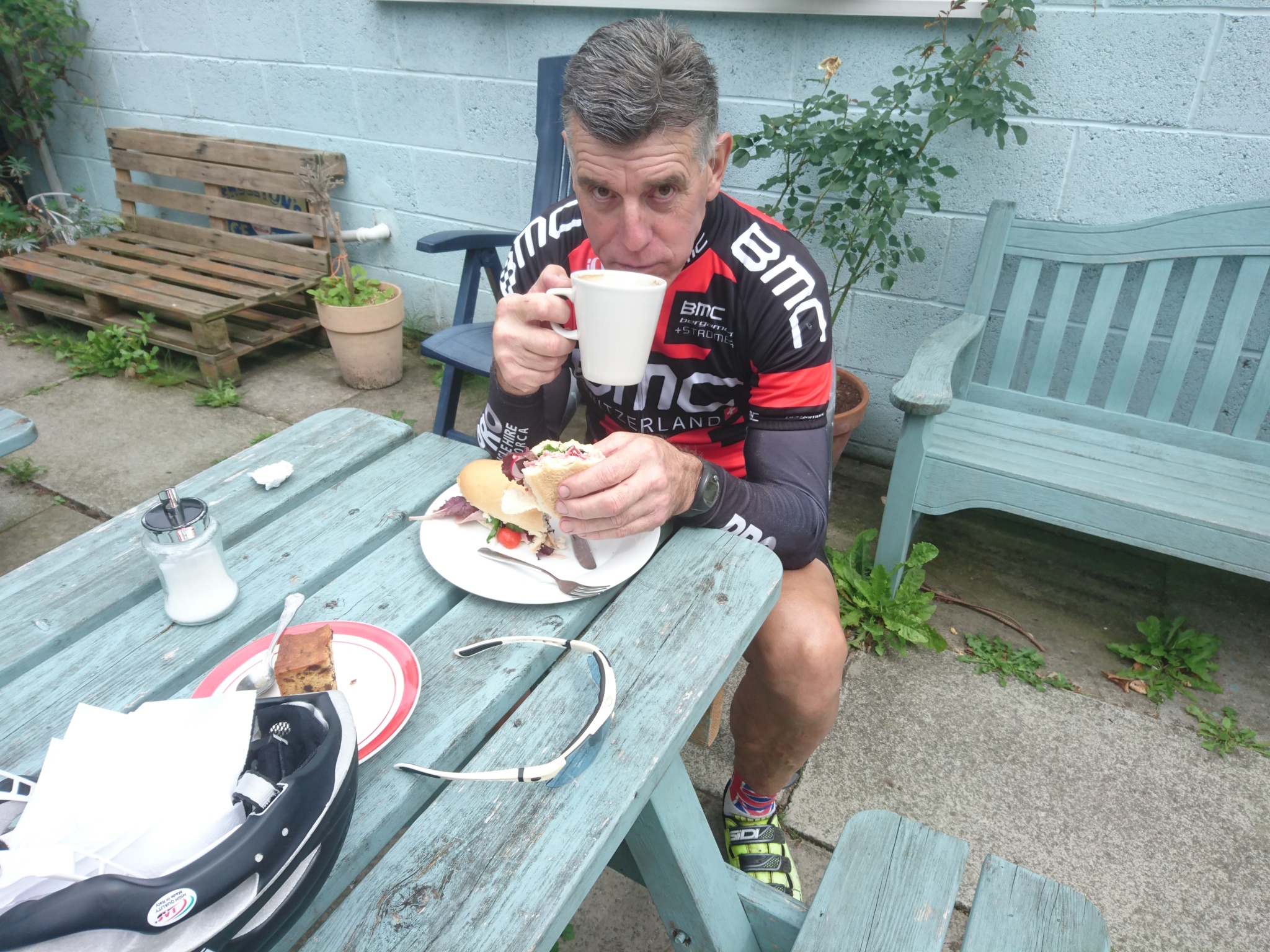 Ewart. Annexed from the group by his contagions.

We thus prepared to leave, and whilst doing so, admired Dave and Caroline’s matching steeds. Same bottles, same bells, same saddlebags. Only the gears differing. 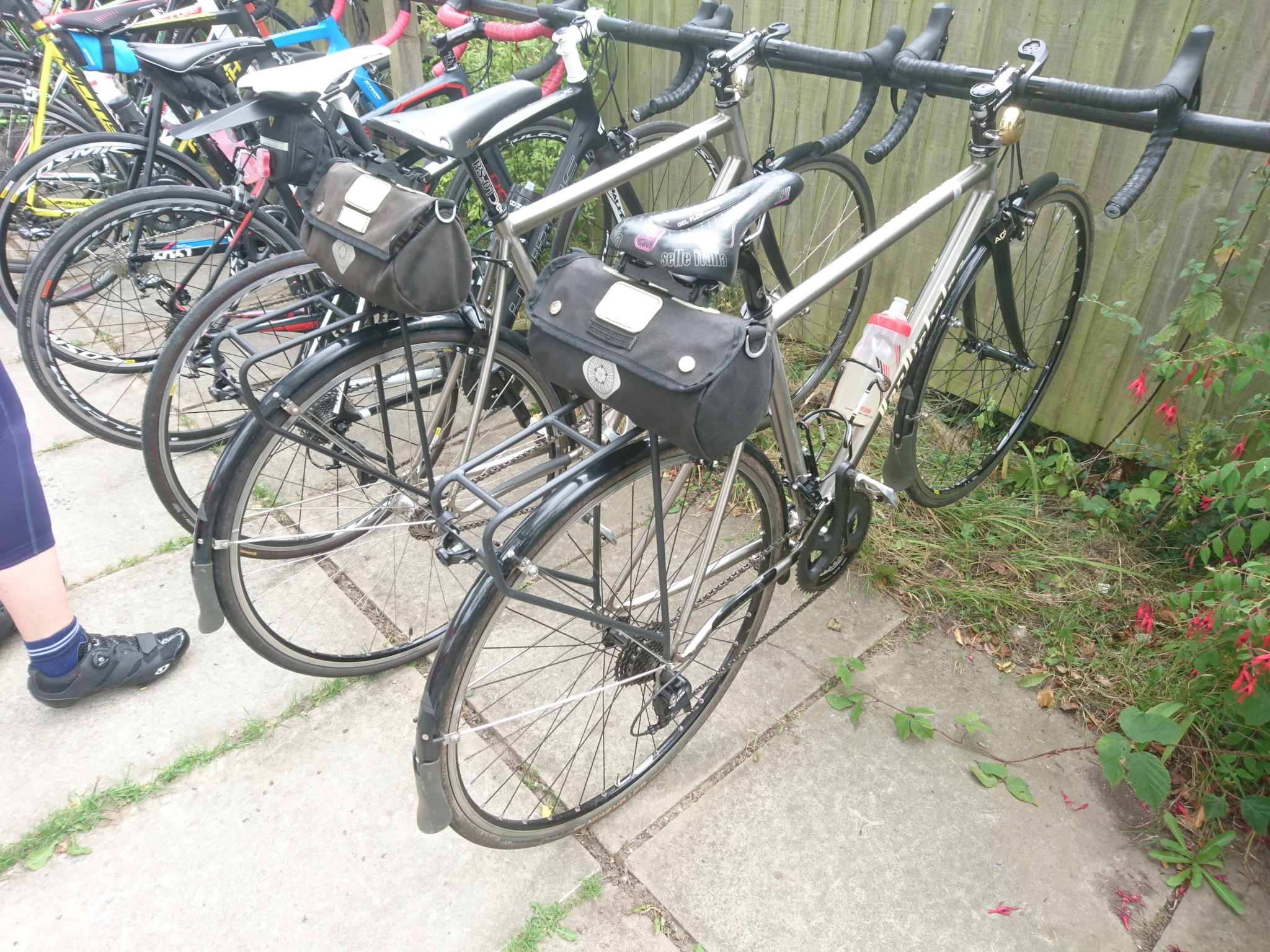 Love is… having matching bikes.

Off we went. Again familiar roads, no hills, at all, all the way through the gated track, by the Zoo, and back towards Mickle Trafford. We then decided that Delamere might be too lumpy, so we levelled things off by cycling along Low Hill (so low it was almost pancake like), and along Manley Lane, even progress along Cob Hall/Sugar Lane, then onto New Pale Road (as a fluke). Through Kingswood, and onto Cook’s Hill (not a hill), we appraoched the laid low Kingsley, where our club run nominator left us for home. The remainder thus proceeded back along through Kinglsey to Acton Bridge, where the final group split for respective homes, dreaming of cycling holidays to the Netherlands.

In actual fact, and according to my Garmin, I do have to apologise, as far from being level and flat for the day, we seem to have actually lost 2 metres somehow, therfore the day wasn’t level, it was actually downhill. Sorry. 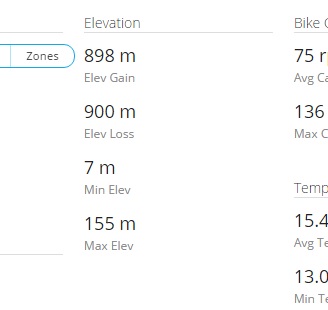