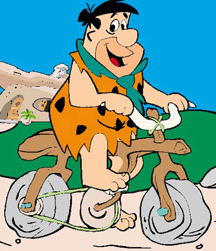 Today was the first outing on the rarely used but fast 25 mile course at Blythe Bridge, along the A50 dual carriageway.  The day didn’t look promising with heavy rain forecast all afternoon which usually means a cancellation of the event for safety reasons.  We had an impressive 11 WVCC entries plus Carl Ruebotham who rides for Team Swift but is of course a 2nd claim member of our club, also rode.

This course usually has a fast tailwind run to the turn and a hard slog back into the wind, but today it was mostly a cross wind so not as hard as usual but generally not as fast either.  Unfortunately the event was abandoned after no 112 started as the heavy rain finally arrived. Jimmy Williams was unlucky to be rider no 114 and Alistair Stanway even later so they didn’t get a ride.  Emily Martin, Chris Gilbertson and Neil Drummond didn’t turn up but everybody else got a ride.  Results were as follows:

The leader when the event was abandoned was Mark Turnbull of Torq Performance who stopped the clock with an impressive 50:18.  If I were him I’d take that as a win!