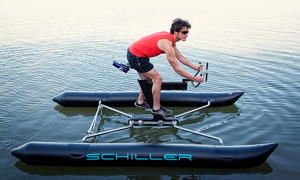 Time triallists talk about “Float days” which come along very rarely but when  they do it just feels fast in all directions.  Today was such a day and those who were lucky enough to ride made the most of it as the J5/8 course at Blythe Bridge is the quickest one in the area and one of the quickest in the country, so that is the place to be on a float day.

WVCC had 5 riders and in 5th place was Jimmy Williams.  His time of 1:00:21 (24.86 mph ave), was a seasons best and I know he hoped to get under the hour today but after the season he has had, sooner or later your body says enough is enough.  To finish the season with a year’s best is a great achievement and next year his focus will be speed not endurance, so watch out everybody else!

Colin Carthy has been steadily improving all year and today he finished off a great season with his first ever sub-hour 25 with a superb 58:44 (25.54 mph ave).  Each season the club awards the Rapha Cup to the rider who posts the best first season 25 and Stu Ward took this today with an incredible 56:28 (26.44 mph ave), knocking a whopping 5 minutes off his previous best recorded earlier this season.

Alistair Stanway has had an up and down season showing great form earlier on but then picking up various bugs mid-season which knocked him back.  However I did promise him a few weeks back that the 12 hour is great for producing late season form and today he finally managed to break through the sub-56 minute barrier, stopping the clock with a rapid 55:18 (27.13 mph ave).  Great ride Al.

The 12 hour clearly helped me today as well as my form had fallen off a cliff in the 2 events just prior to the 12 hour but today I was more like my old self.  I selected a 106″ gear (59 x 15) and it felt spot on all the way round.  On the downhill section down concrete mountain I hit 39 mph and at no time felt like I was revving out and up the mountain at 19 mph the gear didn’t feel too heavy, so really pleased with the ride today. My best ever time on this course is a 54:10 and today I got close with a 54:42 (27.42 mph ave) only just over 1 minute behind my PB.  Great way to finish off the flat season with just the Cat & Fiddle to go then I’m done.

Time Trial Results
It’s not all about the cake.. sometimes it’s about the ice cream too..
Helpers required – WVCC Hill Climb 2016