First things first, what a wonderful club we have, its great to see so may members coming along to help, too many to mention, but without which, these events wouldn’t be possible. Jim Williams also did a fantastic job, even though he couldn’t remember his off on Saturday, he fortunately remembered to order the weather 🌞, and with the  weather, come the crowds, the place was packed. 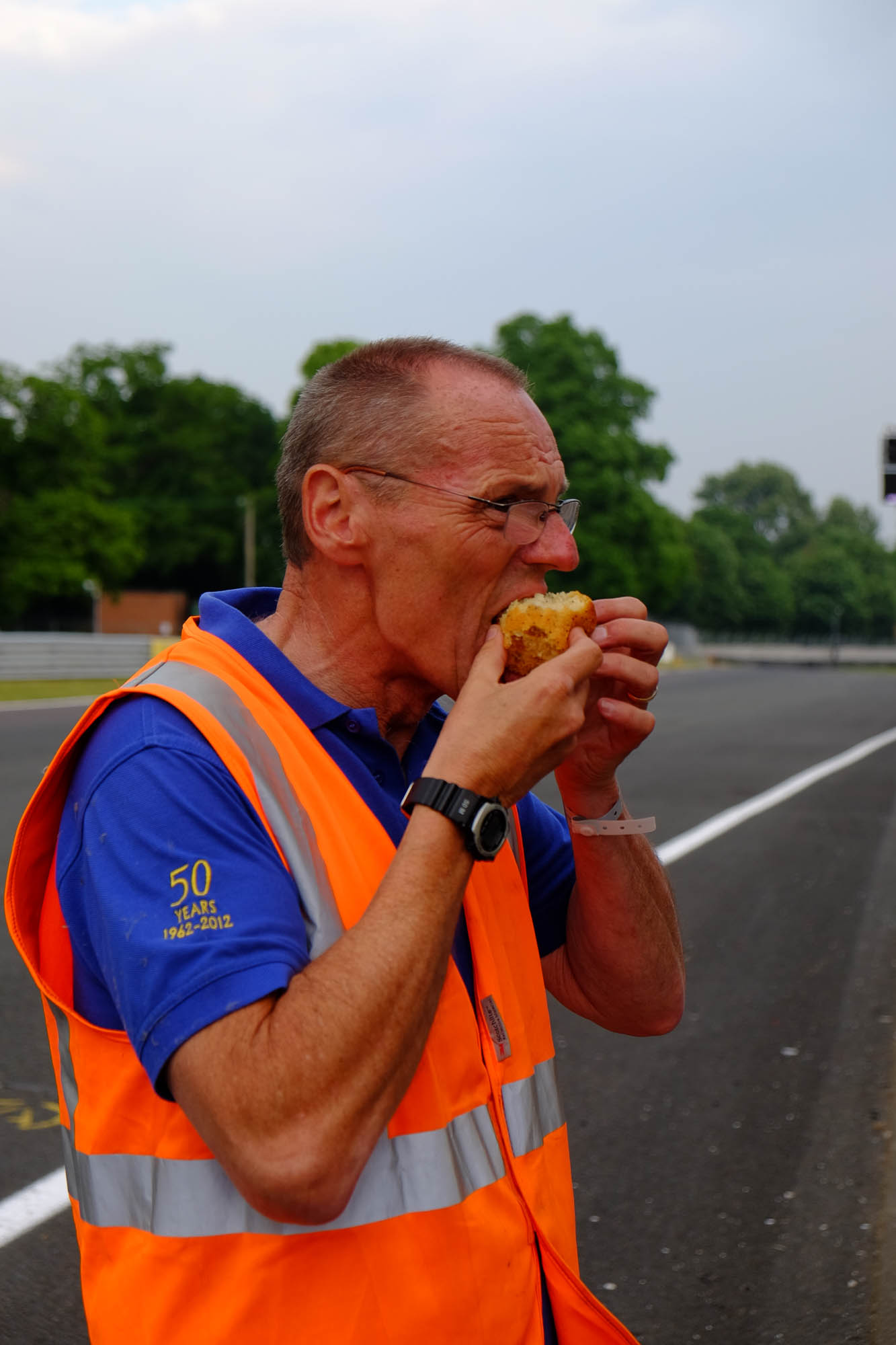 Alan busy fuelling up for the event

This year the event was running Anti – clockwise, on arrival, the flags were flapping furiously, I hadn’t noticed how windy it was until I got there. The change of direction meant a long draggy sprint into the headwind so was going to be very challenging for everyone!

The evening started the taster race, this was well represented as usual with around 25 – 30 riders taking part, I  marshaled along  with Jules, Kev C & Phil B. The sole WVCC representative was Andy Wooley, After the first 2 laps, the lads were left to race for the final 3 laps, it stayed well together with the head wind up from island bends, scuppering anyone ones thoughts of getting away. There was a bunch sprint won by A Hibbert. Andy did really well, he struggled to hold the wheels on the last kick up The Avenue, next week Andy! 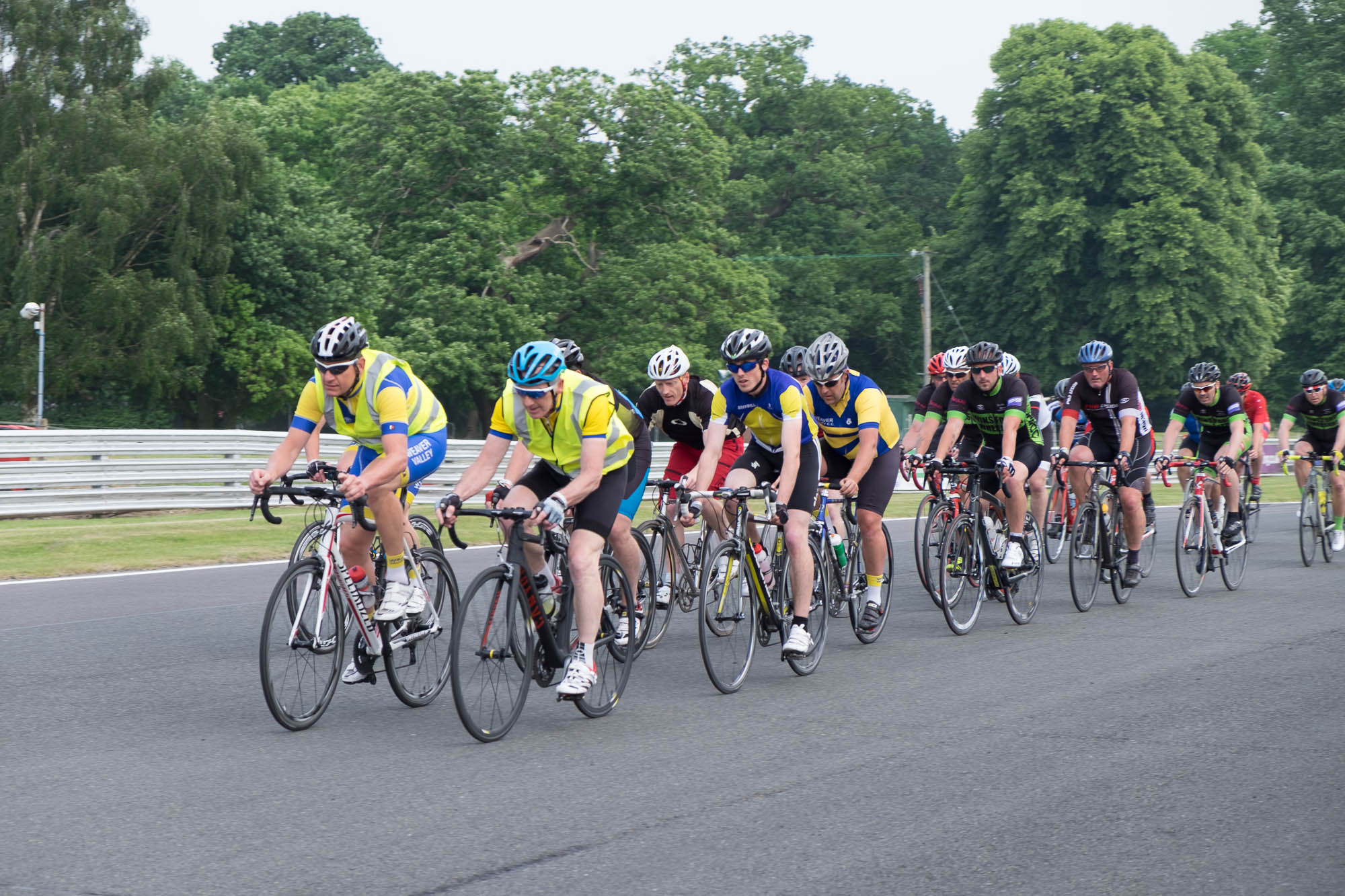 The over 50’s race was up next, split into 2 races with Kev U, Nick B, Mark Adshead and Stuart Ward making his race debut in one race with  Alan “retired” Kemp &  Ged Lacey in the other. Alan Kemp did well to take 4th, imagine how is he wasn’t retired! 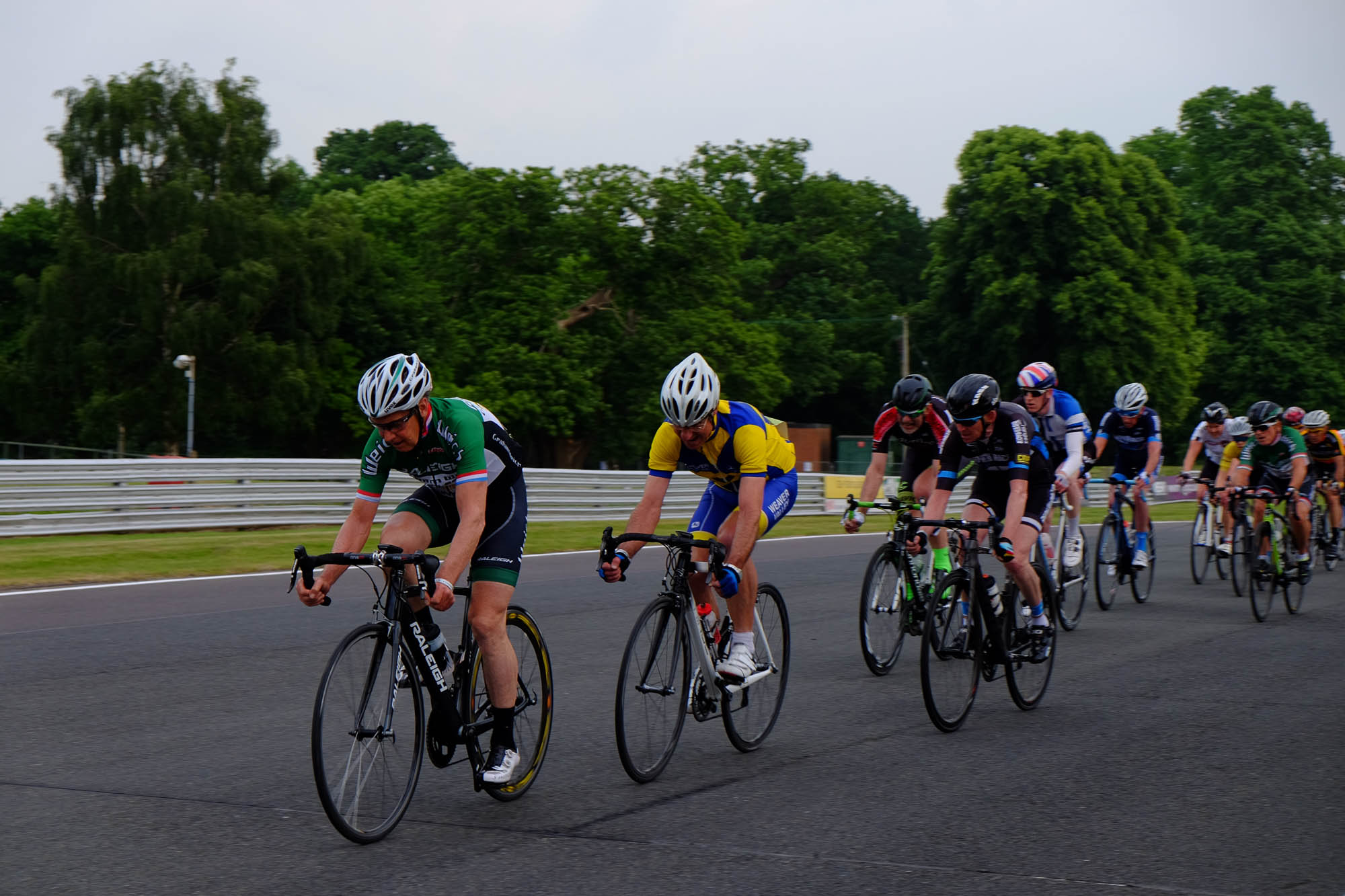 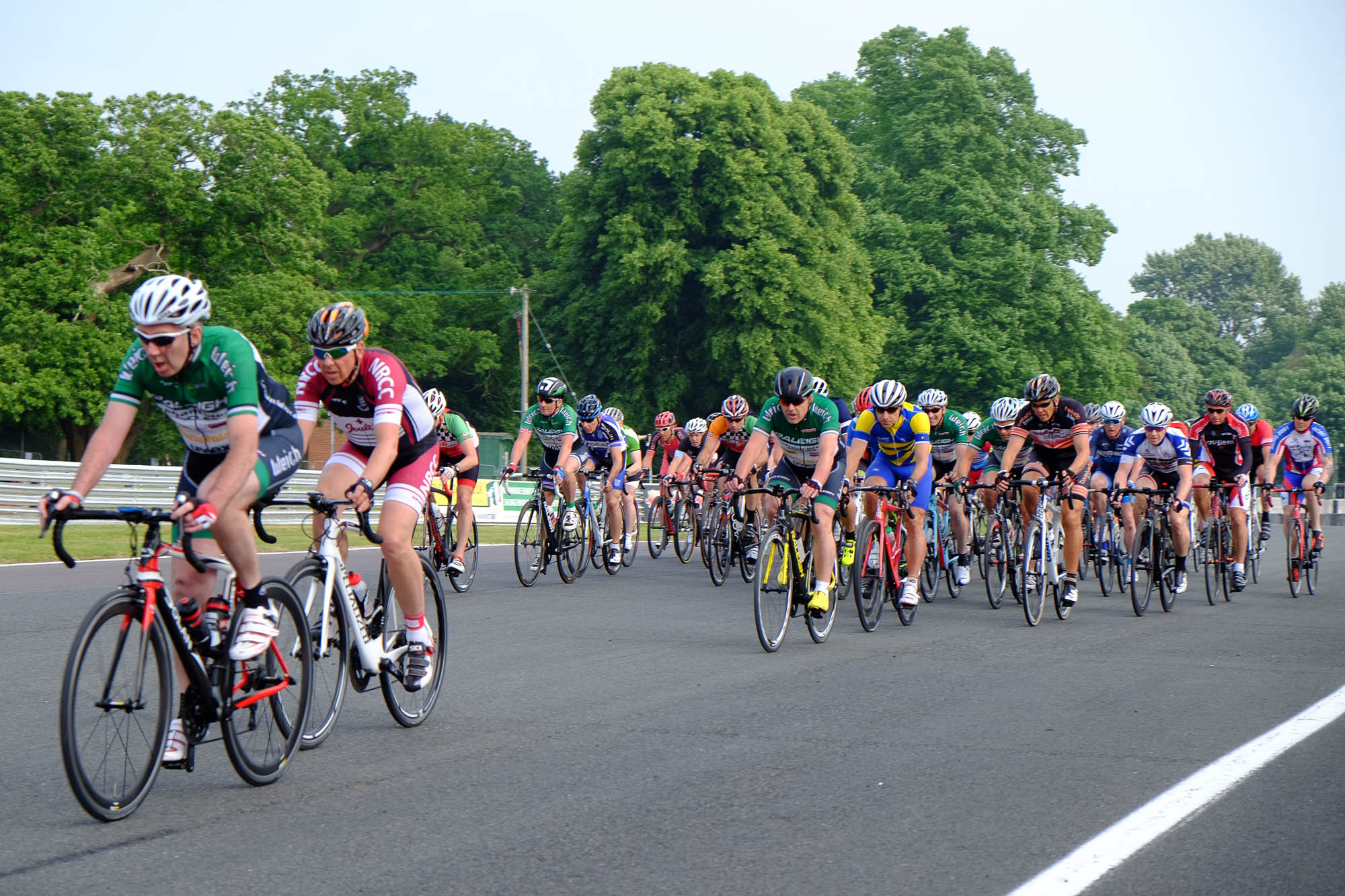 Then came the under 50’s, again split in 2, Iain Young representing WVCC in the first race (under 40’s) and Jim Duffy, Lee Suthard (in his first road race for 2o years) and a welcome back to WVCC to Matt Ellis who is now back from France permanently, you just need a jersey now Matt. Lee made numerous attempts to get away, unfortunately, as he didn’t know anyone, so he was picking the wrong breaks, I advised him not to keep chasing every break, I pointed out the key players when he was brought back for about the 3rd time. A break did manage to get away about half way, they had a slender lead of about 15-20 seconds and seemed to be in reach everytime the peloton worked together, but there was no consistency, until the last couple of laps, I could see they were in reach, I made of couple of big turns to to try and spur everyone on. 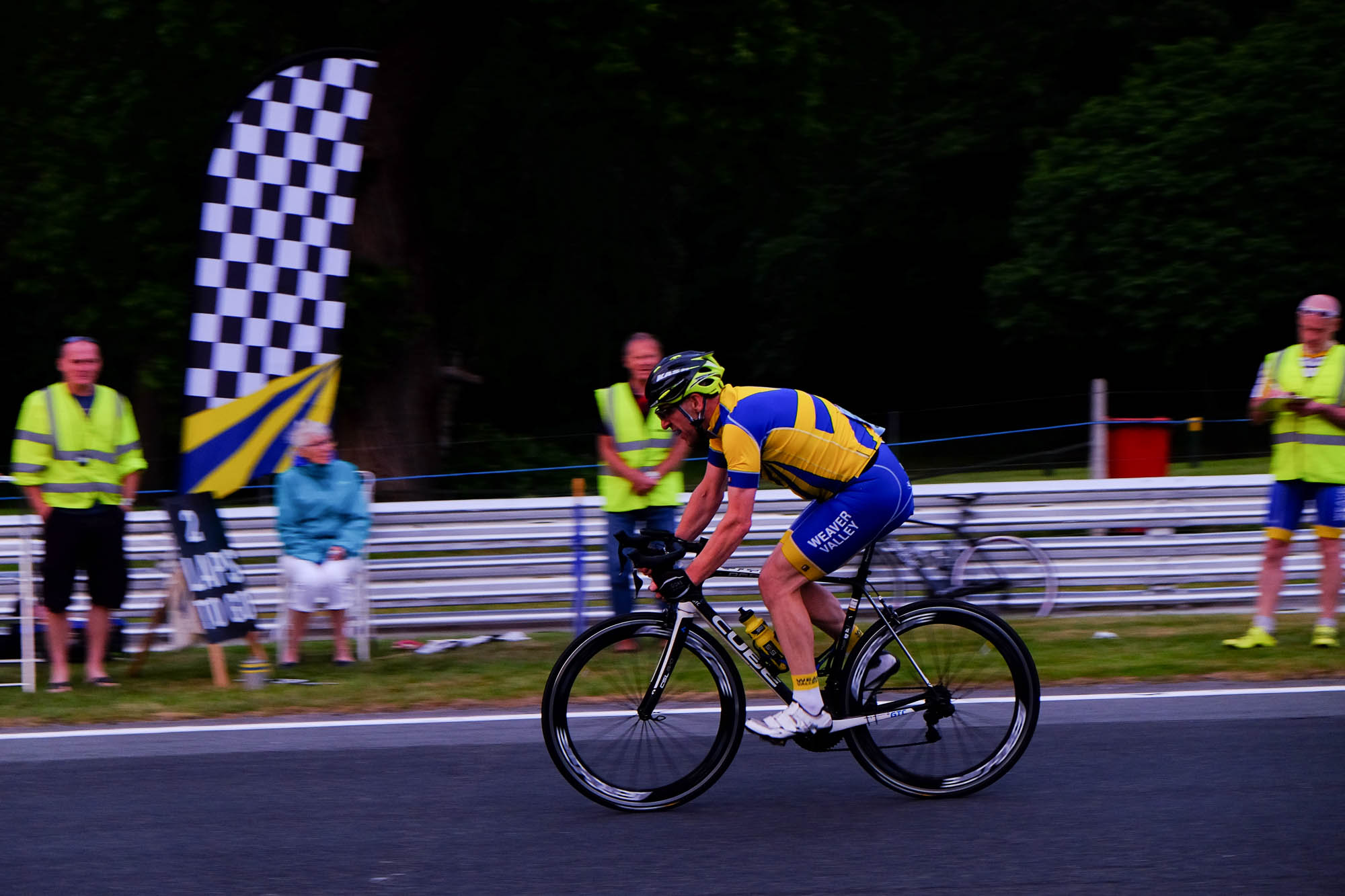 Then on the last lap we raced down the super fast Clay Hill, knickerbrook and Hill Top and caught them entering Shell Oils Corner. Game on, the whole group went into the headwind up lakeside, someone had managed to slip off the front, then Lee Suthard unleashed his power just before the cascade corner and was soon out front, I thought to myself he has nailed it, he had a clear lead. 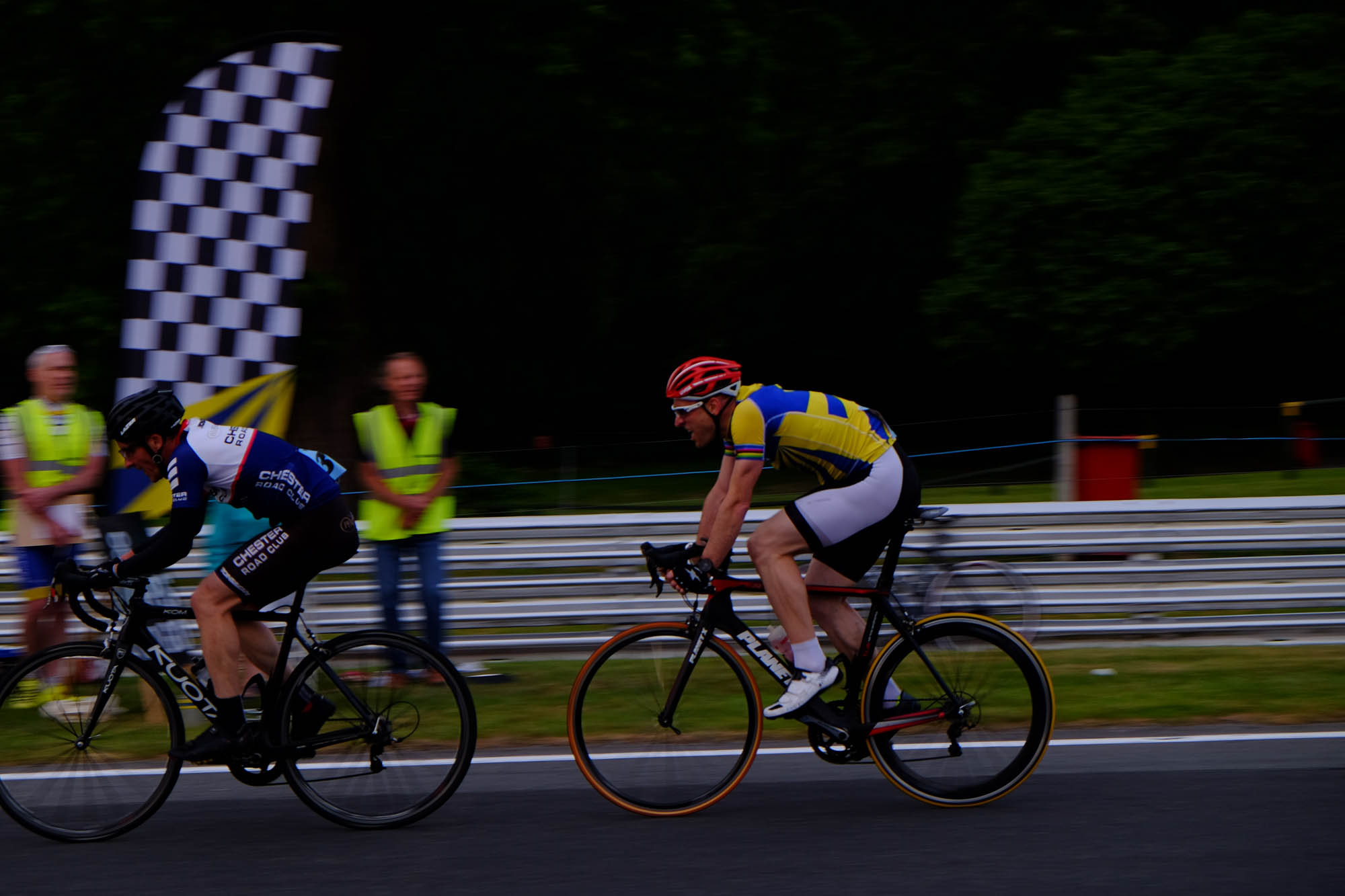 But the chase was on, up the avenue, I found it hard to pick my way through everyone to get to the front, round the last corner, I could see Lee approaching the line, but he ws dying a thousand  deaths, he had spectacularly blown and was going backwards, I passed him still trying to pick my way through everyone and I finished about 12/13th with Matt just in front of me. Great effort Lee and unlucky, maybe it could have been a different storey if you hadn’t done as much work early on. 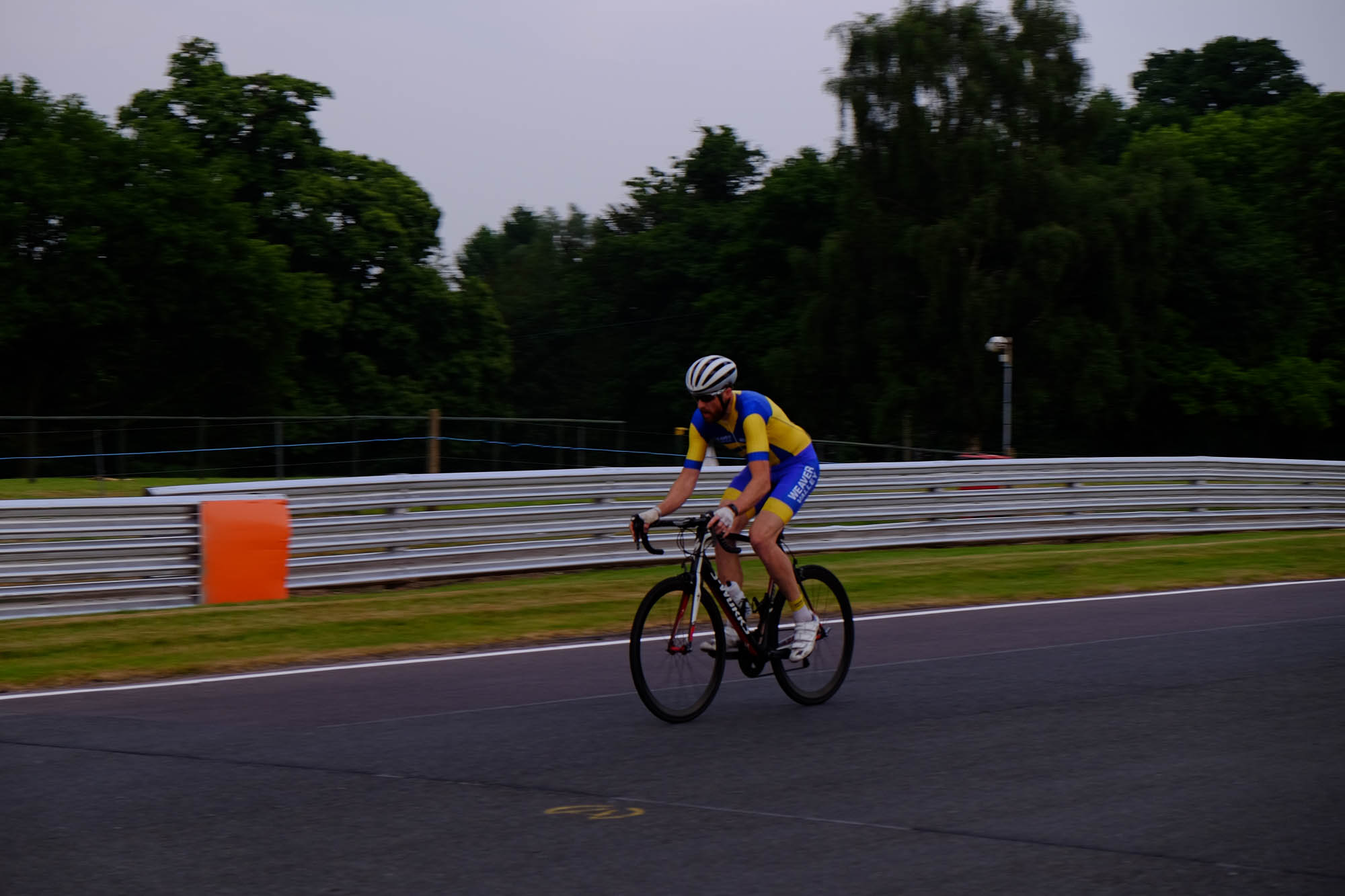