Mow Cop, the not club run

The weather was too nice, so it had to be a day off. A shout out on Faceache, and a few others joined the fray. Em, who also booked the day off work, and Jim and Syd, official wrinklies, who booked a day off being retired and joined me for a bit of a reconnaissance ride to see how well a rip to Mow Cop would work for a short club run.

We set off from the club gates and it was already warm, with the sun shining and only a light breeze, largely behind us (as we decided later on as we headed into it on the way home).

It was to be an easy (ish) day pedalling through the Cheshire lanes to the Staffordshire border (for the little village is bang on the border of Cheshire and Staffordshire), to get to the main event of the day. Having been pedalling around for a good number of years, both me and Jimmy had been up Mow Cop many times, so knew what was coming. Em and Syd hadn’t however, so were in for the pleasant surprise and challenge that the climb affords.

We waited patiently at the level crossing, and then set off shortly after the barriers rose, to begin the fun. Jim and Em were off first, and sensibly, I engaged the granny gear fairly quickly (39-29), to pedal smoothly up the lower slopes. Never easy, but a steady cadence is the key (for me anyway). Em had other ideas and was off at  a good pace, which, as I could see here ahead, bit back at the junction near the pub (at first I thought she’d turned off by mistake and shouted ahead, but not so), and she peeled off left into Wood Street for a brief recovery, as I hit the junction and then zig-zagged up the 25% ramp at the usual snails pace.

If you want to watch the whole agonising 11 minutes of it, then there is a link below!

At the top and left into high street, I then reached the plaque and waited for the others to join me. 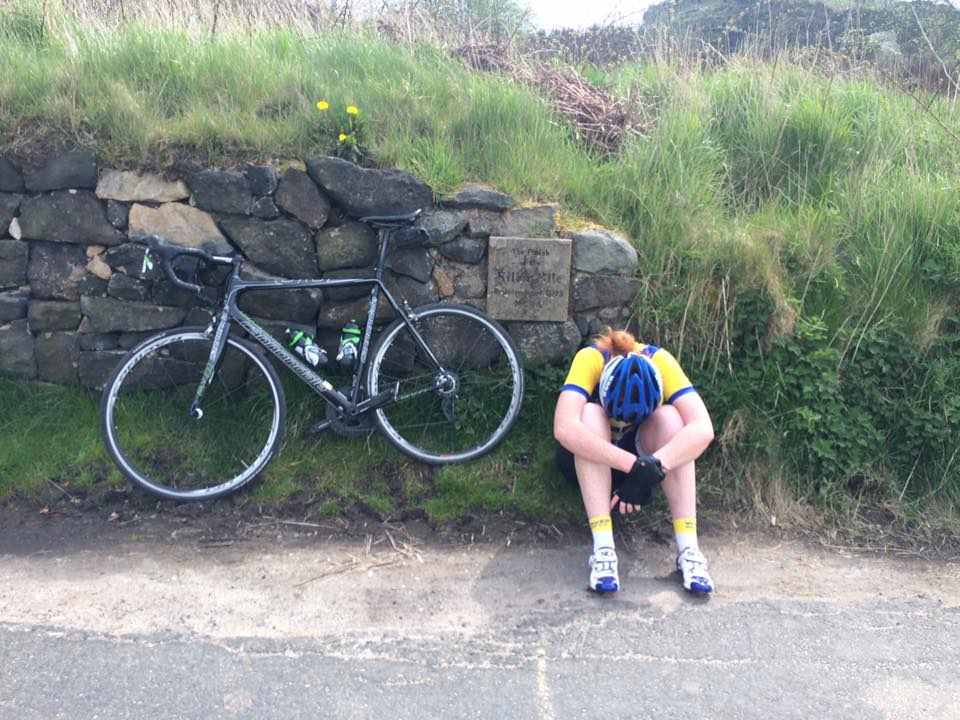 Em dies a death at the plaque… 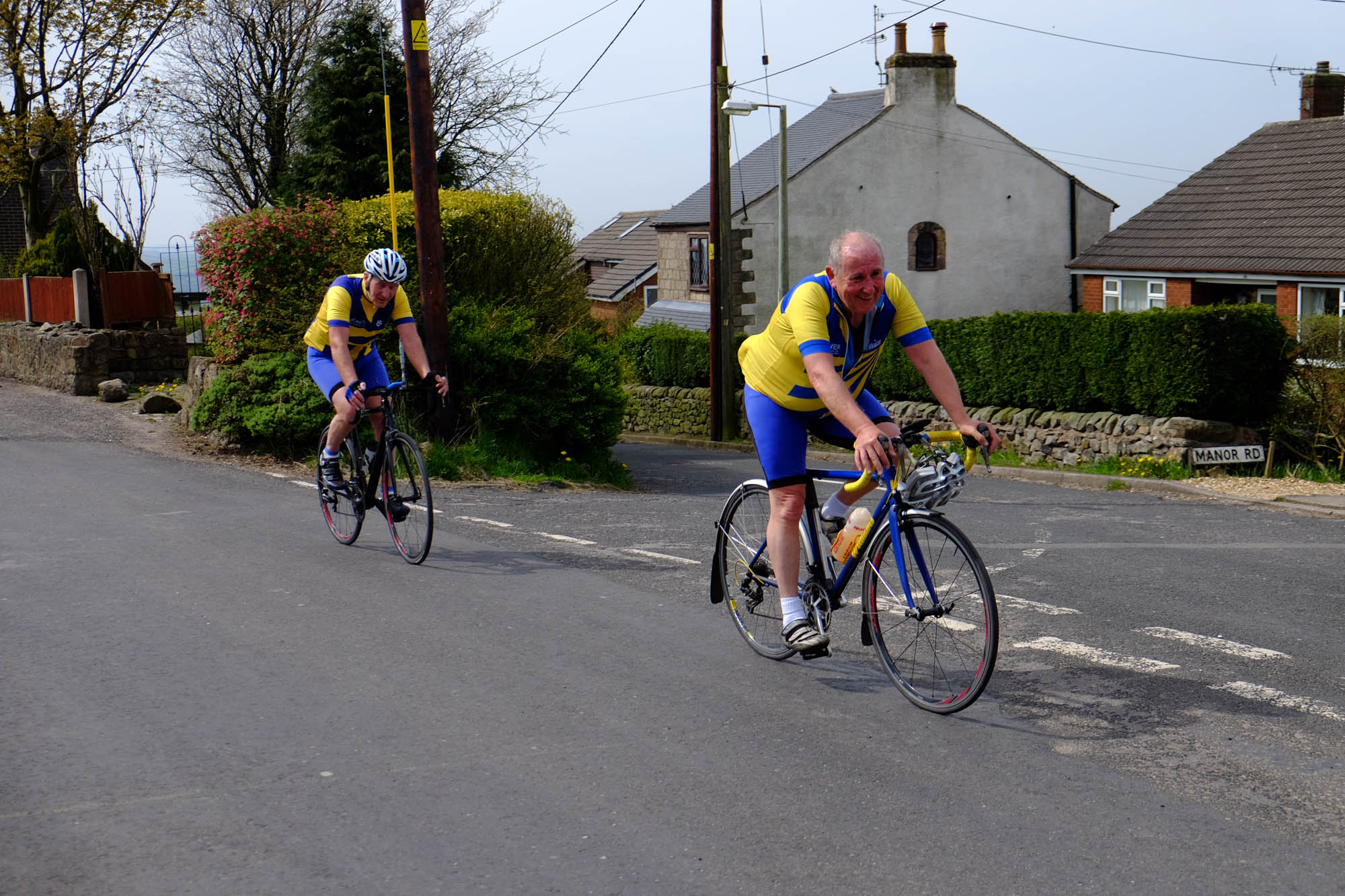 Jim removes helmet to perspire freely at the end of the mile.. 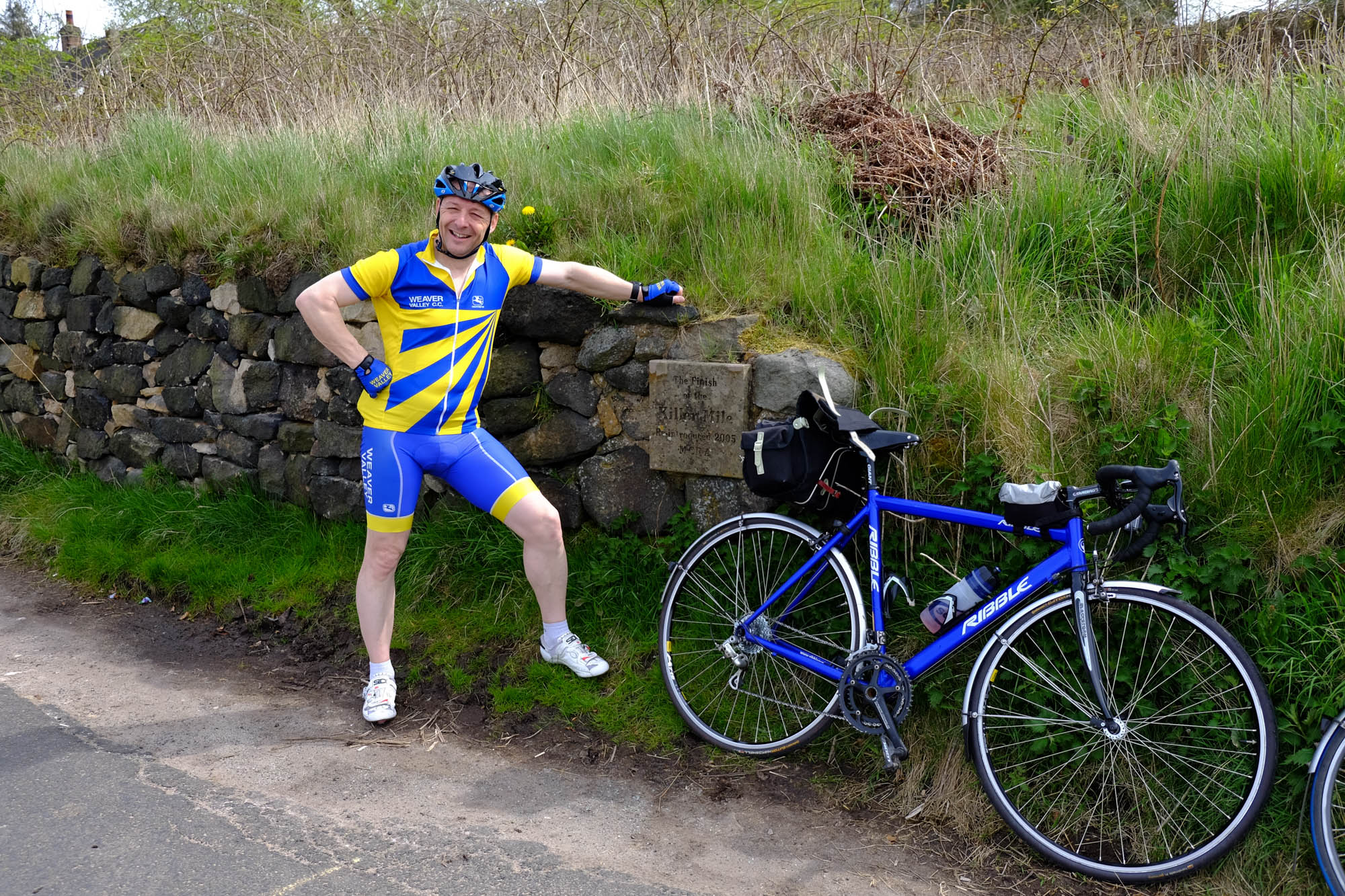 ..and I pose like a bit of a smart-arse with my lilly white legs. Well, I was the only one who made it up without a foot down or a diversion… 🙂

After a quick photo stop and some panting to recover, we hurtled downhill and weaved through the lanes to get to Radway Green Garden Centre, where beans on toast etc was consumed in the sun, and Syd got to show off his new tattoo (very uncool). 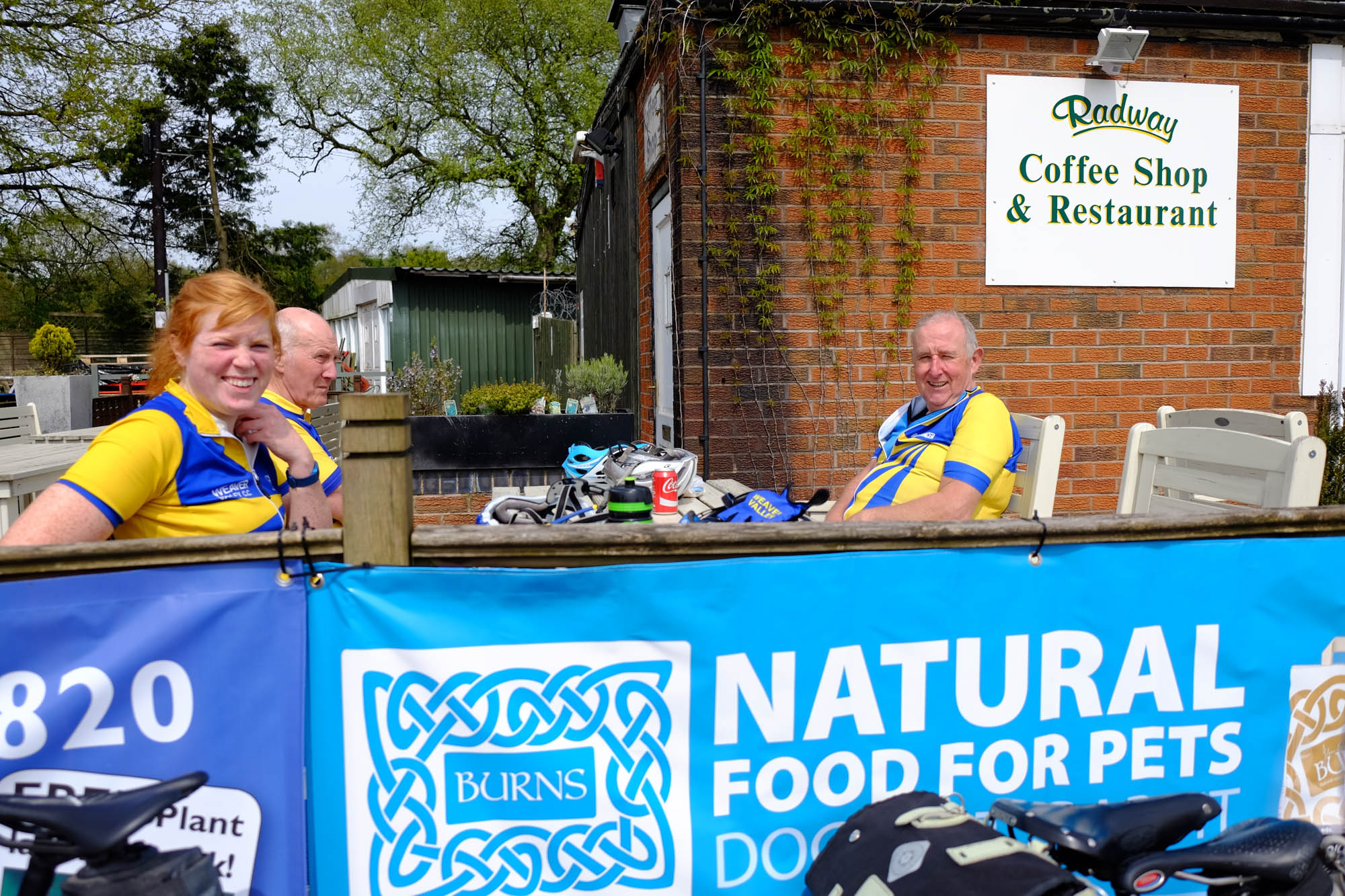 This is us not waiting long for our beans on toast in the afternoon sun. 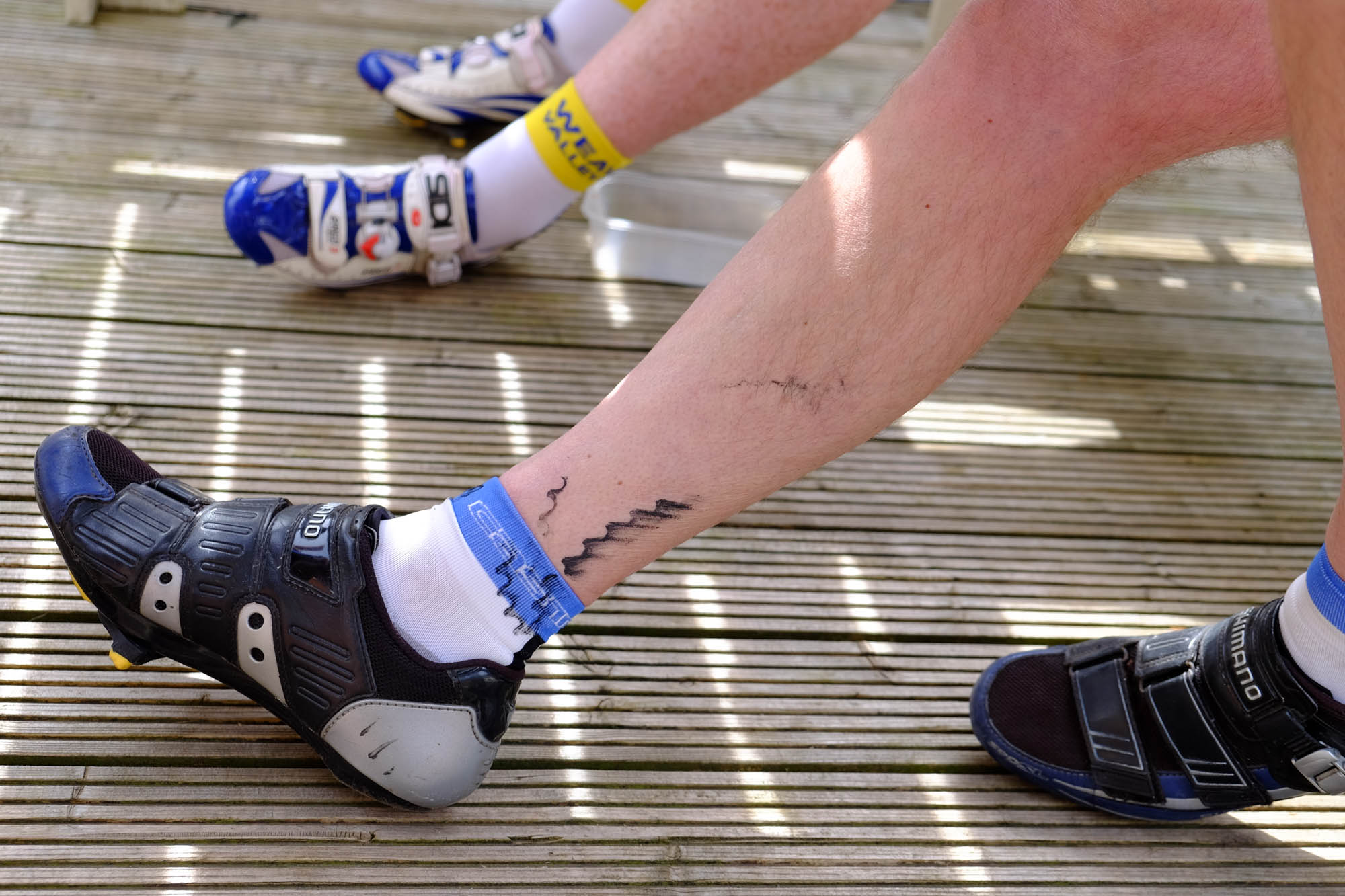 Then, as I was in the mood to find some roads that I hadn’t ridden before, I opted to turn into a part of Route 70, which looked, on paper, and from satellite, like a rideable road/track – which it is, as long as you are used to riding off-road! Mental note probably not the best for a club run. 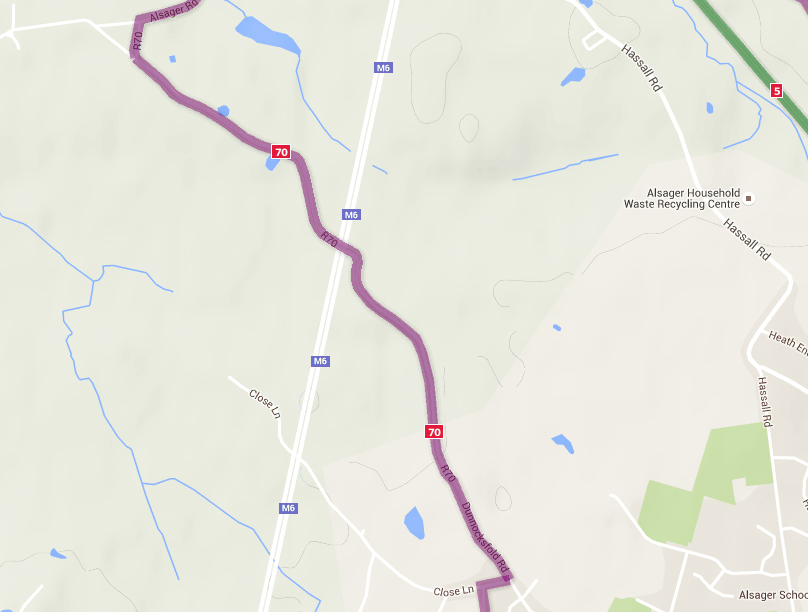 Well, it is marked on Sustrans as part of R70. 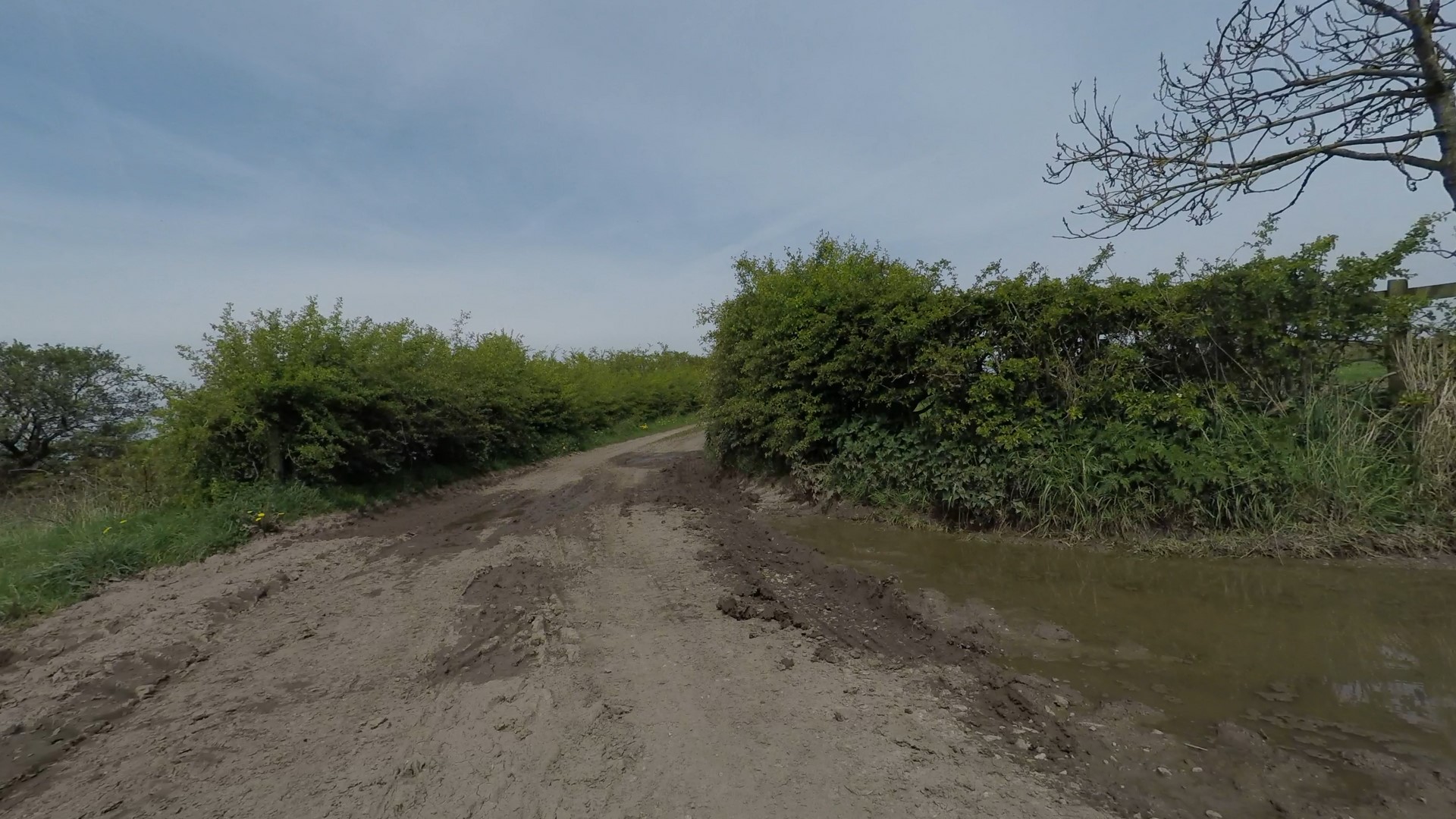 But it is probably a bit of an aquired taste on your carbon road bike.

After this, we took a more direct route out to the A50, then pointed ourselves towards Holmes Chapel. Emily took this to mean that, as it was a fast road, then we were to ride just that. Rattling along, through-and-off, knocking on the door of the upper 20 mphs, we raced through Arclide, Brereton, and hit Holmes Chapel. Enough of that malarkey, we then carried on up the A50 the Cranage, then turned for Byley, where Syd and Jim turned off for home, and me and Em cracked on to Hartford. That was it for the day, an excellent day off work for two, and a great mini-weekday club run for four. 🙂