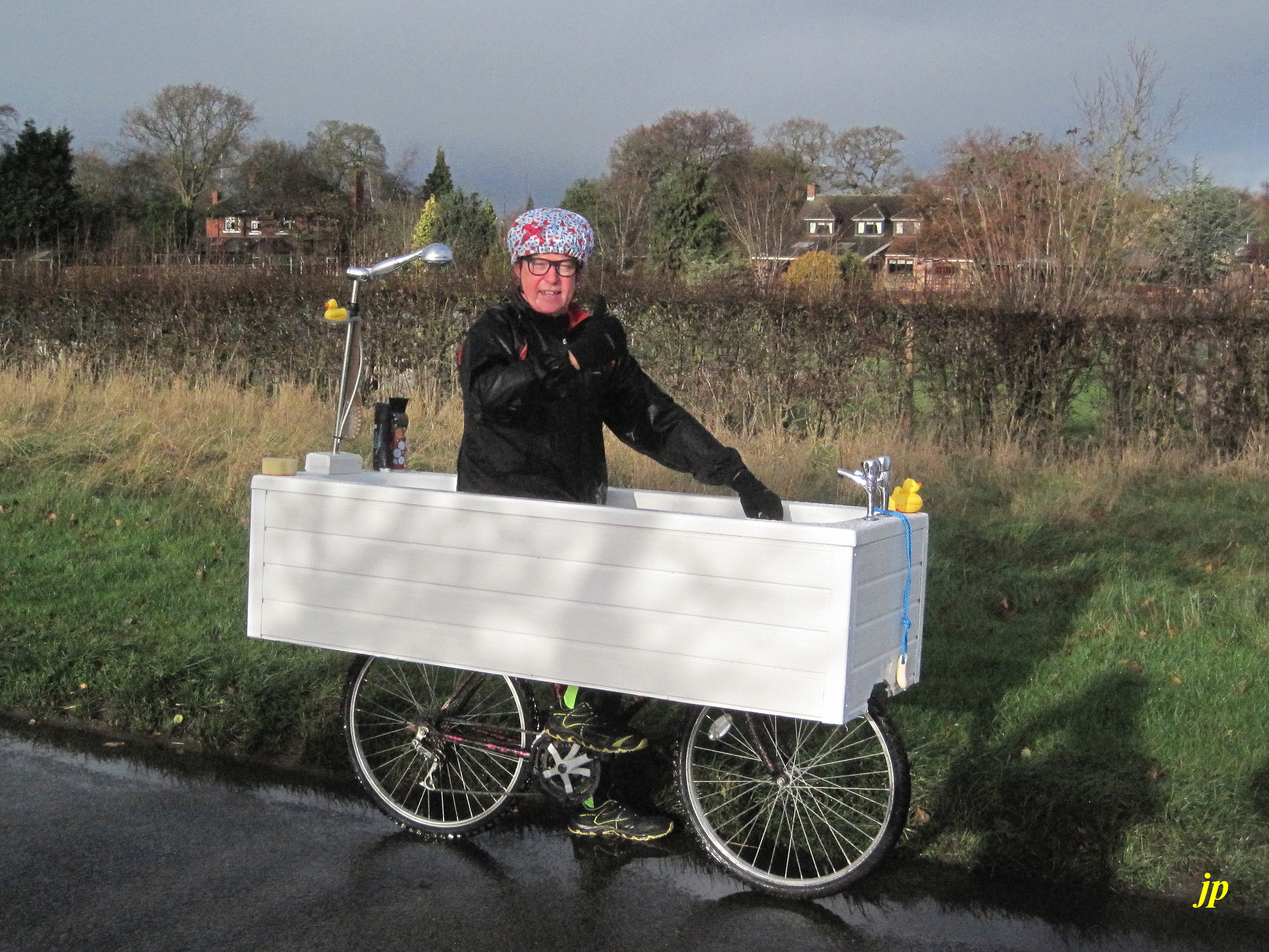 Firstly a big big thanks to the people who helped out at today’s event as the HQ at Goostrey was packed as always and the hard work of those involved helped to create a great atmosphere at this closer to the local Time Trial Year. Caroline, Jo Japp and our Jack’s girlfriend Nicole, together with other Manchester Ladies baked, brewed, made hundreds of sandwiches and served hundreds of people and everybody went away well fed and watered. Ady Japp also performed his usual computer wizardry with the result board and made my life as organiser significantly easier. This event is always a challenge as the M&DTTA present the prizes on the day so we are under time pressure to work out the results so I can do the presentation. Jimmy Williams briefly came out of retirement to time keep the event. Rumour has it that this was the first time he has looked at a clock since hanging up his work clogs. He has lost the concept of hours let alone seconds so it must have taken a big effort to calculate all those times to the nearest second over nearly 2 hours of racing! Thanks Jim and you can take the rest of the Winter off.

The event went very well as the early freezing cold wind assisted, horizontal rain cleared soon after the early starters were on their way. I had 114 entries which is excellent for December. The fancy dress riders made a massive creative effort as usual despite the relative lack of physical effort in the race itself in most cases. However the winner of the best costume, Jonny Decamps came as a “Flying bath” and rode his bike inside what appeared to be a full size bath complete with taps, a shower and even a rubber duck.

Fortunately for him the rain stopped before he started or else he would have been several pounds heavier by the finish.

Our own ace trikies Alan Shuttleworth and Dennis Hornby won the tandem trike prize with an excellent 28:57. The only other Weaver valley CC rider was our Jack who made the trip from Derby to ride his first 10 of the year. His 27:16 on 92″ fixed was pretty fast considering he hasn’t ridden a bike for months and the course was largely the same as our club 10 course so not exactly a drag strip, unless of course you count the riders who rode in drag.

Local fast man Rob Hayes of Manchester Wheelers won the overall prize with a stupidly fast 22:26 on a very cold, windy, December day. Second with 22:43 was Andrew Leigh of Belgium road team Terra System Shoes. Andy is an Espoir road man from Urmston but based in Belgium during the season and his dad told me a few weeks ago that he hates testing but has to improve at this discipline for stage races on the continent. His mum and dad are old friends of mine as they own Eddie McGrath cycles in Urmston which is my old home town and his mum Carol organises the Revolution series for BC. I remember him as a young lad and it’s great to see him develop as a cyclist and I don’t think he needs to polish his TT skills too much based on this out of season performance!

Thanks again to all entrants and helpers for making such a memorable day and looking forward to next year.

Some images from the event are below. 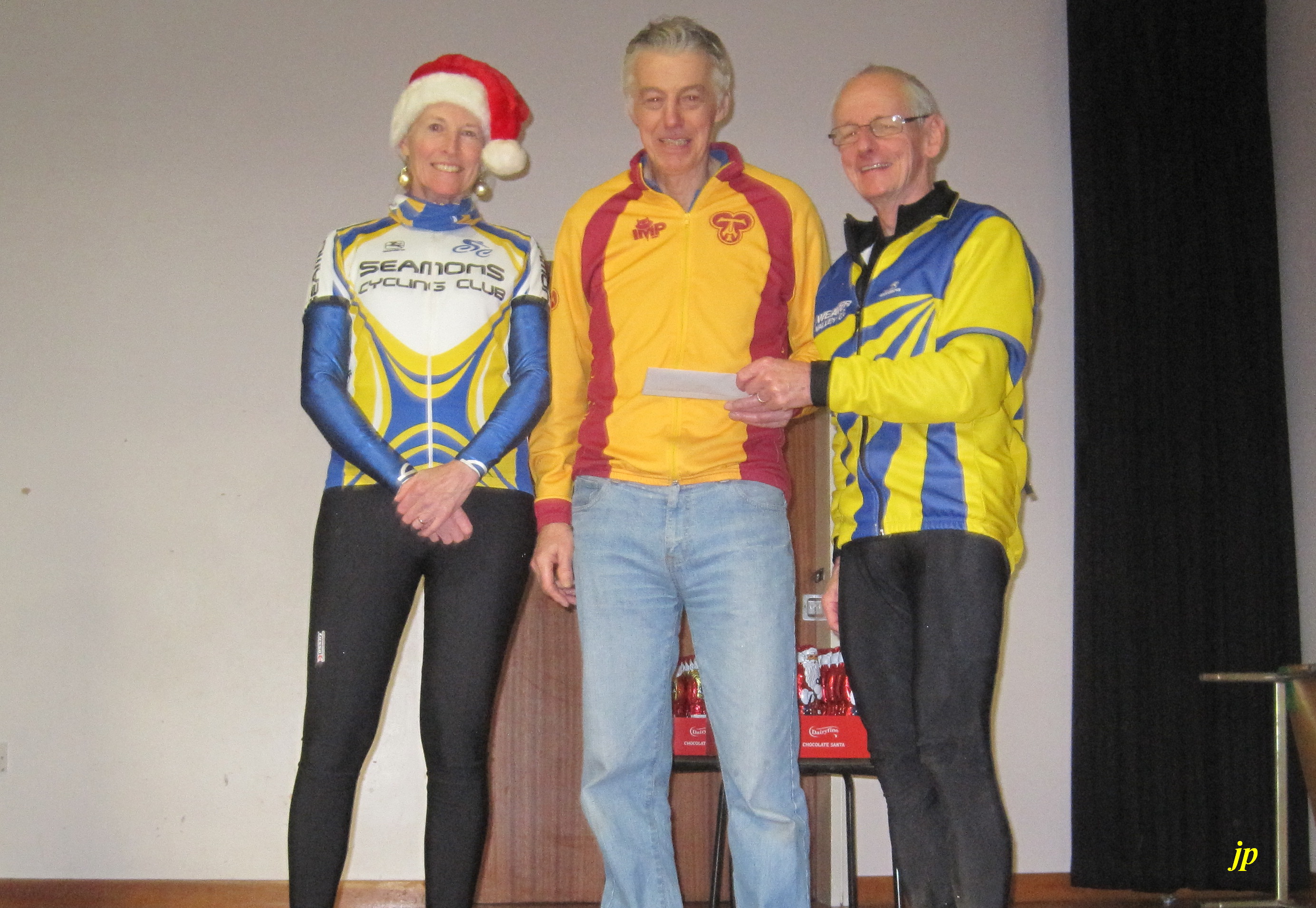 Dennis and Alan claim their prize. 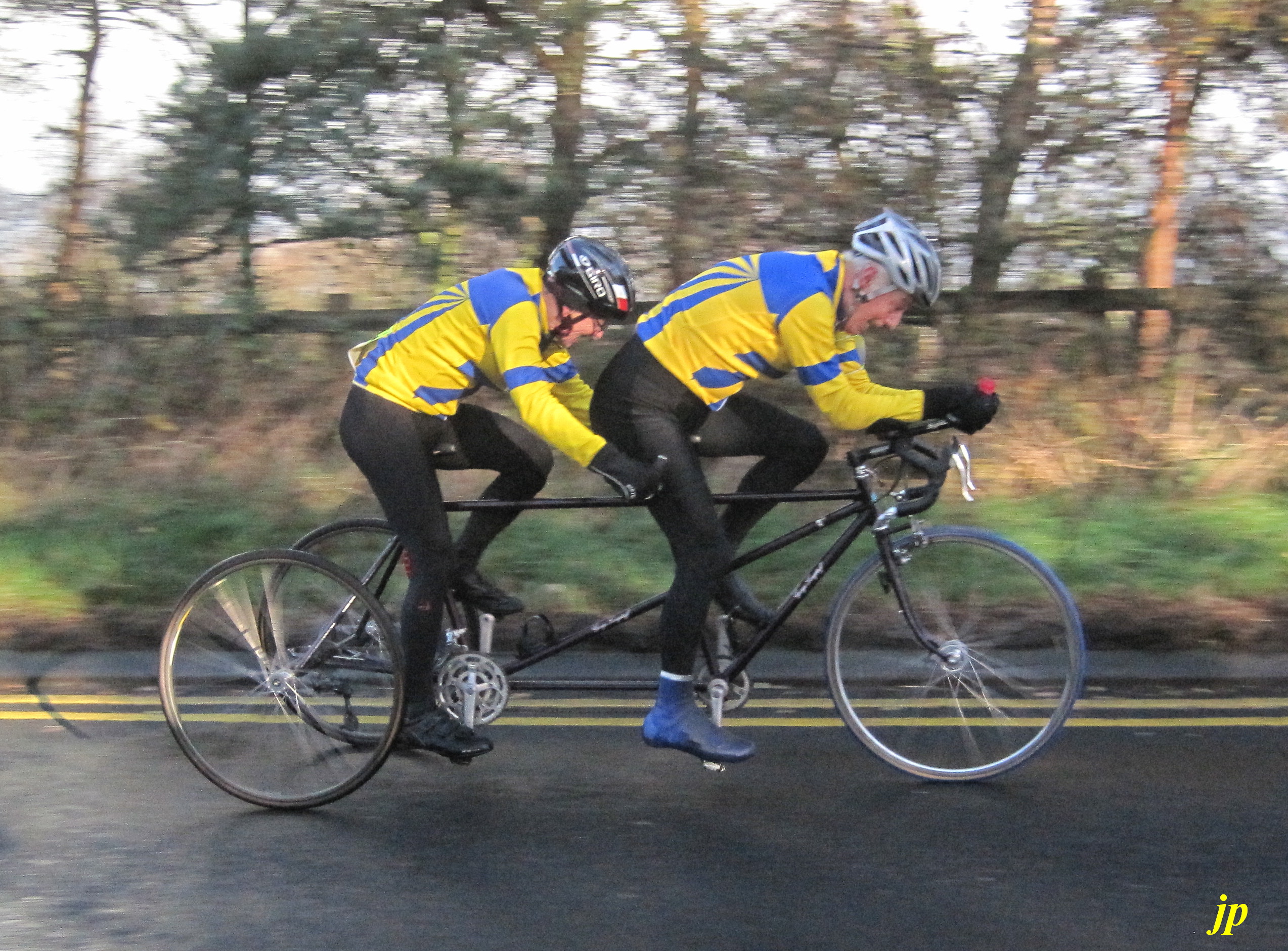 Dennis and Alan… in the zone… 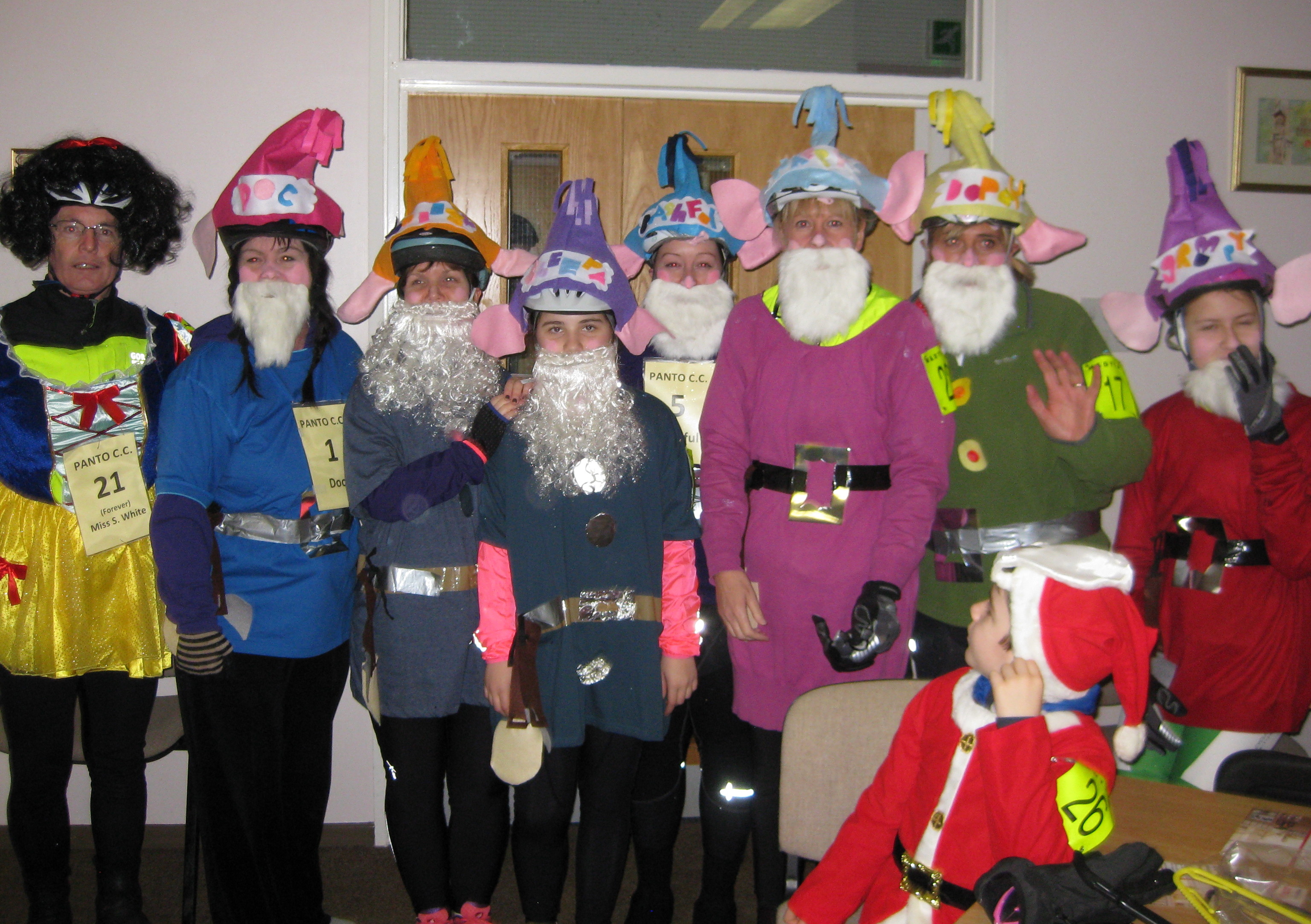 Snow Whsite and the 7 not so white dwarves.. allegedly.. 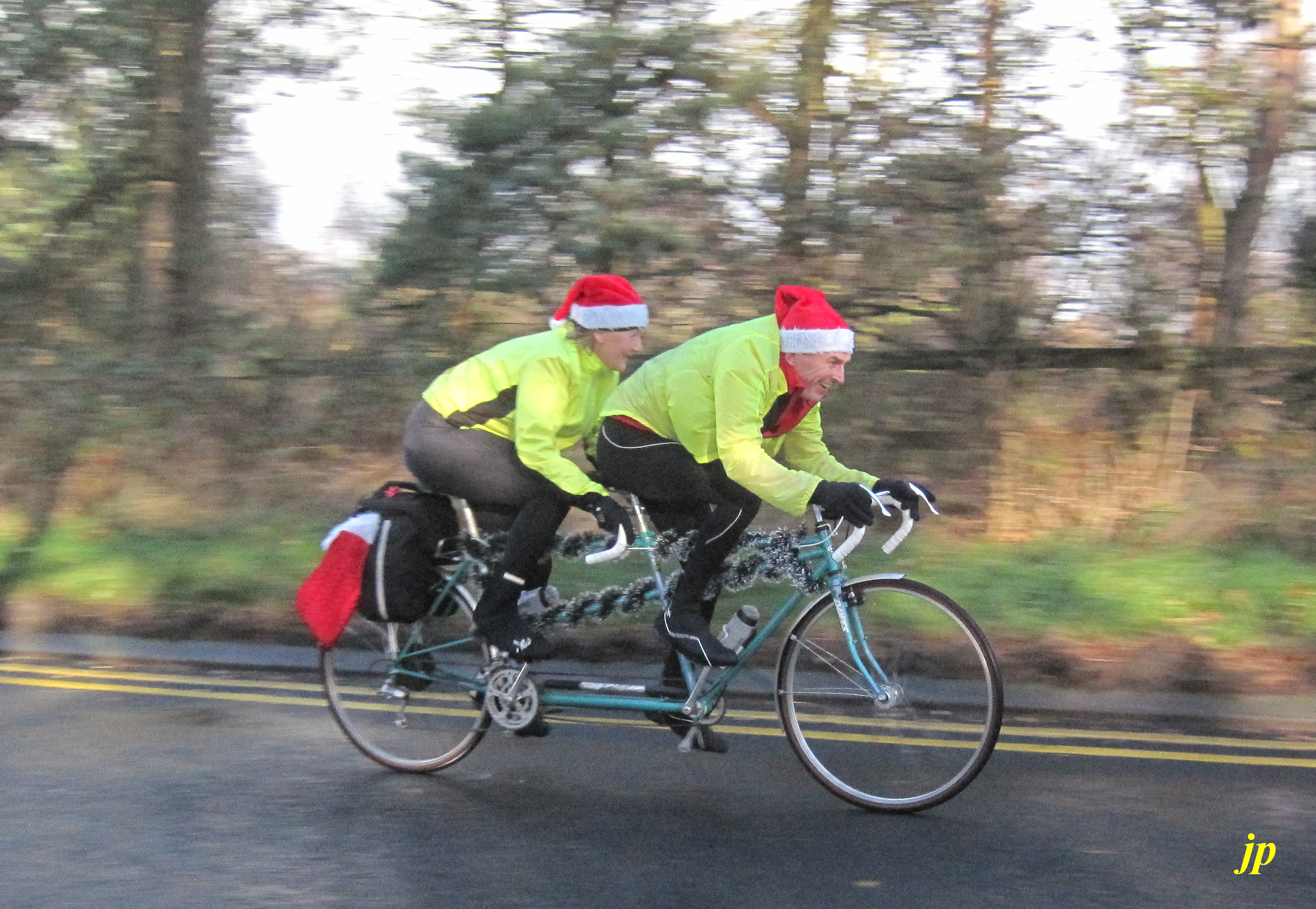 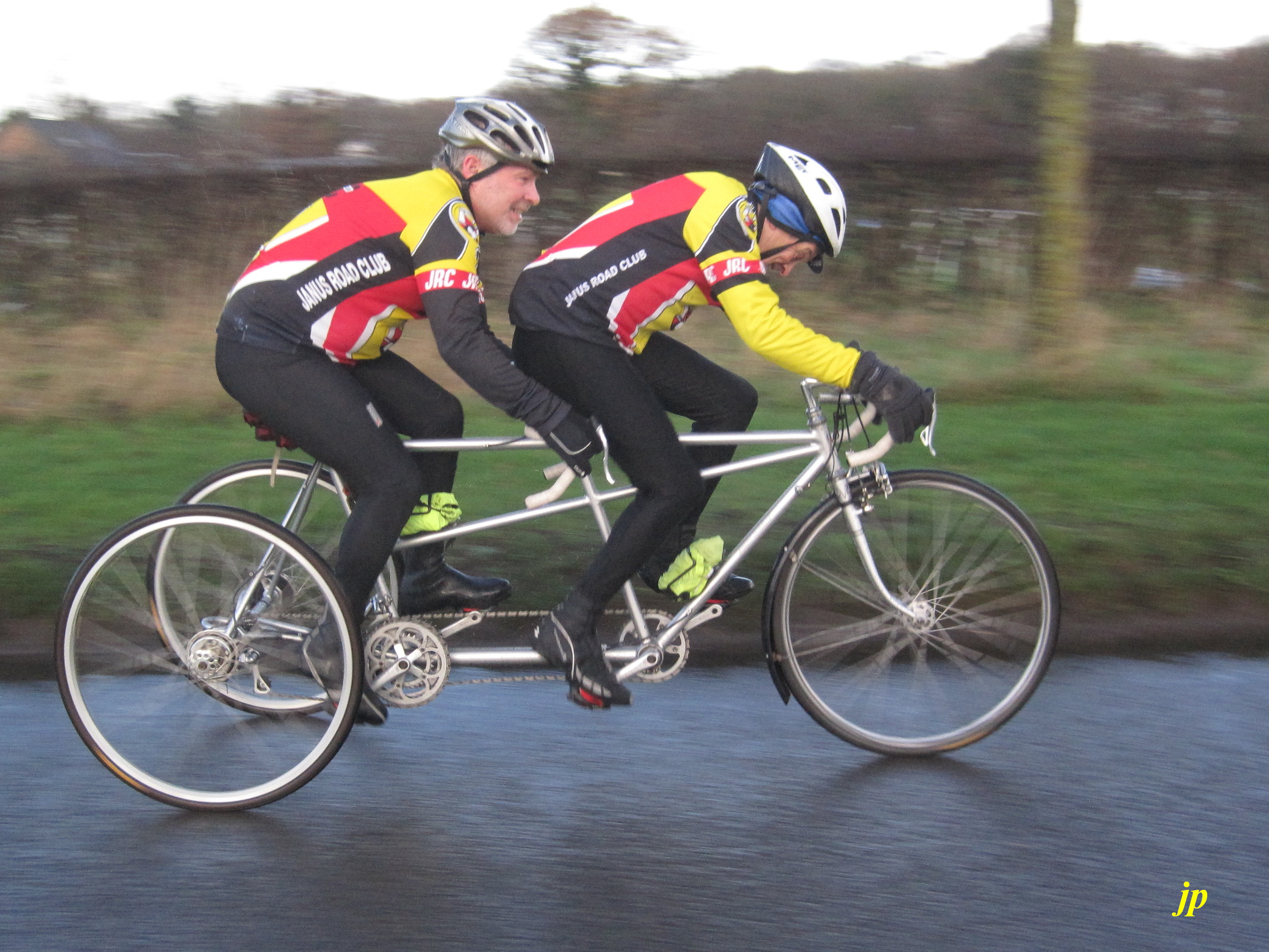 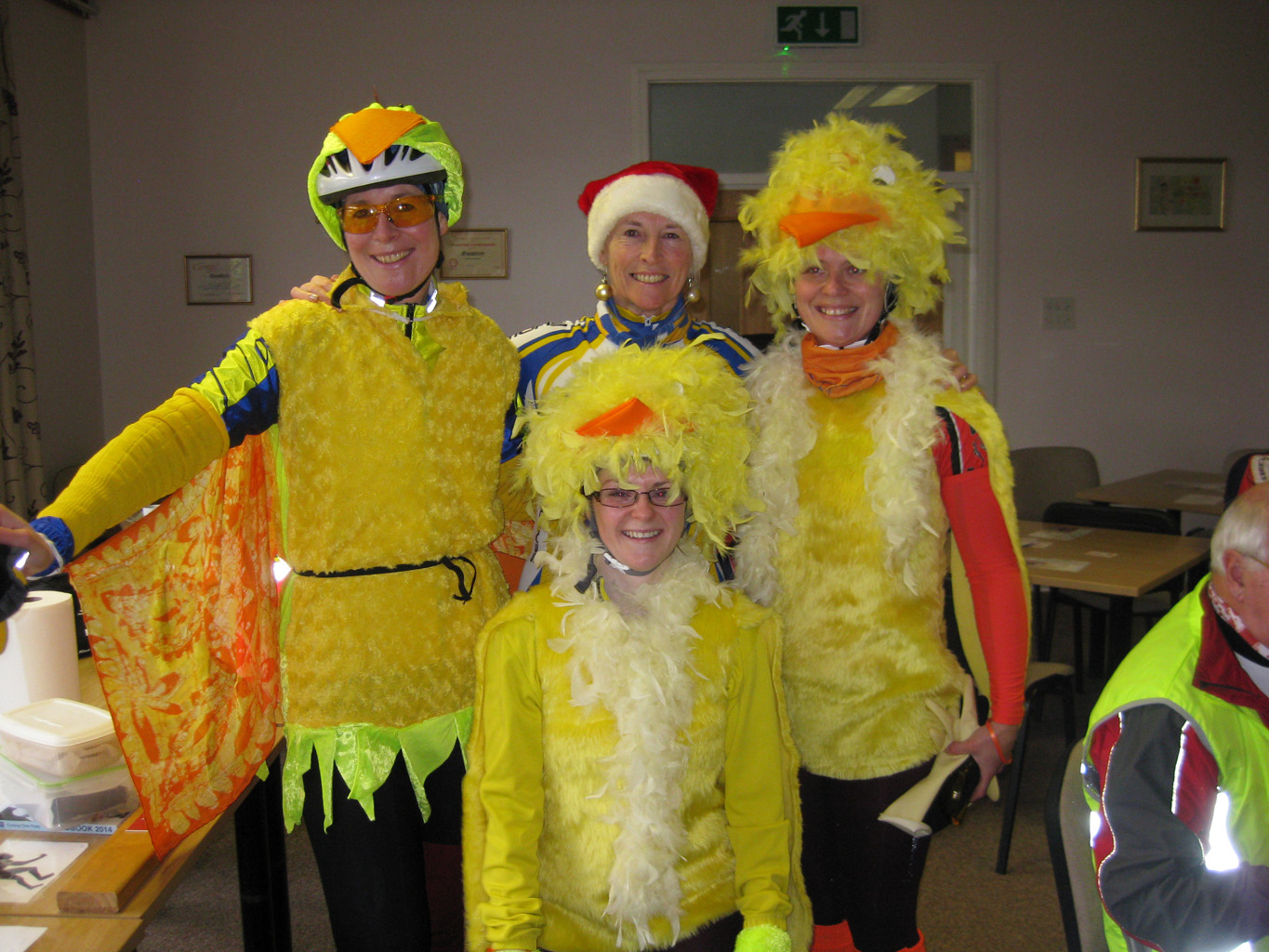