You will recall this time last year, Dave Fearon took the Gold in the club Championships by just 1 second, that wasnt going to happen this year as he opted not to ride, leaving Just Alistair and me to contest it.

Dave Fearon does an excellent job of organising this event, it is a thankless task.  Due to the size of the course, and the length of time we are on it, it takes 50 volunteers to make this happen, so a massive thanks to Dave and all those that helped out, which included Caroline Fearon and Geoff Lovelady, without which, events like this wont take place. Whilst on the subject of volunteers, Chris Gilbertson needs some for the WVCC 25 he is organising on 5th August, so if you can help, please contact Chris_gilbertson@talk21.com

Due to the Chris Hoy Sportive riding some of the roads, Dave opted to push the first start time back 2 hours to 10:01 to allow the roads to be clear.

The weather was reasonably warm without being too hot, but was quite blowy. The route is generally 3 x 30 mile laps from Byley up the a50, right on Goughs Lane around Booths Hall roundabout, back down the a50, tremlow lane, up the a535 past Jodrell Bank to Chelford Island, back down the a535, up the viaduct to Holmes Chapel, around the M6 J18 round about, back to Holmes chapel, left on the a50 back though Cranage to Allostock. 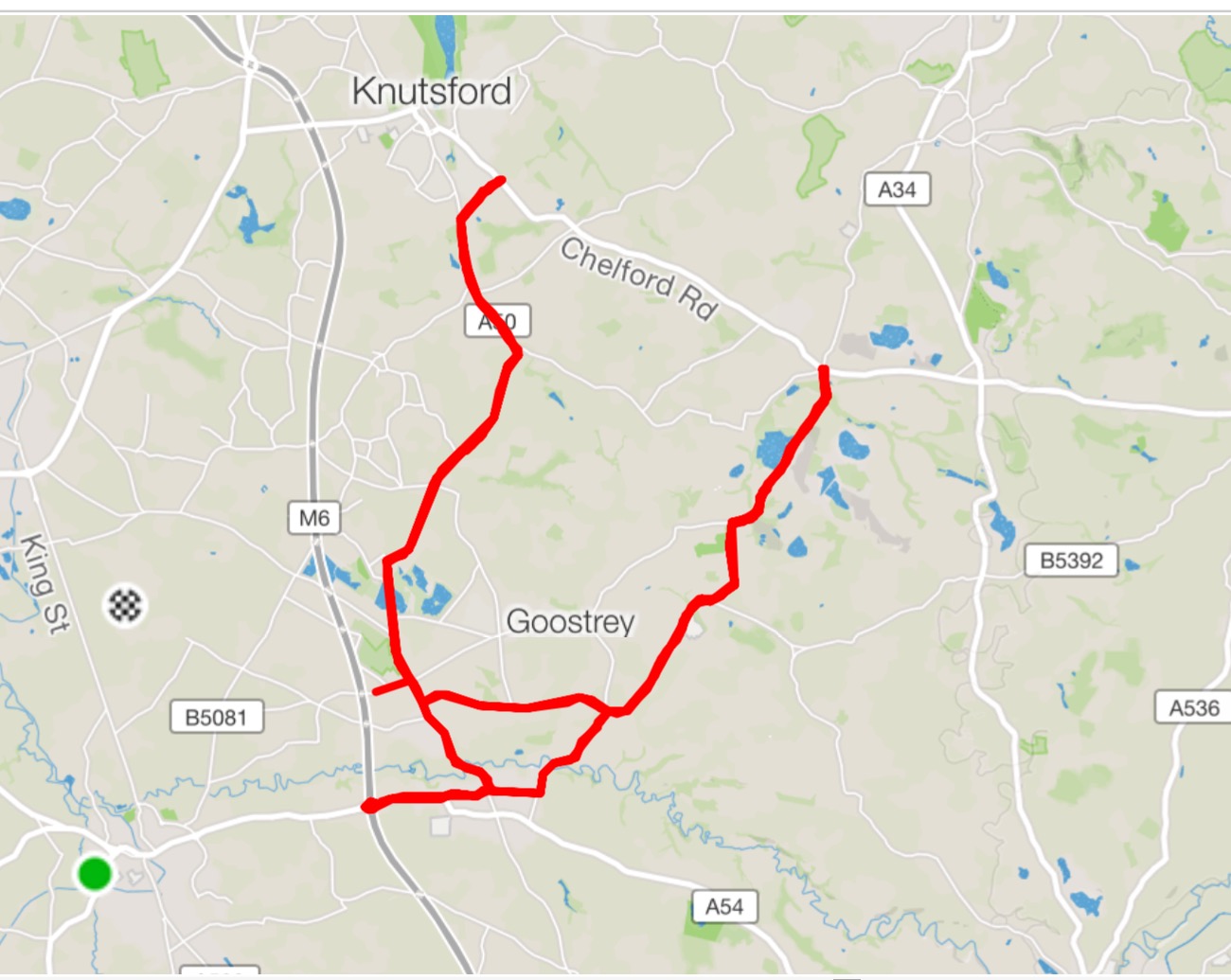 I was off at 10:49 and Al, 9 mins later, my plan was to try and hold 25 mph average for 50 miles, but on a tough course taking in the climb of the Viaduct and Cranage, 3 times, it was going to be tough. As Al was only 9 mins behind me, i would pass him on the a50 and the a535, so hopefully, this would give me an indication of how i was getting on,  the first time i could judge this was around 38 miles, and i had a slight advantange on the previous time we passed,  but by the time we passed for the last time, I could see Al had gained time on my during the last lap.

As usual on a 100, I feel quite strong until about 60 miles, then I seem to struggle. We both suffered cramp at 80 miles, I certainly had to make a conscious effort to back off to ensure I finished. I was unable to get out of the saddle for the last climb of the viaduct and Cranage as the cramp was just on the edge. 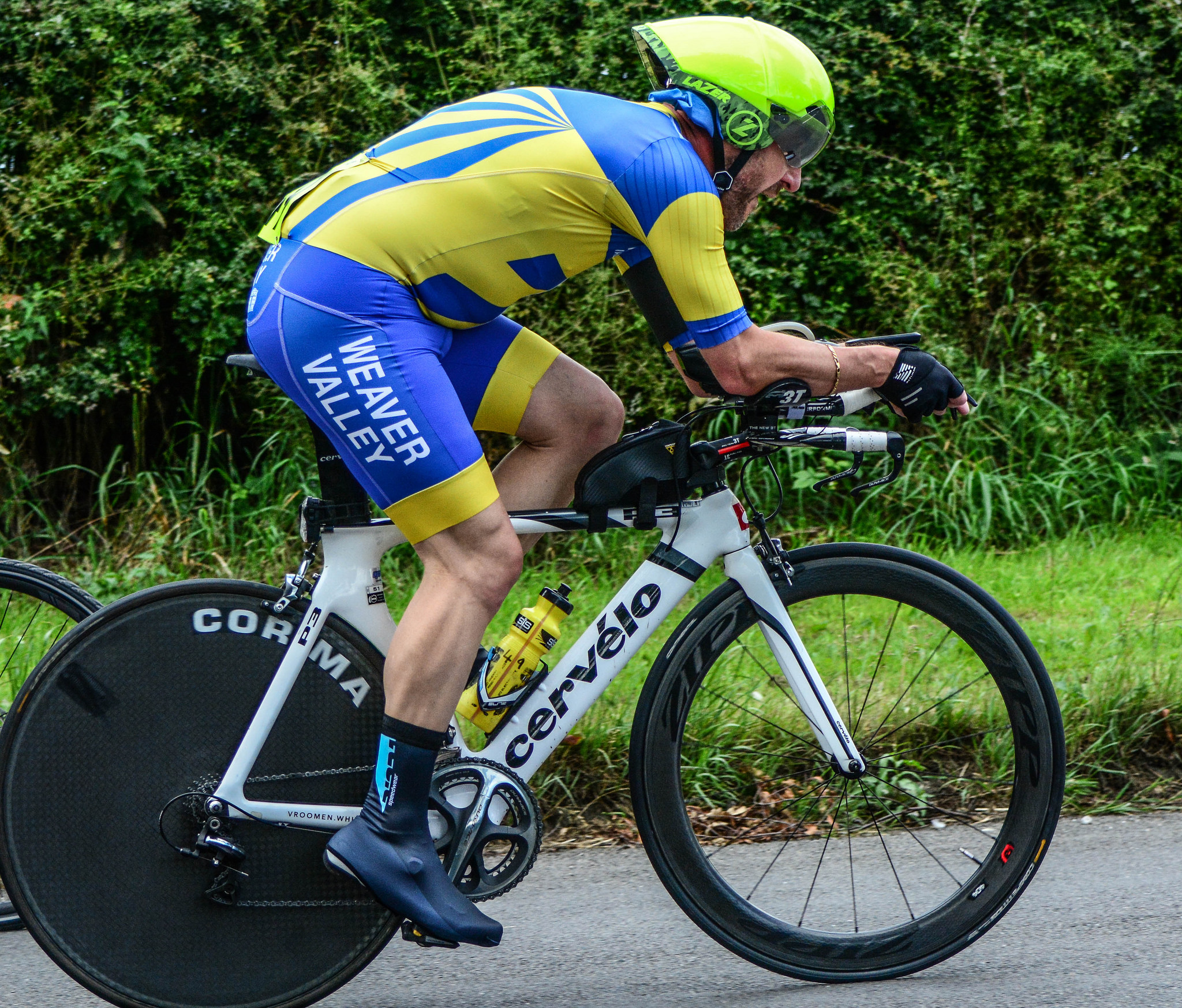 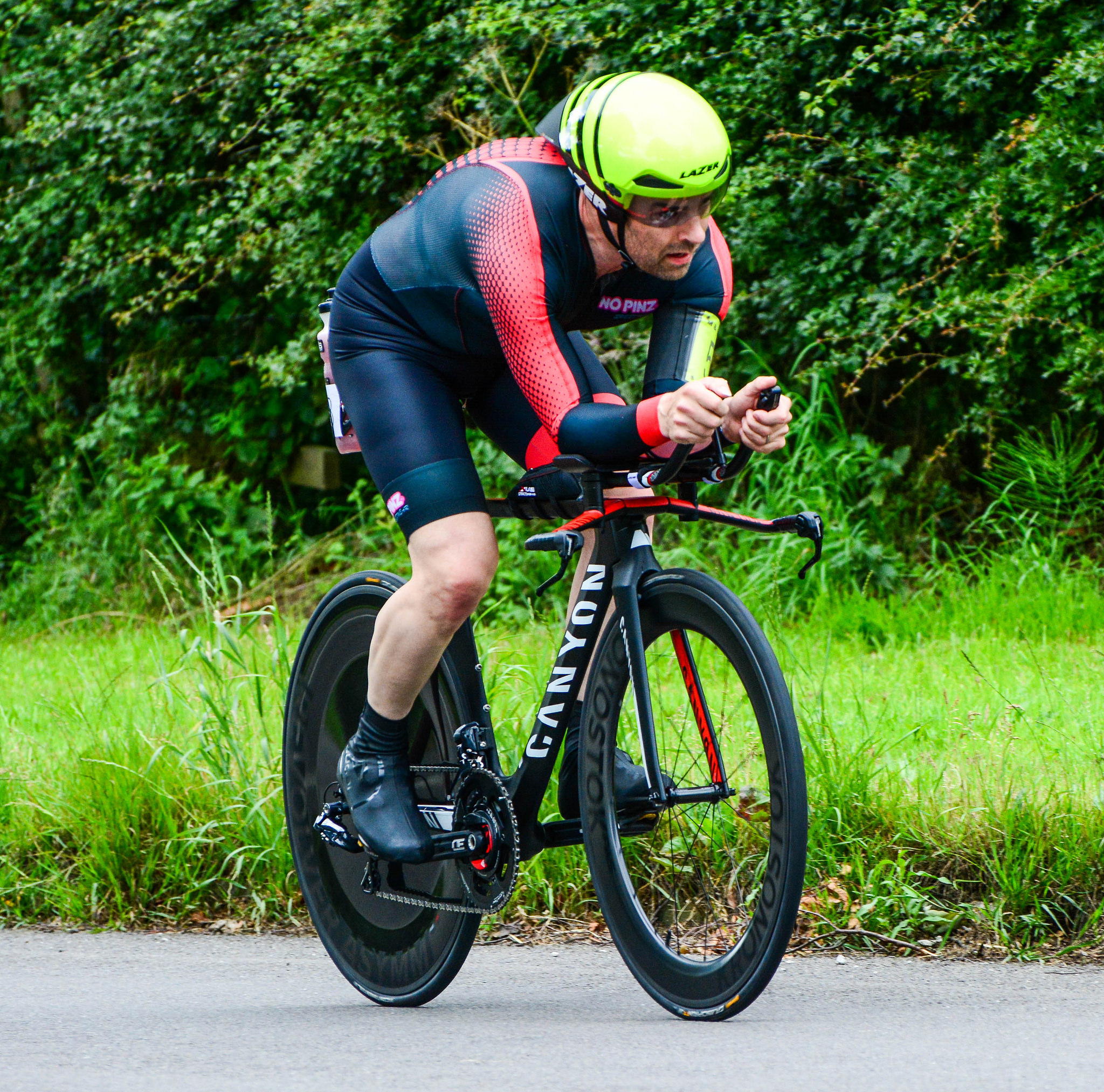 On arriving back at HQ, i got off my bike, I couldn’t bend my back (still cant!) and then the cramp kicked in. I was lay flat on the floor, both calves and thighs were going all at the same time, Ben Norbury from Congleton CC was parked next to me, he had a team of helpers, fortunately and thankfully they all helped me by massaging my legs, giving me water and keeping me in shade. I have never experience such pain with cramp.

Anyway onto the results.

Al put an amazing 8:30 into his PB, which was on Anfield recently. Anfield is a faster course so he is obviously coming into form. He finished with 4:19:24 to take Silver.

I finished with 4:18:09 to take Gold, this was nearly 7 mins slower than Anfield but a course PB by over 4 mins so pleased with it, although I feel i should have been faster.

Full results haven’t been published yet so i am not sure on the position.

The winner was a flying Mark Nulty (Glossop Kinder Velo Cycling Club) with an unbelievable 3:39:31 which is an area record by nearly 6 mins, Second was Charles Taylor (Team Bottrill / HSS Hire)

It was god to see Alan Shuttleworth at the HQ following his off recently, however he needs a new skinsuit after it had to be cut off him in the hospital, he had only wore it twice!

Thanks To Ellen Isherwood for the pictures.