LeJoG Day four… and a club run or two

The day started with rain and wind. I didn’t expect to see too many out as I approached the club, but there was a healthy gathering of club members, all eager to trip out and try something a bit different.

Today was a bit different. We were to meet Graham, Carl and the intrepid band of end-end cyclists who were to Cycle from Ludlow in Shropshire up to Leigh, north of Warrington today. A ride of around 97.5 miles or thereabouts – as below. 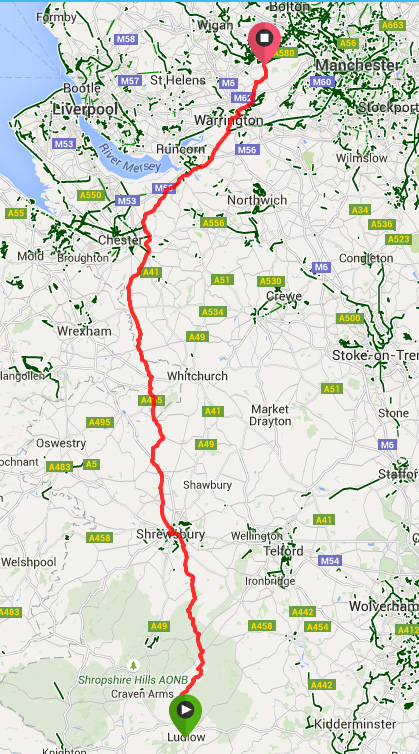 A ride of about 97.5 mmiles or thereabouts. Sure I’ve already said that.

We’d already sent a scout to Ludlow the day before in the form of Jim W.

Today we also despatched an advanced party to escort the brave riders to the Queen’s Head in Sarn, near Malpas.

The short run set off and we headed out past Oulton Park, Eaton, Tarporley and up to Beeston Castle, before dropping along to Bickerton and Malpas, stopping now and again to don capes, and then stopping to take them off again as rain came and went.

We arrived nice and early, at the pub.

We were the first there, and had expected the LeJoG group to be there already. 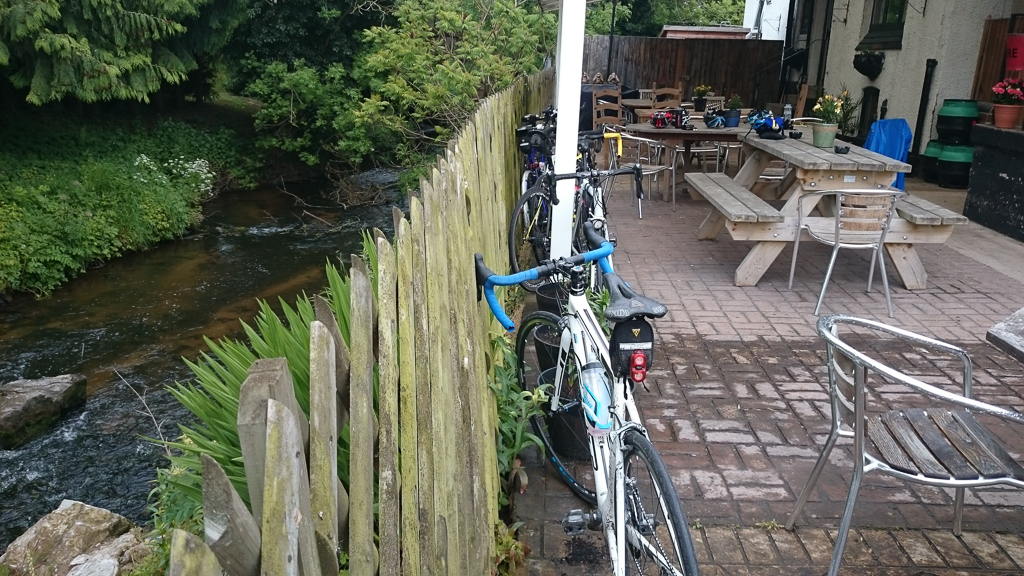 We were the first there. Have I already said that?

We piled in to catch the pub staff off-guard (they were only just opening), and paid for our butties and soup etc.

We tucked into to some excellent thick sandwiches, hot soup and more bread. Excellent.

We’d all finished and still no-one had arrived.

We waited. Some time past.

Eventually, the merry throng arrived, escorted by the advanced party, who had also wondered where the LeJoG riders were, and had turned back when they suddenly appeared. 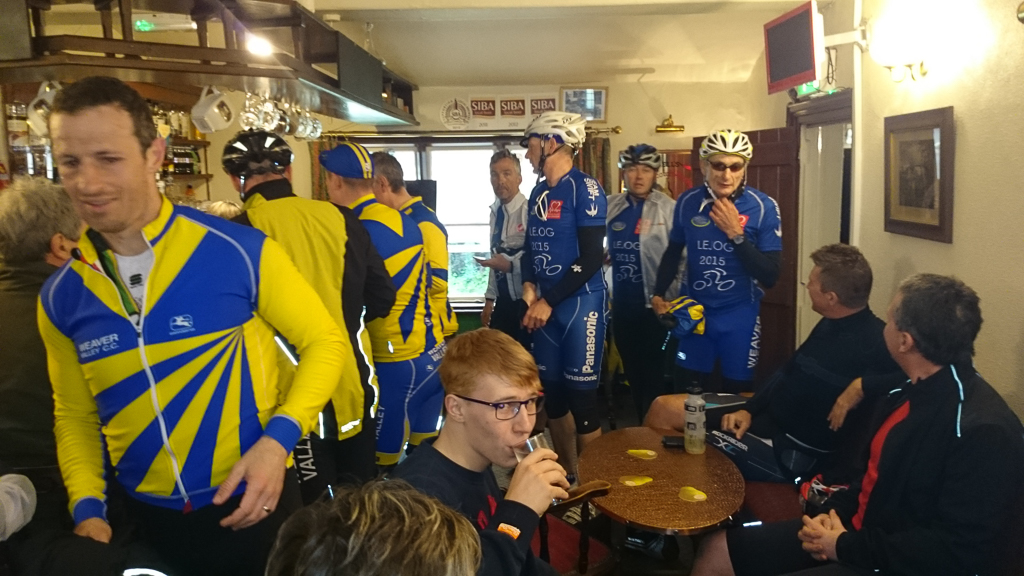 Ah, here they are, also piling into the tiny pub. Now bursting at the seams with cyclists.

The pub were very efficient at preparing and serving the food, and when all were suitably fed, we made our way outside where the sun now greeted us.

A group photograph later, and we were off.

A group photograph. Graham and Carl in blue LeJog jerseys.

A more familiar return route took us back towards Farndon, and then through Waverton, Ashton Heyes and to the forest, where cheeky looking Carl took a gel or two before mauling everyone to the Hatchmere sprint! Hopefully we gave the boys a bit of shelter from the unrelenting wind, but we did have a fair share of tailwinds as we meandered this way and that through the lanes.

Club members peeled off, and as left, there were only the four LeJoGgers, Jim W., Rob D. and Steve M. left to take up the mantle of escort.

Another good WVCC day out. A note of thanks must be noted to our club members for coming out to support the Chairman on his impressive quest.

Good luck lads on the rest of the journey. You’ll be at the top of Scotland before you know it… 🙂 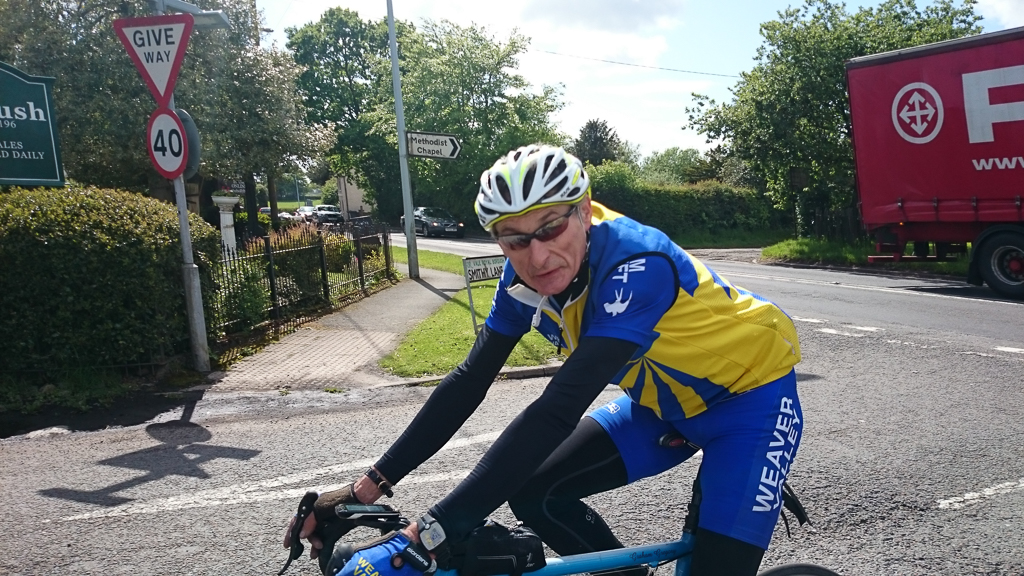 Is this the way to John O’ Groats?