Lakes Off Road with a difference

So many people were on holiday that only Kev Underhill and I were free for an off road weekend 26 & 27 July. So we (or at least I) had an interesting idea. Camp at Borrowdale Friday night, then ride over to Wasdale Saturday morning in time for the Lingmell Dash, which is a fell running race. The track over via Sty Head is a bridleway, but totally unrideable in places where there are very rocky sections. We even had to carry our bikes down some of the descent. Fantastic scenery though and a good warm up for the running race. 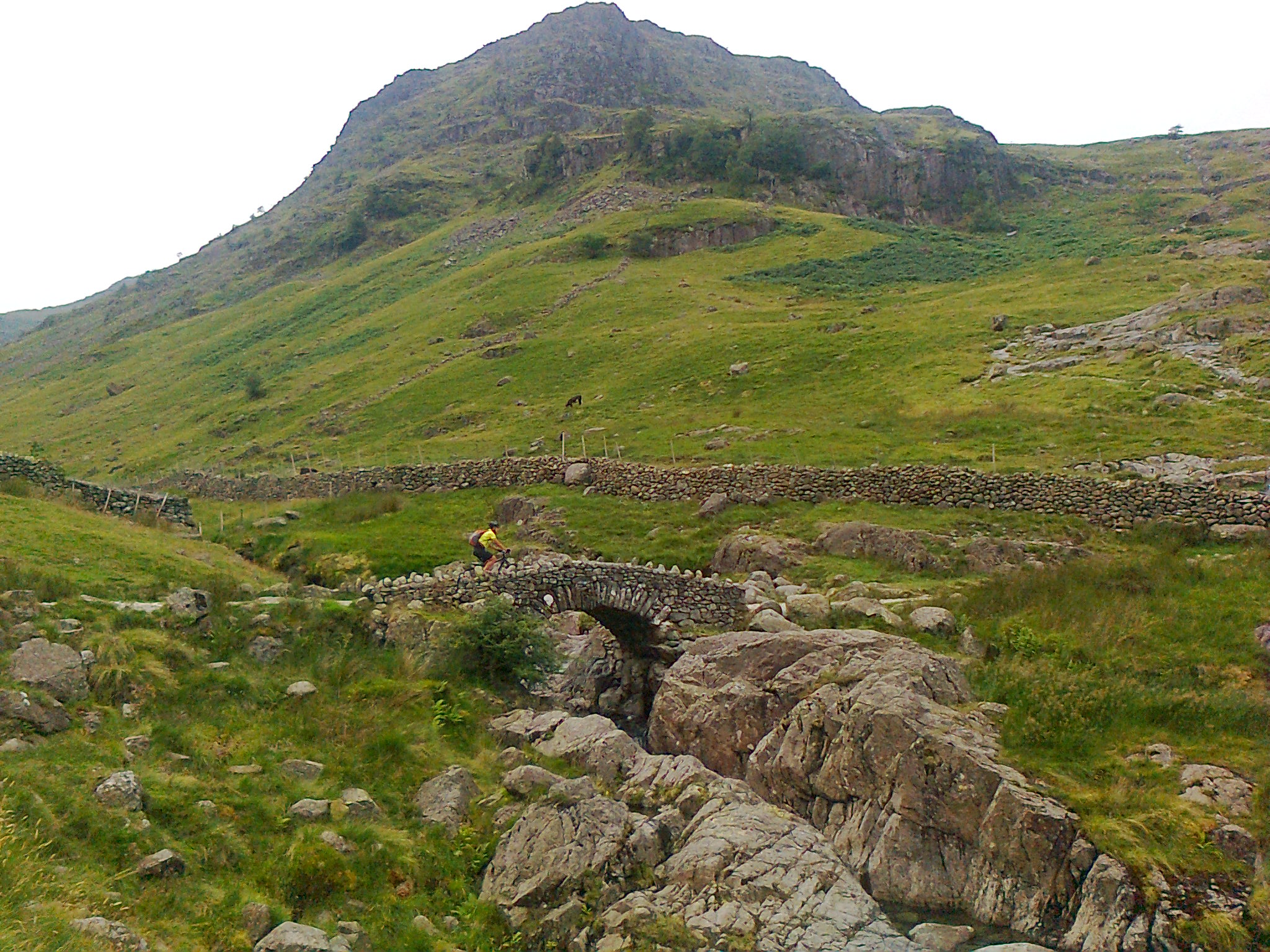 This is Stockley Bridge where the track rose up at seriously steep angle. 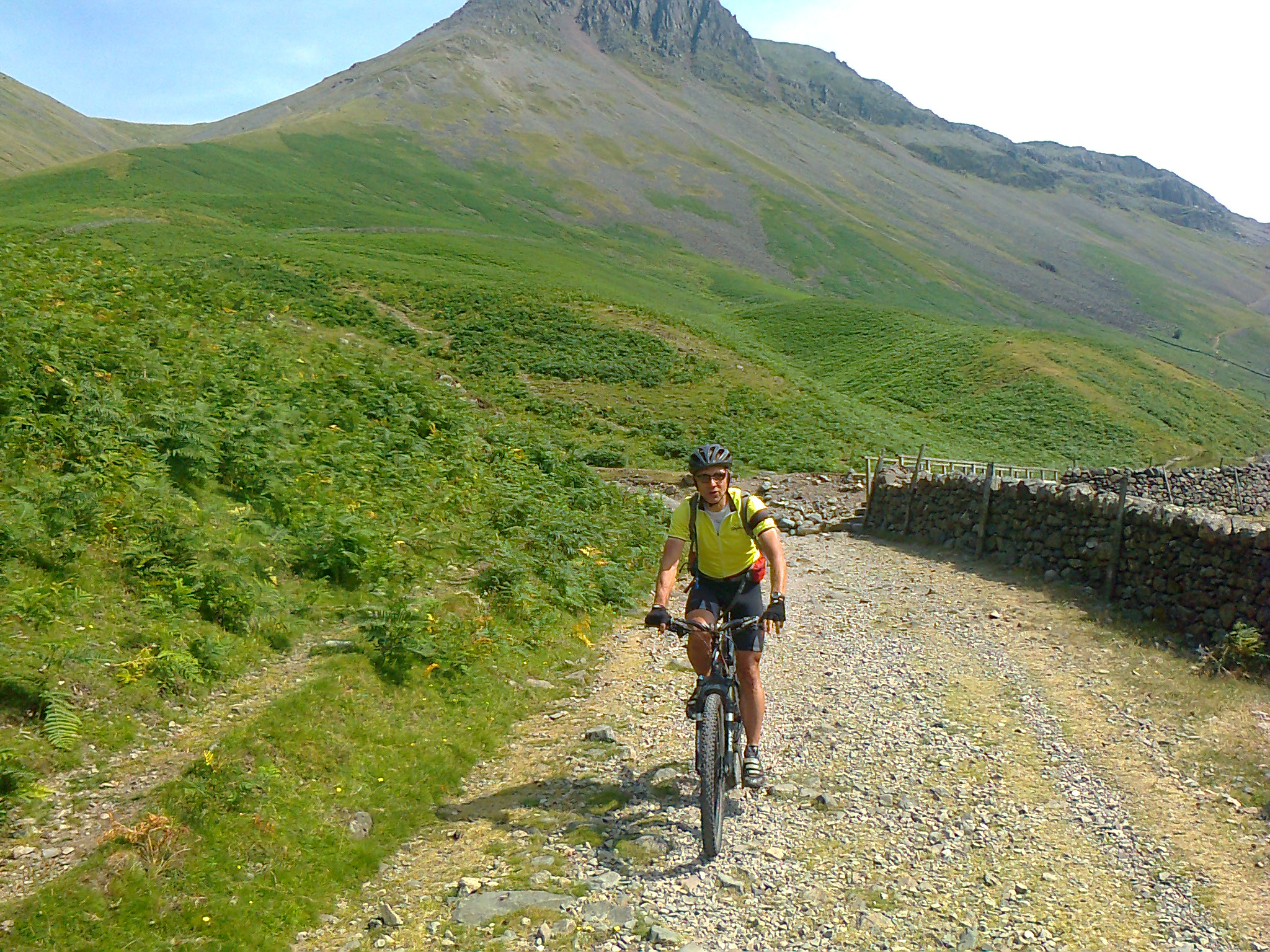 Some nice descending into Wasdale once the gradient had eased. Great Gable in the background. We were in plenty of time for a light lunch and entered the race at the Wasdale Head hotel. Lingmell is 2600ft and the summit is just a couple of miles from the start, so it is just a straight “up & down” run. Only 31 entered, mainly local team members from Keswick and other local fell running clubs. We set off steadily and Kev slowly picked off those in front until at the summit he was 11th. I was around 6 places behind. On the descent Kev lost a few places and I lost loads as my quads seized up. I wasn’t quite last, but Kev did brilliantly to win first over 55. He won a bottle of the local brew. Here he is getting his prize, with Lingmell in the back ground. 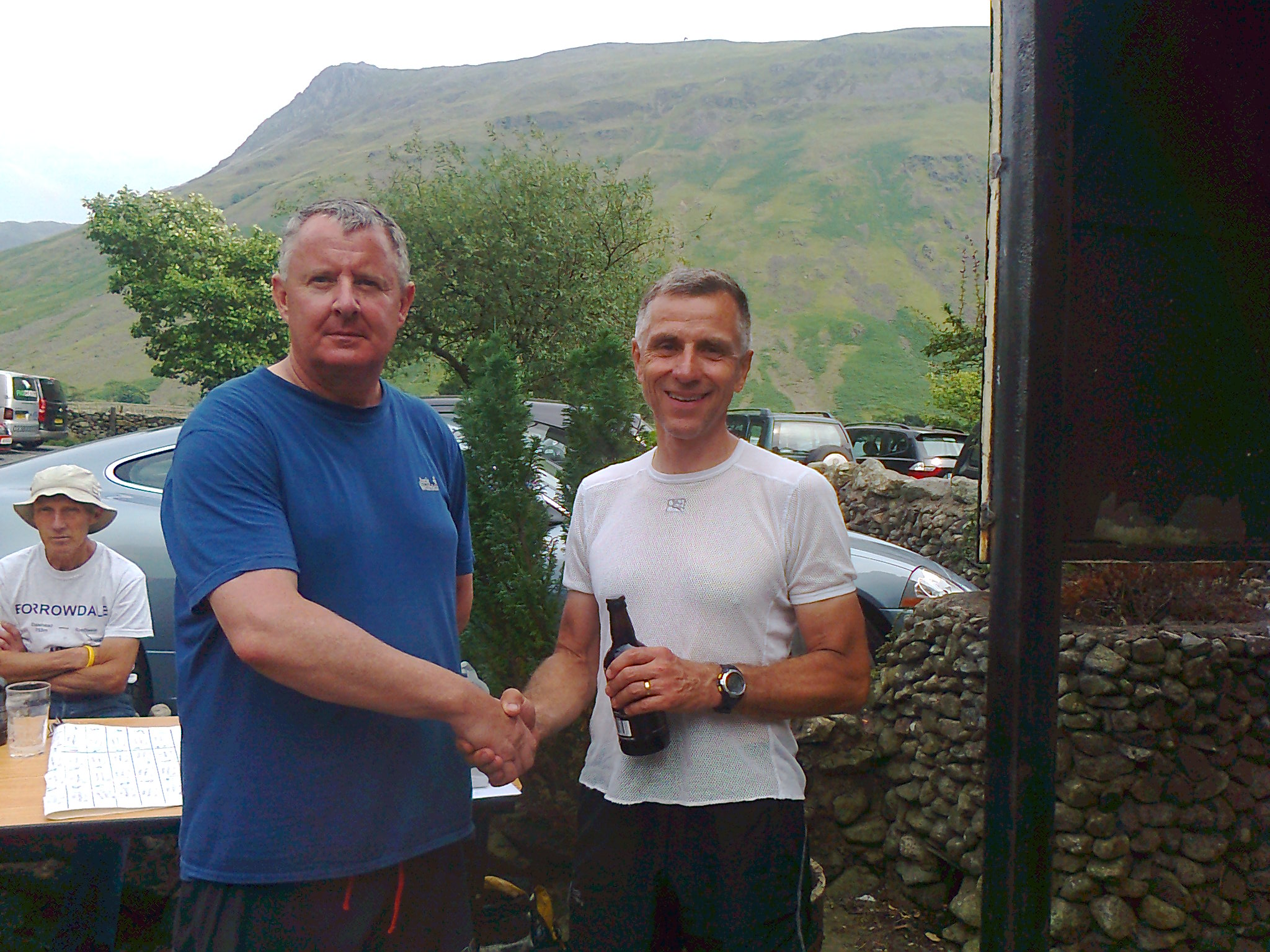 The return trip over Sty Head was slightly more rideable and some nice descents in places. After a good meal at Borrowdale Hotel and a good night’s sleep we did a circuit of Derwent Water on Sunday, which was a lot less demanding, but nevertheless some good challenging mountainbiking. Hopefully we’ll get a few more takers for the next weekend 6&7 Sept.

Off Road
Alan’s defection, and Carol cleans up for the camera – short club run – 27/07/2014*
Guardian Cup points standings after 8 rounds