Jim has a bad day…

A rare shout for the Wednesday Wrinklies! I’m working this weekend so had a day off work, and what a treat it was to join our club elder statesmen on their Wednesday ride. I turned up at Hatchmere at 9.45 – and not a soul was there. Slowly they arrived, in dribs and drabs, until at 10.20 (yes 10.20!) about a dozen of us rolled away, back towards Northwich, with the goal of riding to a new cafe in Marton called “Chapeau” which we not unreasonably surmised, suggested that they might be keen on cyclists.

The ride out was pleasant, at a pace which allowed for conversation, and it was good to catch up with old friends – I haven’t been out on Wednesday for ages. It was a lovely fairly warm morning and we rode out on quiet lanes through Goostrey and Twemlow Green, and we were at the cafe by 12.

And we were still at the cafe at 1.20 as they weren’t very quick at serving. Despite their promising name, they didn’t seem that prepared for cyclists, asking us to sit outside (the cafe was very full inside, they were doing a roaring trade for what appeared to be local pensioners). Sitting outside was fine when the sun was out, which it was a lot, and it felt like we were on holiday in France. But when the sun wasn’t out, it was cold and the racing snakes amongst us (and there were a few) started shivering. The staff took our order – and then we waited and waited. Chris Latter however had somehow raced into the cafe, placed his order first, got served in 5 minutes, eaten and then jumped up to head back home. Nice to have team players around Chris!

In the meantime poor Jim, who was already having a bad day having had a load of dental work done earlier this week, (this didn’t mean he couldn’t entertain us with very bad jokes) ordered the simplest of simple lunches – toast and jam. Slowly, one by one, after about 40 minutes, our much more complex lunches arrived. But no sign of Jim’s. Eventually, after several polite requests, it turned up. He was unimpressed. At least they didn’t make him pay.

And so (barely giving Jim time to eat his toast) we set off home, via Gawsworth. Everyone was so cold that we couldn’t resist racing along the road to Siddington, to warm up, with Keith setting the pace, desperate to get his average for the ride up above 15mph (he said he couldn’t maintain his professional elite status if his average pace ever dropped below 15mph and it was dangerously below that at lunchtime). At Siddington, we waited (again). Poor Jim had punctured, just adding to his bad day.

Anyway we then picked up the pace again and rode home in fine style, and I got back in at 3 pm.

Keeping me company were Terry, Dave D, Spanish Ged, Pete Williams, Jim Williams, Sid, Keith, Steve M, Ian, Rob, Frank, Graham, Chris and Tony. Alan Kemp joined us on the way home and it was nice to see him out. Thanks chaps for the banter and company! 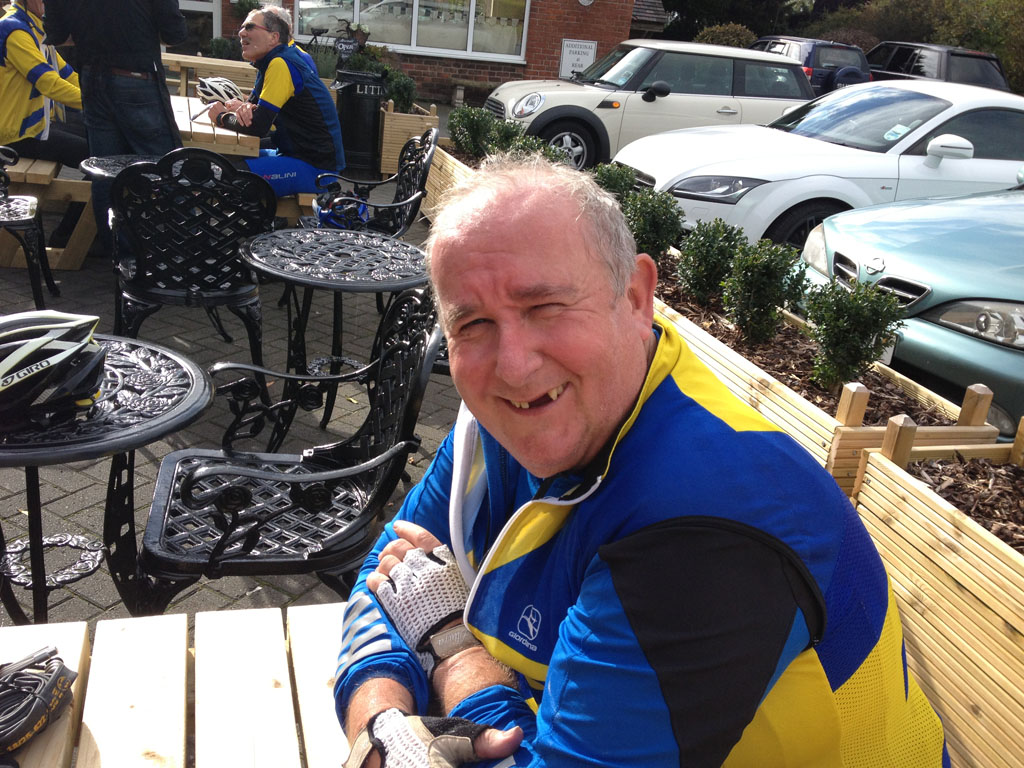 You should see the other bloke… 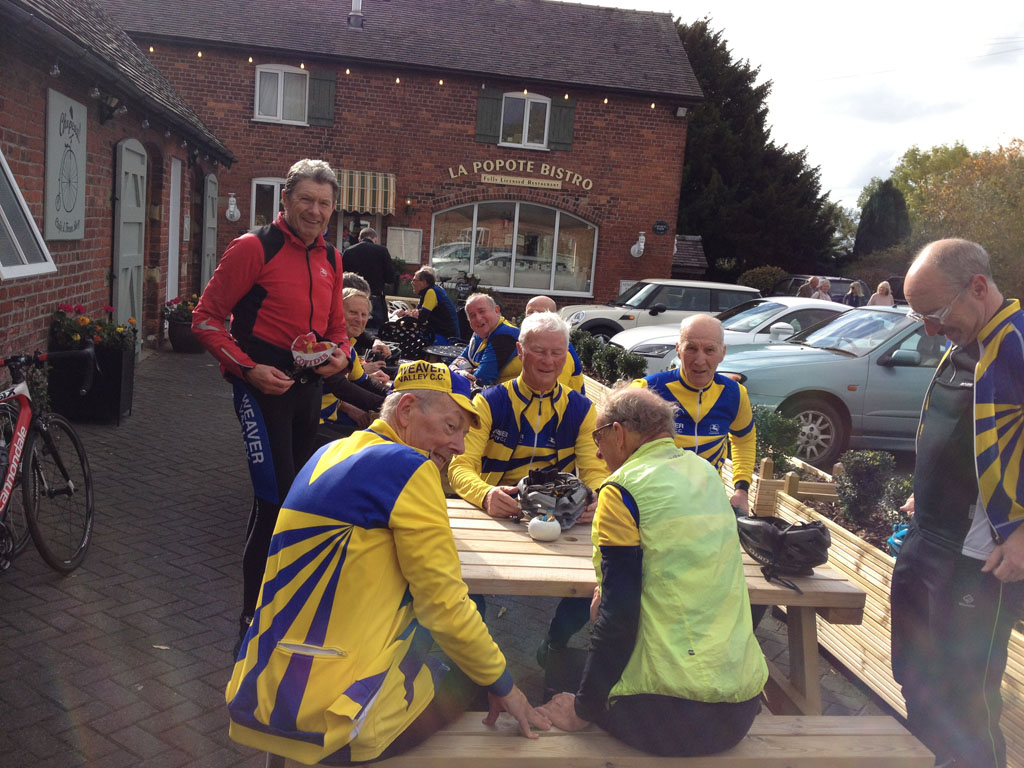