It’s all downhill from here…

..especially if you are one of the many who tried to get the crown from last year’s freewheel winner Jamie, by trying to freewheel down a different hill this year.

On the club run out on Sunday, a stop was made at the top of the hill just past Brines Brow car park in Delamere, and there, carefully, one at a time, each rider would freewheel for as long as they could to see who could get the furthest. Simple eh? You’d think so, but despite the gravitational pull, and the hope that a bit of winter weight might help you along, it’s not that easy. Some grimaced, some grinned, some gurned, some were dead straight, and a couple were wobbly.

Our man Jim however, was determined. Having last gained the crown sometime around 1986 or 1987 (his memory fails him), he tucked in with chin over bars and shot down the hill, and promptly disappeared down the road out of sight.

Many followed, no-one caught him. The finish was a close one – about 2 metres, between Jim, then Steve (L) and Emily.

No judges decision was needed, which is a good job, as there are no judges.

Evidence of the facial shows of determination can be seen in the images below. 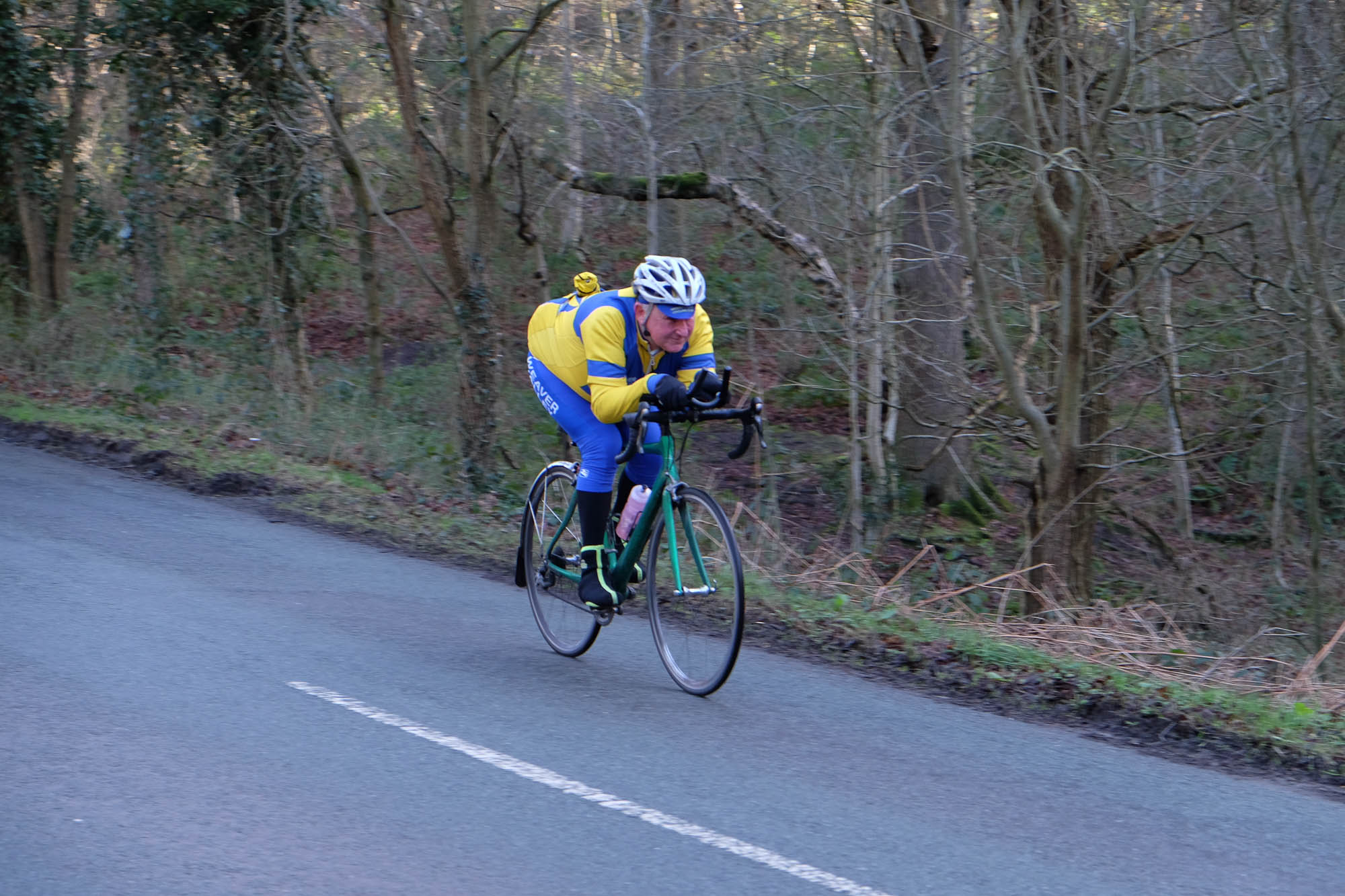 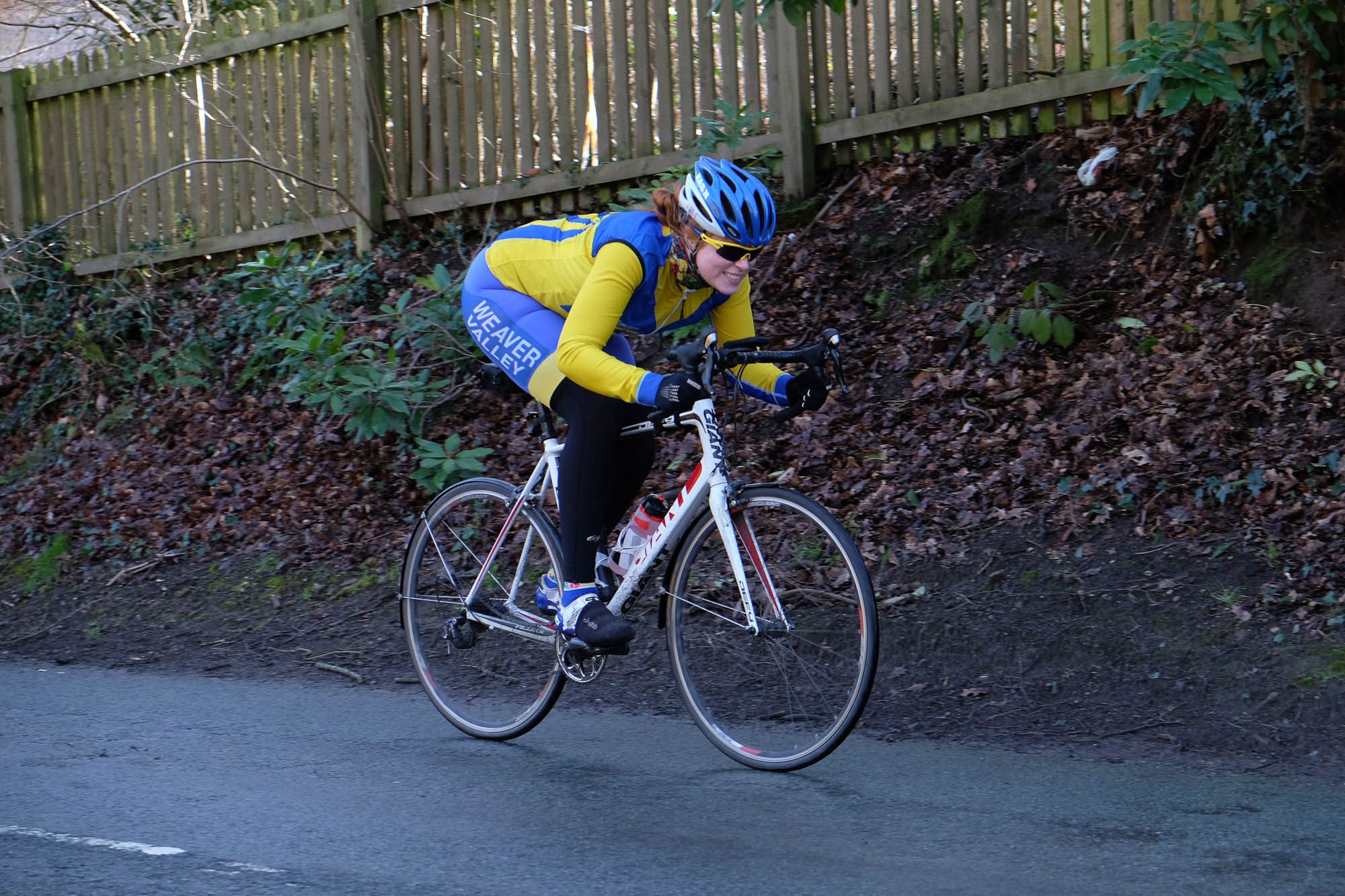 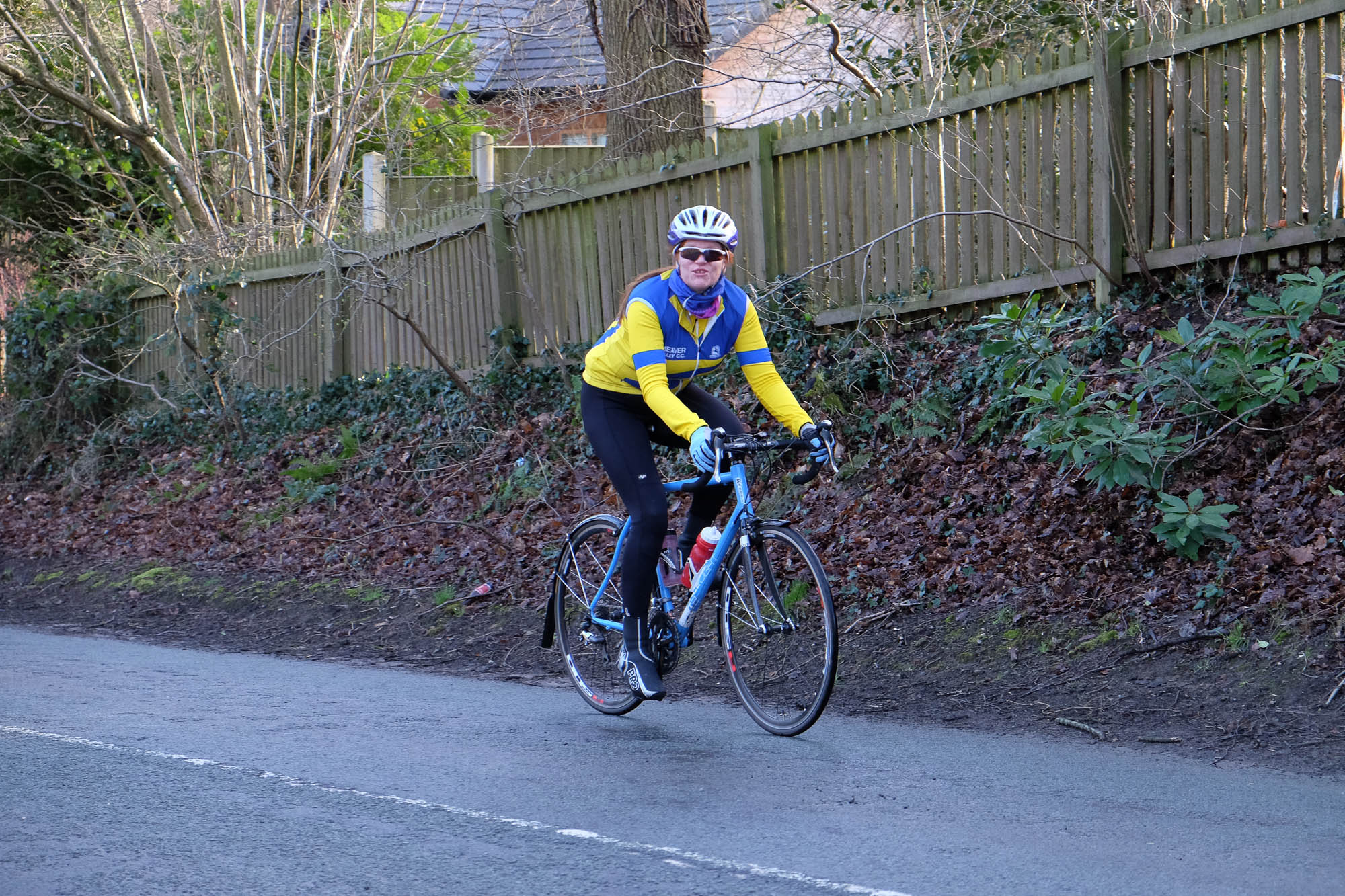 ..some didn’t even bother and just pedalled. D/Q! 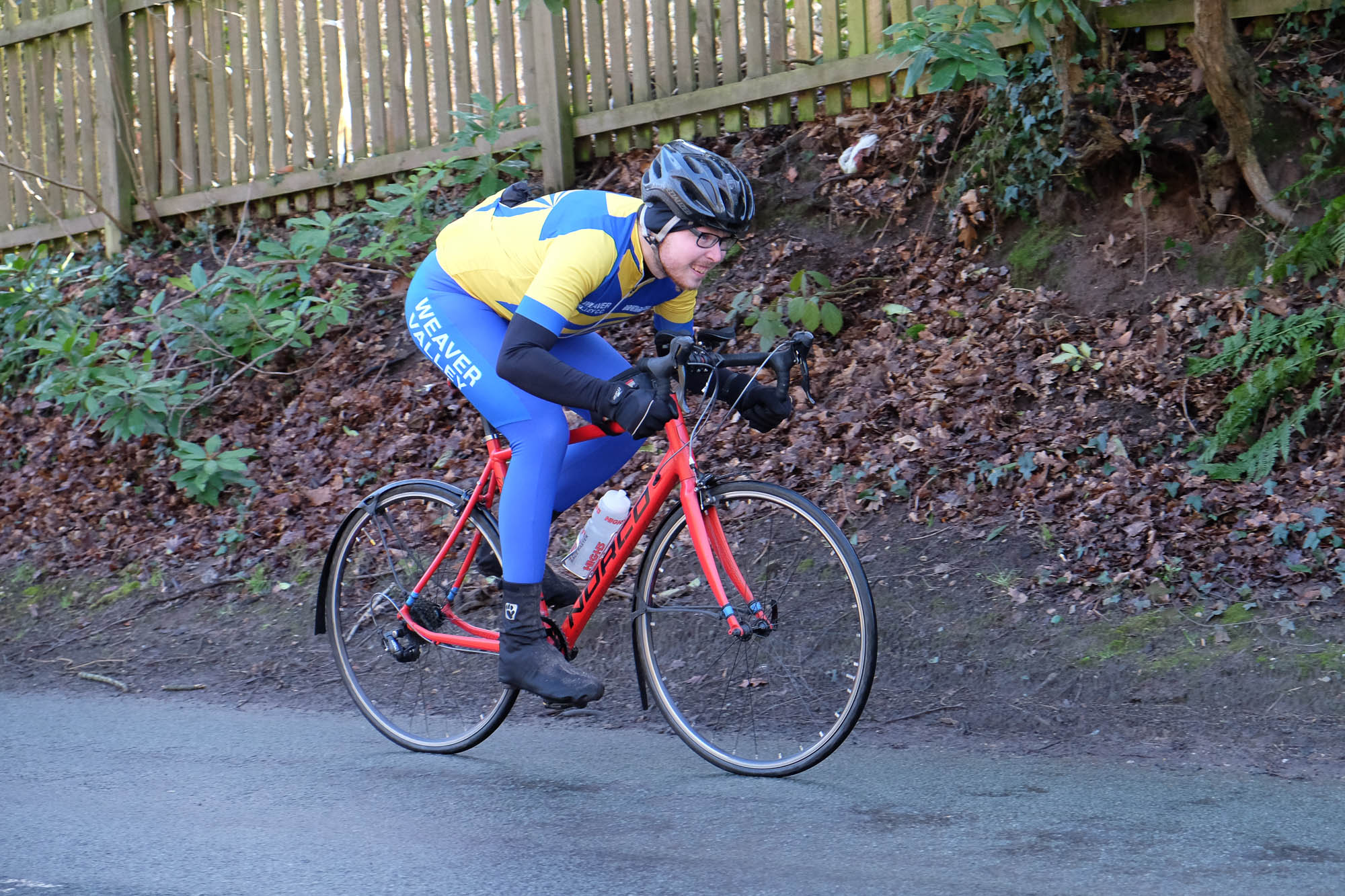 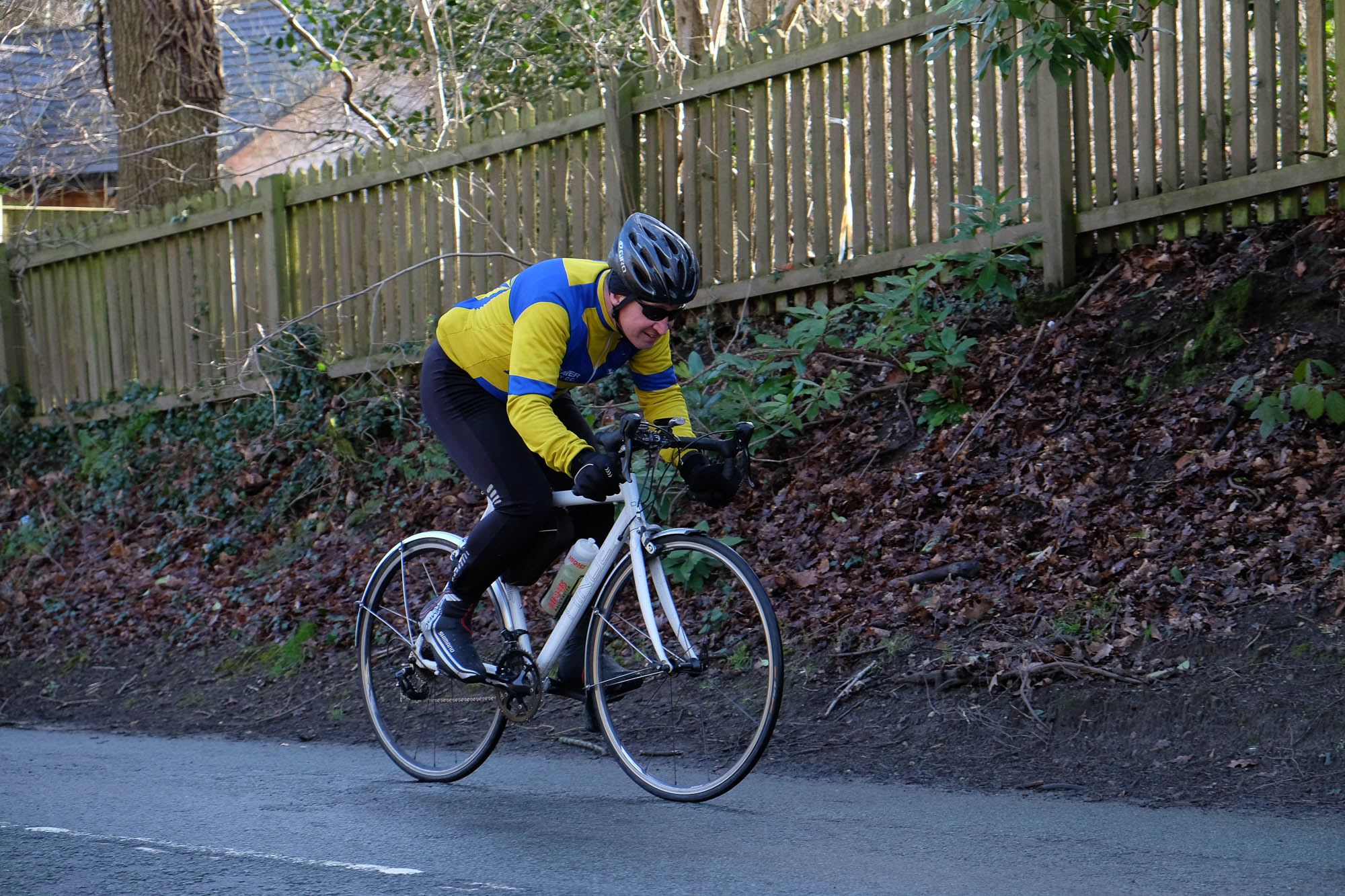 ..some looked at the road and hoped for the best.. 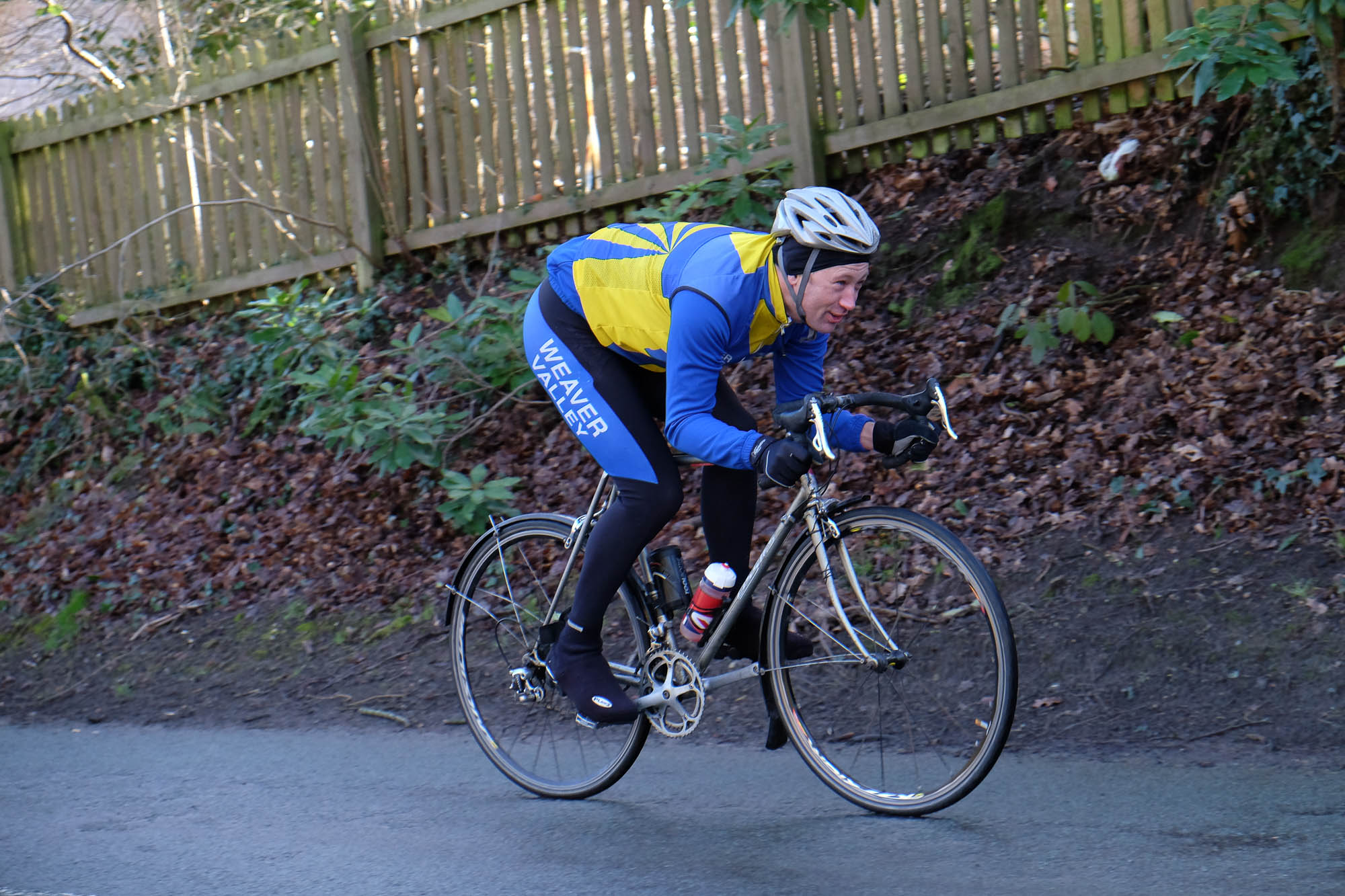 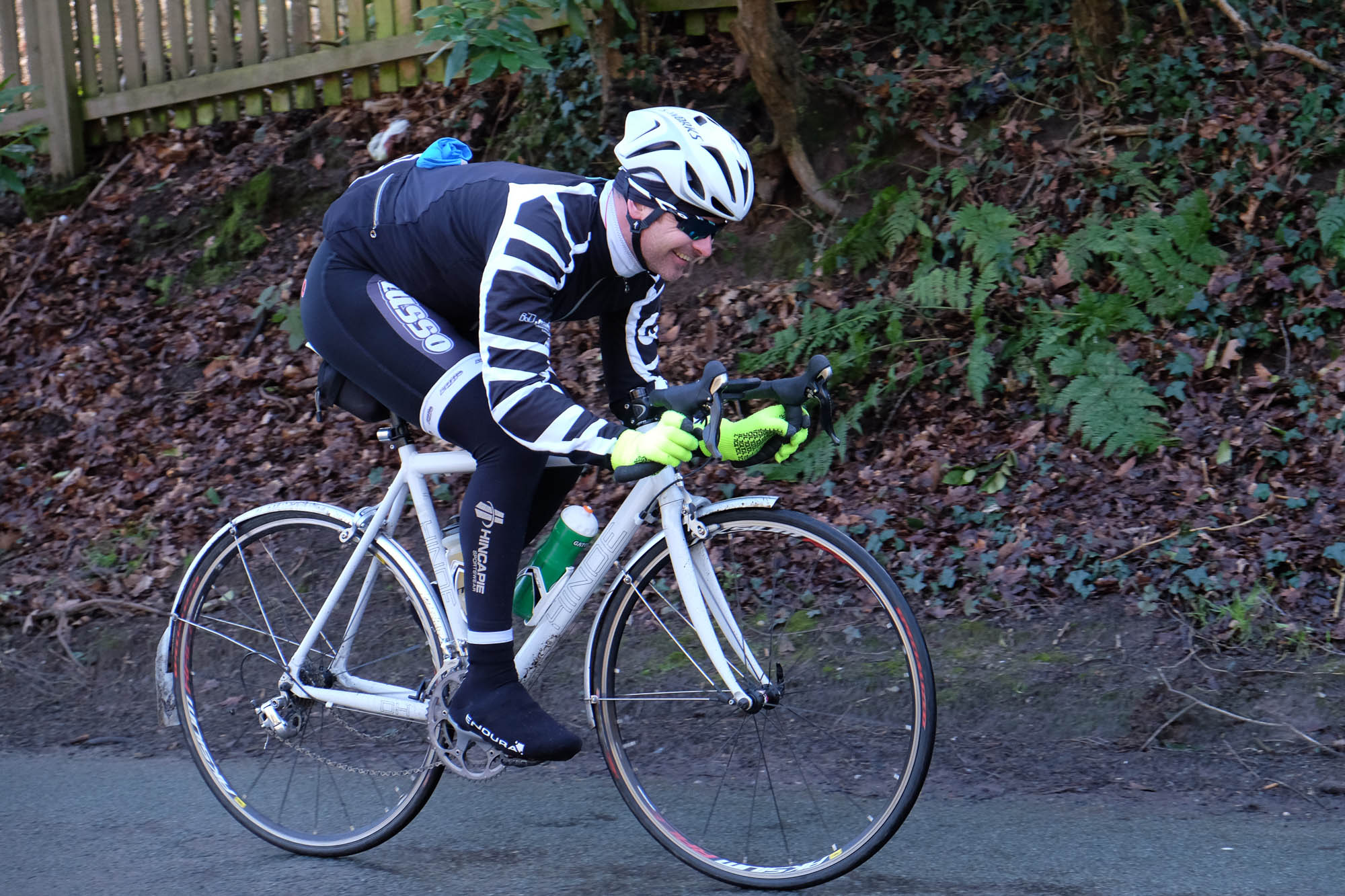 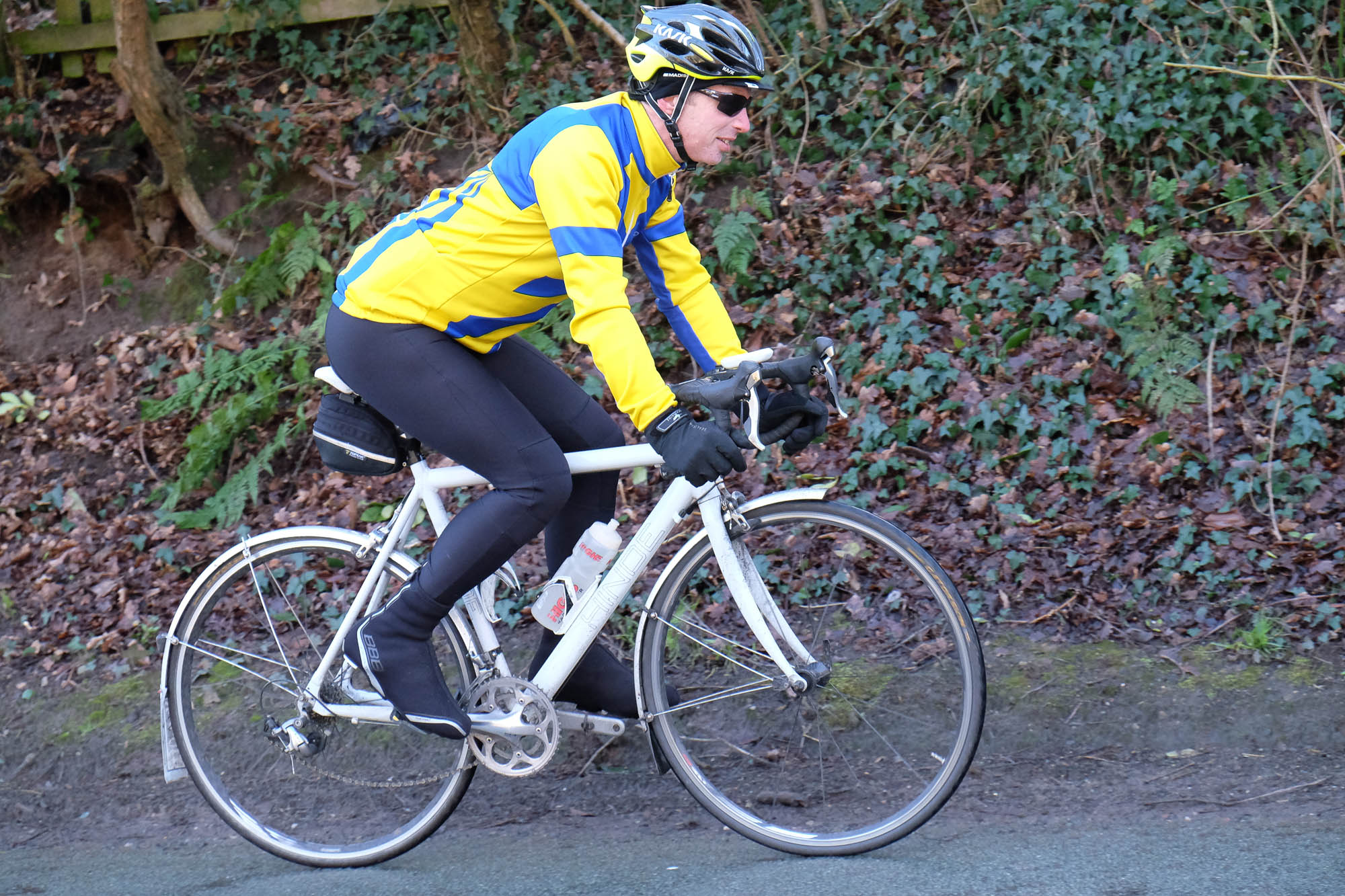 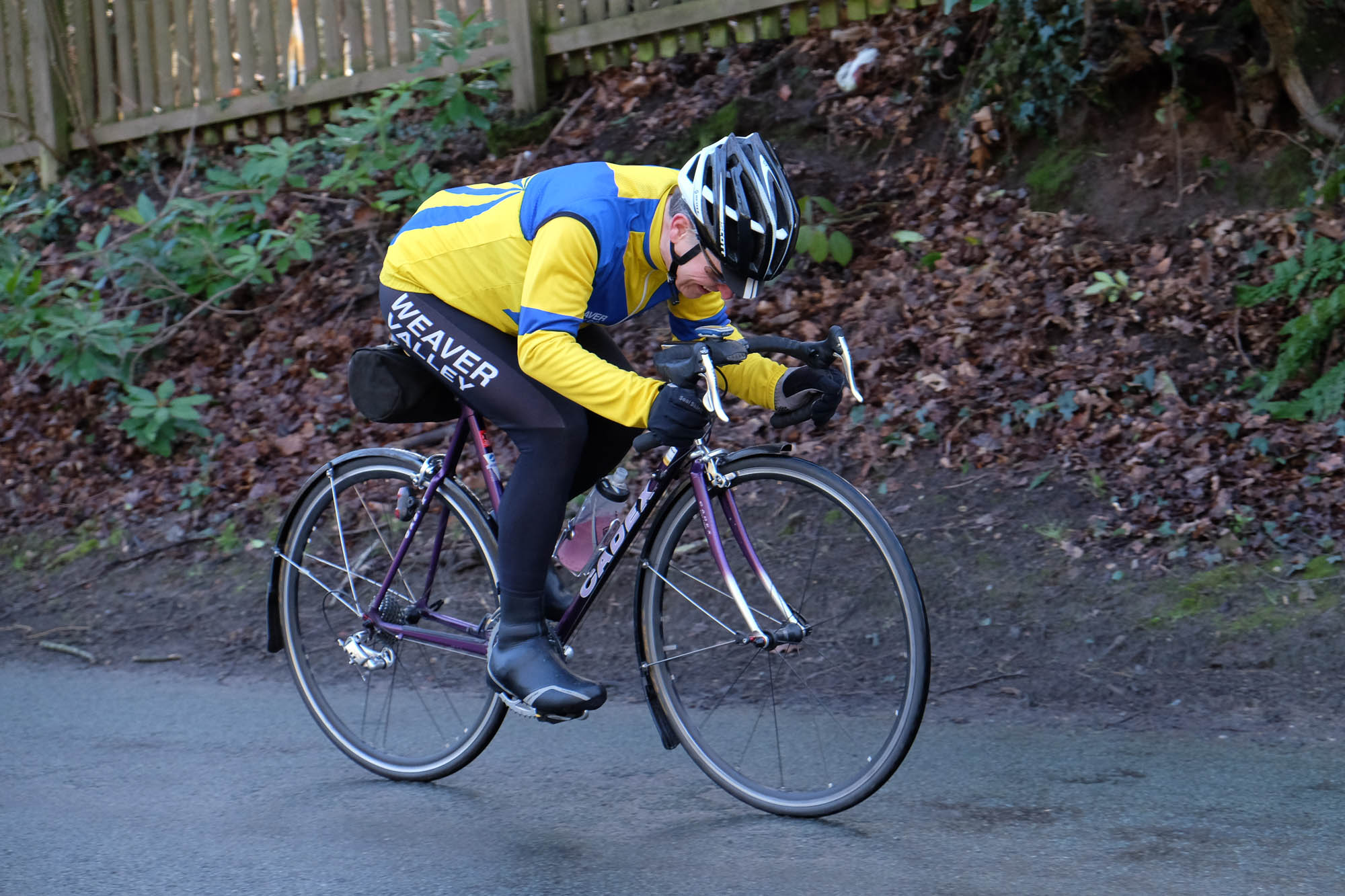 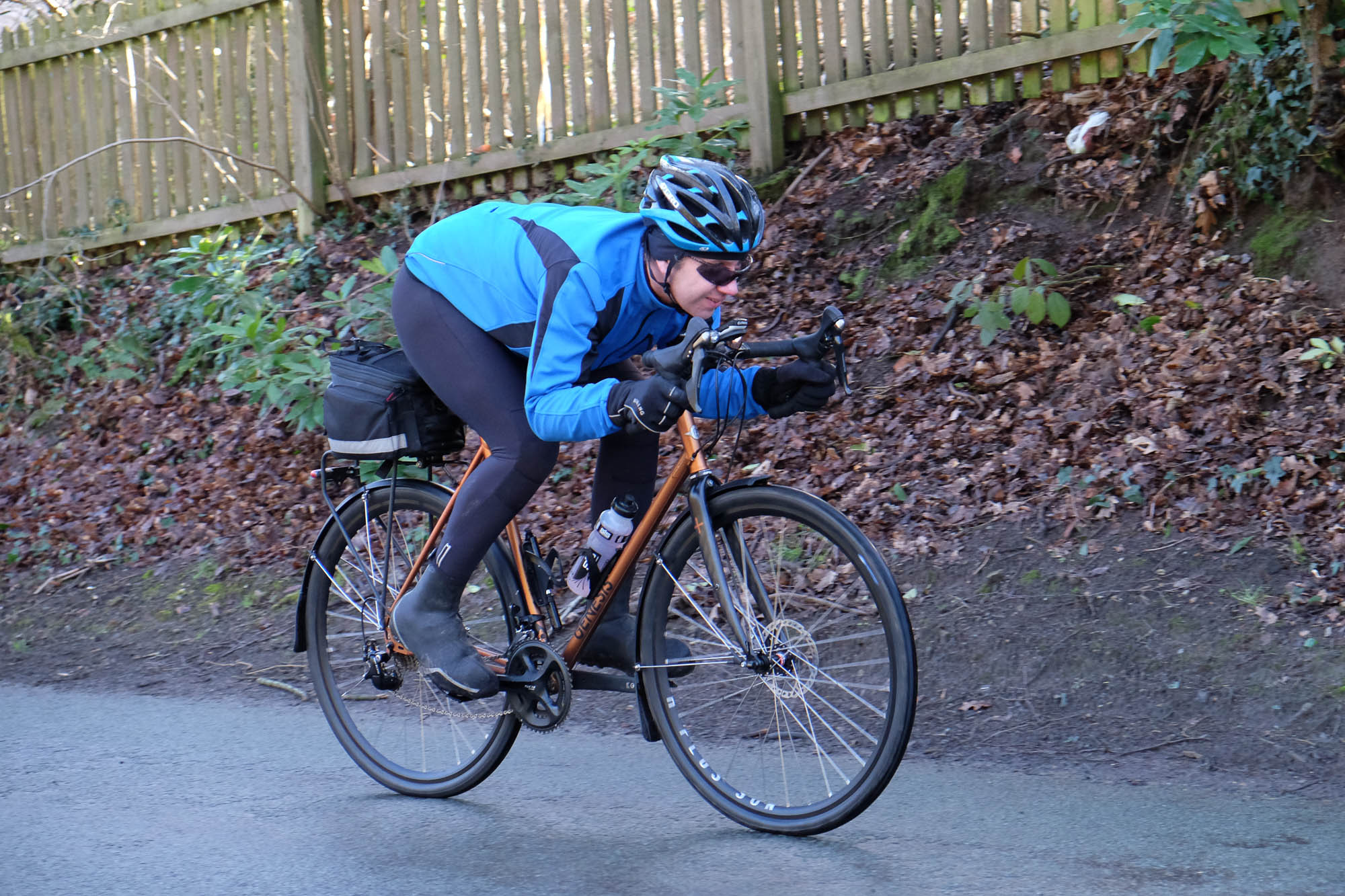 Is this the way to Llanberis? 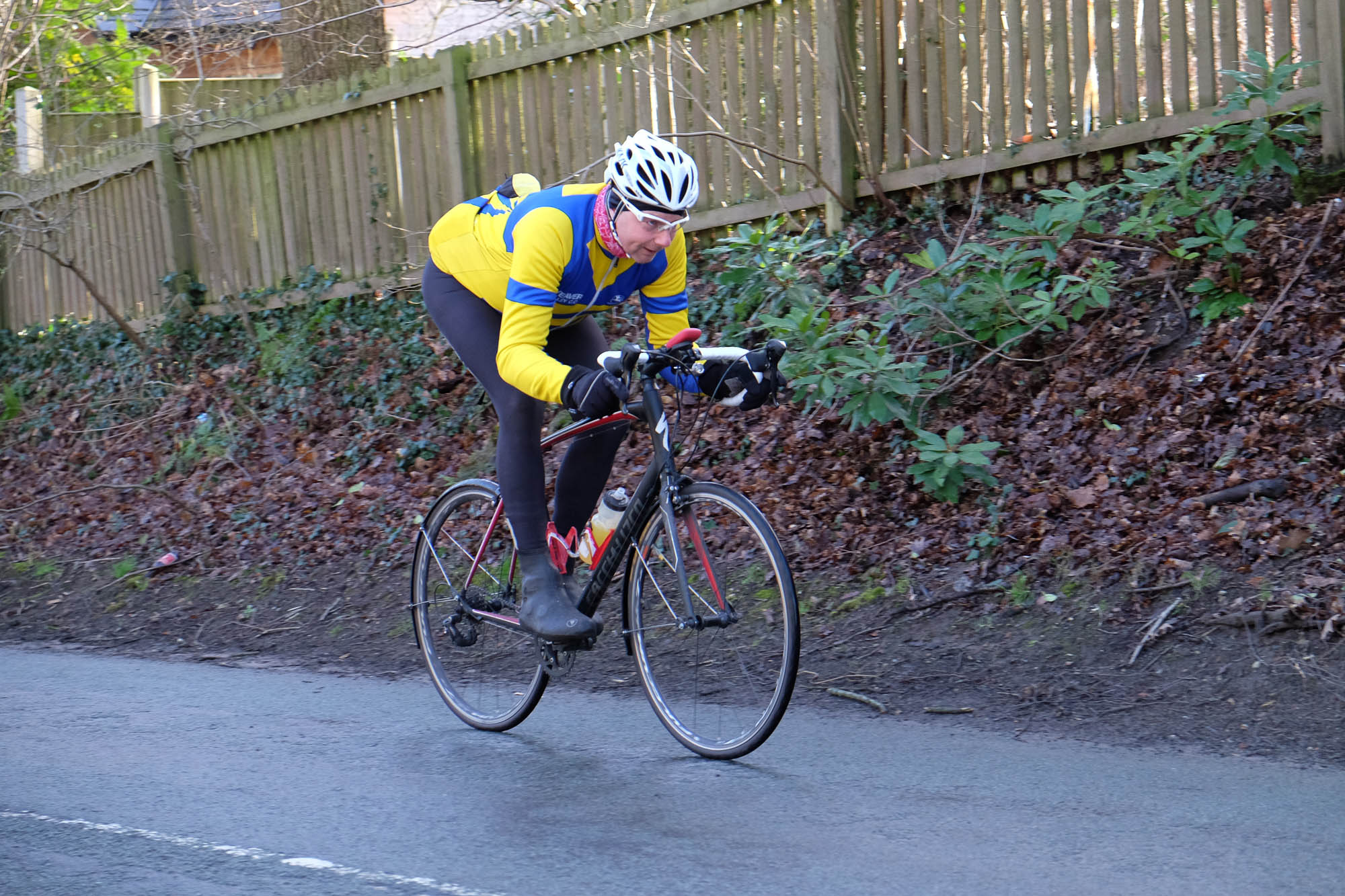 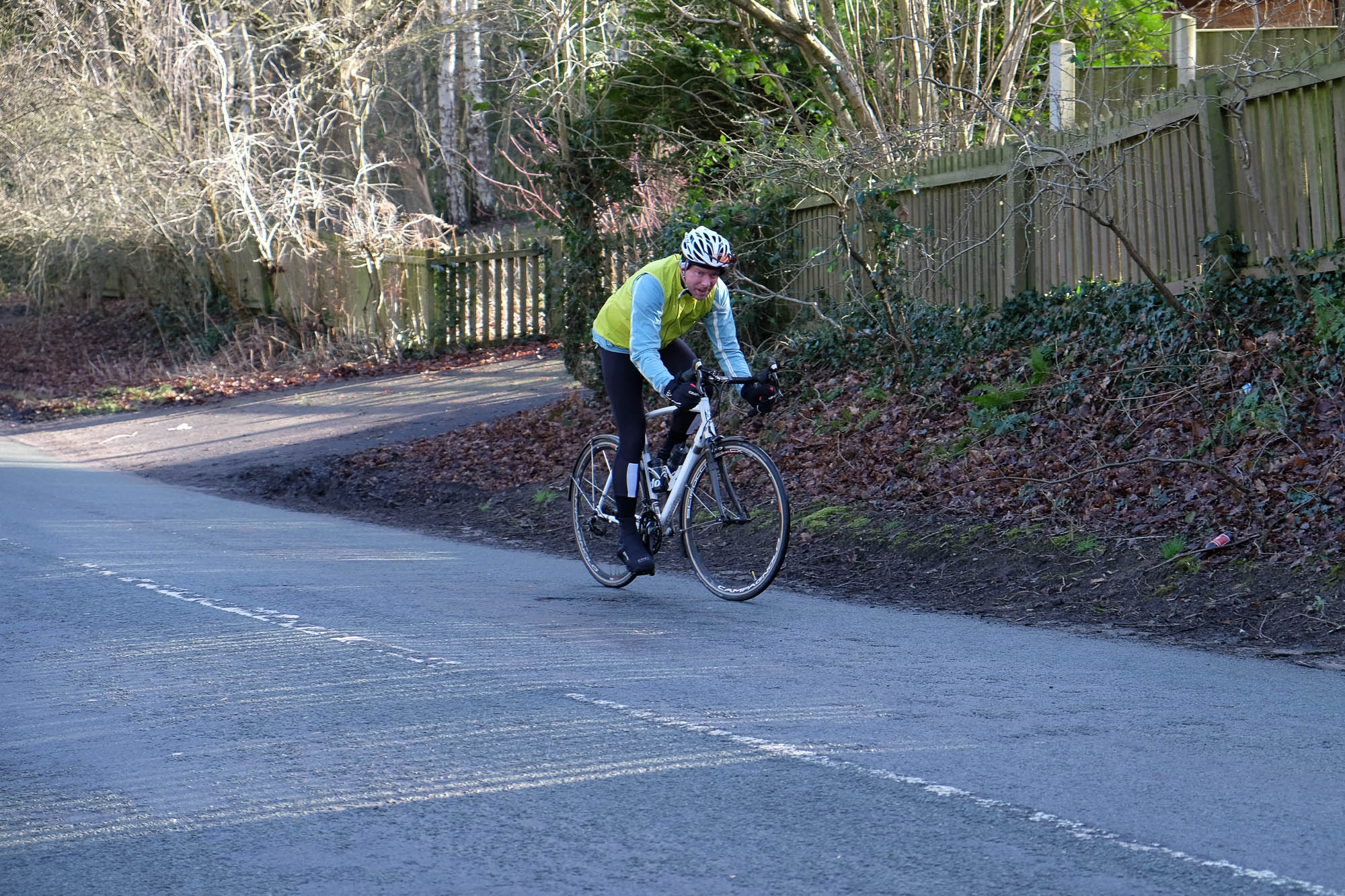 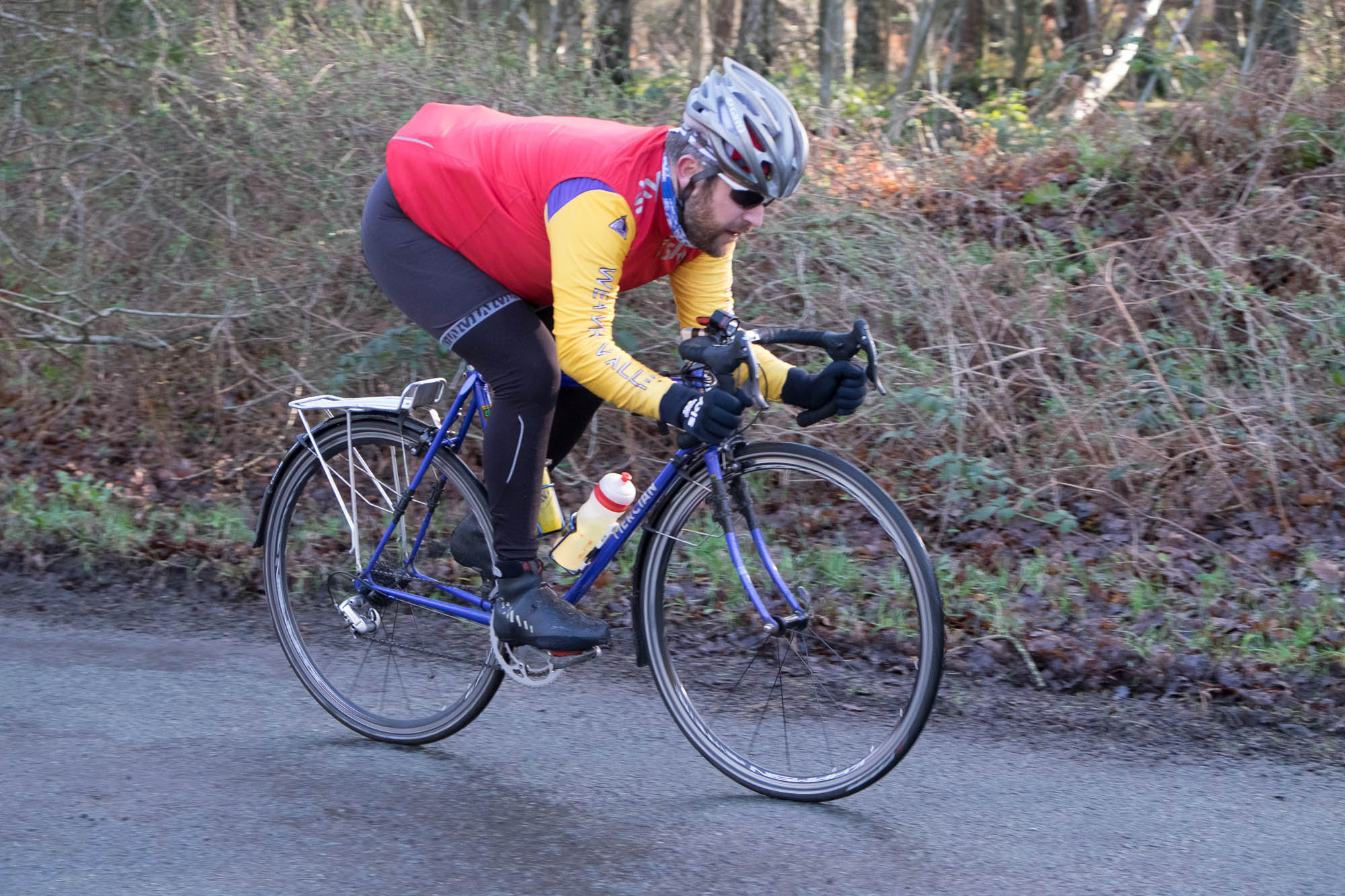 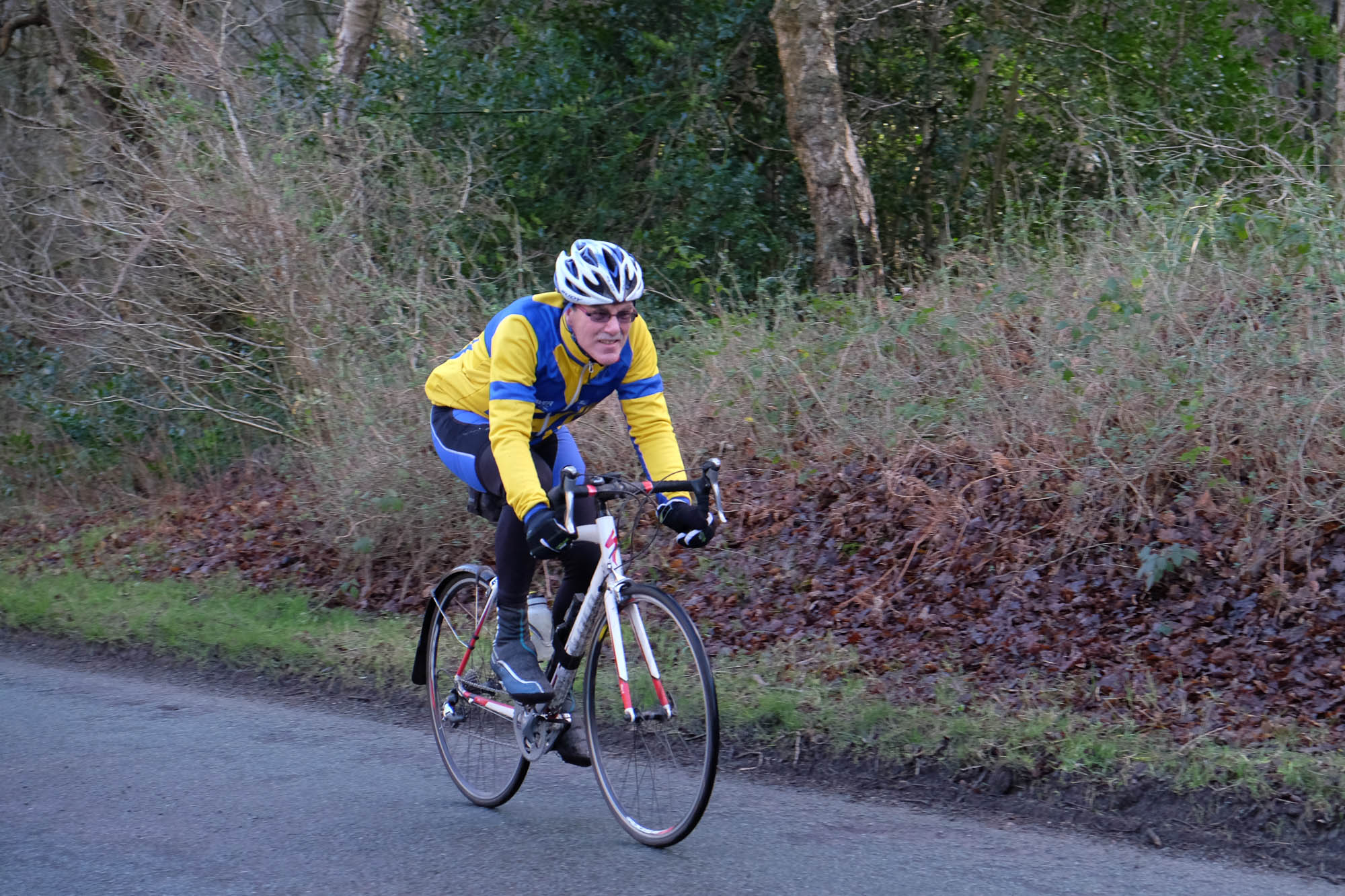 This isn’t a track?! 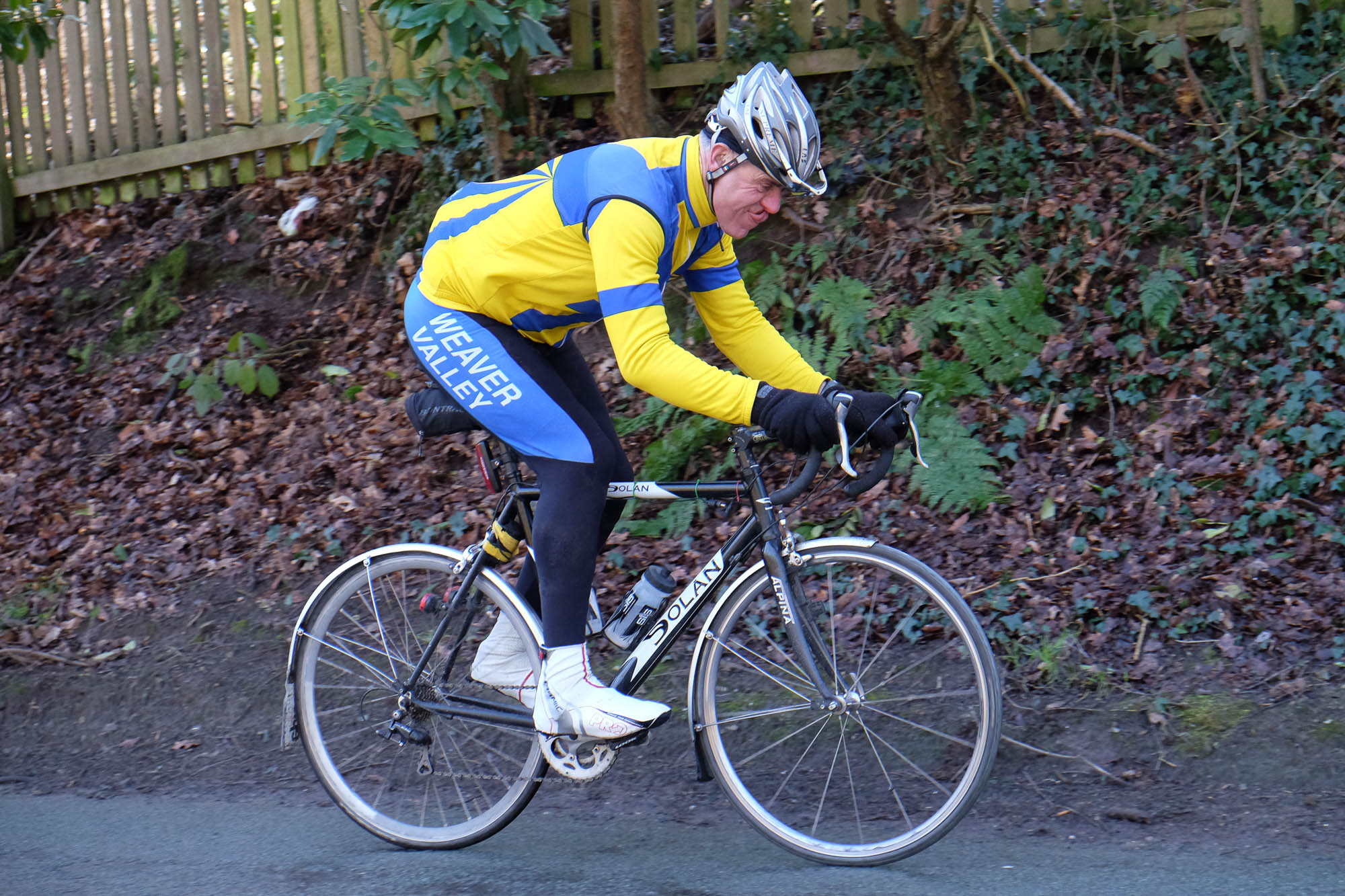 Is this the way to the gurning competition? 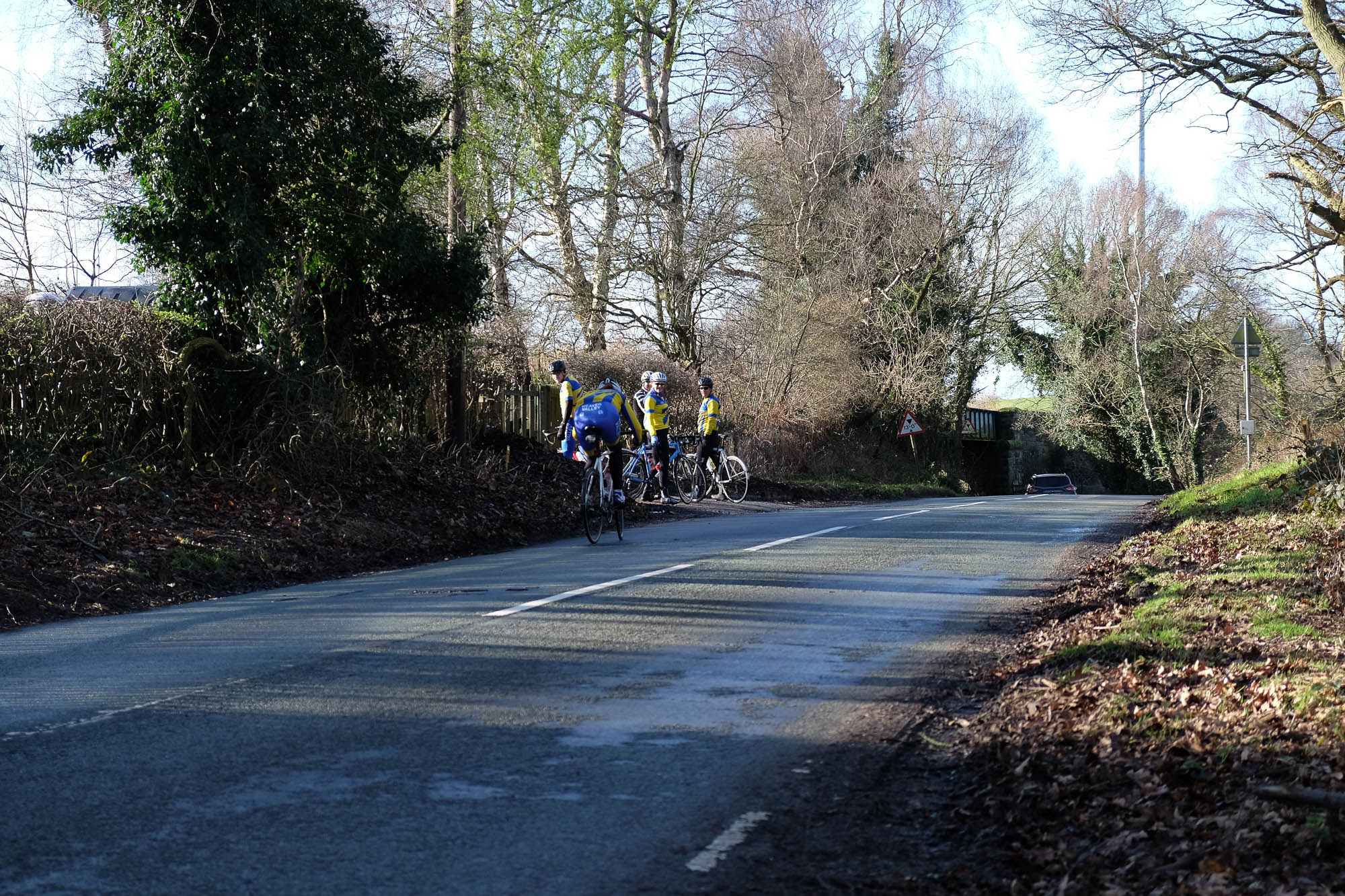 The finish for many, but not the victors, who are so far ahead I can’t be bothered to walk that far..