Not nearly as eventful as the long run you might say, but a massive group turned out after the club dinner. Jules claiming that he was getting ‘panic miles’ in for Llanberis. The rest of us just wondering why we were out in the drizzle, and Giles wondering when the long run was going to leave (half an hour earlier as it turned out, and as Woody had announced just the night before!). Jon Conboy even brought out ‘Evil’ (the non Dave Hinde Signature Edition).

We meandered out through the lanes Waverton way. Dave F. shot off to do another 290 miles, whilst the rest of us enjoyed a pleasant ride to Holt. As we were a large group, it was decided that a smaller group would stop at Hildergaard’s, whilst the larger group would head off a mile up the road to the usual haunt of the garden centre.

It was here that we set about ordering our beans on toast etc, and where Al anounced that he was quite upset about not getting any cake at the club dinner the night before, and that he was going to make up for it by piggin out on carrot cake.

How much carrot cake I cannot say, but let’s just say that the camera never lies, and the evidence is shown below. Make your own mind up…* 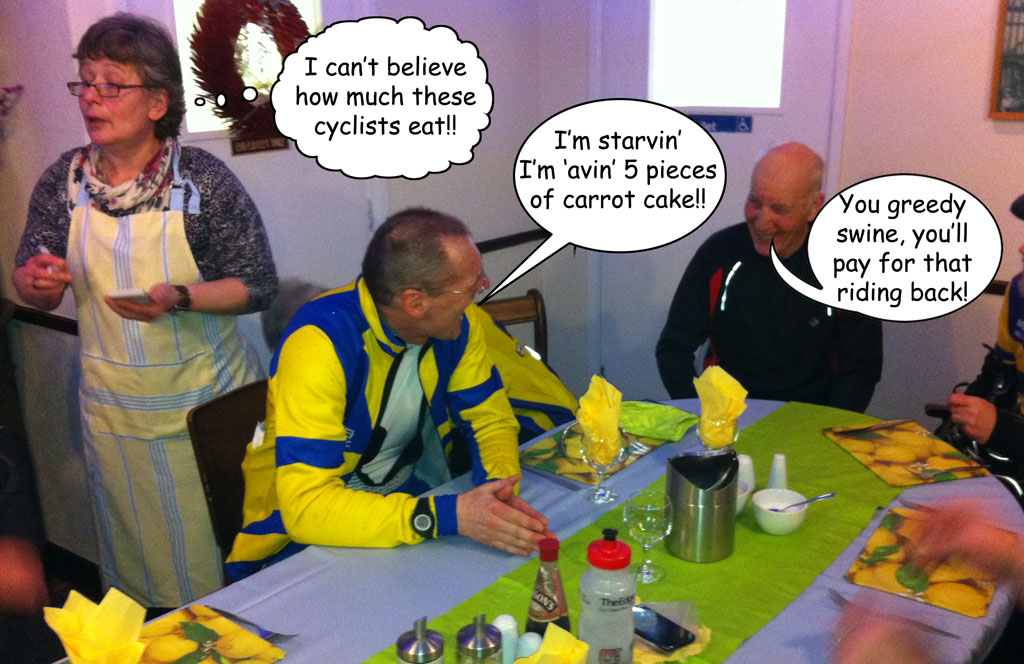 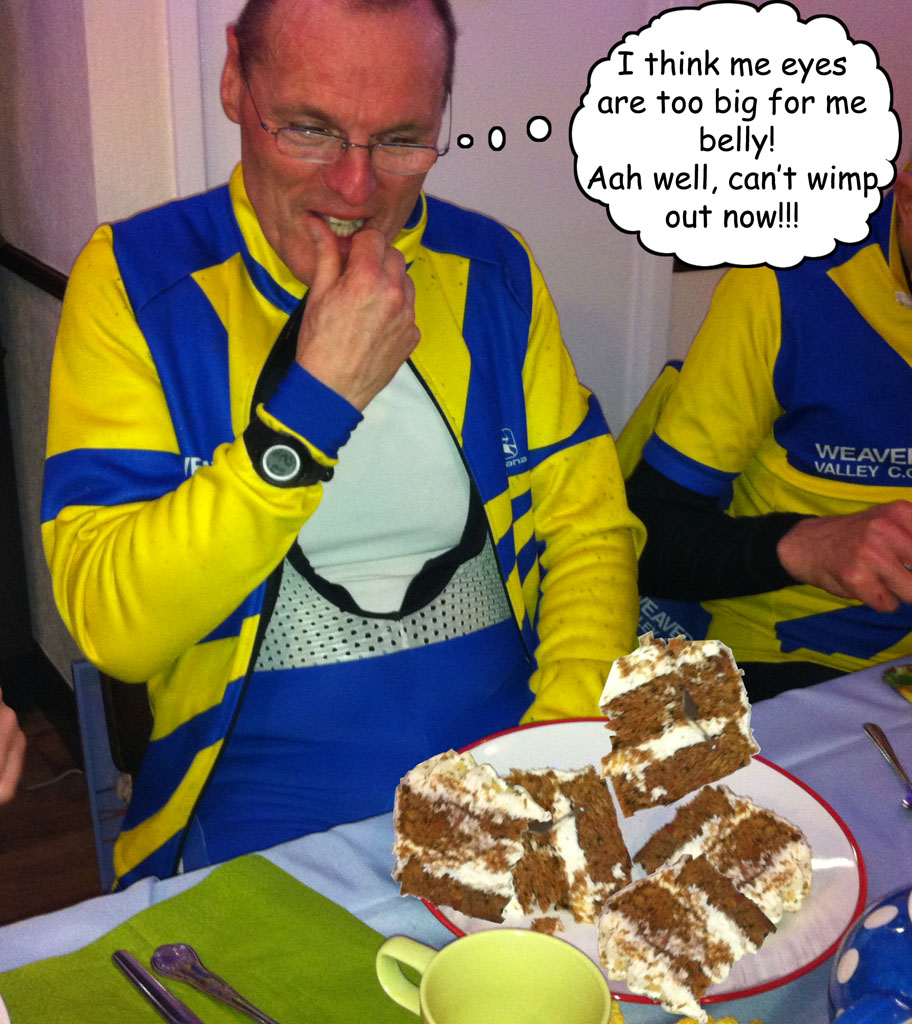 Al begins to regret his decision...

Another great run, and all valuable Llanberis miles…. Cheers Al! 🙂