Today marked the date of our club run which included the Downhill Freewheel attempts from anyone who wished to take part!

We cycled out at a brisk pace, with only the slightest delay due to a large ‘crack’ that most riders thought was someone taking pot shots at us with a gun. Not to be, it was our resident sadist, nay Track Coach, Paul West, who had been testing the resilience of tubs for winter riding. Not as resilient as he had thought, as one exploded unceremoniously just outside Lach Dennis!

After the briefest of pit stops, we tootled out, again at the same brisk pace, to the top of the hill, where we took it in turn to disable our bikes from being pedalled down the hill, by virtue of removing chains, cable tying cranks or toe strap securing them to chain stays, for the duration. 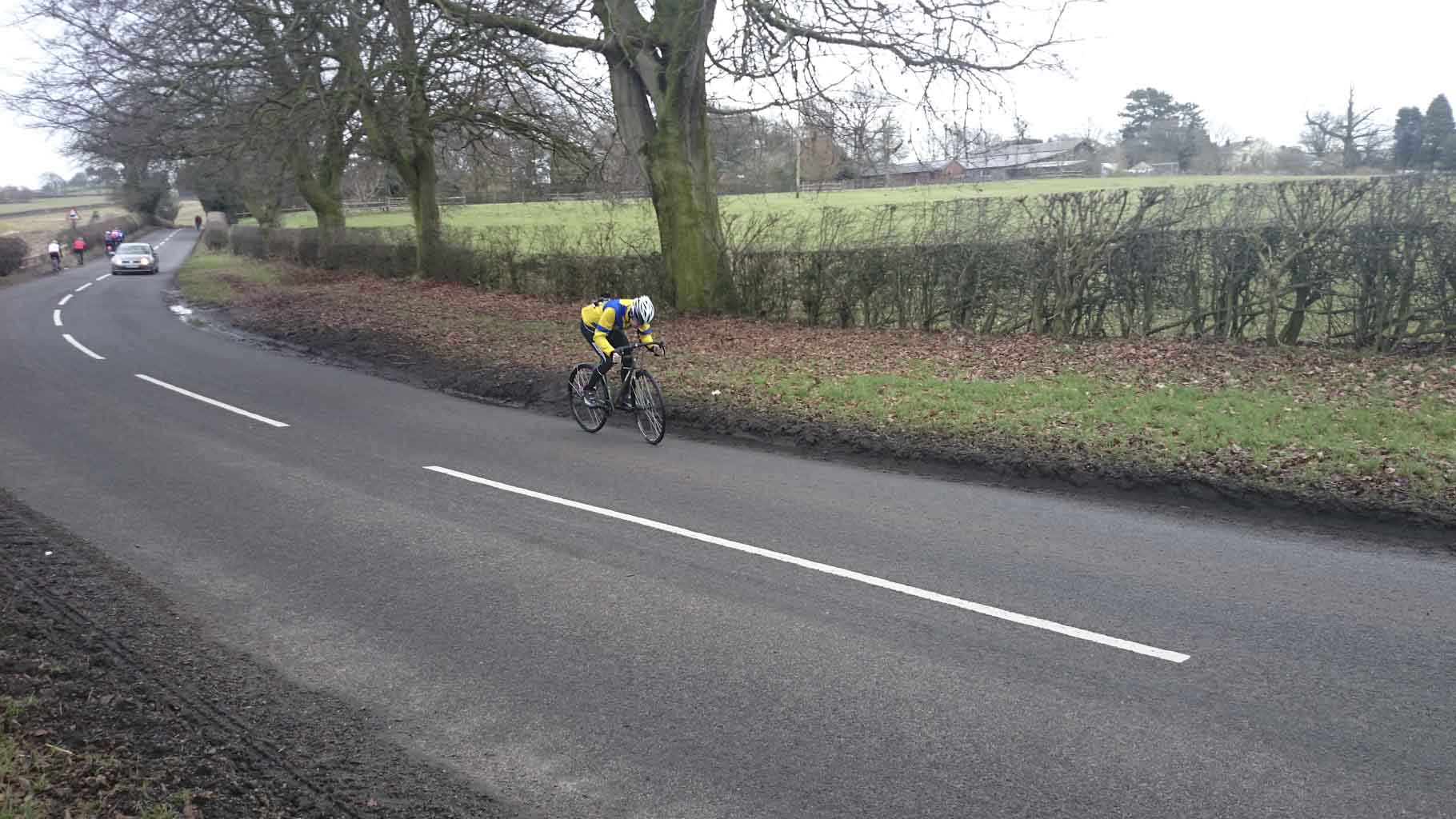 Matthew tries, and fails to squeeze a few more feet out of his efforts

Off first, I was soon beaten as Woody drifted past my resting place. 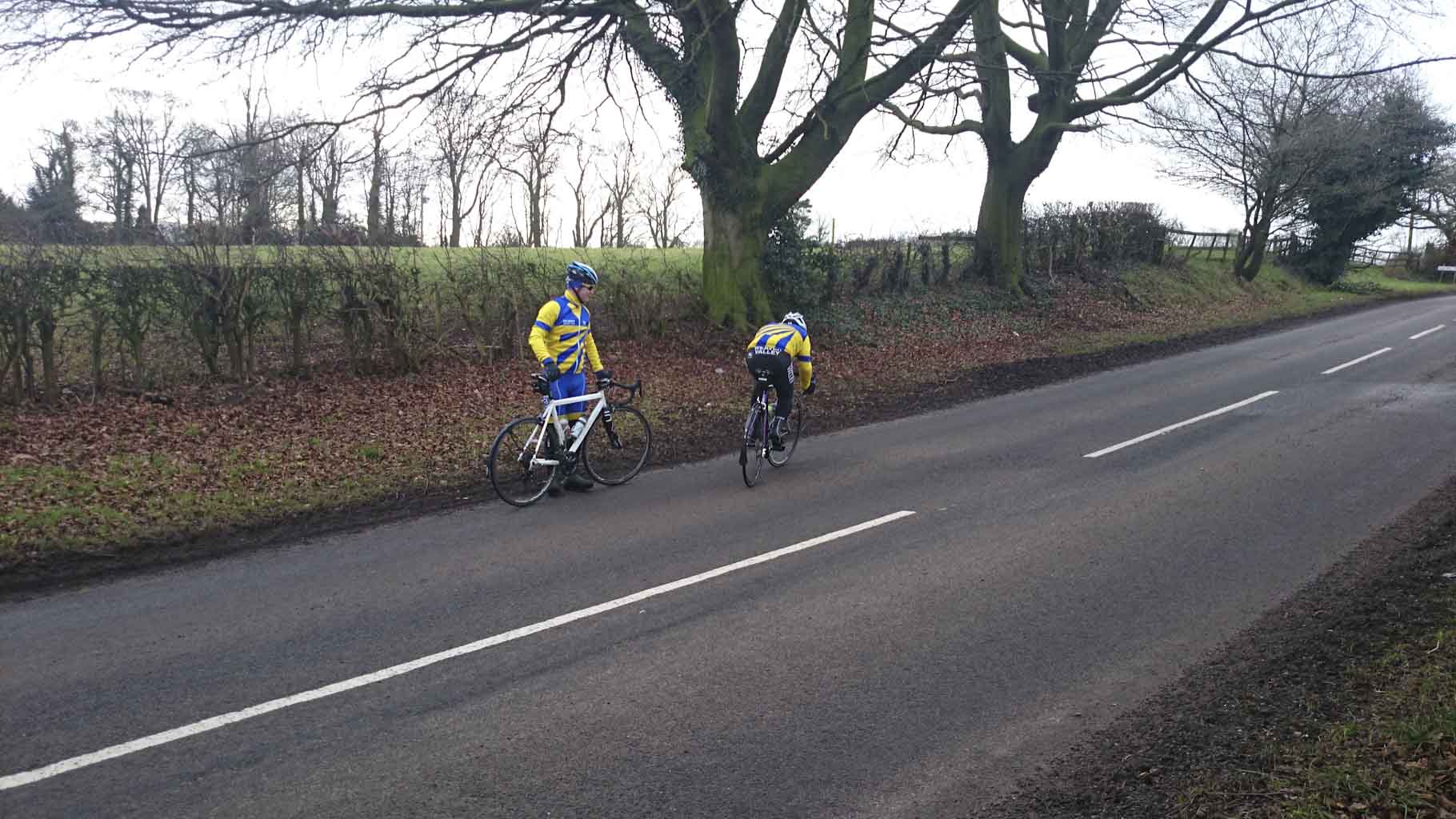 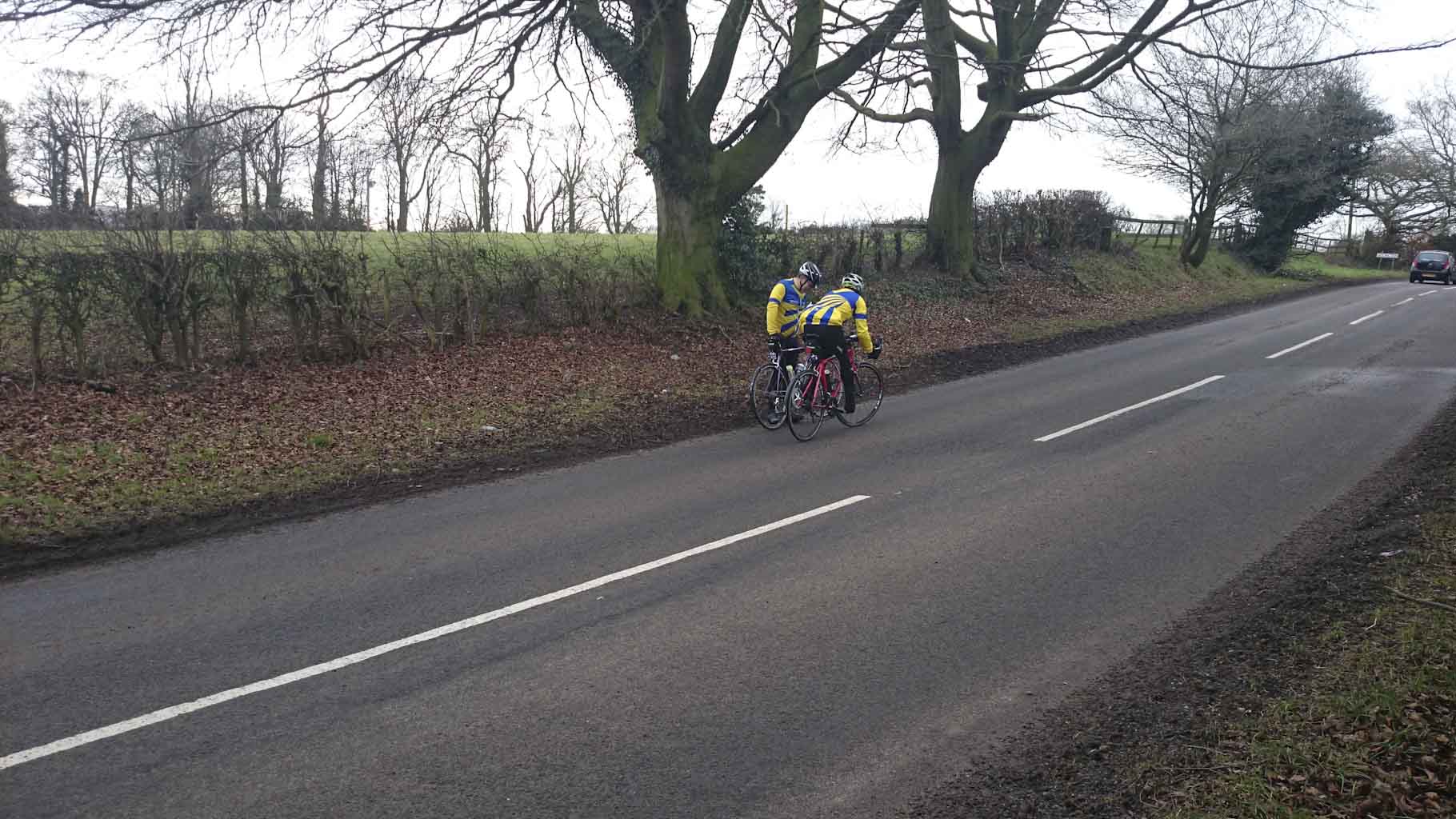 Colin made every effort, but only matched Steve’s progress.

Then, Jamie came along, looking confident (I suspect he might have had a suit of armour on underneath his club kit for extra momentum, but no. 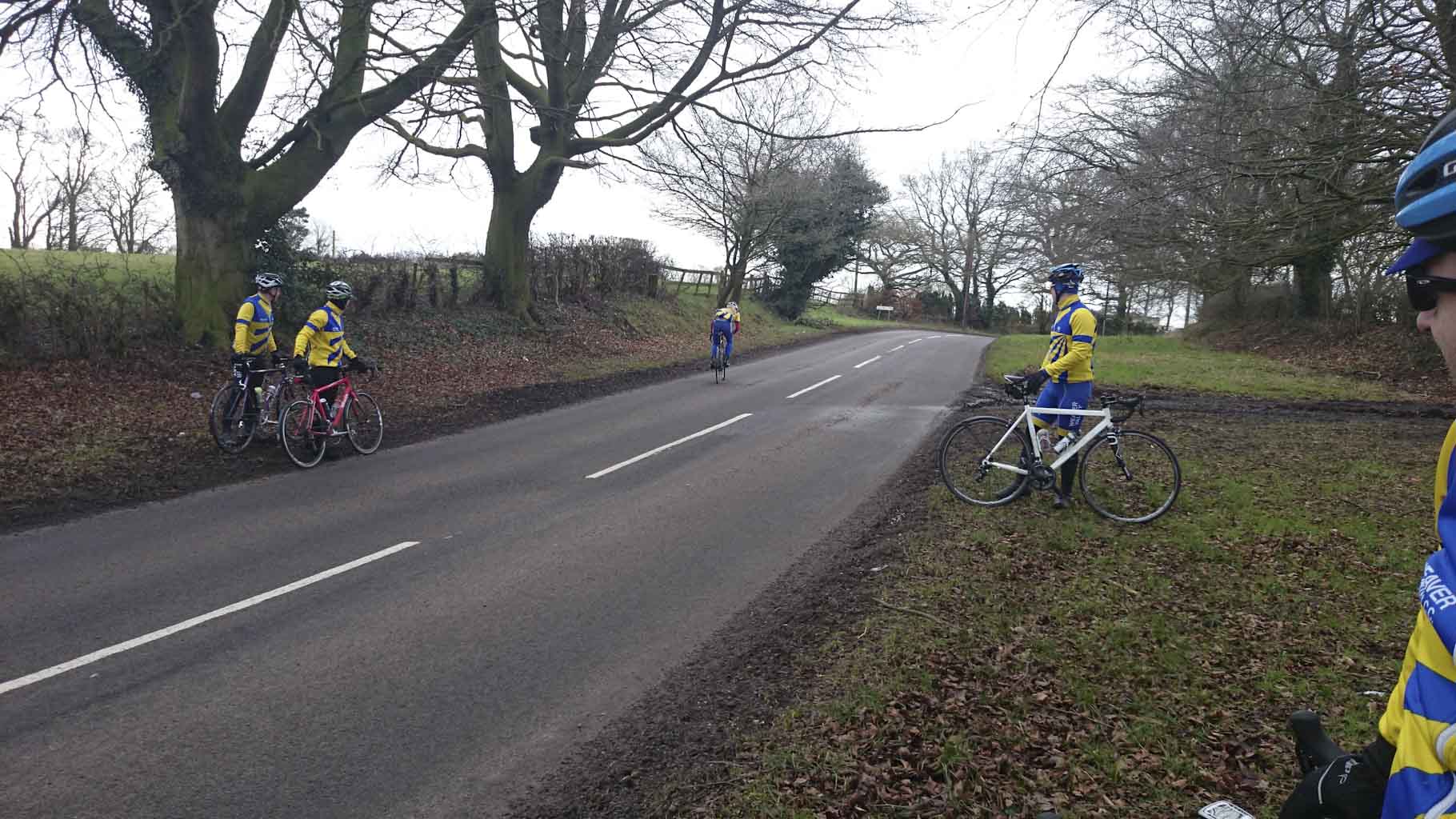 It looked good for Jamie… 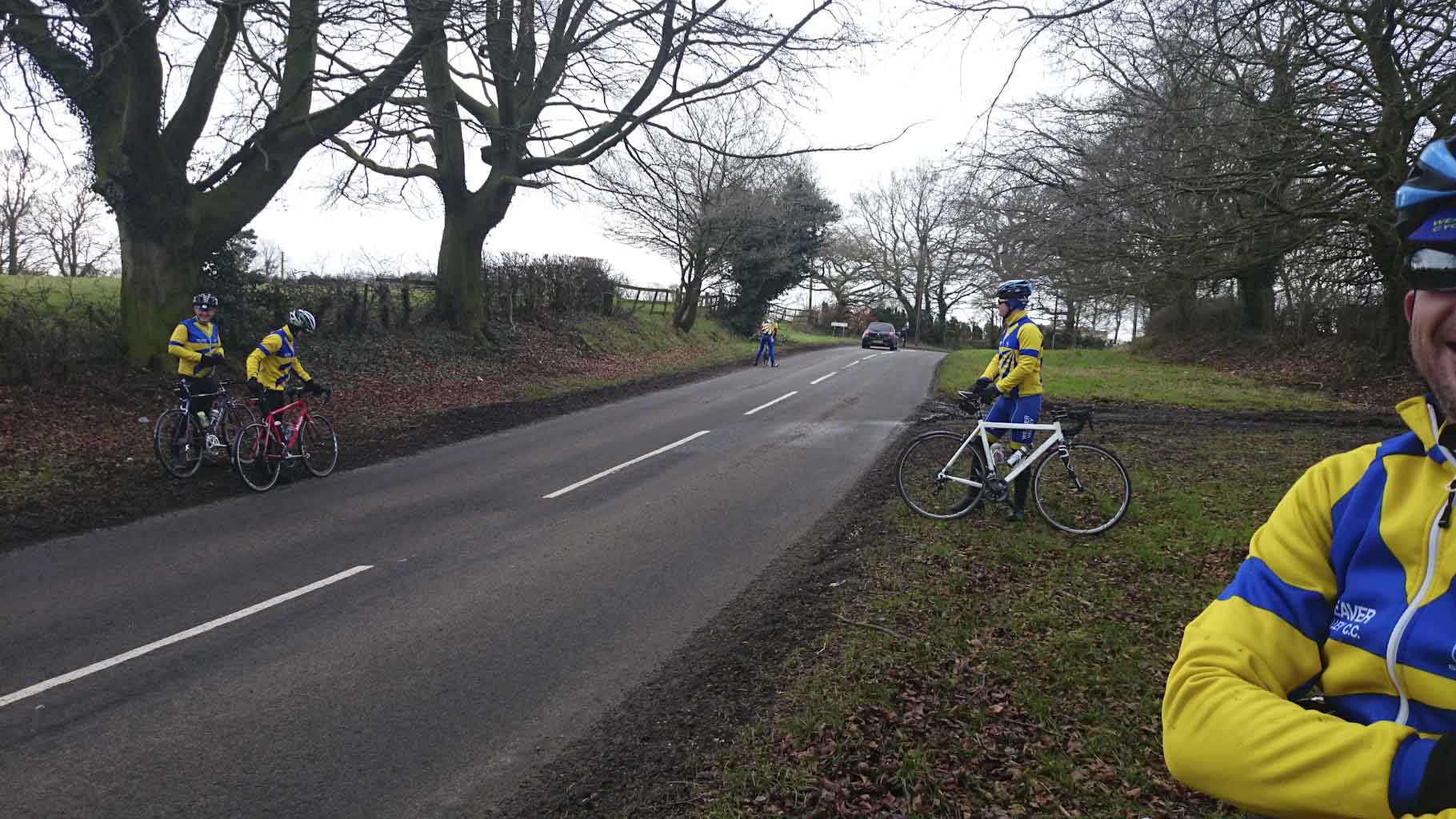 ..and it was good, as he looked as though he might crest the hill past the Siddington sign, but no. Close, but no cigar…

Only one man could now spoil the day for Jamie, as returning champion took to the road with an ‘all or nothing’ approach. This is how it turned out:

..and so, Brave Knight Jamie, vanquished the King of the downhill for 2015, and took the crown!!

Rumour has it, that Jon is already in training for next year…

Fun/Social Events
Club Dinner – 7th February 2015 – Don’t leave it too late!!
WVCC in the running for Decathlon Cycling Club of the Year!