There were a reasonable number at the Legion this morning, even at the early hour of 09:30. The log run was off to Tittesworth via Gun Hill (with a grand total of three setting off including the leader), and the short off to the Mills (as no-one else shouted up an idea!). A third breakaway faction murmured about an undisclosed destination. It was warmer today, and legs were out. Much chatter abounded, and a surprise appearance by Jontie was welcomed, although he almost changed his mind after seeing my legs, as he was repulsed by their ungainly hirsute appearance.

We set off and meandered up through Kingsley, then dropped down to Frodsham, and cut across to the main road, turn off along Tarvin Road towards Alvanley, and then peeled off again to pedal up the hill on Ridgeway (to warm the legs up). Then we turned into Commonside to climb again to join New Pale Road, then down to Dark Lane, and then back onto the more familiar roads through Ashton Hayes (a couple more of our number had peeled off to do their own thing), and onto Gongar Lane/Nortons Lane/Morley Lane to the main road. Then onto the Greenway, where the pace picked up nicely (nicely: definition – no-one shouted half-a-rev) to work up an appetite for beans on toast.

As we neared the Mills, our Audax afficianado though that we had started the sprint for the cafe in Chester (due to the pace), and wasn’t having any of it, so took off just after the turning into the main road. I followed, but had close company both from John C and Jontie. Derek peeled off and I accelerated. Clearly, 30 miles on the front, and the aero drag from my hairy legs did me no favours, and John C came past me at a pace, followed by Jontie.

The Mills was quiet (Mother’s day and people forgetting that the clocks went foward?), so we put the orders in, and then Tony B chose (rather foolishly) to question the size of Anne’s cups – oo-err that didn’t sound right did it? Anne’s brew mugs. This nearly got us on the fridge of shame. Jontie went and sat on his own in the corner, and then later decided that he wouldn’t be anti-social and came to join us.

Coming back was fairly quick too. Three of our number decided that they were off an a tour of the Wirral by themselves, and Audax Derek, so disgusted by not getting at least 100k before the cafe, decided on a route via Holt/Dodleston on his ownsome.

The rest of us shot back via the usual route, and Elaine decided that she would light it up through the forest. Steve, having lost the sprint the week before, took the win this week.

A fine spring day out on the bike, and a pleasure to lead the group, who all rode in as slick a  fashion as I’ve witnessed. I came back with 81.12 miles on the clock, making the Legion-Legion distance around the 60 mile mark. 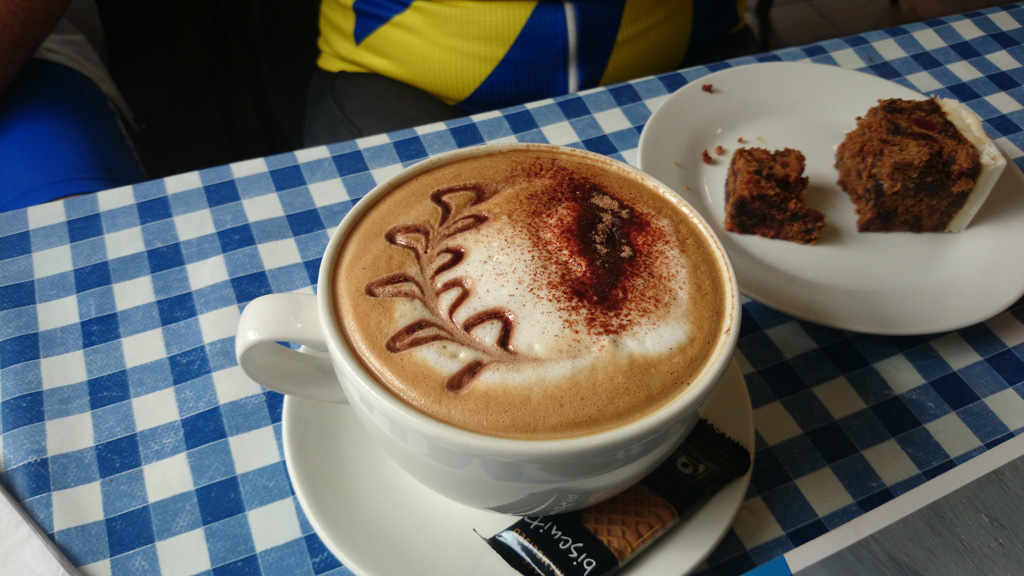 Now that's a posh coffee. One of Holly's new creations! 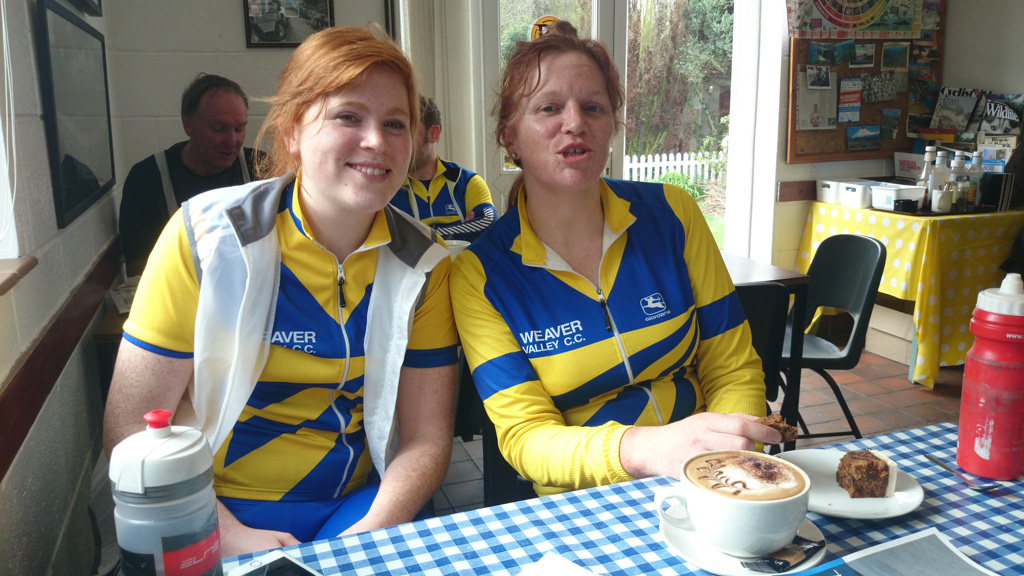 The two Es discuss, along the same lines as whether a falling tree makes a sound when no-one is there to hear it, whether cake actually exists if Al is not there to eat it? 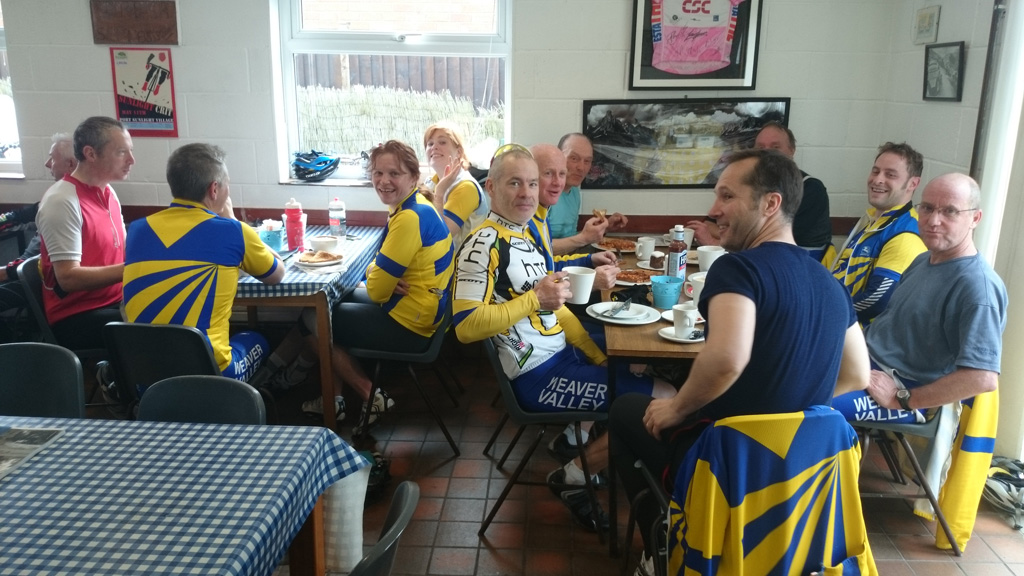 The Peloton at rest. Derek's not happy. Many are just bemused. Tony proudly grabs his mug. Jontie can't bear to look directly at me due to my furry lower legs. Don't worry Jon, I've just ordered some Veet for Men.