We were no fools today, taking a nice route out through Goostrey and through the lanes to Wheelock. Expertly led by Woody, who we think was still hankering to chase up to Mow Cop (even after last week) by pulling in some of the Cheshire Cats earlier lanes.

One of those fine days where you are glad to get out in the morning and pedal, no matter where the run takes you. 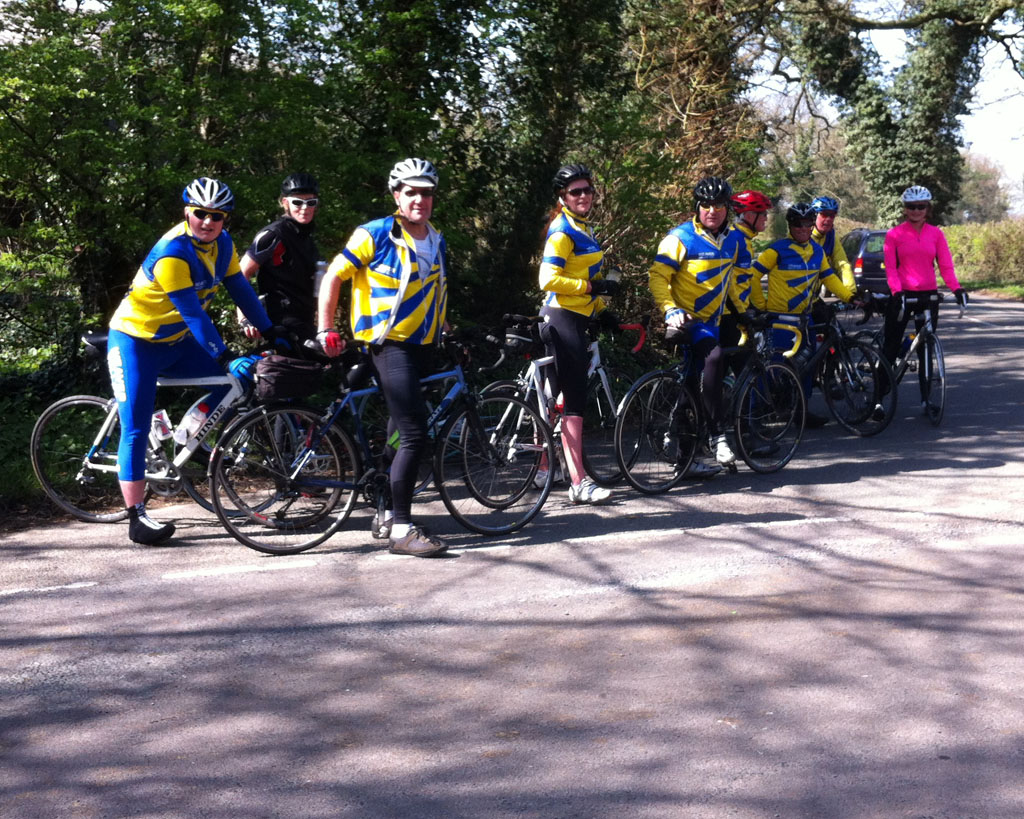 The happy bunch on the way home...

Fed at Wheelock, (with some obscenely large chunks of carrot cake in evidence  – Elaine was insistent that she had the largest slice!), we again hit the lanes (again, Woody wanted to skirt the edge of Mow Cop I think) for a reasonable pace back, just feeling the light head wind.
In attendance today, were Ady, Derek, Woody, Jed ( Jed 2 – fresh from holidaying), Dave, Garry, Charlotte (taking a well earned break from Uni), Jack, Phil, and new-club-runner Nikki, who was enjoying her version of hill-climbing gears (a 23 sprocket on the rear for an extra challenge!).
We completed a 51.31 mile route from legion-legion, follow the link below to the map.
The map.
Road Runs
WVCC Time Trial Club Events for 2012
Long run to Prees