A blustery day today out on the bike, and it very much felt like autumn was here.

Mutterings of Llanberis have already started, and outside the club house we chatted on this subject before being called to order by Leader Al, who despatched the long run off on their merry way to The Mills. We couldn’t help noticing the fine black device mounted to the top tube of Alan’s frameset though. Alan introduced us to a pierce of aluminium engineering that he had purchased as his new defacto pump. He couldn’t wait to use it.

We were headed for Chester, and off we rode through Weaverham. As we got to Norley Lane Al started to look a bit twitchy. Desperate to use his new accessory. So desperate was he that he even faked a puncture, but was soon found out.

As we made our way through the forest, somehow, unnoticed by anyone, Al must have sabotaged Rich’s tyre with a nasty thorn. We stopped after the forest and Al lept into action. Not only did he have his pump (seen below as Rich tried to obscure the magnificent tool with his wheel), but he also had tweezers to take out the offending sharp. 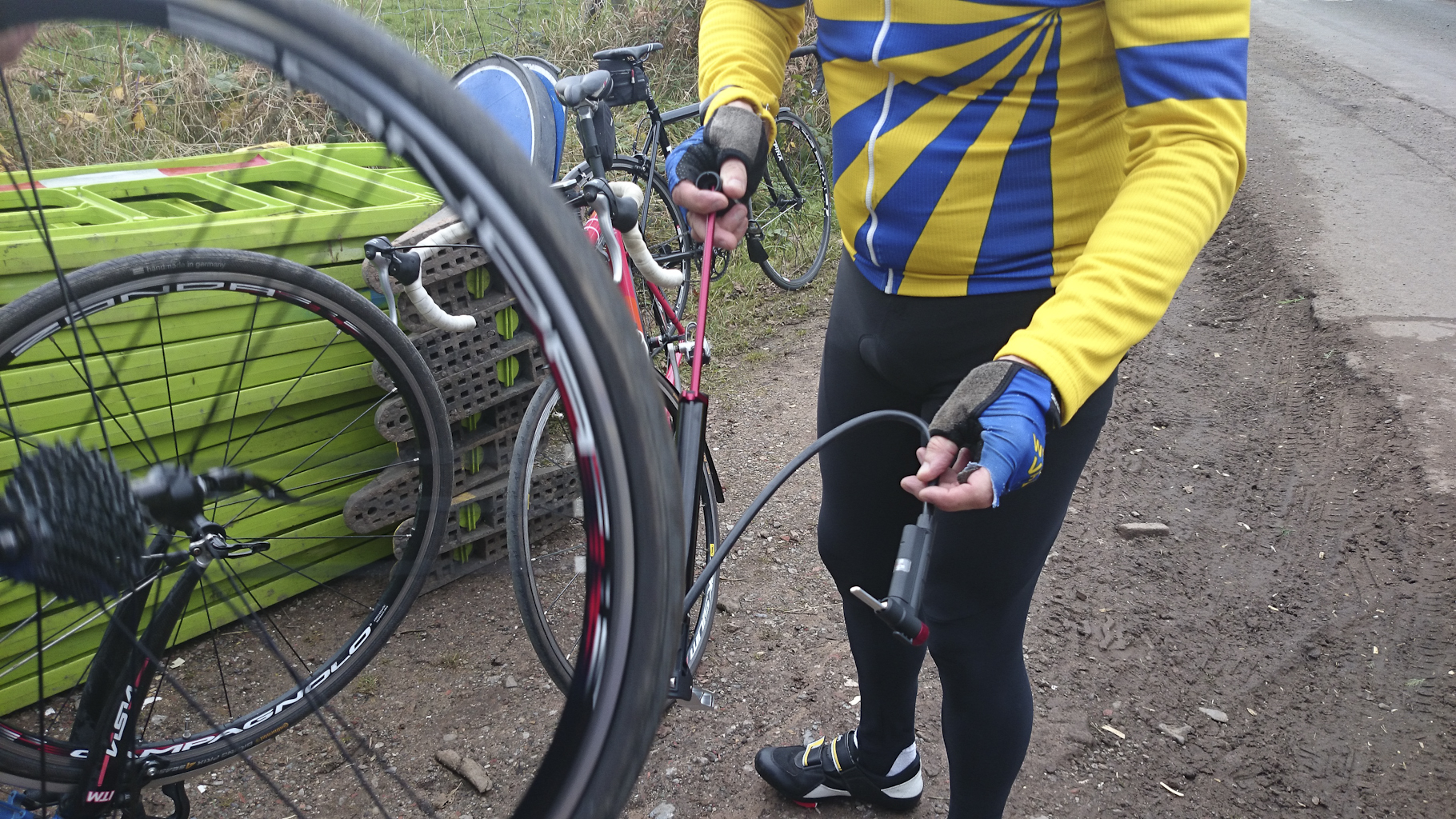 Truly magnificent, honed and engineered from a 1 ton block of aluminium.

New tyre on, Rich thrust the wheel in front of the excited runs leader, who got to work immediately. The evidence is below.

Repair completed, and we were back on into the wind through Ashton Heys, Mickle Trafford and onto the Greenway. We ploughed on and over the bridge, then back down to the River Dee, where we were delighted to be met by a cross-tail wind. After a few miles heading back to Chester at about 20 mph we curved round and took advantage of a full tail wind. Not missing a trick, Graham took a turn on the front, and him and Rich battered it (and us) along towards the city.

Arriving at the cafe, we ordered and sat down. I was pleased with my modest slice of carrot cake for after my beans on toast, but was a little jealous as Elaine had ordered Vicoria Sponge, which was about twice the size of my carrot cake.What happened next, however,  none of us could have predicted.

Our club sadist, track coach Paul, had also ordered a slice of Victoria sponge to go with his scrambled eggs on toast. What arrived was very impressive indeed, and left Al speechless. 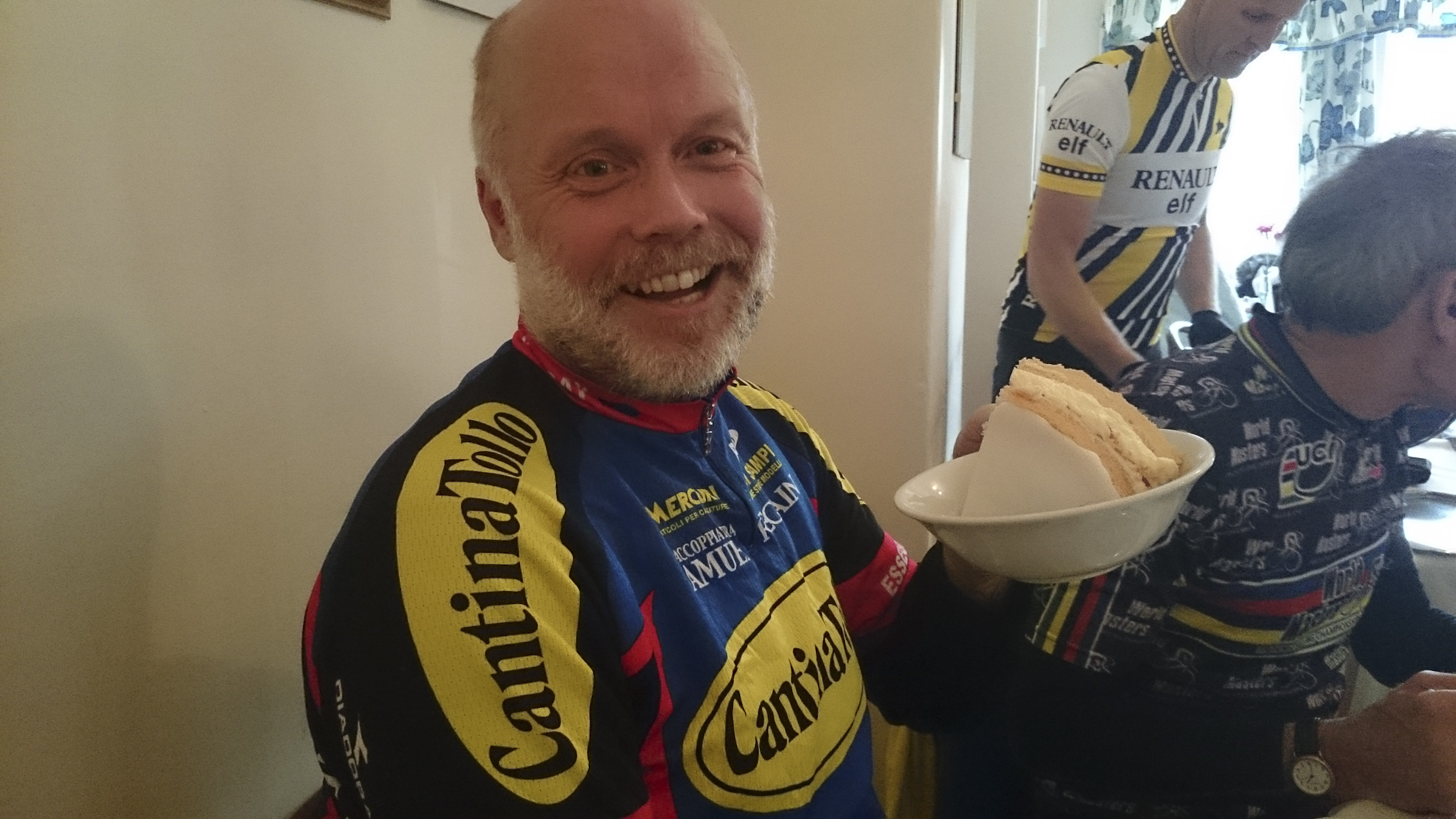 Paul, that is the biggest portion of Victoria Sponge we’ve ever seen, you’ll never be able to eat it…

The cake needed a table of it’s own, and looked as though it would take no prisoners. Paul showed no mercy – as he does at track sessions, and attacked the cake. I sat back, camera in hand, to witness what could be the toppling of Al’s cake eating crown… 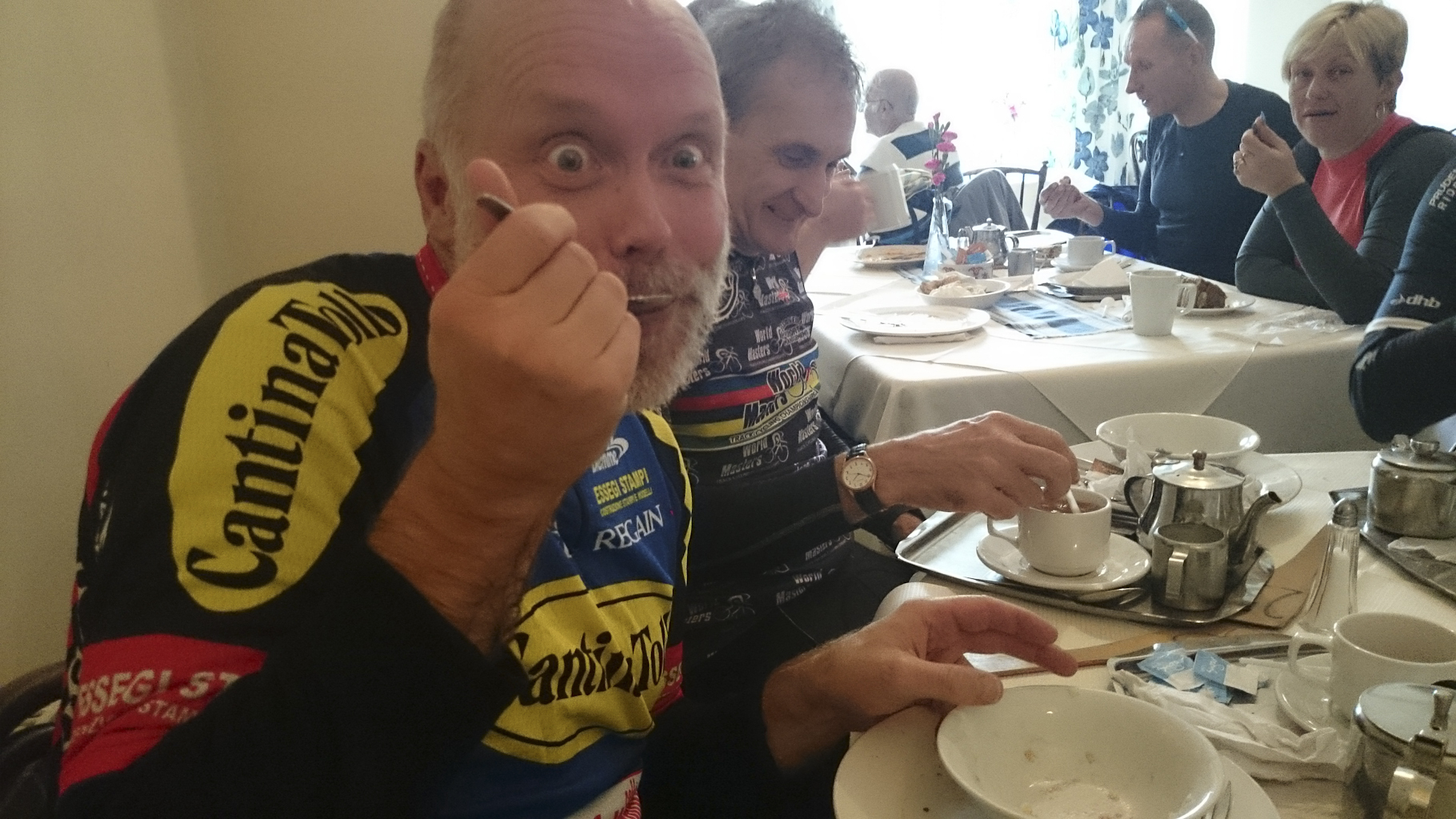 …can it be true? Do we have a new king of cakes?
Paul slaughter’s the Victoria sponge with not a hint of guilt.

Fully fuelled, we headed on a direct rout back through Ashton Heyes and through the forest. Dave decided that he didn’t want to sprint, and just took off to Hatchmere. We met and regrouped there and headed for home.

A fine autumn ride led by Al, who was a bit subdued as we entered Hartford. ‘Are you alright Al?’ I asked with some concern. ‘Are you to hand over your crown, or fight another day…?’ The Cakeinater cast me a determined look. 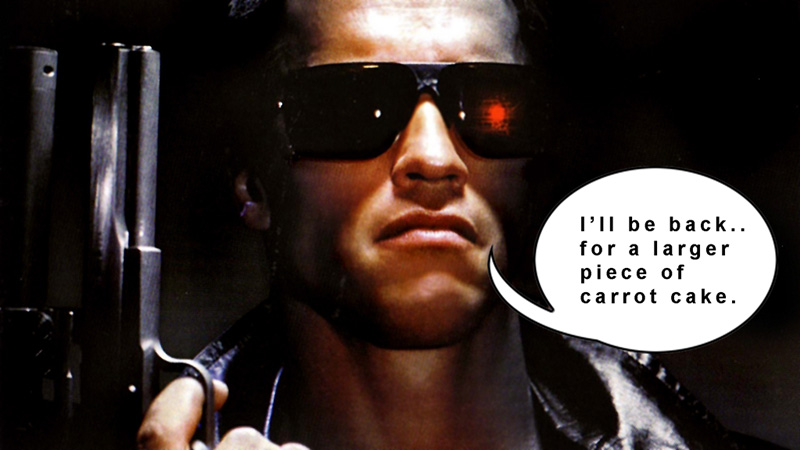 The cakeinater has spoken. We haven’t seen the last of big Al’s baking consumption mastery…