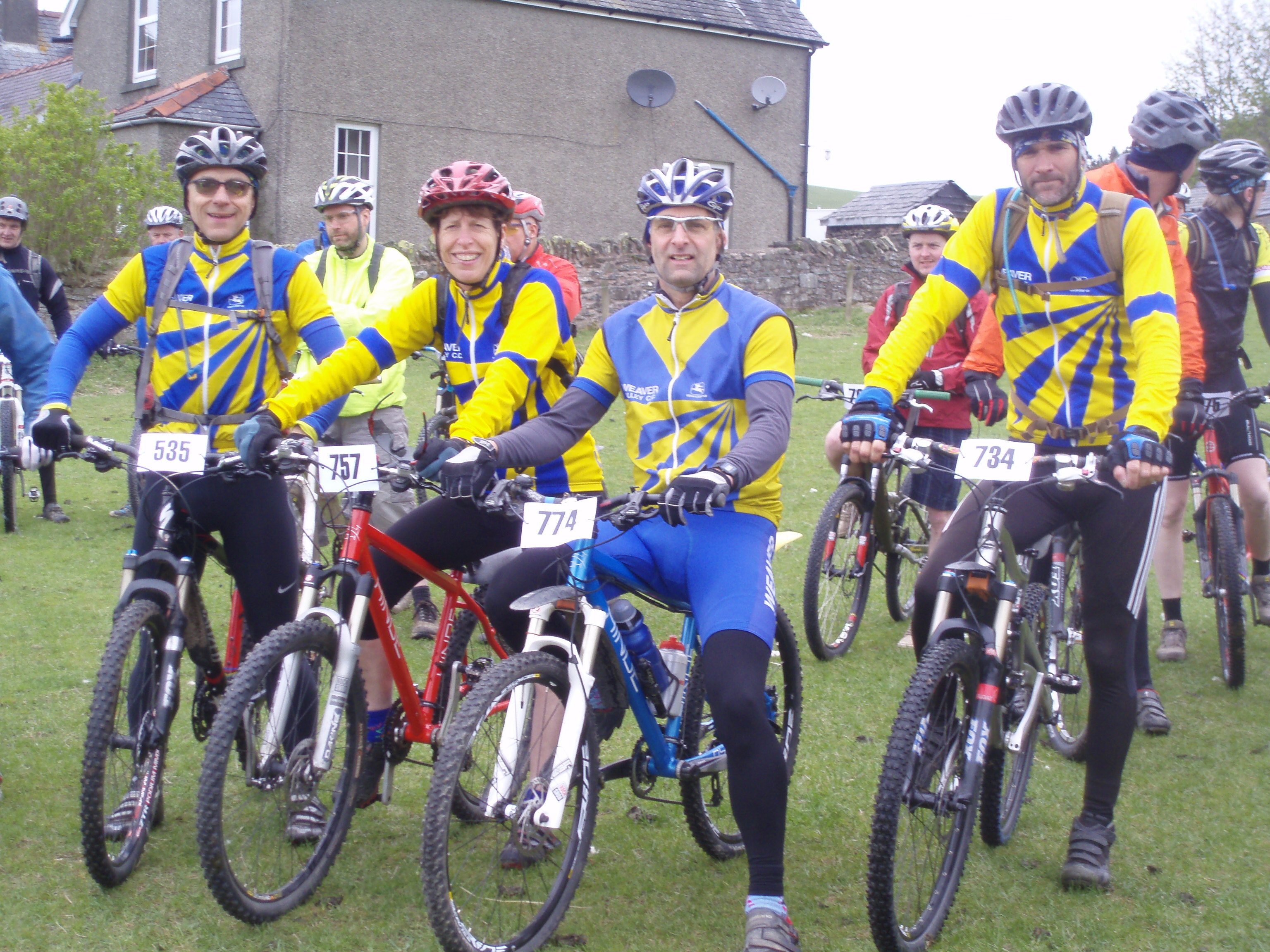 This was the WVCC team for the 20th anniversary of this great fundraising event. The weather was chilly, but much better than forecast and the going firm most of the way round. Despite my decisive attack up the first hill,Tim reeled me in and rode away to be quickest of our team. I had a good gap on Kev, but by around the halfway point he had pulled back all of the deficit then put in a sustained attack to see me off for good.

Some more pictures at  http://www.borderlandbikechallenge.co.uk/gallery.html and thanks to Ann for this one of El, smiling as usual and just warming up for Sunday’s 70 mile club run. 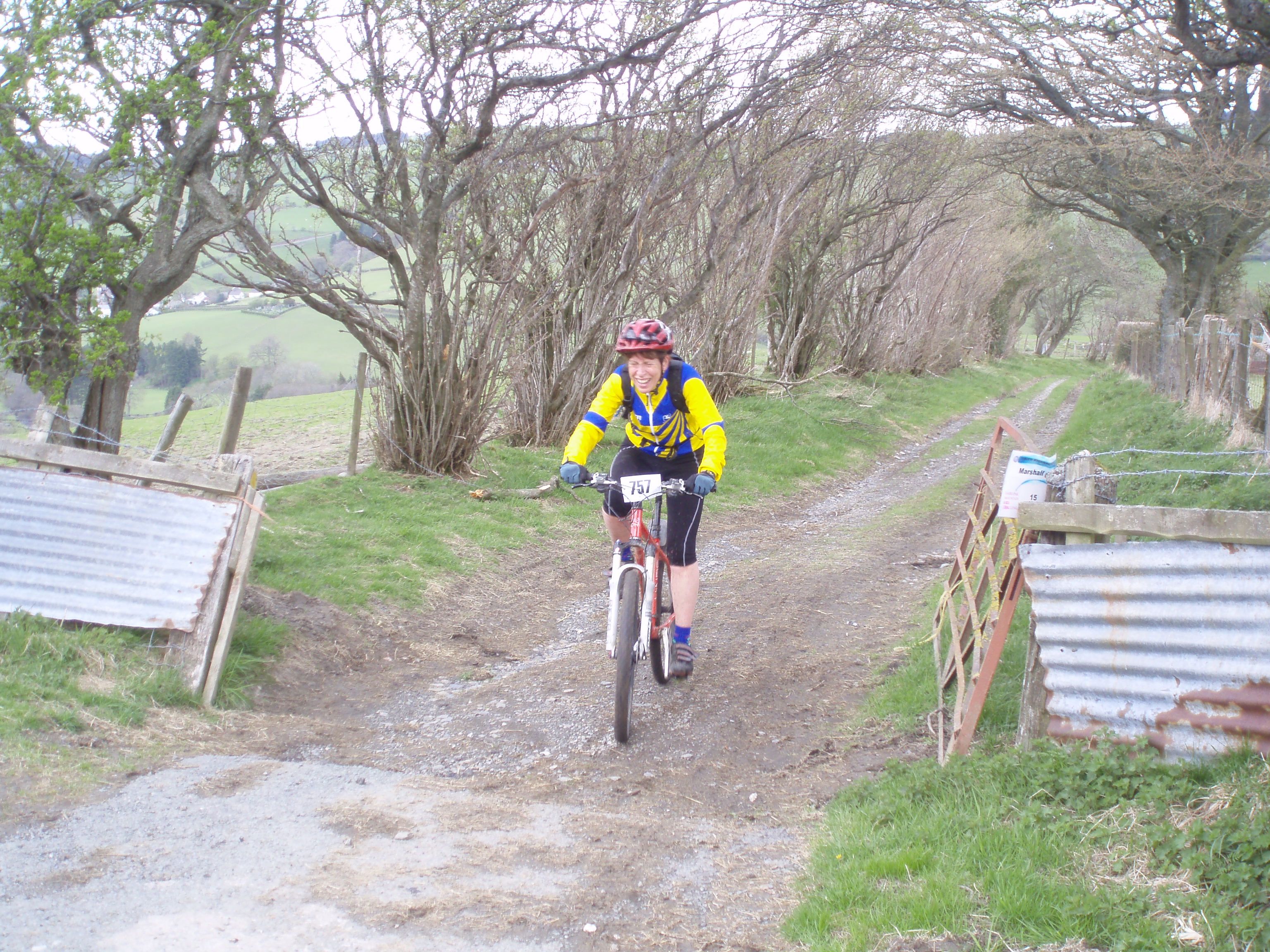