Blaze Farm in the Blazing Sunshine

Posted on behalf of Tony Booth 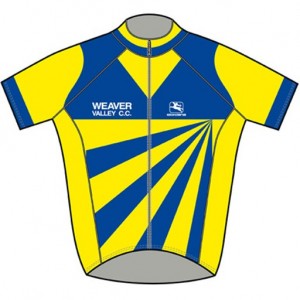 Started out from Northwich lead by Graham with his mate Martin, Steve, Stu, Mat, Dillon, Chris, Ewart, Bruce, and myself Tony. Sorry if I’ve for forgotten anyone!

Well it was truly a ride which was expected to be straight forward to blaze farm and back! but we all know! this is rarely the case on any club ride!

We left Northwich at 9.30am and travelled up through Davenham and onwards to the backend of Woodside golf club where Bruce disappeared off the back! we all stopped and I went back about a half a mile and found Bruce had got a puncture! after 10 minutes we got moving again and we were soon into Macclesfield forest doing the usual hills, by this time Graham and his friend had let us go off the front near Siddington.

After 10 years of being in the Weaver Valley I can finally say I’ve beaten Dillon on a Hill! Yippee! LOL but I can safely say to me he has always been a great talent and am sure he will be kicking bottoms again pretty soon!

Anyway we finally got to the Blaze farm cafe where food was a plenty!
and a number of photo albums came out on iPhones Courtesy of Ewart
and Dillon enough said a think!

We set off for the Cat and fiddle with Mat taking the lead with his newly waxed legs! this was, with the exception of Graham and his friend still at the cafe who had arrived later! We descended down the Cat and fiddle with good spacings! half way down the Cat a lady (not!) motorbiker with visor up, told us all in the softest of tones! to get off the F’ING road! and then she smartly rode off into the sunset! we were all slightly bemused! and finally we arrived at the bottom near the station traffic lights minus one! this being Bruce!

After chatting for about 10 minutes amongst ourselves we stated to get a bit concerned! and I said “come on who’s volunteering to go back up the Cat? (with a tongue in my cheek and a smile on my face!) at this point, we all quite knackered! then suddenly we heard ambulance sirens and next an ambulance went straight past us! Bloody hell! all of us fearing the worst!

it seemed to give us all a new impetus and new found energy and to Ewarts credit he darted off first with the rest of us in tow! on the way up we asked a cyclist coming down whether there had been an accident? and he said “yes” which made it the more important to get up the Cat quicker!

eventually I caught Ewart and went straight past him to get half way up the Cat then suddenly! Bruce was coming down the Cat! (it felt like keystone cops time) I said “where have you been mate” He said “another puncture mate” As I was gasping for air! Honestly I didn’t know whether to LAUGH or CRY! anyway we all got down the Cat safely (for the second time! did I say second time? that’s right! ) and through Macclesfield and then turning left at Henbury, where Dillon left us for a drink! “I know I needed one” double vodka!

Within Five mins Bruce had got himself a 3rd puncture! and the usual jokes started to come out like! no lights on bike! No food and I need to get home before 10pm to do some knitting! anyway we all set off again on a fast pace through Siddington, Lach Dennis and safely home.

Bruce your definitely up there with Ronaldo and Harry Kane when it comes to hatricks mate! but it’s times like these which really make you remember club rides! please don’t make it to often though! LOL!