A season of mist and mellow fruitfulness…

We had a good group out today on the short run, which was heading for the Lavender Barn at Dunham Village. We rode along pretty Cheshire lanes, in good formation and at a steady pace. The mist never relented and the road surfaces were wet and greasy, made even trickier by wet leaves on all the corners. Alan led us on an excellent if circuitous route. The ride was without incident, other than when Steve asked me about my job, and I proceeded to tell him…and mid sentence suddenly realised he wasn’t listening. He’d overcooked a corner, which caused him to become well acquainted with a grass verge. He had clearly decided that this would be more interesting than my endless chatter. Fortunately he stayed upright. We all rode together past Tatton, then through Ashley and Hale and on to the inevitable sprint to the café, with Emily and Steve 1 putting the hammer down. Steve 2 and I stayed close on their wheels. Unfortunately for Emily and Steve 1, they were riding so fast they missed the right hand turn to the café. I managed to nip round the corner quickly whilst the others were dithering, and was first to the café. What’s that lane about youth and fitness being no match for age and treachery?! So I was the clear winner. I should add, Emily was not as persuaded as I was, and resolutely refused to accept defeat.

We enjoyed lunch at the café. As we were about to leave Jamie appeared from nowhere, having somehow become lost en route: he decided to join us for the return ride, so never got his lunch. We rode home in good style, although at some point we somehow managed to lose Derek and Henry. We stopped, and Alan managed to get hold of Derek on the phone to ascertain they were OK, and we then left them to it.

With us were: Alan Silver, Derek, Emily, Henry, Gina, four Steves (yes honestly), Matthew, Andrew, Jeff, Mike and new boy John, who seemed to enjoy himself. Sorry if I’ve forgotten anyone and thanks all for a lovely ride and good company. 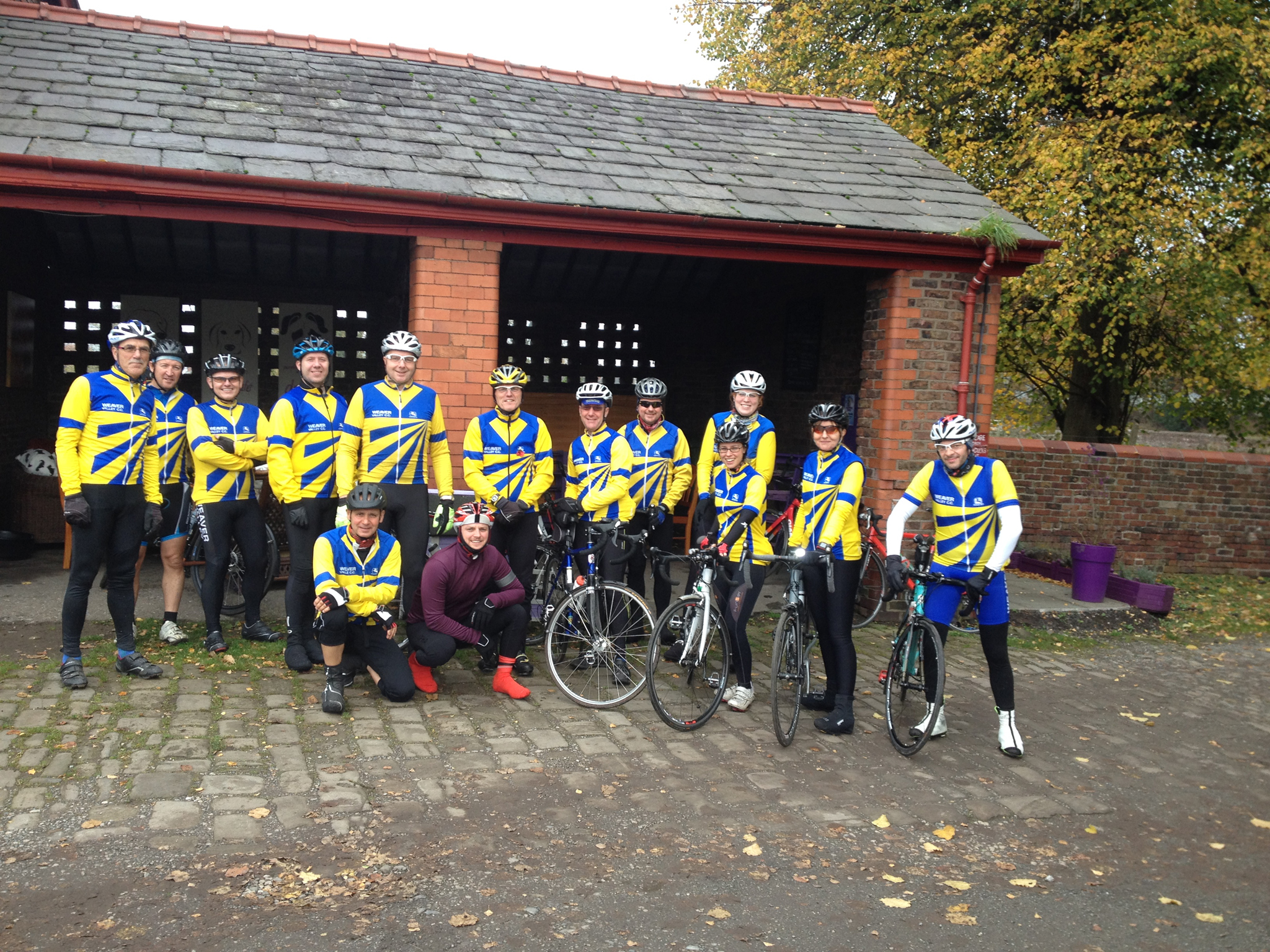 Our four Steves are first, third, fourth and fifth from the left, with Mike as the interloper.