Well, after Saturday’ sporadic showers, it seemed appropriate to nip down to the finishing circuit of the Mersey Roads 24 hour, to, at the very least, shout words at Dave as he suffered for the last few hours.

Arriving far too early, I had the chance to watch some of the Wrexham Fibrax RC Summer Road Race, which was being held on the Saighton circuit, and in which our very own Mr Kemp and Howkins were riding.

They looked to be having a nice time. 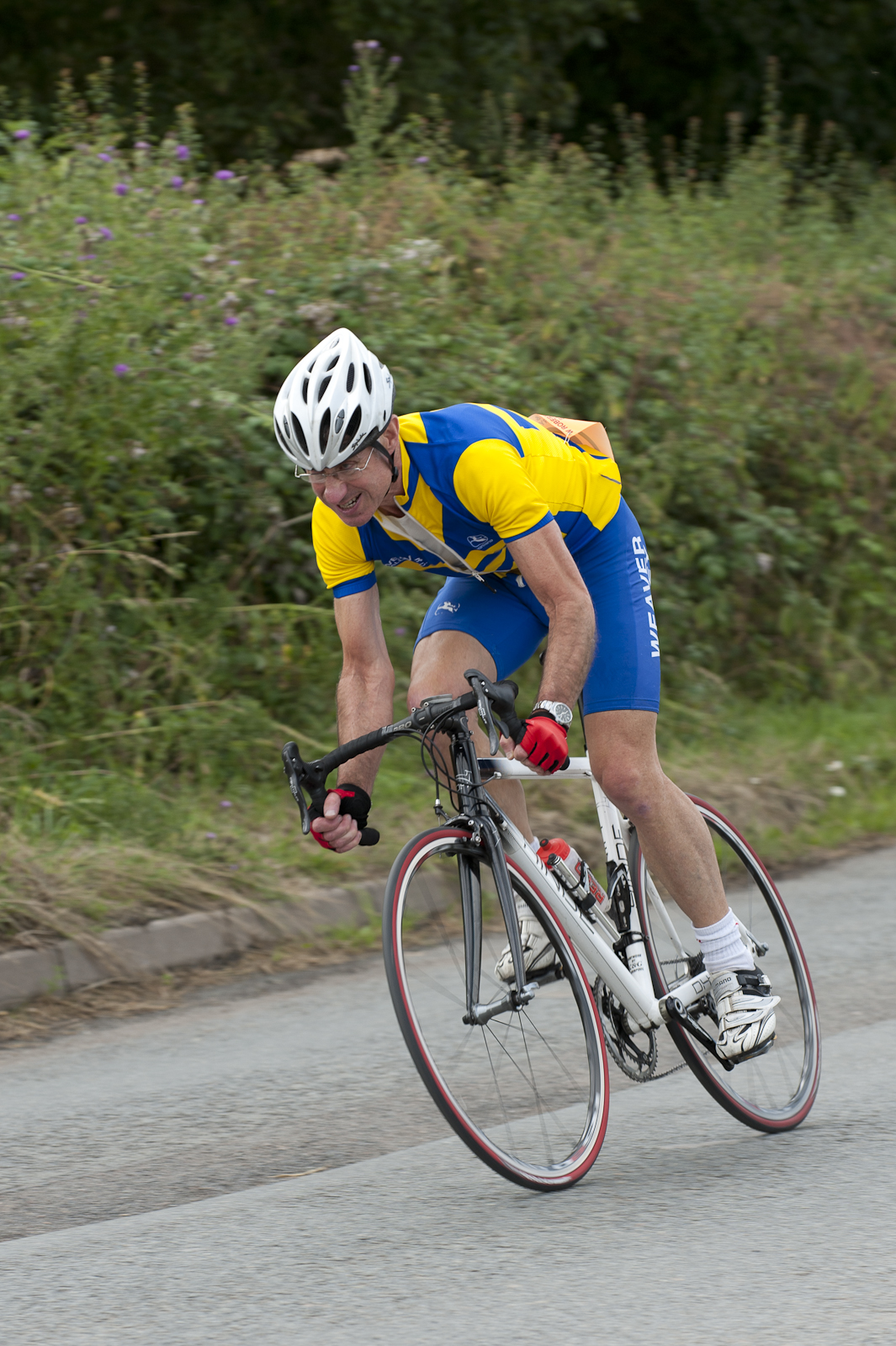 Don’t make him angry, you wouldn’t like him when he’s angry…
Alan attacks. With anger. 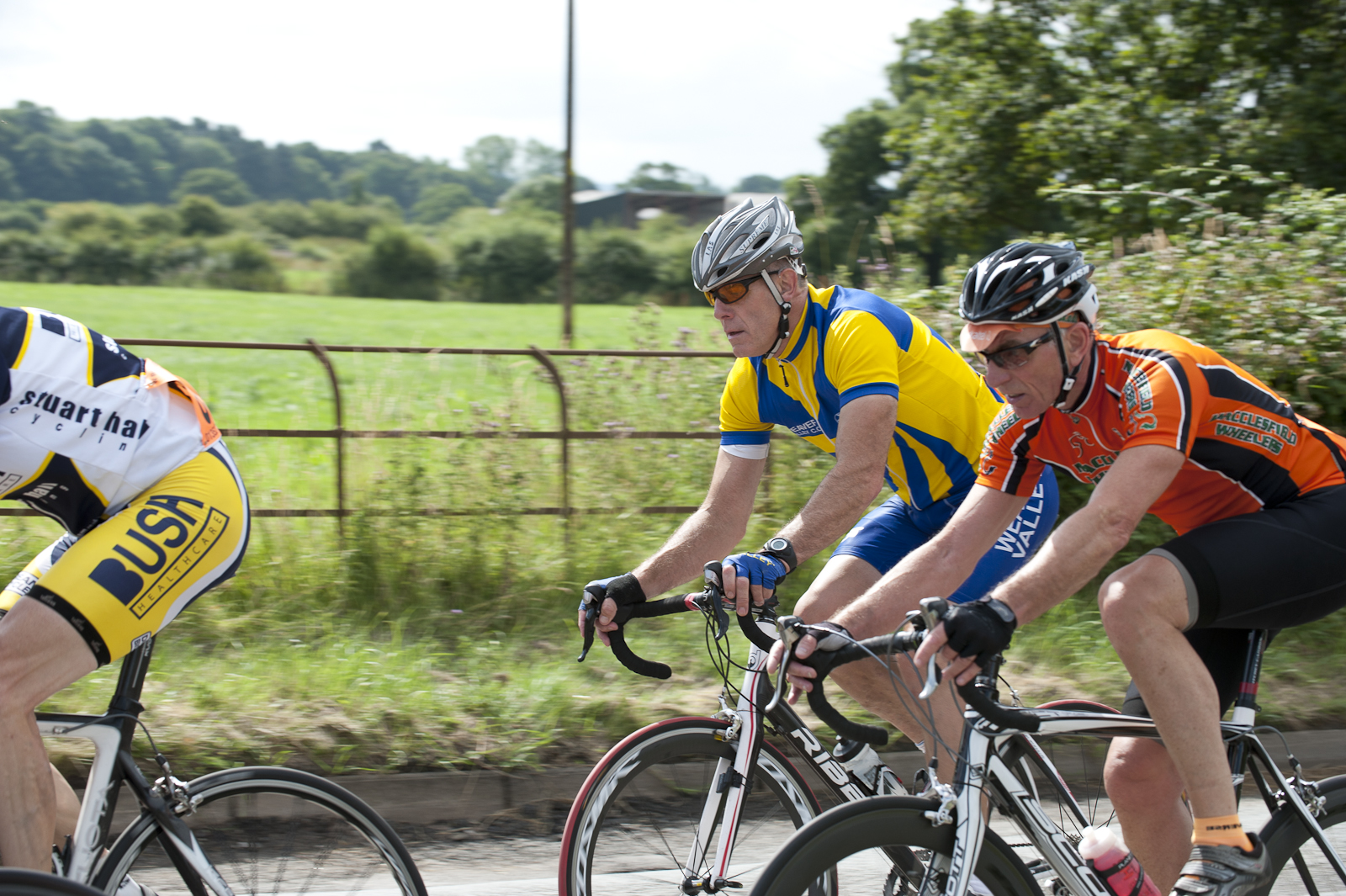 Ewart has a sneaky kip in the bunch.

Unable to stand at Bruera any longer (due to overwhelming aroma of the nearby muck spreaders going at full chat), I cycled around some of the finishing lap, to await Dave and the other brave sould who were finishing the 24. Soon, I was joined by Mr Gilbertson, and after a quick jaunt to the HQ, tripped back to the corner of Sibbersfield Lane. 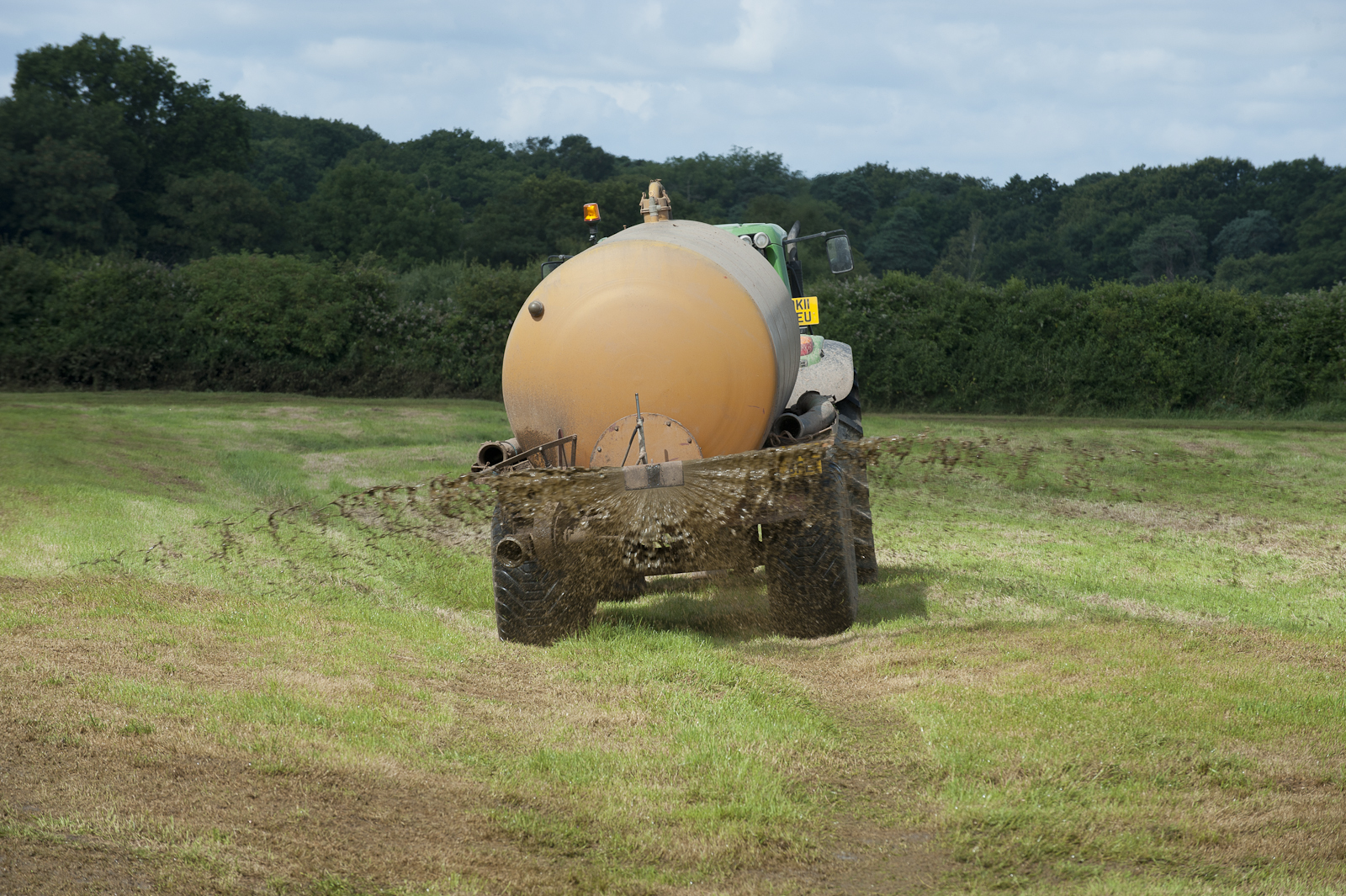 I’m sure it makes your spuds grow lovely like. It don’t smell very nice though. A muck spreader. Earlier today.

The calm and serenity of the day was disturbed by a bunch of cycling yobs, waving and shouting, but they soon went. 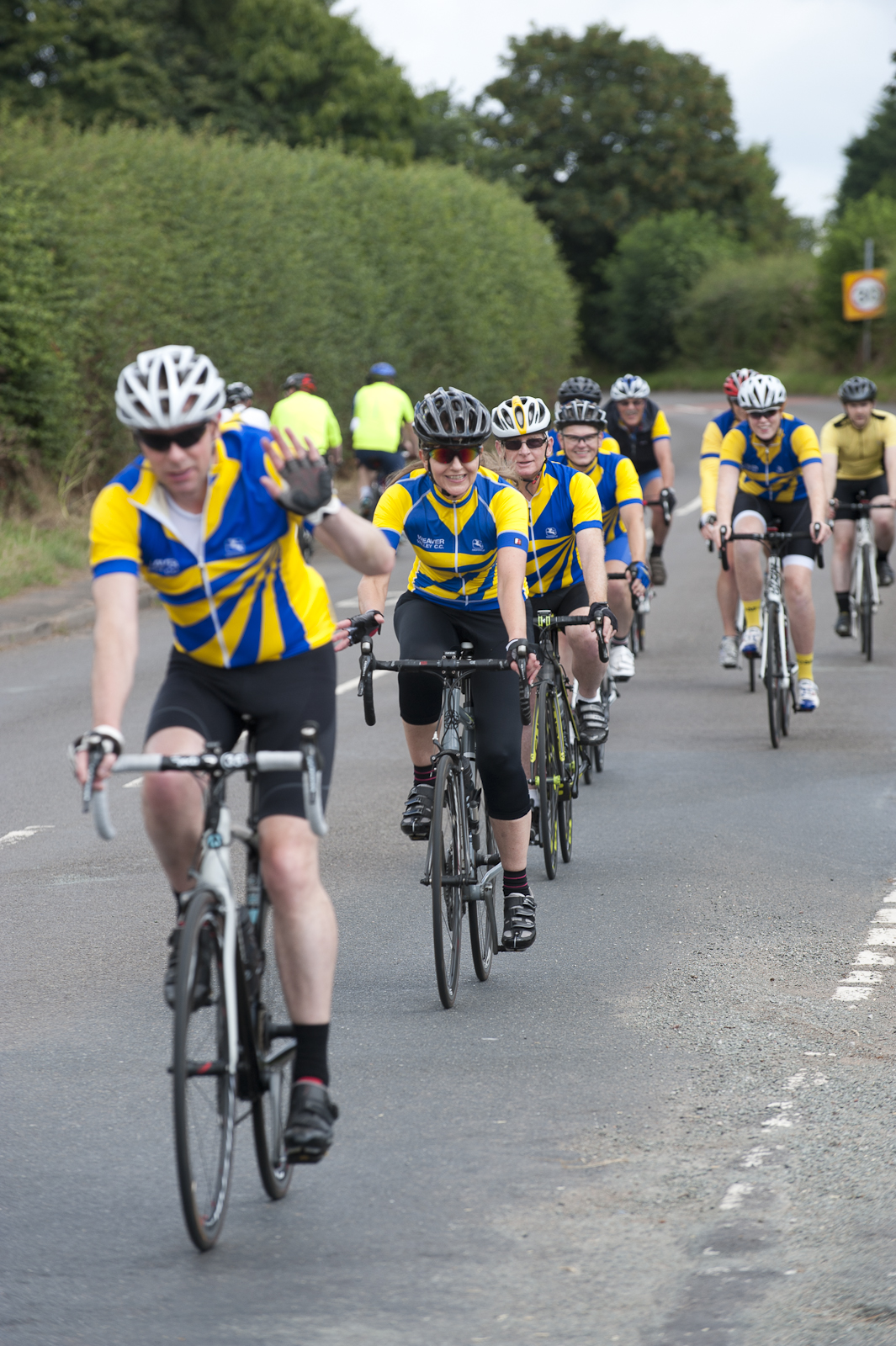 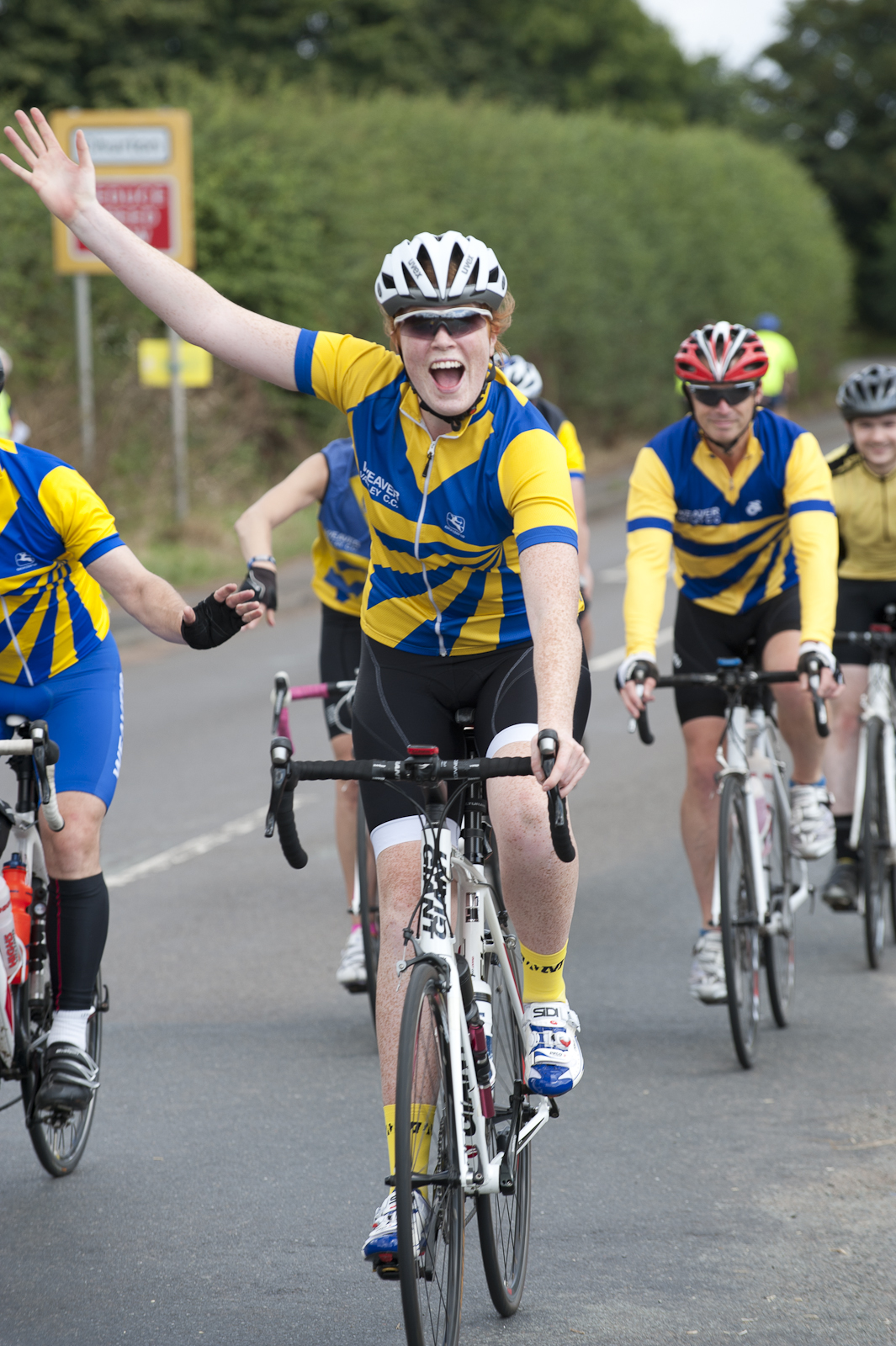 Mad as a badger, Emily was clearly delighted to see us.

Not long later, along came a mix of some very tired and amazingly, some very fresh looking riders. Dave came around the bend looking like a man possessed, with the flattest TT position I’ve ever seen. 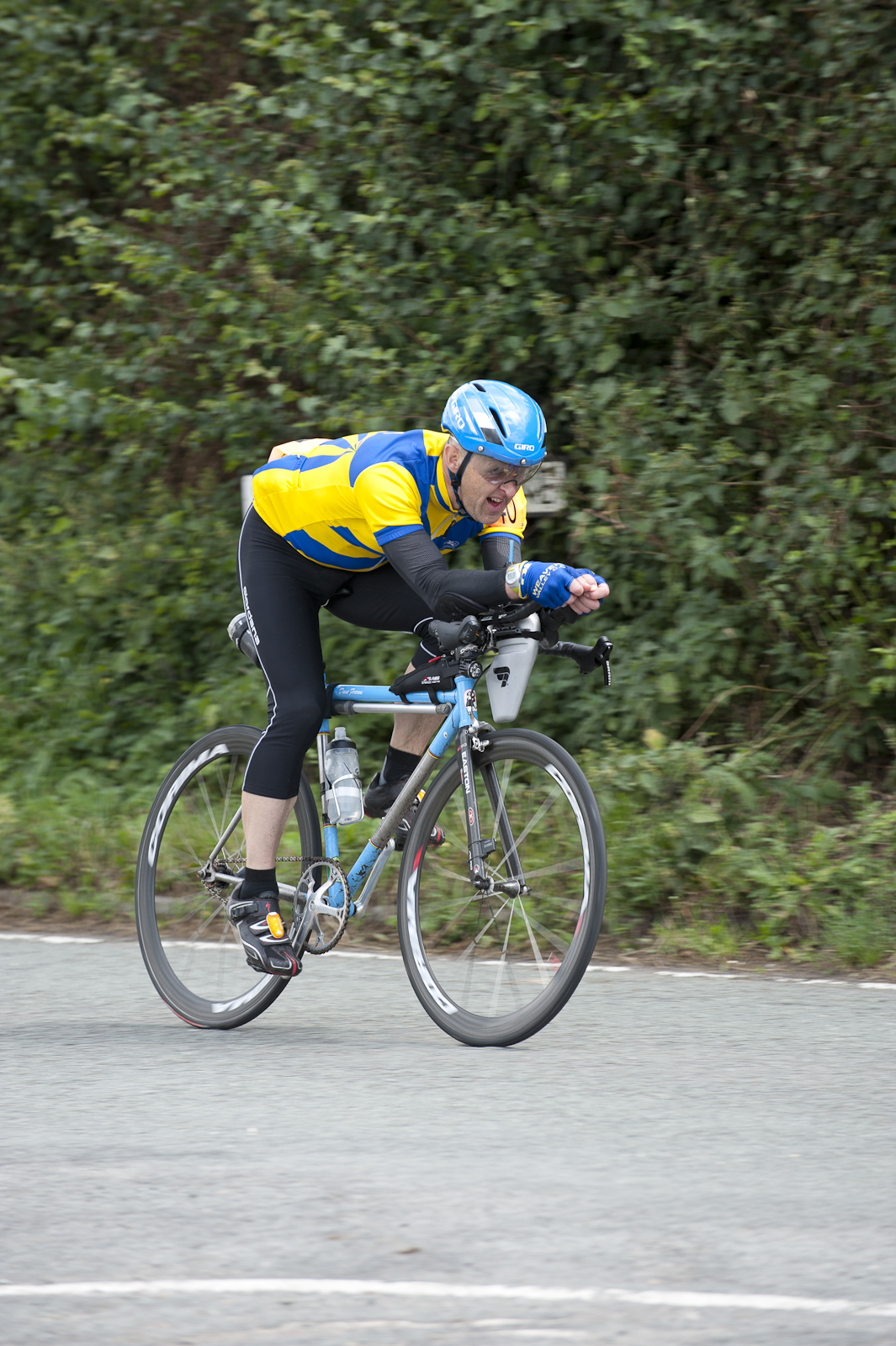 We then moved back round the course, to be joined by Tim and Sid, as further extra annoyances for Dave.

This seemed to work, as he came round the corner at Bruera, he looked pretty fierce. 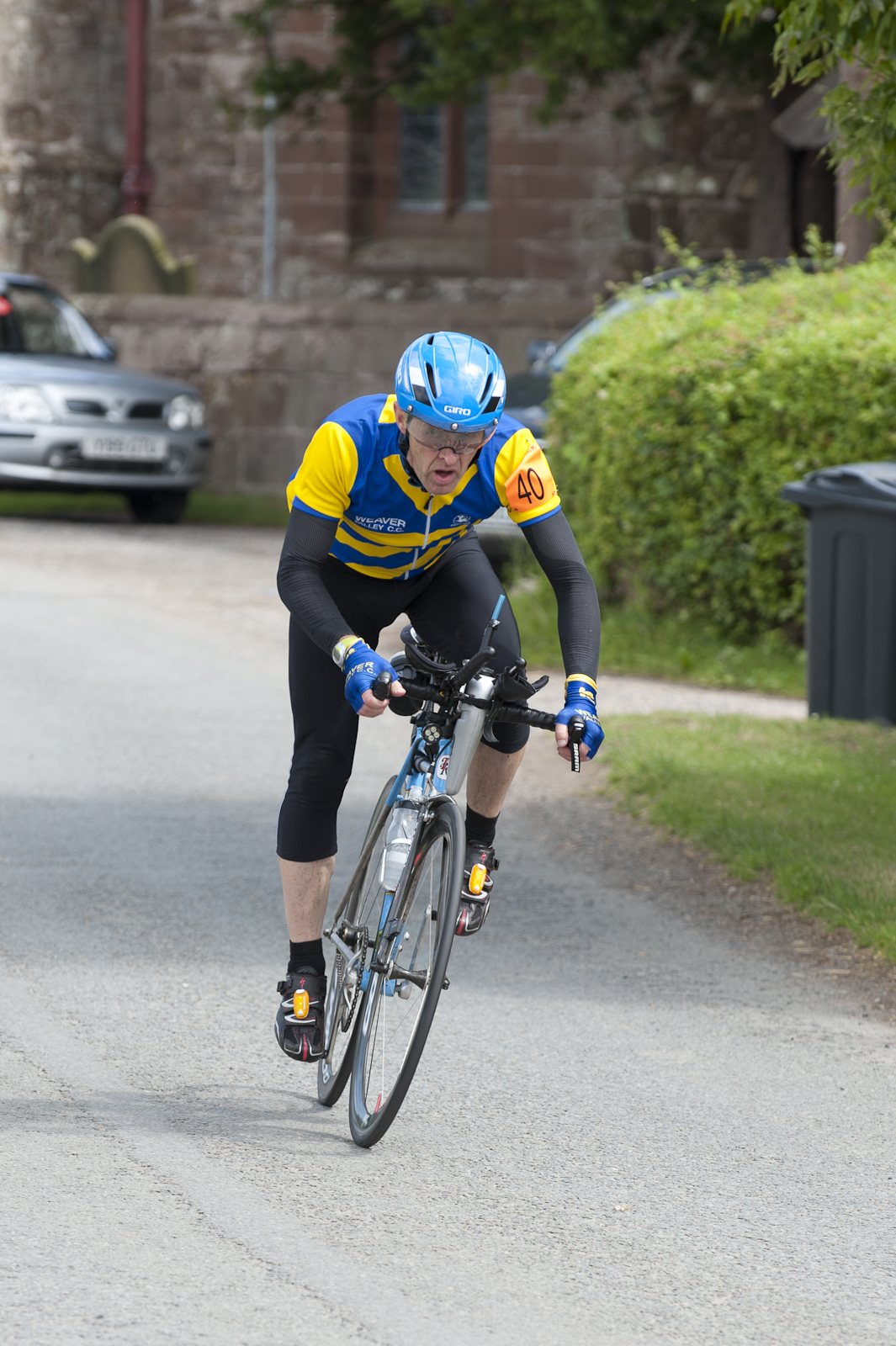 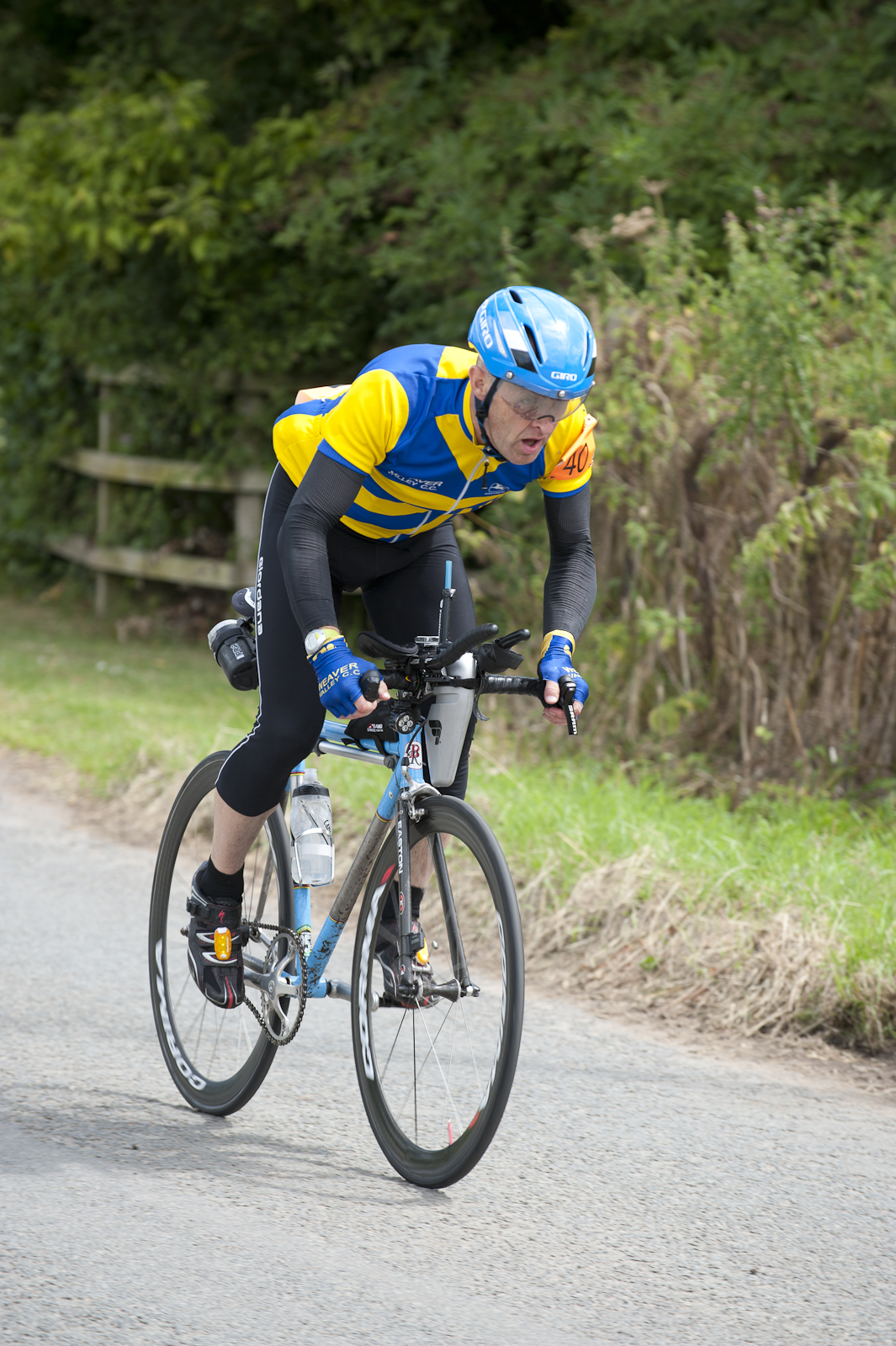 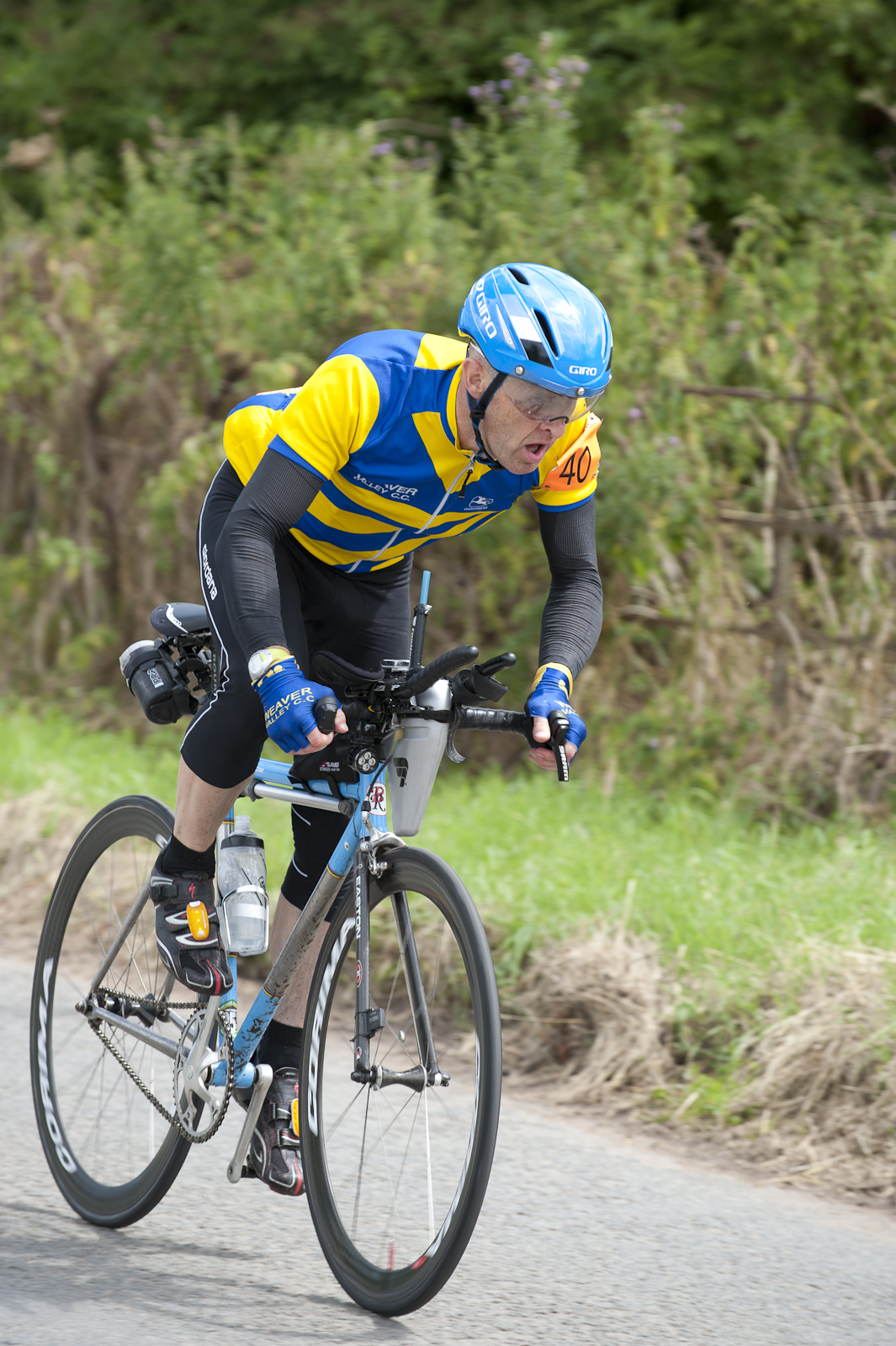 ..he may be dangerous.

With only about a lap to go, we moved on again to the main road, and Dave came around, looking in a world of hurt, still crouched, still churning, with one bloodshot eye… 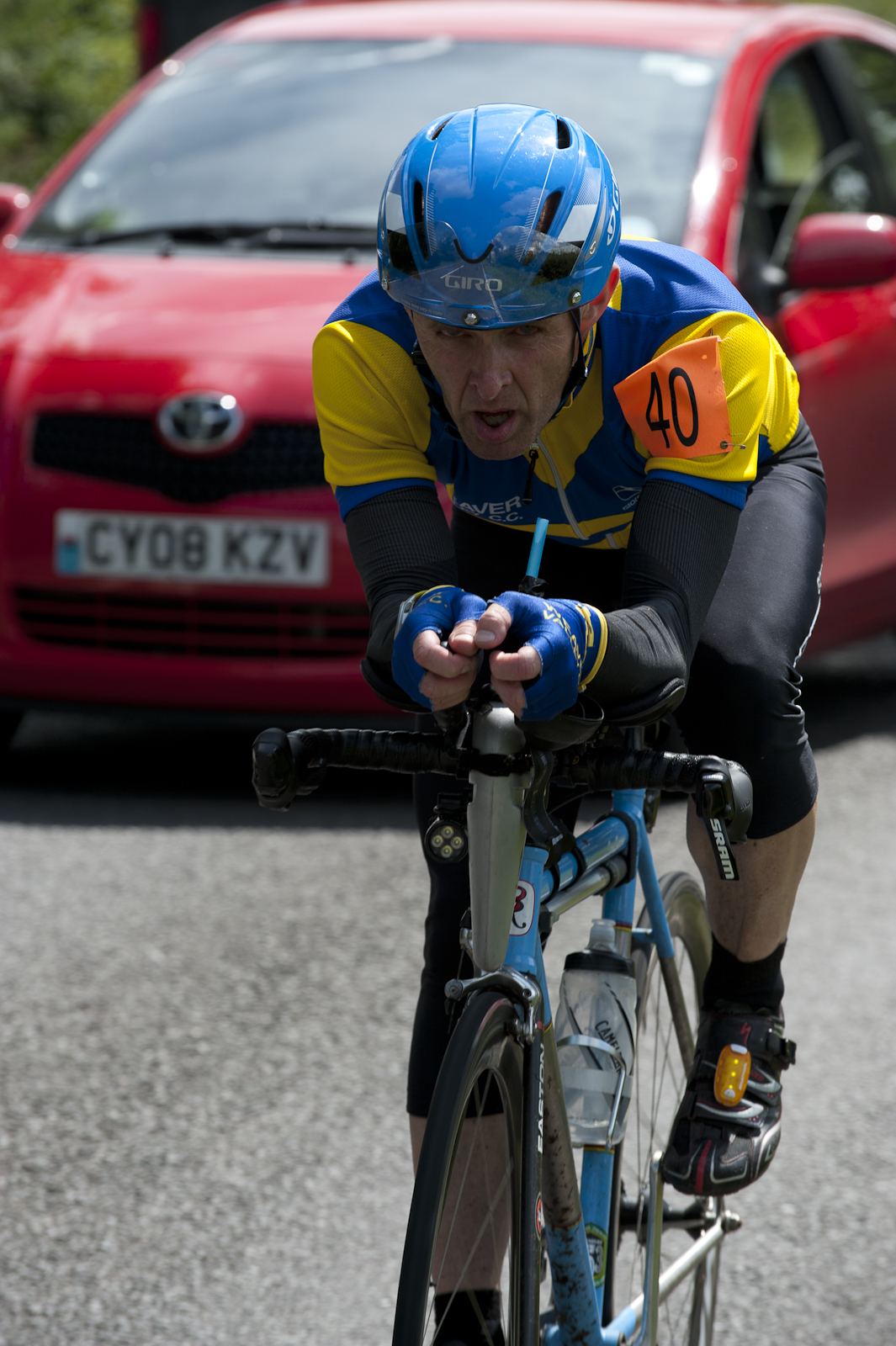 This is what pain looks like boys and girls.

Full results of the 24 in the results section.