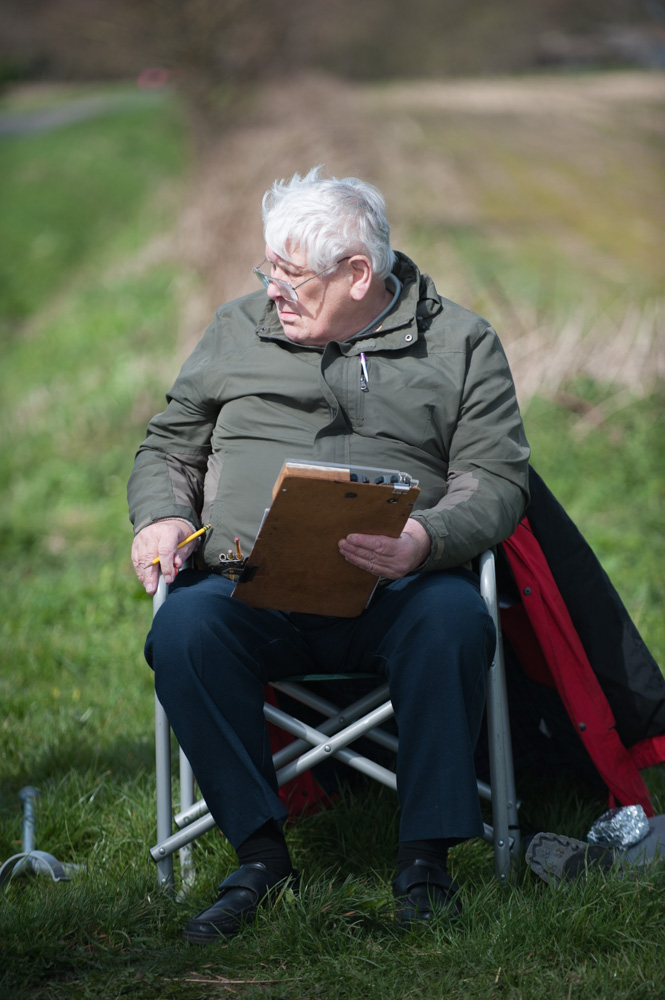 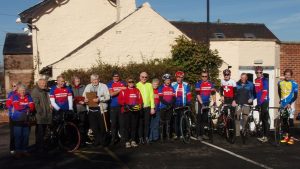 I received the following e-mail from Carol Pardoe at the M&DTTA about the sad passing of Gordon Pickering.  I worked with Gordon a lot as he used to be the area Courses secretary, a job which I have now taken over plus I sit on the M&DTTA  committee and he was active in both organisations for many years.  I’ve also known him as a friendly and chatty person who has put decades of work into the sport of time-trialling and would do anything to help anybody.  A great guy and some of you may know have also know him and may wish to attend the funeral to show your respects.  The picture above shows Gordon (with the stick and as usual with a clipboard in his hands) surrounded by many of his friends and clubmates.  Carol’s e-mail follows:

It is with great sadness that we report the passing of Gordon Pickering, President and Chairman of the M&DTTA, and Time-keeper extraordinaire in all our Cheshire events. Would you be kind enough to put this on your club website please?

The funeral will be on Tuesday July 11th at Altrincham Crematorium, 1.30pm.