We’re steadily heading toward the end of the road racing and time trialling season, and today’s 10TT by Withington Wheelers was a late add on after an event was cancelled with bad weather (I think!) earlier in the year. For the last J course 10 of the season, the entrants were Sam Taylor, Lynsey Astles, Carol Robson, Dan Robson, Dave Curran and myself.

After some issues securing a race on the faster J2/1 course, todays TT was on the J2/3, which starts at Twemlow Lane and rolls to Chelford Island for 6 miles, before a 180 degree turn back and 4 miles home. Luckily this morning’s pouring rain had stopped, and Twemlow Lane hadn’t flooded badly enough to make it dangerous and cause riders to cross onto the wrong side of the road. Our main battle was therefore going to be with the strong wind, which luckily was a tailwind out on the longer leg of the course, then a block headwind home for 4 miles.

I don’t have too much to report on today really, I was fortunate and had a clear run on the course, only taking my hands off the skis to navigate the roundabout. Of course I had to fight a lot harder on the way home to not lose my average speed, but aside from that I felt really strong and had the best 10TT power output I’ve had all year which is a bonus! I’m chasing hard on the Manchester and District Ladies BAR trying to beat my best time of 24:22 and today I could tell I wanted it.

Everyone else also noted how windy it had been out, including Sam who was ruing leaving his pink pippy long stockings at home. The last time we rode this course was on a boiling hot 28 degree day and it was distinctly unpleasant, so I think we all enjoyed our trip out a bit more for this one!

Results (provisional, but not expected to change)…

I’ve checked the start sheet details and it mentions a team prize for the fastest team of 3, and if there’s a women’s specific one for this, Carol, Lynsey and I must have won it coming 1st, 4th and 5th, which is great!

Personally I’m really pleased to take the win today. I didn’t get the season’s best time I wanted but in that wind and on the slower course I couldn’t change much there. I know Claire didn’t get a clear run but it’s the best I’ve ridden a 10 this year so I’d like to think it would have been mine regardless. For everyone else, there were a lot of course PBs including Carol who knocked 57s off her previous best. We would have gone to celebrate but with no Andy Milligan out the pub wouldn’t have felt the same 😊

Only a couple of Cheshire 25s left of the season now, so here’s to a strong finish to a superb time trialling year for this club. 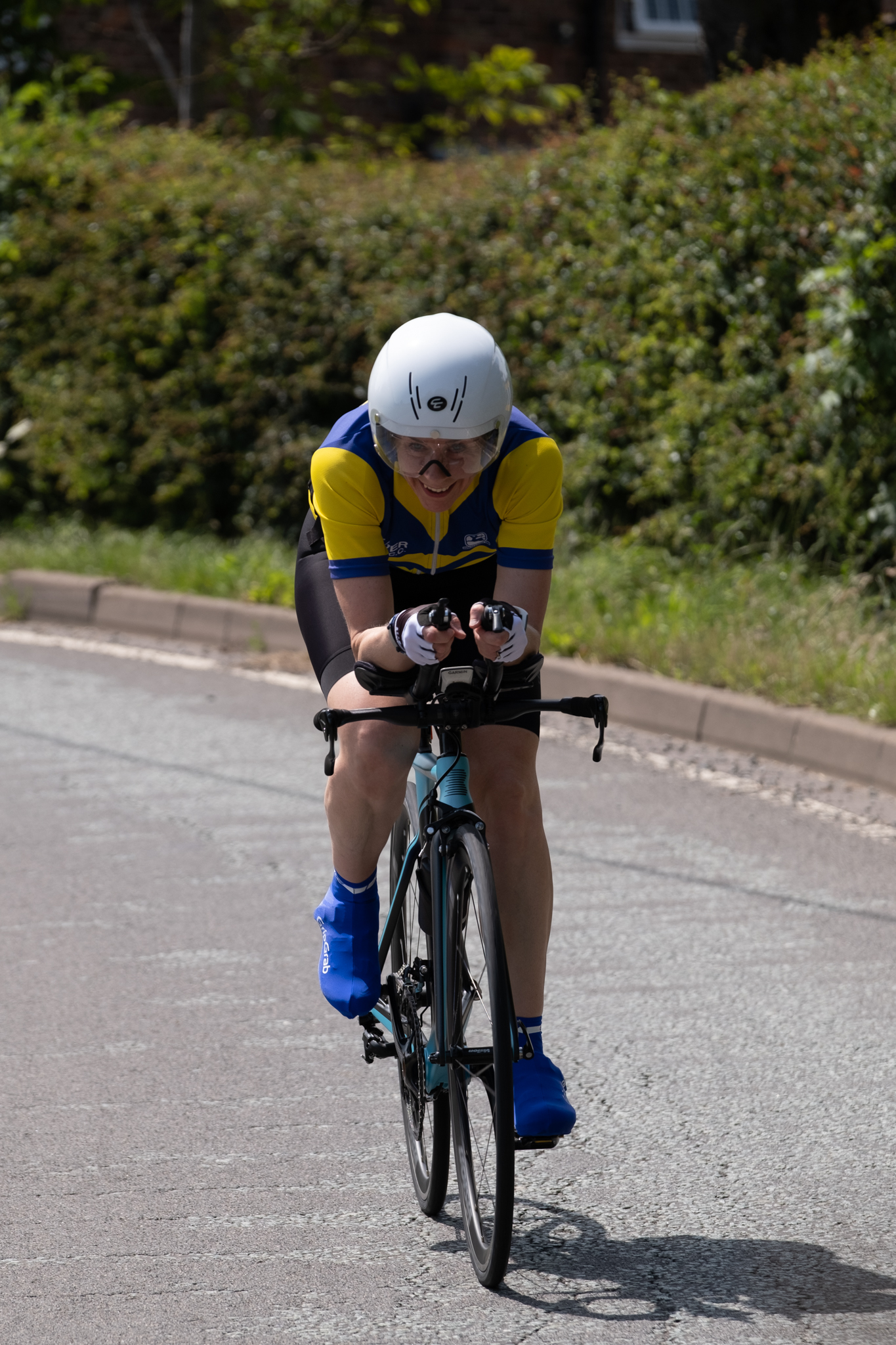