To Holt with the Wednesday Wrinklies…

I managed to get a day off work today and enjoyed a rare ride out with our wrinkly colleagues.  Well they might be wrinkly, but they’re still very fit and also very friendly and chatty.  And they’re very bad at setting off on time. I was at the meeting point at 9.45 and we finally set off at 10.20.  But that’s because when you’re retired you can afford to be very relaxed.  Anyway despite recent rain and wind the weather wasn’t too bad, and amazingly warm (15 degrees), so most of us were ridiculously overdressed.

We rode on a pretty route, on quiet, narrow roads via Tattenhall and Carden Park to Holt.  Once on the A road, just short of Holt, a dirty big tractor passed us spewing out all sorts of nasty stuff.  So Rob thought it would be a good idea to tuck in right behind it and get a tow, and he shot off looking a bit like Contador when he held on to that wing mirror in the Tour.  When we saw him next (Rob that is, not Contador) he was quite pleased with himself, although a tad dirtier and smellier!

Lunch was enjoyable and then we set off home, the direct way, with the odd bursts off the front by Rob and Keith who can’t really help themselves, but generally we all stayed together and chatted our way back to Whitegate where we said our goodbyes. I think we did somewhere over 50 miles.

There were a few riders there I’d not met before, so forgive me if you’re not mentioned, but thanks for your company to: Rob x2, Terry, Dave, Keith, Vince, Andy, Graham T, Richard and Richard’s niece’s partner and Sid, and A. N. Other who left us at Tattenhall.   (Jed where were you, I was looking forward to catching up with you, they say they’re all missing you!!) 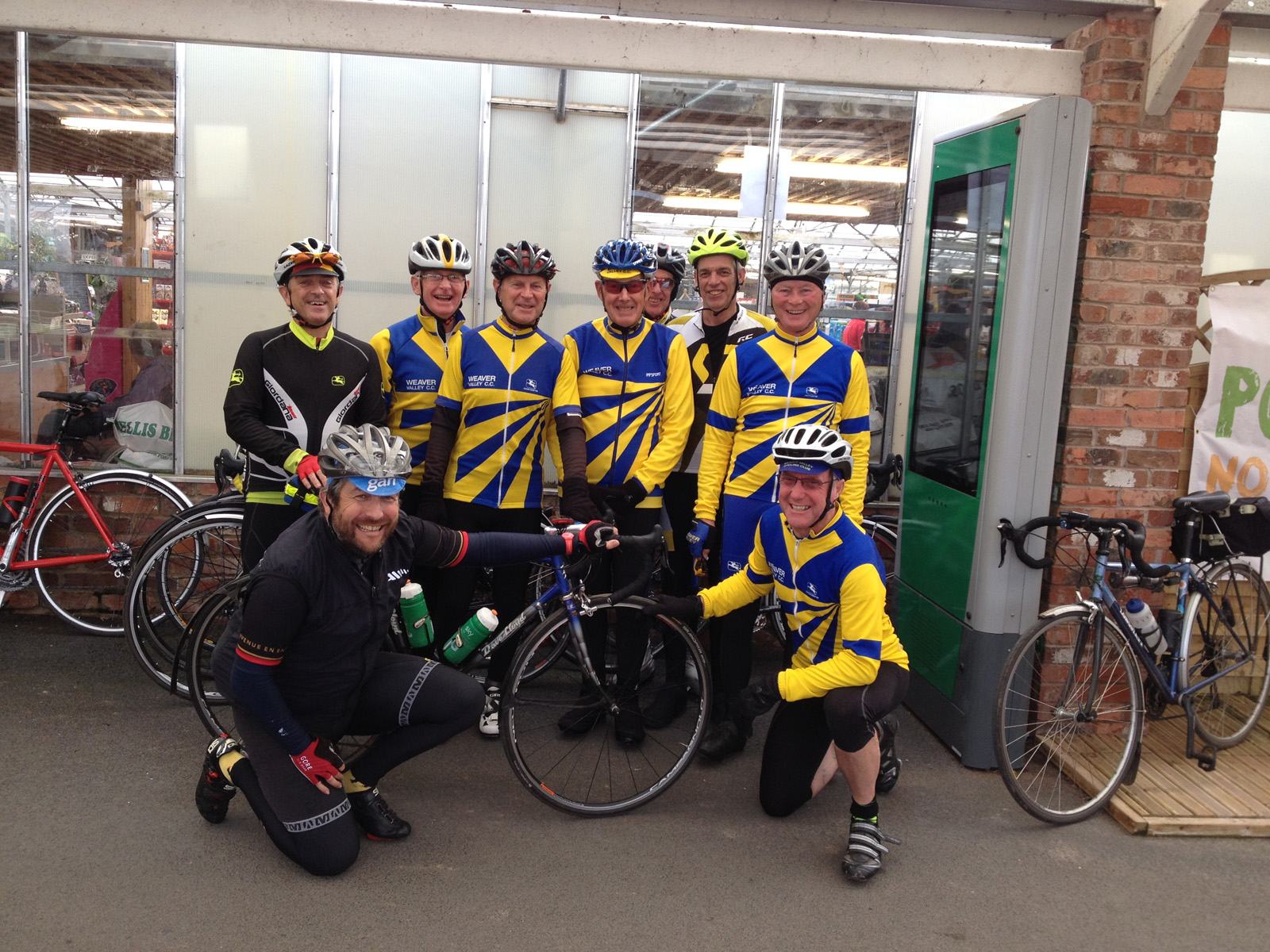 I struggled to persuade anyone to kneel for this photo. If you’re a wrinkly, getting down on your knees is a major commitment…you might not make it up again.