The “not a club hill climb” club run

A beautiful day for a club run with a difference.  Forty or so of us set out from the British Legion (including what I think was a record eight women: Carol, Caroline, Elaine, Penny, Fiona, Nikki, Emily and me).  We headed off in two groups towards the cobbled climb at Bollington – all went well in my group until Henbury, when at a roundabout, a call of “on the right” which meant “watch out on the right” was interpreted as “we’re going right”, leading to confusion and the inevitable offs, but everyone seemed to be OK.  Just as we were about to set off someone then spotted that Simon had not only a wobbly wheel but also a broken spoke, so that needed fixing and then we were off again.

Anyway we all arrived at the bottom of the climb – to find that it had already been appropriated by a fell running race, and it was cordoned off whilst the organisers waited for 100 runners to come haring down it – and we all agreed that 100 runners haring down the hill, whilst 20 cyclists laboured up it, was probably not a great combo.  So – Graham came up with the idea of the Brickworks as an alternative, and we all headed over there and gathered ourselves at the bottom ready to launch our assaults on this 2-3 km climb.  Graham, our time-keeper, rode up ahead of us and when someone asked where the climb would finish, Titch’s answer was “wherever Graham decides when he gets up there” making effort-management that little bit more challenging!

We had to be a bit cautious as this hadn’t been registered formally as a “race”, so we were just a group of pals out on a ride testing ourselves over a stretch of road – which had a certain romance to it, like the old days of TTs.

As predicted by many, Tim Rutherford was the fastest, with youngster Jacob a fabulous second and Kev a proud third.  Penny won the women’s race, with Carol hot on her heels.  Tim was particularly chuffed as he said he’d never won anything before, which is quite something given how fast he is – now he’s dipped his little toe in the water, there will be no stopping him!

And then home, with one group going via AJs and the other direct, motivated by the thought of watching another hill climb of rather grander proportions on TV.

Well done to Titch for coming up with such a great idea, that will surely become another highlight of the WVCC annual calendar; and to Titch, his dad, Alan and Graham for pushing off and timekeeping services.  It was great to see so many riders out, and the climb definitely made the ride memorable.

Herewith the results of the ‘Not Cobble Wobble’ – perhaps to be renamed the ‘Brickworks Struggle’: 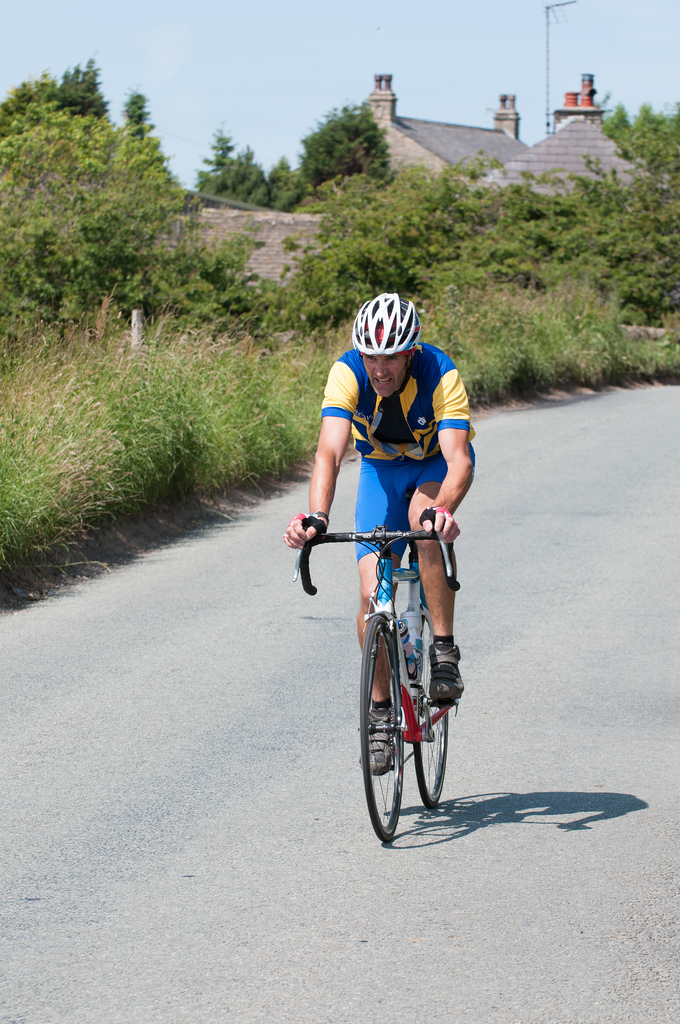 Winner - Tim Rutherford - climbs like Chris Froome up the Ventoux...